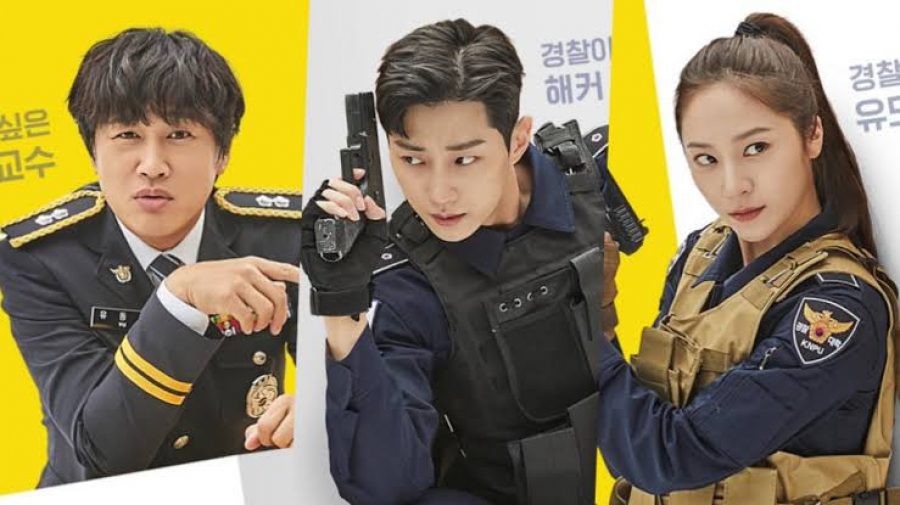 Police University dropped character posters for its leading cast on July 27, 2021, by KBS2. The new character posters amples up excitement for the latest upcoming drama. The other name for the series is Police Class. Police University will depict the story of an investigation between two university students and a former detective. Now, the detective became an elite police university’s professor. One of the students is a genius hacker while the other is a judo player. The pair between the three is unlikely and will be fun to watch as they do not get along.

The production team stated that there are different charms and personalities of the characters. They have experience twists and turns in life. However, they will mature in their own ways together after meeting at the Police University. There will be the coexistence of tears and laughter in the series. Thus, many people will be able to correlate with the drama. Furthermore, they will come across a grave situation together. Hence, the story will be exciting for finding out regarding their cooperation to carry out the investigation.

A poster together of the three individual characters also got dropped on July 26, 2021. The unique charisma of the characters is captured in the refreshing concept. The actors looked fully into their characters with their police uniforms. One is a veteran detective turned professor, the other is a hacker turned police university student and the third is the rising judo star turned police university student. It will be interesting to see how the unlikely pair will for the team to solve cases.

Police University first character poster is Yoo Dong Man who is playing the role of a veteran detective. Cha Tae Hyun is depicting the character respectively. In the poster, we see one of his legs over a wall. The position looks funny and humorous. However, his expression is serious with one of his hands resting on the chin with the leg as the basis. His expression looks determined as he is thinking about something while his eyes are staring at something. The poster also has a text describing him as someone who wants to go back to being a police officer, despite being a professor in a university. 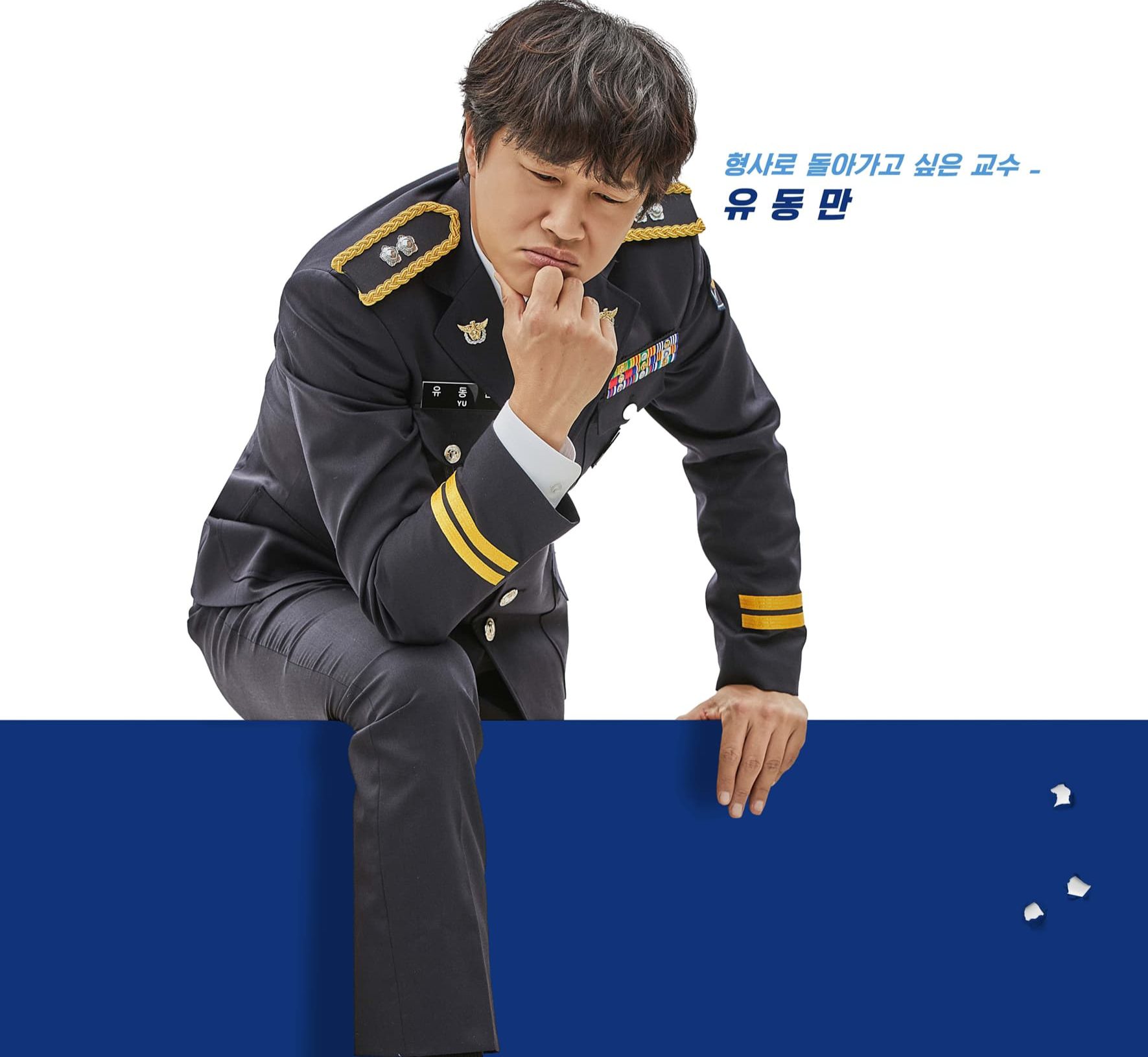 Also Read: Why Did Nina And Ian Break-Up? The Vampire Diaries Couple’s Controversy

Police University second character poster is Kang Sun Ho as one of the students of Yoo Dong Man. Jinyoung is depicting the character respectively. In the poster, we see him lying on the floor with a laptop in one of his hands and a gun in the other. His expression looks lively with a resolute to catch the wrongdoers. His poster says about him wanting to be a police officer despite being a hacker. It arouses the curiosity as to why he wants to follow the particular path and fulfill that dream only. 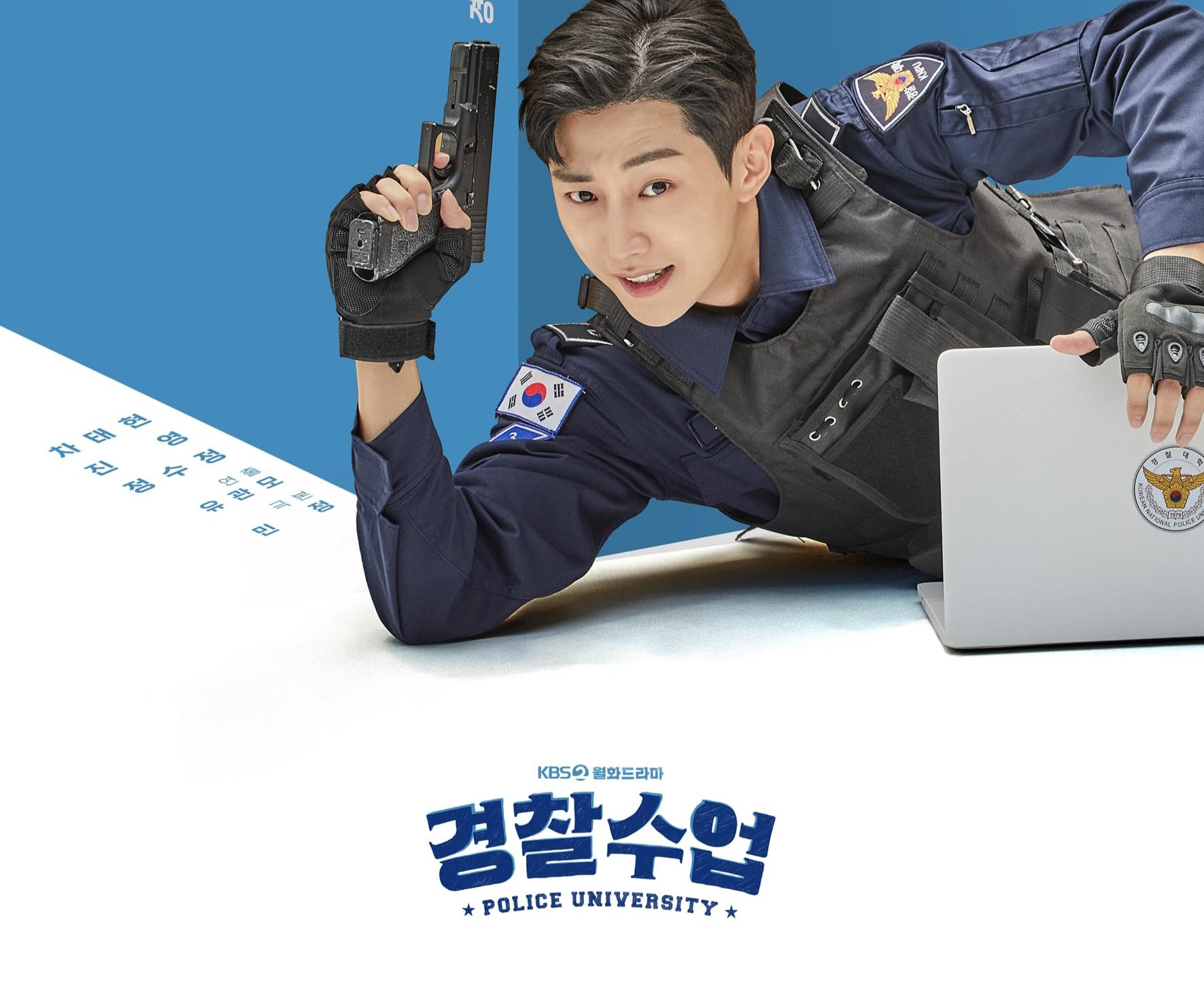 Police University third character poster is Oh Kang Hee as the student of Yoo Dong Min. Krystal is depicting the character respectively. The singer and actress portray her charm in the poster. She has a gun in her hand that is aiming that something with a sharp look in her eyes. The dynamic posture showcases her charisma. There is a text on the poster saying a judo girl that has the dream to become a police officer. 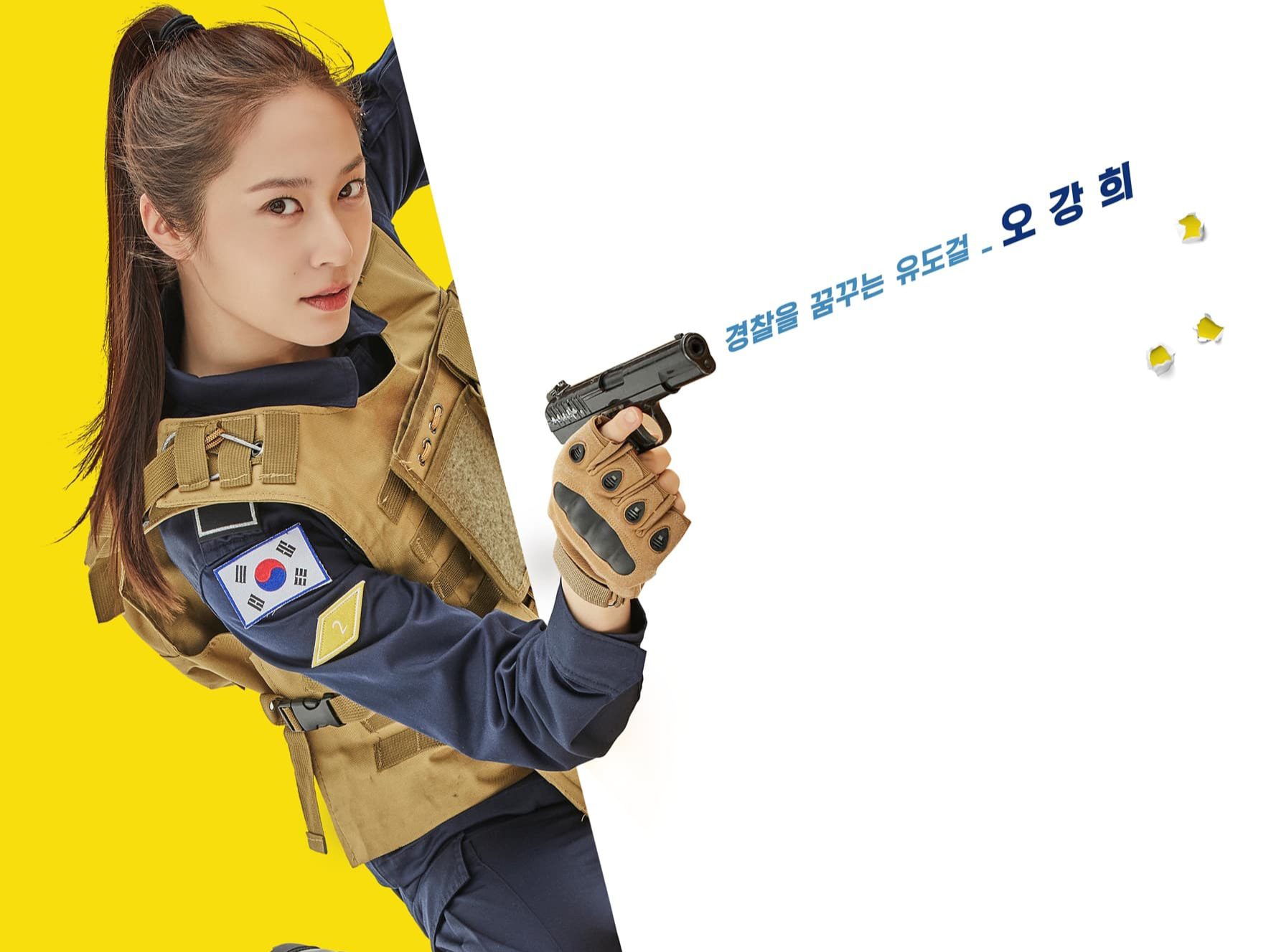 Police University’s producers commented on the characters of the drama. They shared how the different characters, Cha Tae Hyun, Krystal, and Jinyoung have their respective different charisma. They also have a perfect harmony which showcased their brilliant synergy. The producers also spoke about the three characters that do not seem to fit together and have mismatched teamwork. However, the same will convey a different kind of fun to the public. The producers also asked the viewers to look forward to the harmonization between the pairs and depicting fresh chemistry despite the police university has mysterious circumstances surrounding them. Police University will air from 9th August 2021 on KBS2 at 9:30 p.m. KST. The same will be available at Viki for streaming with subtitles.

Also Read: Who Is Nick Bencivengo’s Girlfriend In 2021? The Love-Life Of American TikTok Star