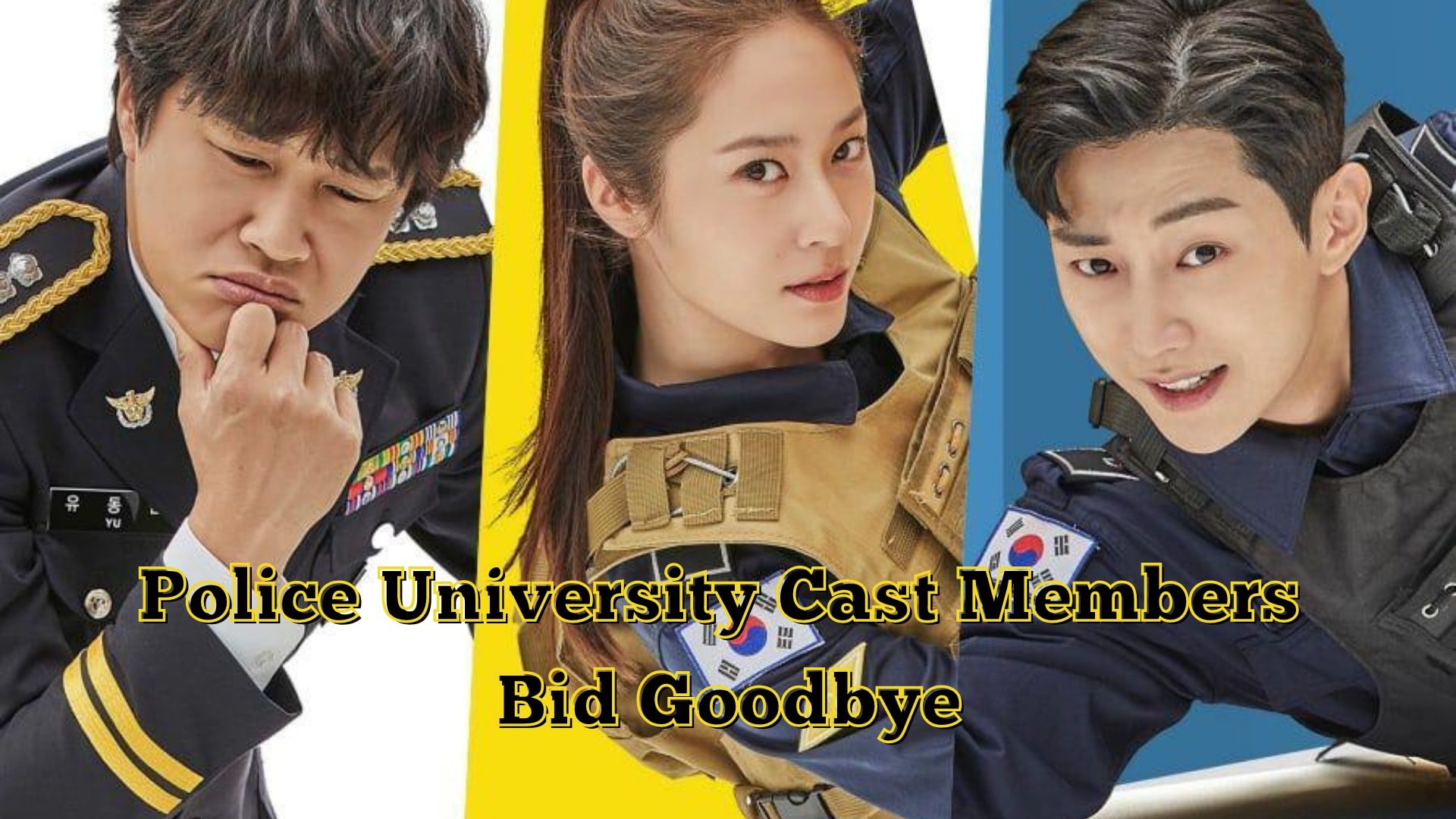 Finally, KBS2’s Police University concluded on Tuesday, 5 October 2021, with steady ratings. The storyline follows the lives of students and professors at Korean National Police University. It is a youth drama that shows a beautiful journey of rookie police students joining hands with police professors to solve crime cases. Police University main cast Cha Tae Hyun, Jinyoung, and Krystal, have showcased their excellent, praiseworthy performance. It is one of the factors why you should not miss out on Police University kdrama. The drama has shown steady character development, presenting different shades of each character.

With Monday-Tuesday KBS2 Police University kdrama concluding, the main cast Cha Tae Hyun, Jinyoung, and Krystal, share their final thoughts and favorite scenes. Cha Tae Hyun thanking the drama said that there were many exciting, fun moments and heartbreaking scenes. However, he is grateful that they were able to finish the kdrama without any accident. For that, he sincerely thanked the director, staff members, his seniors, and juniors who worked hard for days and nights. Also, the viewers who stayed with him every week on Monday and Tuesday.

Episode 9 of Police University showing Dong Man left the university to catch Go Deok Bae (Shim Seung Hwan), an illegal gambling supervisor, is the most memorable scene for Cha Tae Hyun. He expressed his impression of Dong Man’s raw sincerity towards his students and the tormenting disturbances due to the boundaries between being a detective and a professor. Cha Tae Hyun deeply sympathized with the inner emotions of Dong Man character. In addition, he shared that If the police do not give up, justice will surely come. It is Dong Man’s famous line which Cha Tae Hyun loves most. 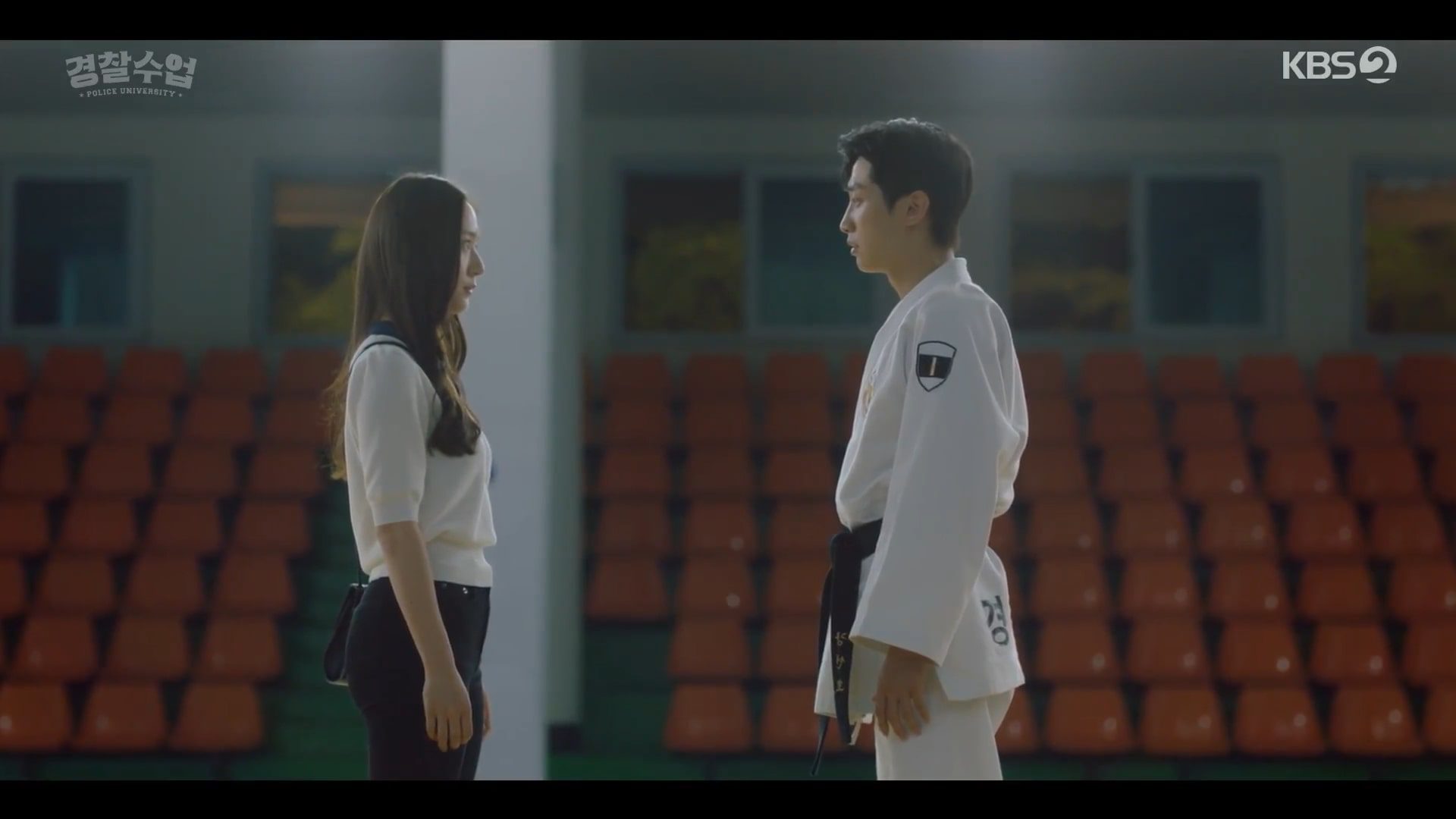 Jinyoung also expressed his gratitude, saying he finally got to work with the cast he loved for a long time. It was his comeback drama. Therefore, he was nervous while playing Kang Sun ho role, but thankfully, everything concluded on the happy term. He seemed delighted with the positive reviews Police University received over the period and thanked viewers for loving Jinyoung and Kang Sun Ho character. He picked up the scene from Police University Episode 9 when Kang Sun Ho confessed to Oh Kang Hee and confirmed their feelings for another one. It is one of the famous love scenes. Jinyoung said that Sun Ho finally showed character development and got out of his timid personality. From this point, Kang Sun ho grew up in his relationship with Kang Hee.

Last but not least, Krystal, one of the lead cast members of Police University, expressed her feelings, stating she lived as Oh Kang Hee for over half a year. Unfortunately, she cannot show Oh Kang Hee through Police University anymore. Krystal chose the court scene from Police University Episode 4. It is the scene where Kang Hee stood as a witness in the illegal gambling trial of her mother Oh Jung Ja (Kim Young Sun). It was the most memorable scene for her. After all, it showed a different side of Kang Hee, who always seemed curt and apathetic. The scene excellently exhibited Kang Hee’s affection for her. Krystal concluded by citing Kang Hee’s famous line of doing whatever she wants to do, leaving fans in awe. 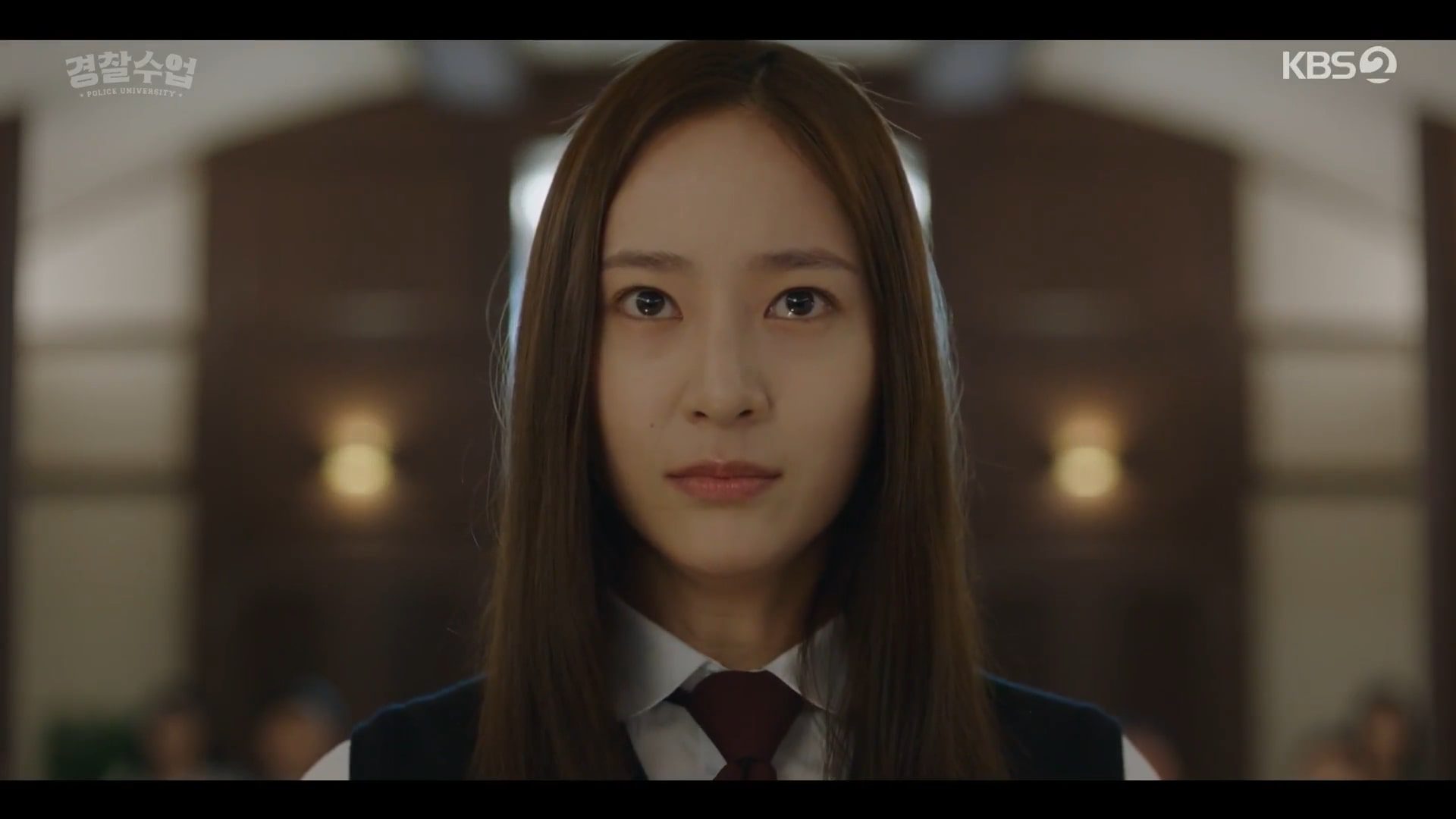 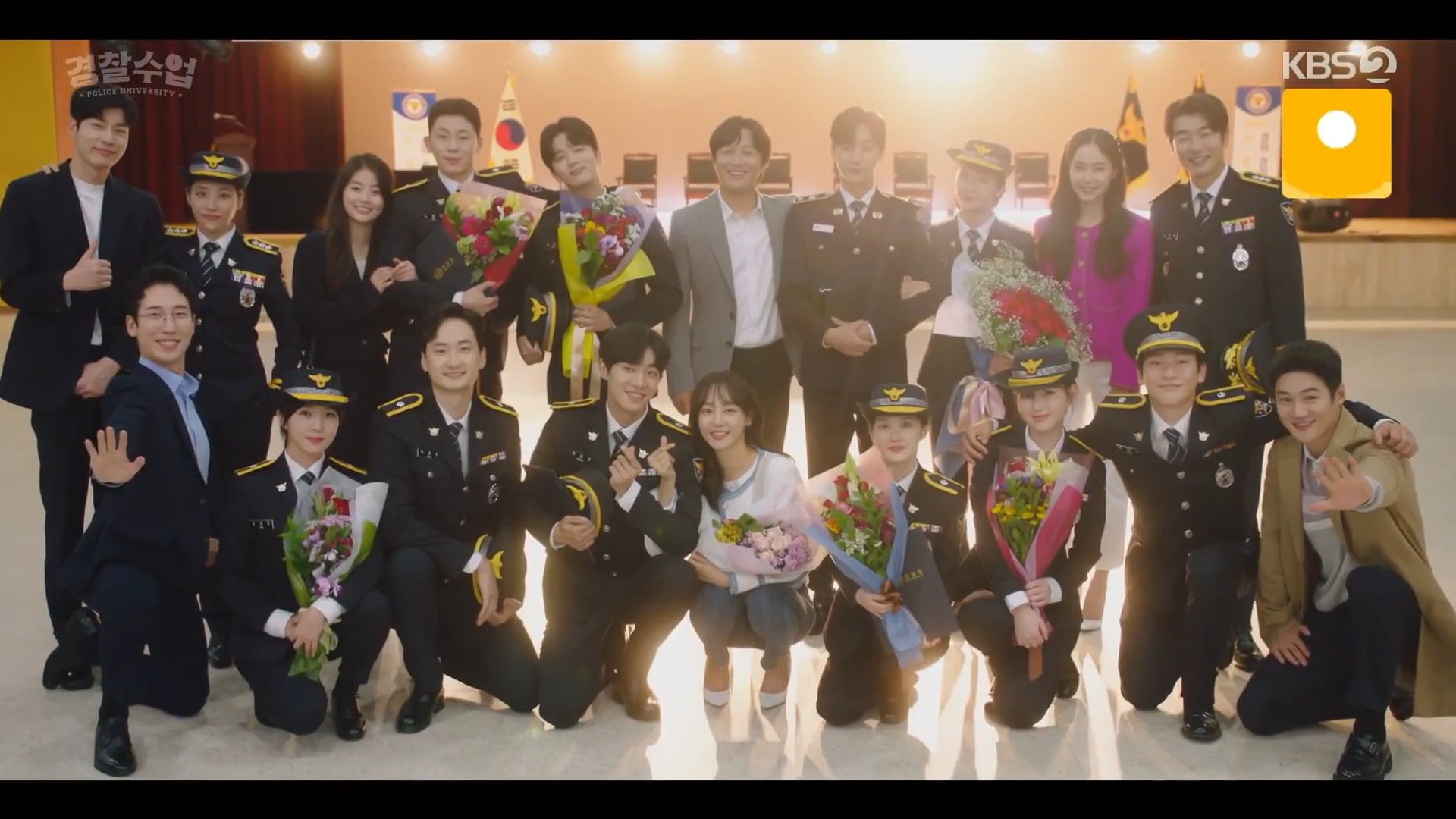 She continued saying this experience imprinted on her heart and would stay for a long time. Also, Hong Soo Hyun appreciated viewers for loving her character. It led her to learn new emotions and character intensity which will be remembered as precious memories with pleasure.

Police University recently concluded with steady ratings, drawing viewers’ love throughout all 16 episodes. The kdrama remarkably showed a youth growth story which was full of laughers and numerous emotions. Every cast member became one with their character in the kdrama. They showcased every small detail and emotion, ending with applause on the small screen. If you enjoy light rom-com with an action pack, Police University is your cup of tea!

Also Read: Kdrama of the Day: A Love So Beautiful Cast, Review & Where To Watch