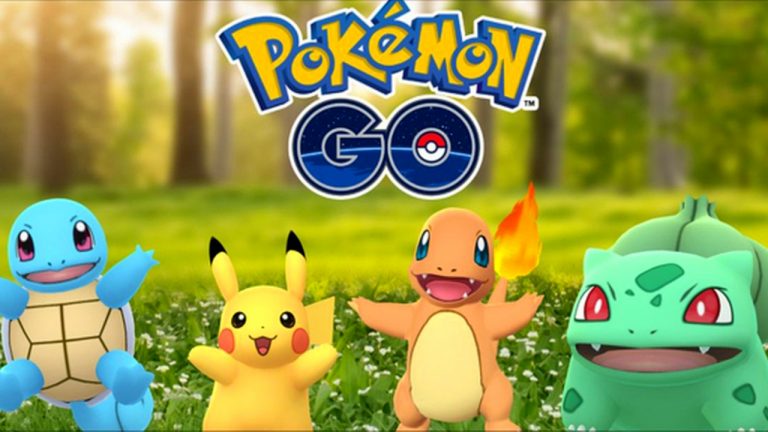 Pokemon Go has been updating and tweaking. With the recent event of Egg Hatching with Kyogre out to catch, there’s some major bad news for Pokemon Go Players. Pokemon Go could be unplayable for some users in North America. According to a news report on GameRant, the US Air Force is performing it’s yearly Red Flag combat training until February 16th.

As part of the training, the US Air Force will reportedly disable GPS, which could impact Pokemon Go players. The site warns that users in the states of Arizona, California, Colorado, Montana, New Mexico, Utah, and Wyoming could be affected by the tests. Players would still be able to access their Pokemon collections and level their Pocket Monsters.

It’s unlikely any outages will last too long, and the game should be fully functional before the start of the next Community Day event. According to The Drive, the service will be doing a series of training exercises commonly known as Red Flag, which is happening at Nellis Air Force Base just outside of Las Vegas.

Part of the event includes a GPS blackout, which will cover most of the western United States, being one of the biggest blackouts in the entire history of the USAF. The disruptions will run from January 26th to February 16th, meaning that millions of Pokémon GO players who rely on GPS to play the game will end up not be able to play it for hours at a time over three weeks.

Before you start complaining to Niantic or any of your cellphone providers. There’s nothing they can do about it since this is a government-controlled event, and they are giving the USAF full permission to take down the GPS to carry it out.

It should also be noted that this will kill any GPS service in use, including more important things like Uber, Lyft, emergency services, and a wide array of other things that require GPS. However, if you’ve ever wanted to know what kinda living off the grid was like in a major city, you’ll soon discover what that’s like as well.

Niantic has tweaked some in-game code, in the recent coding change to Pokemon Go has made Mewtwo a lot easier to catch. Mewtwo is one of the hardest to catch has undergone some changes, but it is only easy provided that you get an EX Raid Pass Earlier this month. Pokemon Go re-scaled all of its 3D models to take into account certain oversized Pokemon like Kyogre and Wailord. As a result, some Pokemon now appear much closer in the catch screen, which means that they’re a lot easier to catch.

Players discovered that Mewtwo was one of the Pokemon affected by the recent code tweaks. While Mewtwo originally stood far away from the player on the catch screen, it’s now much closer to the screen. Anecdotally, Mewtwo appears to stand about the same distance as a Tyranitar on the catch screen. 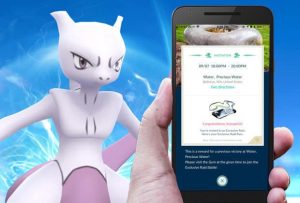 By this Mewtwo moved closer which makes it even easier to catch. Mewtwo’s base capture rate is 6%, which is twice that of the Legendary Birds and three times as high as Groudon or Kyogre. However, the change also renders all those “How to Catch Mewtwo” videos on YouTube obsolete, and since they were all made using Mewtwo’s old distance.

This is the second Legendary Pokemon affected by the recent changes, as Kyogre was also recently pushed closer to the trainer thanks to the recent code tweaks. Players had previously complained that Kyogre was to far back due to Pokemon Go trying to fit its enormous body on screen. Are you outraged by the fact Pokemon GO could be facing major downtime? Did catching Mewtwo become easier for you? Let me hear all your thoughts in comments or you can get connected with me on Snapchat-Vibsz16 and Instagram. Stay tuned.