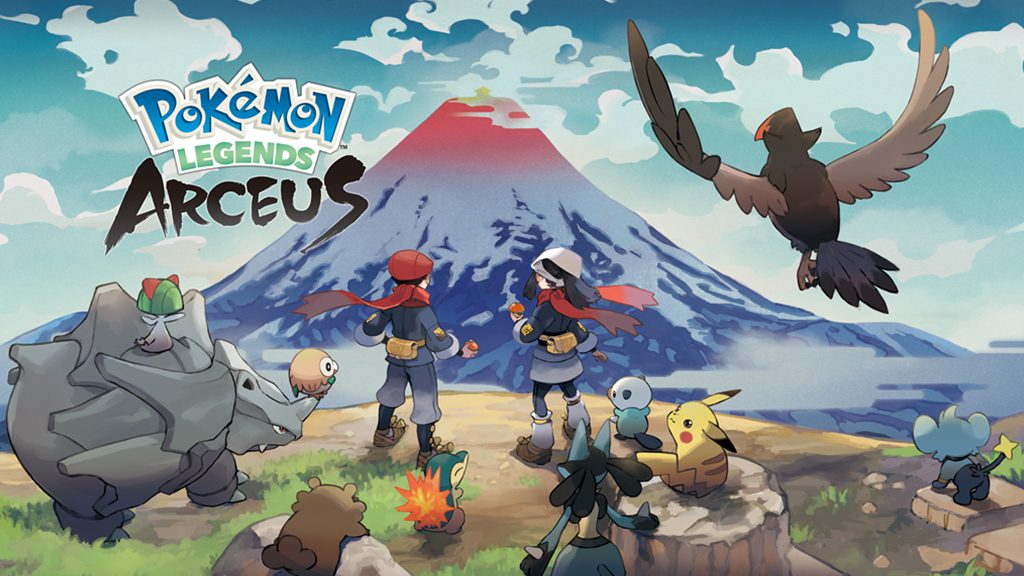 Today we will take a dip into the ocean of Nintendo games to get the Pokemon Legends Arceus release date and details. The Pokemon game series by Game Freak has always been a popular franchise among gamers, and especially anime otakus. This upcoming game is only available for Nintendo Switch. The eighth generation of the game in the Pocket Monster series is getting attention since its announcement in February 2021. As the game already has a huge fandom prior to the release. Fans all around the entire globe are presenting many theories about the plot and mechanics of the game. We all can even see fans coming up with fan arts from the references in the announcement trailer.

The plot of Pokemon Legend Arceus is set in time prior to the events of Pokemon Diamond and Pearl. The players will play either a male or a female character. While on this adventure in this new world of Pokemon, unraveling many new secrets. However, there are rumors that this game will not include the multiplayer feature. The game introduces many new mechanics which would be unique to any other Pokemon game that ever came out. Now let’s discuss the Pokemon Legends Arceus release date and game details.

Why are Legends Arceus different from any other Pokemon game?

We all are familiar with Pokemon games, where we set on a journey to become the greatest Pokemon Trainer, also known as Pokemon Master. On this journey to become the greatest trainer, we come across many rivals, catching new Pokemon and growing them stronger to take down gym leaders, elite fours, and the Pokemon champion. However, along the way to become Pokemon Master, we also unravel many mysteries and also fight against evil gangs like Team Rocket, Team Galactic, and Team Aqua.

However, Pokemon Legends Arceus is set in an era when the concept of Pokemon Trainer doesn’t even exist. Therefore, there would be no gym battles, and the Pokemon league doesn’t exist, no encountering the elite four and the Pokemon Champion. Further, there would also be no fighting against fellow trainers to grow stronger. Instead, the player would be an adventurer who is exploring the Hisui region. This is no new region, but our favorite and infamous Sinnoh region, previously known as Hisui.

From the trailer, it looked like the players can directly catch Pokemon but need to be a little sneaky. You can go into the traditional style, weakening the wild Pokemon first in a battle and then catching it. The Poke balls are even different in this game, as we saw the Poke balls didn’t look like the ones we have seen till now. Instead, they looked made of wood and puffed steam. In this game, we will not get the usual starter Pokemons: Turtwig, Chimchar, and Piplup. However, we will get the Alola region grass-starter, Rowlet; Cyndaquil, the Johto region fire starter, and finally Oshawott, the Unova region starter. Arceus, the game’s mascot, will have a key role in this game. We might also witness how the idea of Gyms and Pokemon League came into existence in this game.

Also Read: What Happens If You Evolve A Shiny Pokémon?

When will Pokemon Legends Arceus release?

The latest action role-playing game, Pokemon Legends Arceus, will release on January 28, 2022. This game was announced on February 26, 2021, which was also the 25th anniversary of Pokemon, and it was a part of the presentation explaining the upcoming projects. The game is a prequel to the plots of the sixth generation games, Pokemon Diamond and Pearl. Further, Legends Arceus will also release alongside Pokemon Brilliant Diamond and Shining Pearl, which are the remakes of the sixth-gen Sinnoh games. Further, Pokemon Legends Arceus ROM will cost around $59.99, and you can grab a ROM for your Nintendo Switch from Nintendo’s official site.

Also Read: Pokémon Brilliant Diamond and Shining Pearl: When is it Coming?