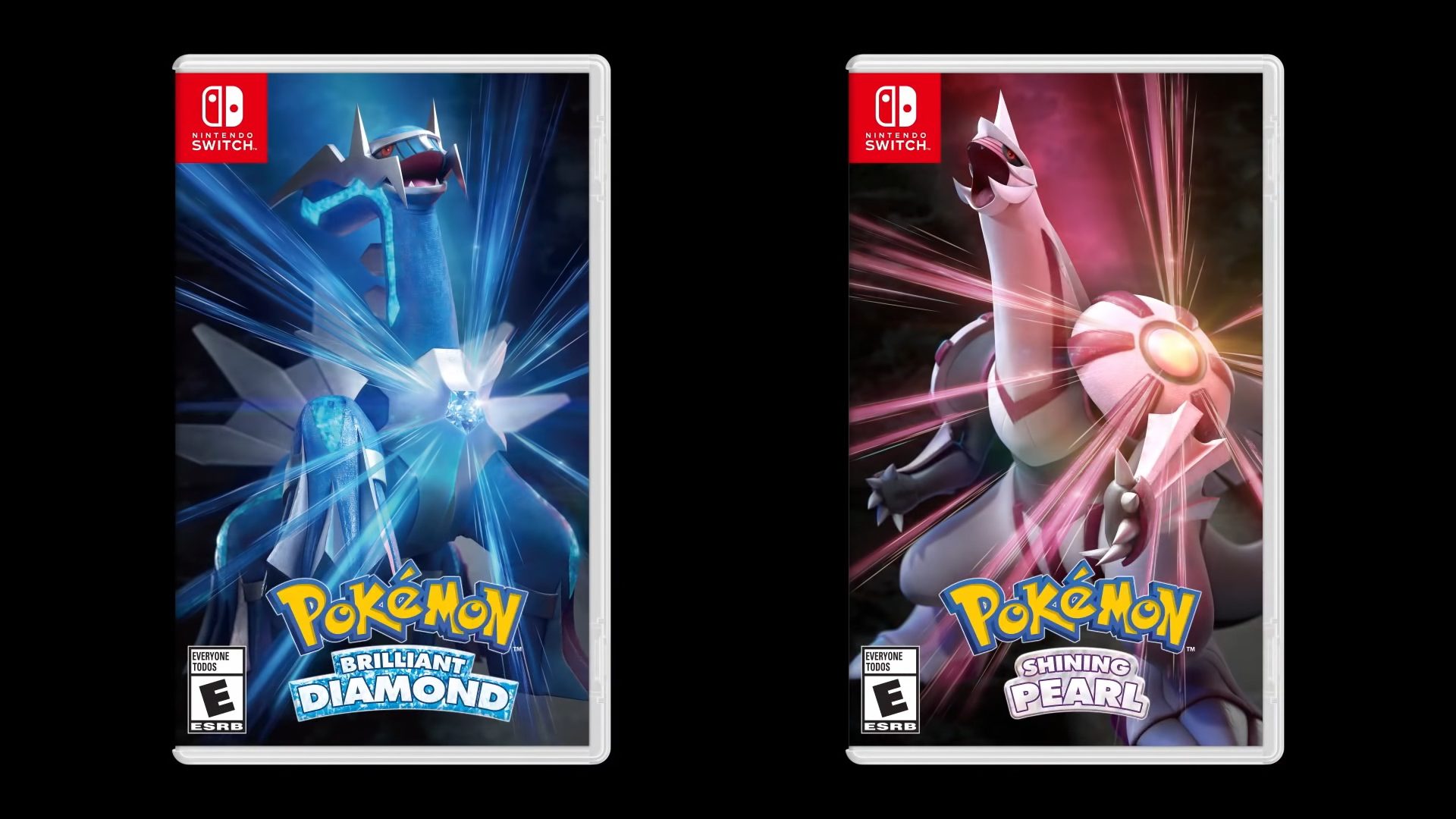 Pokemon has been with us for quite some time. From TV shows to games, Pokemon was always like a best friend who will never give us up on anything over the years. In this article, we will be looking at Pokemon Diamond and Pearl Remake and everything you need to know about the remake of this 2006 game. Nintendo is set to remake the iconic Pokémon Diamond and Pearl. For those who don’t know, Pokémon Diamond Version and Pokémon Pearl Version are role-playing video games developed by Game Freak and published by The Pokémon Company and Nintendo for the Nintendo DS back in 2006.

This game marked the beginning of the fourth generation of the Pokémon video game series. These games were first released in Japan on 28 September 2006 and later in North America, Australia, and Europe in 2007. Two years later, Pokémon Platinum was released as an updated version. As we have said before, Nintendo is set to release the Remake titles such as Pokémon Brilliant Diamond and Shining Pearl. In this article, we will be providing you with everything you need to know about these upcoming Pokemon games. 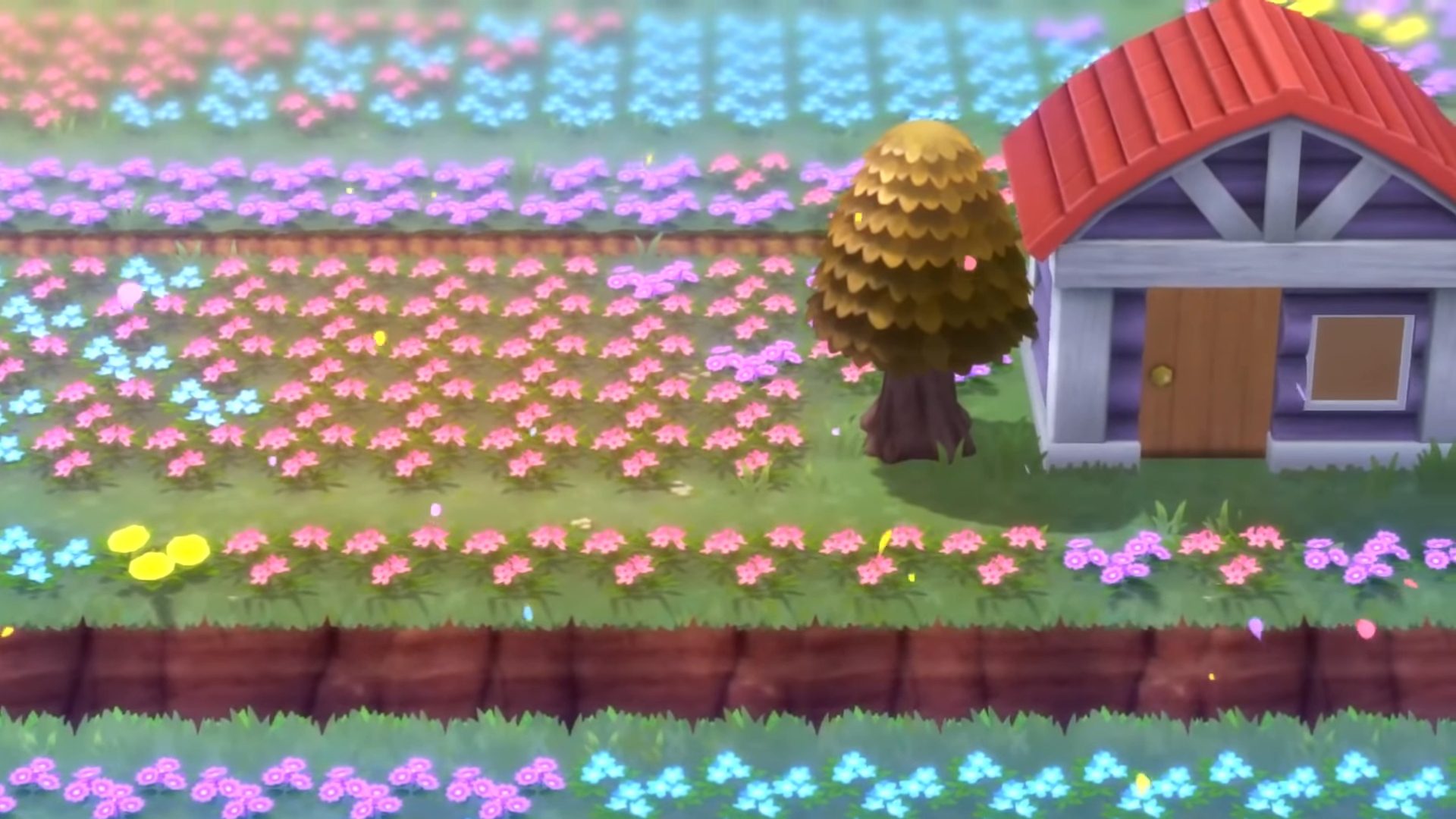 Nintendo is remaking the iconic Pokémon Diamond and Pokémon Pearl with updated graphics and mechanics for the Nintendo Switch. Image Credits: Nintendo

About Original Pokemon Diamond and Pearl

There was also a total of 107 new Pokémon added with these games. Even though both games are independent of each other, they still do feature the same plot. And it is also required to trade between them to complete the games. The original Diamond and Pearl was announced back in 2004 at the Nintendo press conference. The games were designed with accompanying the features of the Nintendo DS.

Even though it was initially planned to be released in Japan in 2005, the game began to ship in 2006 as part of the 10th anniversary year of the franchise. Nintendo even released a limited edition of Nintendo DS Lite in Japan as part of the game’s promotion and held a release party celebrating their North American release. 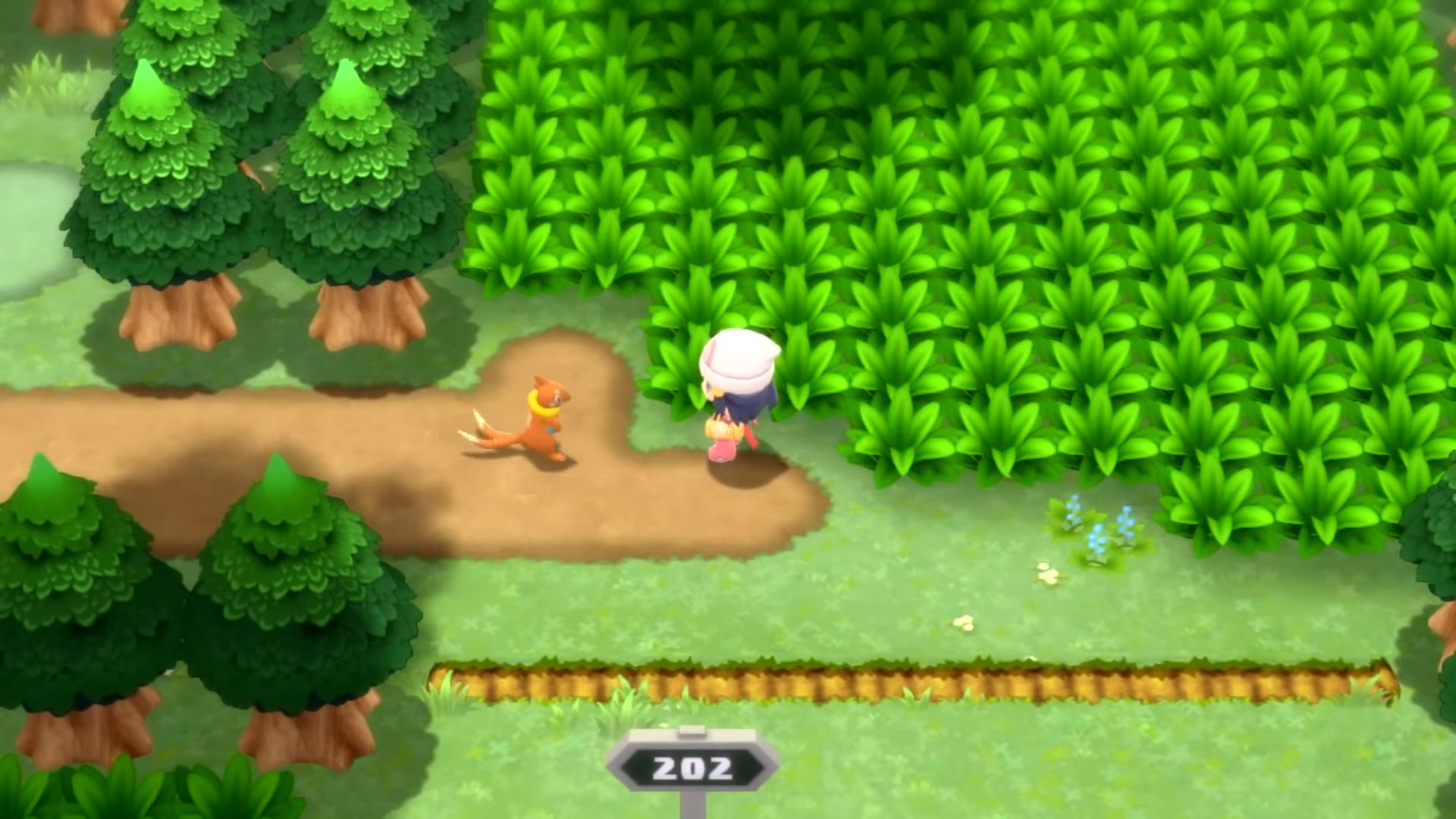 Even though both games are independent of each other, they still do feature the same plot and in order to progress the game, it is required to trade between them. Image Credits: Nintendo

Both of the games received favorable reviews, where the critics praised the inclusion of Wi-Fi features. The game was also widely praised for its graphics and gameplay. Both games sold around 18 million units, outselling their successors. The Pokemon Dimond and Pear is one of the most successful Pokémon games of all time.

What to expect in Pokemon Diamond and Pearl Remake?

Just like the original, the remake of Pokémon Diamond and Pearl chronicles the adventures of a young Pokémon trainer where they train and battle Pokémons. All at the same time thwarting the schemes of a criminal organization called Team Galactic. The original games came with features such as Internet play over the Nintendo Wi-Fi Connection, changes to battle mechanics, and even Pokémon Contests.

The remake is made for the Nintendo Switch instead of the DS. This game will be a nostalgic trip for those who have played the original version and a new experience for those who play the game for the first time. Like other Pokemon games, the Pokemon Diamond and Pearl remake will also have gym leaders to defeat and gym badges to collect. 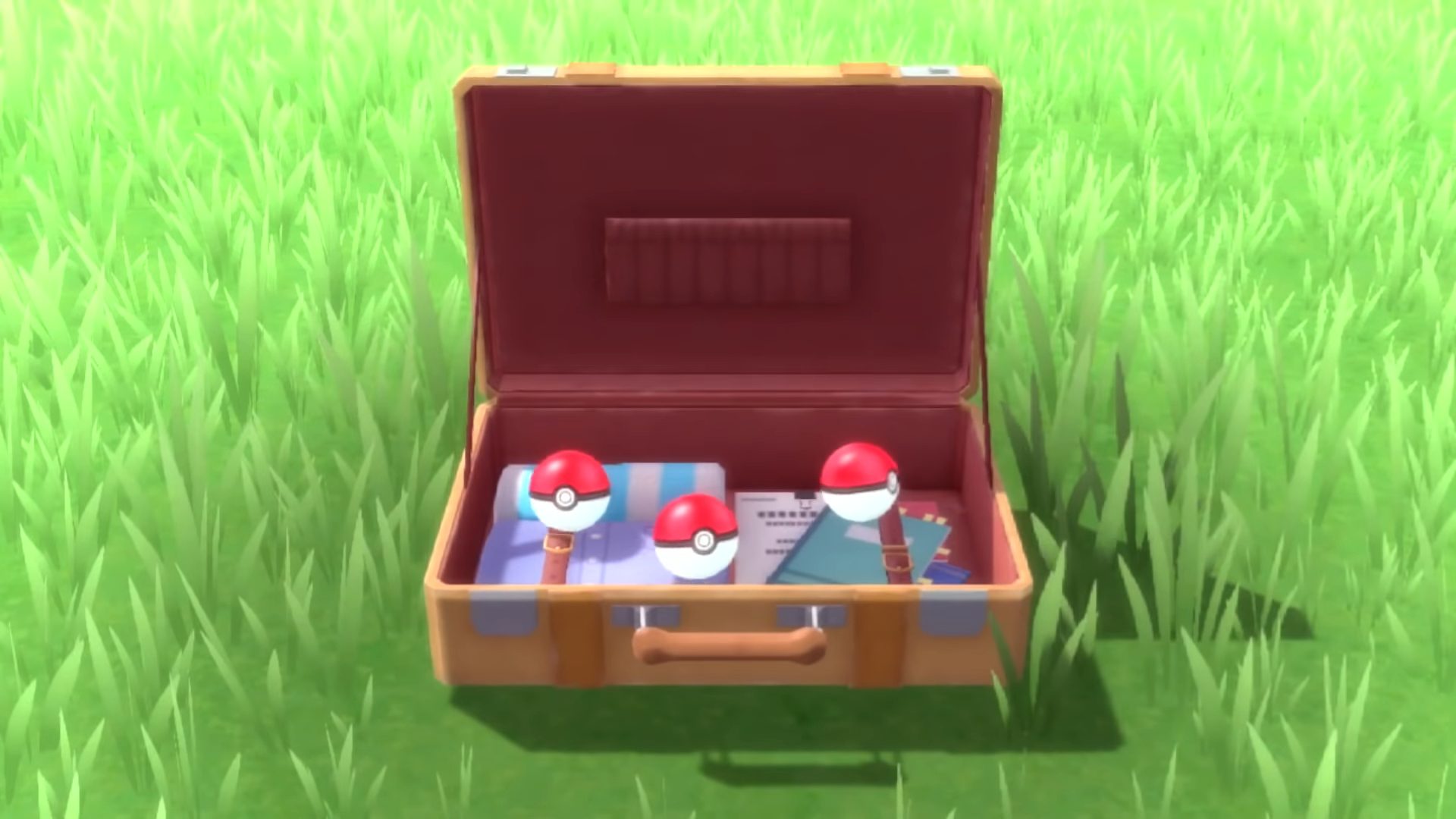 Just like the original, the remake of Pokémon Diamond and Pearl chronicles the adventures of a young Pokémon trainer where they train and battle Pokémons. Image Credits: Nintendo

Differences between remake and original Pokemon Diamond and Pearl

Let us compare all of the differences between the remake and the original Pokemon  Diamond and Pearl. The remake seems to be more colorful and vibrant when compared to the original games. The remake features updated graphics, leaving behind the classic pixel style of Pokémon. This time, the remake will have more detailed 3D environments with chibi-style characters for the Sinnoh-based releases.

Other updates include improved lighting, textures, and colors, which results in an immersive world than what we have seen in the original Pokémon Diamond and Pearl. The core game features also get updates with deeper customization and new content to the Pokémon Grand Underground. There have been videos circulating on youtube that showcases the updated changes in the game. 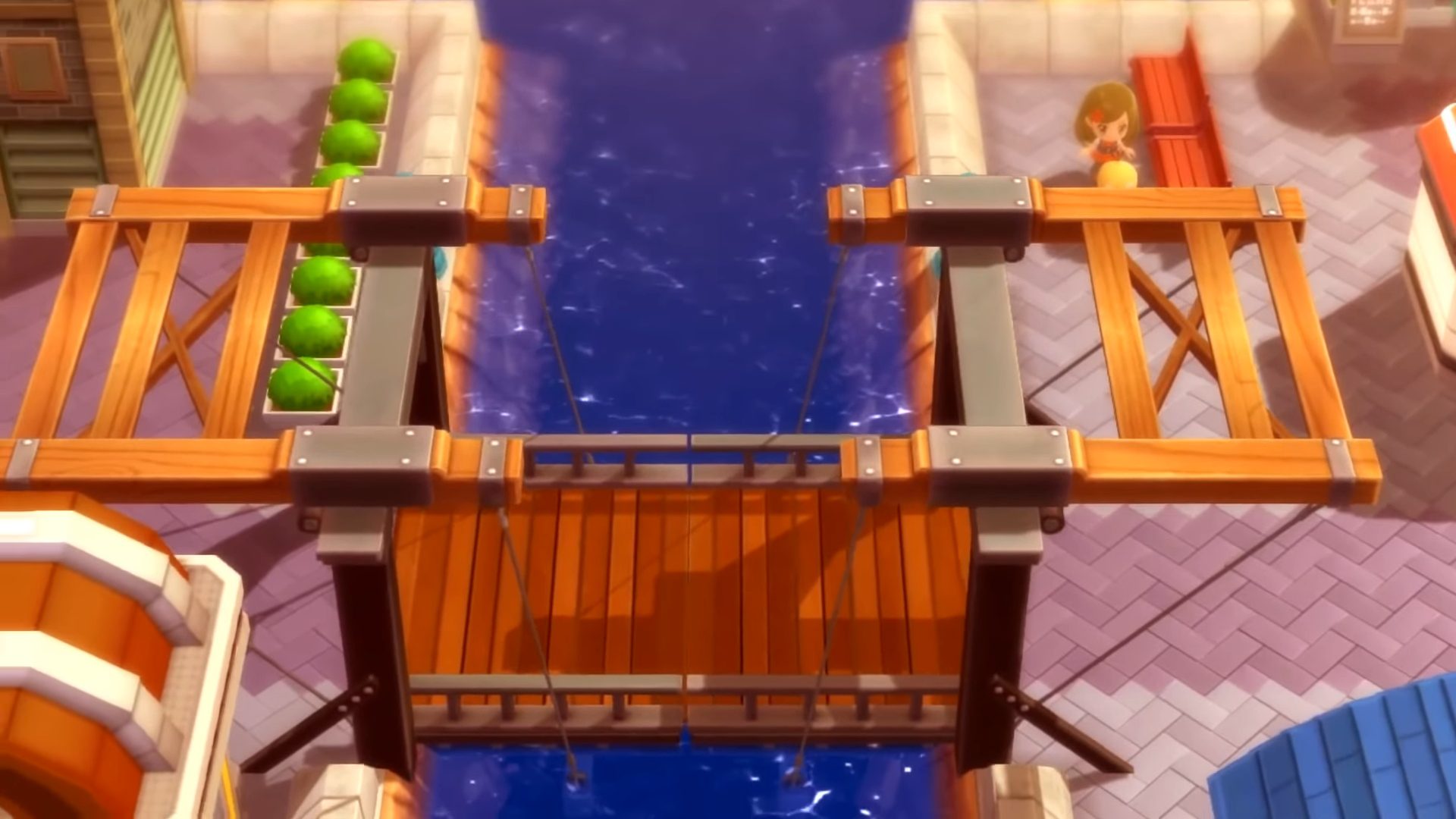 Updates to the remake include improved lighting, textures, and colors. The main improvements include in water graphics, which is more suitable for the game, unlike the one-dimensional graphics in the original one.

The remake brings many location upgrades and improvements that can be seen all over the game. Signs are now more readable, making the world feel more alive. Looking at the video, we can now see that the grassy areas and bridges show’s more depth and realism. The water does not look like the flat one-dimensional from the original games, but it’s now more appealing to the game.

As always, the updates brought to Pokemon Diamond and Pearl Remake have been appreciated and criticized by fans, splitting the fanbase into two poles. While One side is happy to see the game having better graphics with not destroying the original one, many are not much into the chibi-look of the character models, which feels like targeted more towards the younger audience.

Is Pokemon Brilliant Diamond and Shining Pearl available for Preorders?

For those excited to refresh their nostalgia or want to experience these iconic pokemon games again, Nintendo has now made it possible for the fans to preorder the Pokemon Brilliant Diamond and Shining Pearl. Excited fans can now order the Pokemon Diamond and Pearl from retailers like Amazon or Walmart.

Where to Pre-order Pokemon Brilliant Diamond and Shining Pearl?

Excited fans can now order the Pokemon Diamond and Pearl from retailers like Amazon or Walmart. Along with that, fans can also order these games from Nintendo eShop. The Pokemon Brilliant Diamond is available for $60, and the Pokemon Shining Pearl is for $60. You will be able to know about the preorder offers in the next part of the article.

Nintendo has announced some exciting offers for the South Korean fans of Pokemon Diamond and Pearl. Those who preorder the upcoming Pokemon Diamond and Pokemon Pearl Remake games for Nintendo Switch will get a shiny version of Zacian or Zamazenta. Reports suggest that the polished versions of these Pokémons will be distributed via a code given to any players while preordering any one of the games. The codes are valid for use with Pokémon Sword and Shield. Buyers who will be eligible will receive the shiny Pokemon from 19 November through to 31 December.

As for offers for preordering the Pokemon Diamond and Pearl Remake worldwide, Nintendo hasn’t revealed any offers yet. We suggest you stay tuned to their official channels for further updates on the preorder offers.  What’s confirmed so far for the west markets are goodies like Dialga and Palkia figurines, special pins, and a SteelBook. This depends upon which store the customers buy the game.

When is Pokemon Diamond and Pearl Remake releasing? 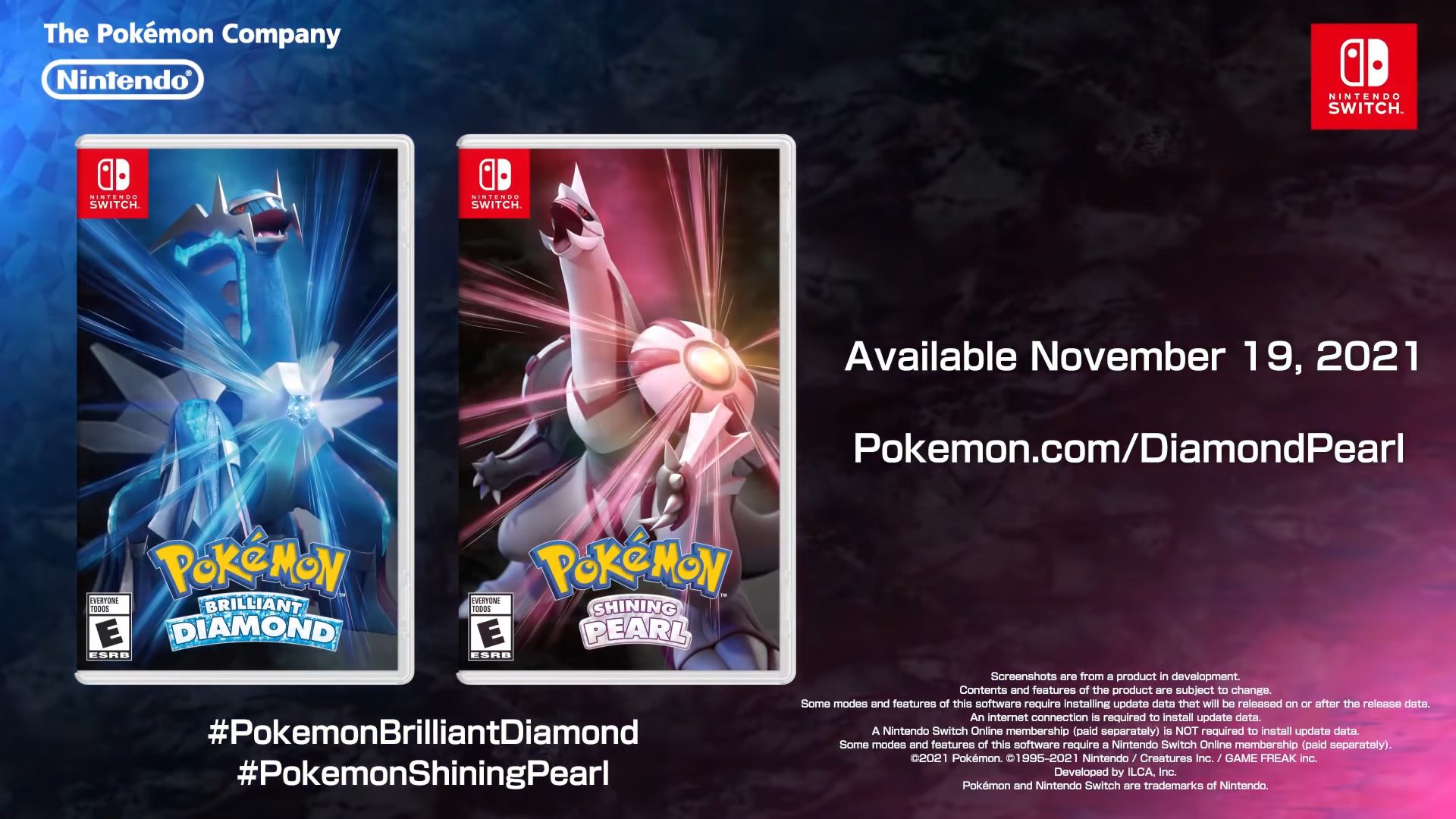 The remake of the iconic Nintendo DS game will be released for Nintendo Switch on 19 November 2021.

About Nintendo Switch and Switch OLED

Now let us look more about the consoles, where you can play the remake of Pokemon Diamond and Pearl.  Both the Switch and the Switch OLED is the video game console developed by Nintendo. The original Switch was released back in 2019 and the Switch OLED is set to release in October 2021. The console is similar to a tablet that can either be docked to use as a home console or as a portable device, thus making it a hybrid console.

Both of the Switch come with wireless Joy-Con controllers, with standard buttons as well as directional analog sticks for user input. These consoles also come with motion sensing, tactile feedback and has also support for online gaming through Internet connectivity. Along with the Nintendo Switch and the Switch OLED, a revised version of the console, called the Nintendo Switch Lite, was also released on September 20, 2019.

Also Read: All The Games That Are Releasing This Week On PlayStation 4, Xbox One, Nintendo Switch, And PC