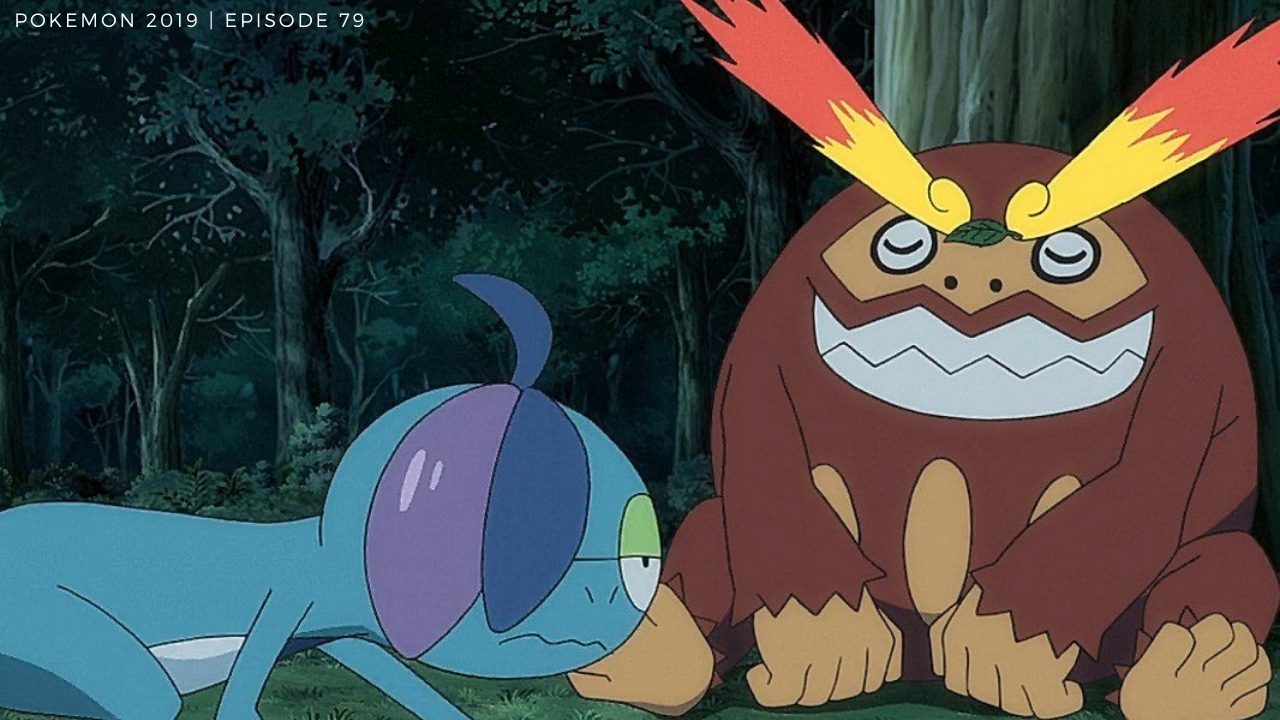 The adventures of od Goh and Satoshi start with Pokemon 2019 Episode 79, with the two adventures trying to reach their dreams. This episode will be released this coming week when it is broadcast. Pokemon 2019 reveals the adventures of Goh and Satoshi, who aim to battle the Supreme Monarch Dande. From the recent Pokemon 2019, a certain Pokemon walks out at night and wishes to evolve to become the Pokemon he admires. In the morning, Sakuragi thinks that they will have a good day. Sakuragi’s workers arrived and told him that the critical data is missing.

The head to the office and Sakuragi realizes that only Ishhu’s data is missing. The night before, a mysterious invisible Pokemon invade the building and comments that it will start with Ishu. In the morning, the Ishu data went missing, and Sakuragi wonders what is happening. Sakuragi wonders if they can retrieve it, and the workers reply that it will be hard. Satoshi and Goh realize that information is essential to the Sakuragi Institute. Satoshi looks under the desk and table, wondering if the file has fallen somewhere. But the file that is missing was inside the computer, and Satoshi misunderstood the situation.

Goh told Satoshi that data doesn’t fall out. The invisible Pokemon is crawling by the wall, trying to leave the building. Goh and Satoshi head out and make morning cereal for the Pokemons. Satoshi wonders where the date went, and Goh replies that Sakuragi said traces left of someone accessing the institute’s primary data. They both made food for Jimeleon. Goh sent food for Jimeleon and left them in front of the cave entrance. Sakuragi managed to trace everything and changed the password. The episode title: ”Sakuragi Institute Under Attack.”

Sakuragi felt something and wonder what it is. He thought that he imagines things. The guy in a secret building is watching over everything using the camera with invisible Pokemon. The guy is glad that he saw the new password. In the evening, Jameleon wakes up and eats his meal. Jameleon sleeps in the afternoon and wakes up during the night. He saw something and enters the building found an invisible Pokemon deleting something on Sakuragi’s computer. In the morning, Sakuragi got surprised to see everything deleted.

Goh told Sakuragi and his workers not to worry. They reveal that the Galar data is deleted. Satoshi and Goh realize that they traveled a long way collecting data, but everything is missing. Sakuragi worries about what is happening. Satoshi comments that they have to blame the guy who stole the data. The team decided to do impenetrable super-security. In the evening, Goh heads to Jimeleon’s cave and opens about the data, and it is their memories with Pokemon. Jimeleon heard that and turns invisible. Later Jimeleon trains hard to expose the culprit. Goh begins patrolling at night, but he can’t anyone.

Jimeleon joins Goh, and they help each other with the investigation. Jimeleon hits that invisible Pokemon with a splash, and Goh is surprised to see Kakuleon. Kakuleon is Color Swap Pokemon. Goh realizes that Kakuleon is the culprit, and he is surprised that Kakuleon can speak. Kakuleon admits that it is him attacking Sakuragi Institute. Pikachu and Satoshi wake up and helps Goh. They battle with Kakeleon and his master; Jimeleon evolves into Inteleon and punishes Kakuleon with his master. The guy got defeated and apologized, revealing that he wanted Sakuragi to recognize him. Sakuragi gave the guy an autograph, and the guy is excited, and they retrieve everything.

Pokemon Episode 79 will be released on Friday, 3 September 2021, at 6:55 PM JST. You can get the latest episode early, but in some countries, the episode arrives late.  Let’s look at the Pokemon 2019 Episode 79 preview and other details below.