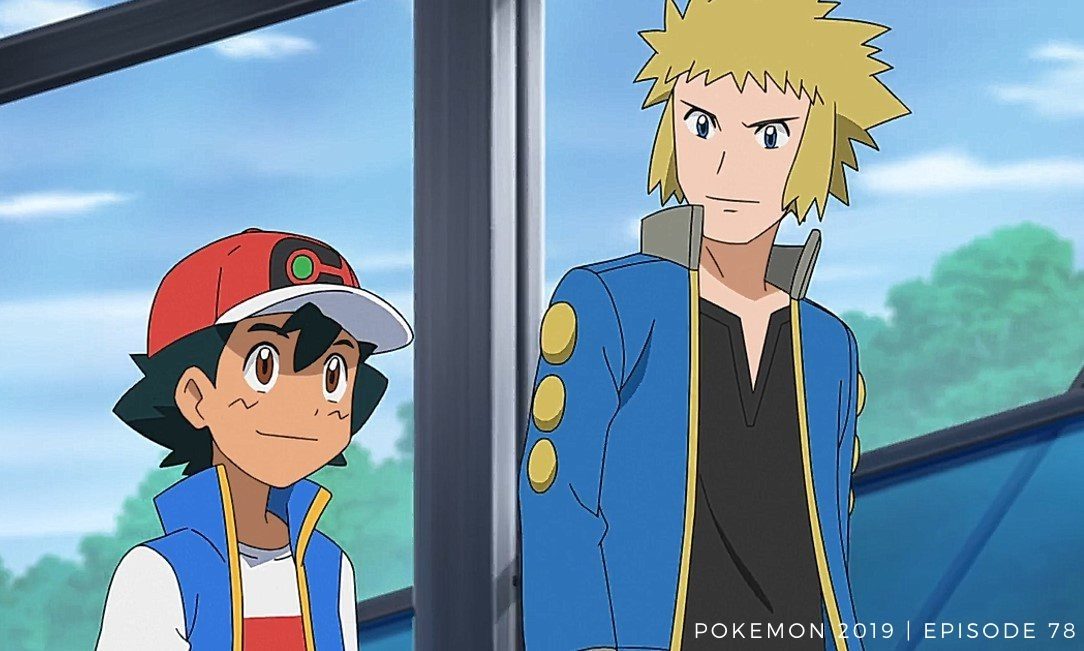 Pokemon 2019 Episode 78 will release soon; the latest episode aired online a few days ago. Let’s look at Goh and Satoshi’s Pokemon adventures in the latest updates of this episode. The Pokemon World Championships is about to begin, a trial to crown the greatest Pokemon battler, and Satoshi is ranked 99th, and he entered a Hyper Class. His first opponent will be Denji from Sinnoh, Nagisa City’s Gym Leader. Denji is a mighty Electric-type battle who fought with Satoshi in the past. The two has arrived at Nagisa City, Sinnoh Region, and they met.

Denji told Satoshi that he is glad to brawl with him again and saw an Alolan Z-Ring. Denji asks if it is an Electric-Z and Satoshi replies that it is a Z-Crystal made for him and Pikachu. They shake hands and agree to make today’s battle the great one. Inside the Arena, the ring announcer reveals that it is the Pokemon World Championships. Nagisa City, the city of the sun, is the perfect place for a battle this hot. Goh and Sarunori are cheering for the contestant. The episode title: ”A Super Eletronagnetic Hyper Class Battle.”

The announcer adds that they have two trainers who will be entertaining them in today’s match. Currently ranked 27th Sinnoh most decisive Gym Leader: Denji vs. Hyper Class newcomer: Satoshi. The battle will be a 3v3, and the ref told the two to summon their Pokemons. Satoshi chooses Lucario and Denji chooses Rentorar. Goh finds that Rentorar is a Gleam Eyes Pokemon; Electric-type. Rentorar uses Eletro Field against Lucario; Lucario uses Aura Sphere, and Rentorar blocked it using Rising Volt. Rising Bolt broke through and hit Lucario. Satoshi withdraws Lucario and sens out Ganger. Rentorar sends Bark Out to slash Ganger, who uses Psychokinesis. 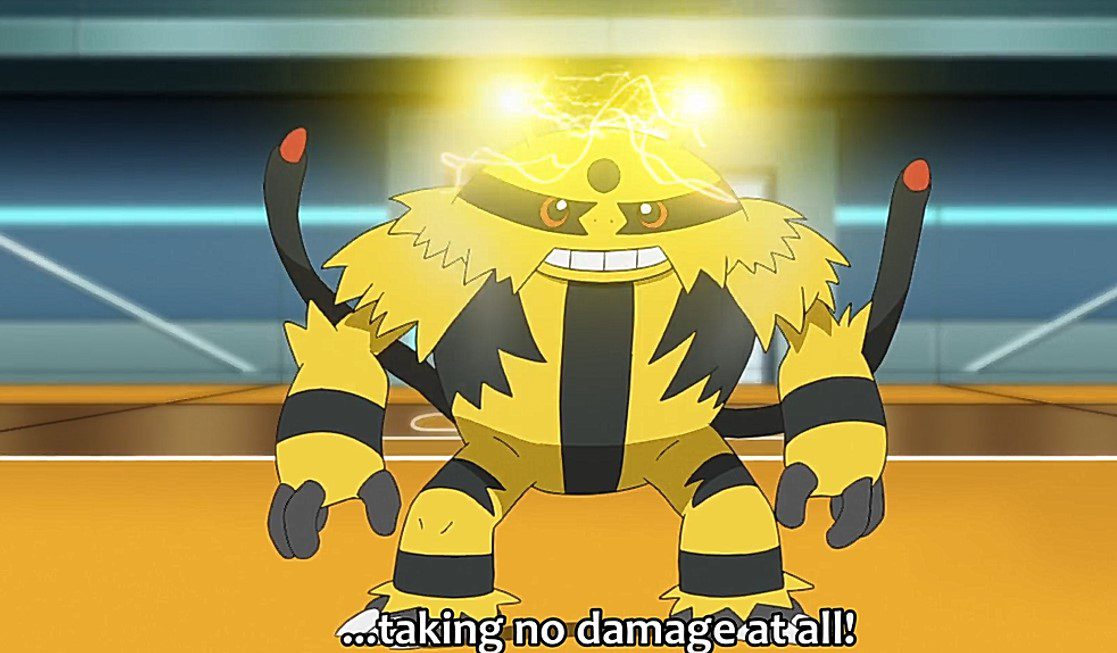 Satoshi allows Pikachu to fight next, and the battle becomes Electric-type vs. Electric-type. Pikachu made the first move and sent Eletroweb. Denji wonders when Pika leaned Eletroweb, and they both use 100000 Volts, and Denji sends out Elecible before Romot gets defeated. Elicible can absorb Electricity and use Thunder to strike Pikachu. A single Elecibile can provide Electricity for all the buildings in a big city for a year. They two use Iron Tail, but Elecible’s Iron Tail is stronger and faster than Pikachu’s. Satoshi told Pikachu to return, and he calls out Lucario. He realizes that Electricity can’t fight Electricity.

Lucario sends Aura Sphere, and Elecible sends Fier Punch. They both got damaged, and Denji told Elecible told try Wild Bolt. Satoshi orders Lucario to release Shadow Clones. The Fire Bot hist nothing, and the Shadow Clone jump and smash Elecible with Aura Sphere. Elecible ate those attacks and suffered Thunder OPunch that took effect. Lucario tries to stand his ground, and they got surprised when Denji sends out Rotom. Rotom tries Evil Eye, and Lucario counterattacks with Reversal that defeat Rotom. Pikachu return for a rematch with Elecible. Pikachu uses 100000000 volts with the help of Z-Ring, and they will match.

Pokemon Episode 78 will be released on Friday, 27 August 2021, at 6:55 PM JST. Due to the time difference, the anime releases Pokemon 2019 episodes late, and it airs on Saturdays in most parts of countries. Let’s look at the Pokemon 2019 Episode 78 preview and other updates below.

You can watch Pokemon 2019 Episode 78 online on Netflix. This anime is accessible online on the official Twitter account and website; Pokemon 2019 air on Netflix with English subtitles. Let’s meet after Pokemon 2019 releases the next episode.