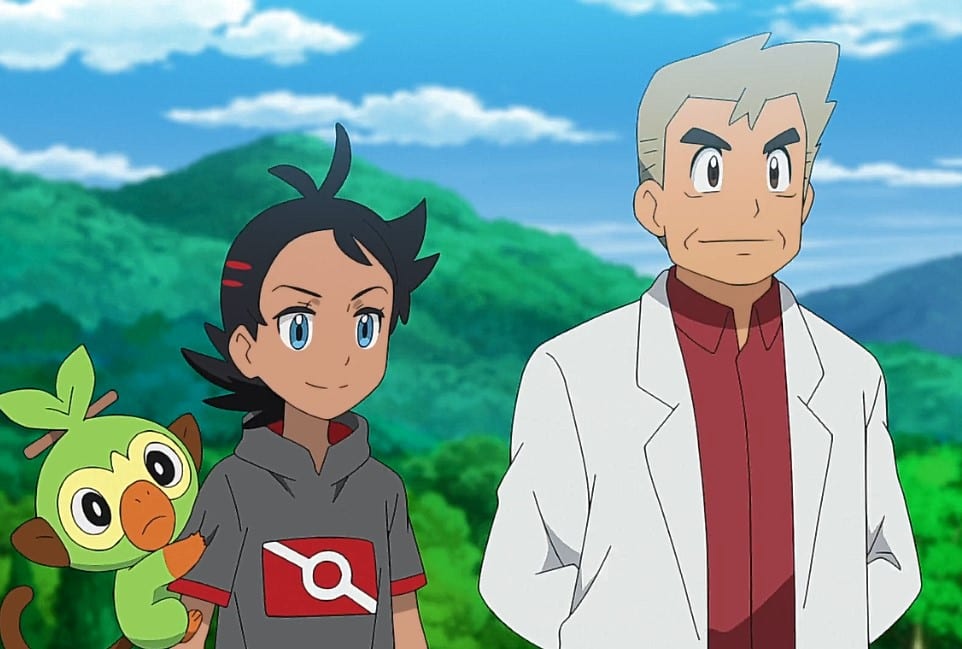 Pikachu got freed after finding that the guys who were stealing electricity are Team Rocket. The next day, Goh and Satoshi arrive at Okido Laboratory. Sorunori signals Goh and Satoshi that Prof Okaido is on the other side. Profesor Okaido waves at Goh and Satoshi. Satoshi told Goh that he is racing him there, and Goh followed Satoshi. They later arrive at the laboratory, and Okaido realizes he hasn’t seen Goh and Satoshi since the inauguration.

Goh hand over the documents that Sakuragi sent him to give to Okaido. Satoshi asks Goh about the last time he visited this region. Goh replies that he came to the Pokemon Camp when he was six. Satoshi comments that camping is good and it helps relax and free one’s mind. Goh reveals that he met with Meow on the day of his camping, and that was the day Mew inspired him to follow his dream. Okaido asks Goh about his plan. Goh replies that his vision is to reach the legendary Pokemon Mew by catching all the Pokemon.

Okaido asks Goh about the numbers of the Pokemon he has collected. Goh took his Index Data and told Okaido to look. Okaido scrolls through the Index Data and finds that Suicine is Pokemon number 249 of all the Pokemon Goh has captured. Goh comments that he is the one who caught Suicine. Okaido talks about Project Mew, where A-Team meticulously searches for Mew, and there is recruiting.

Okaido told the two that they must first complete the trial missions to become a member. Goh replies that he is not interested, but Satoshi wanted them to become new members. Satoshi asks Goh why, and Goh comments that those missions don’t sound appealing. Okaido thought that he could introduce Goh to the trainers and share his dream with them. He comments that he won’t force Goh to do something that he doesn’t like. Okaido told Satoshi that his Pokemon is waiting for him.

Satoshi head to see his Pokemon, and Goh started to wonders about Project Mew. Outside Okaido’s laboratory, Satoshi shouts out Lizardon and Fushigidane’s name. Lizardon and Fusigande get excited, realizing that it is Satoshi and Pikachu. The older Pokemon for Satoshi also appear, and they get reunited. Goh is glad that Satoshi has lots of Pokemon.  The Kentaros arrive in a group to welcome Satoshi, but they send Satoshi flying after lifting him with horns. Slime Pokemon catches Satoshi before he hits the ground. 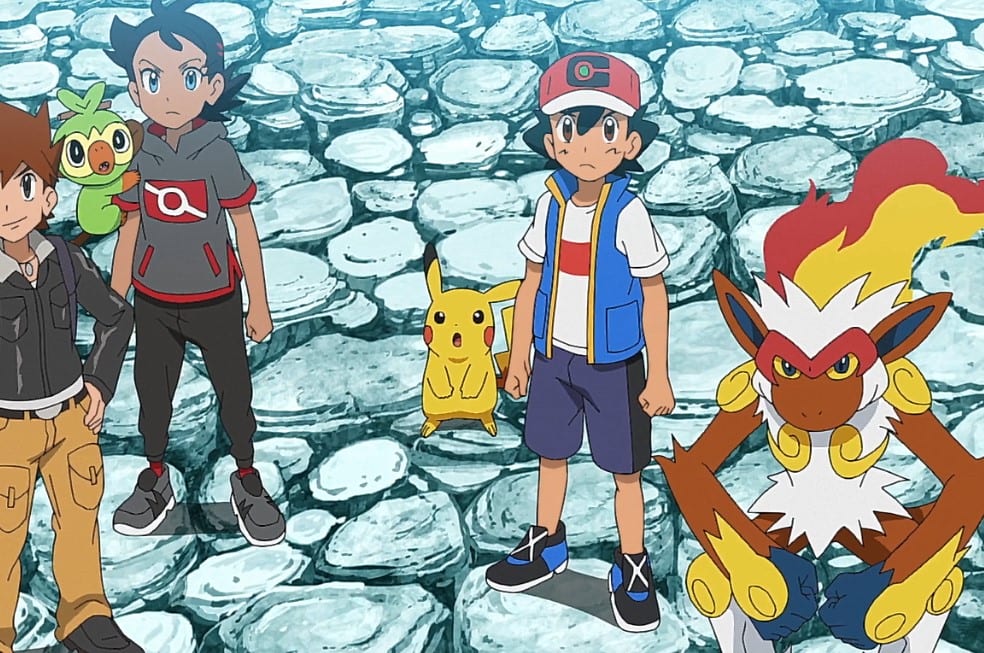 Goh comments that those Pokemon are fire types. Satoshi wonders if Goukazaru was training or if there are some secrets. Goh and Satoshi set on a journey to search for Goukazaru. During their search, Goh spot a Pidgeon Bird Pokemon, a standard flying type. Satoshi realizes that Goh wants to catch Pidgeon. After capturing Pidgeon, they got surprised when Pidgeon flies out of the monster ball. Pidgeon hits Satoshi and Goh with a powerful gust of wind, and they land in front of Iwark.

Goh comments that it is his lucky day and took another monster ball out. But he also failed to capture it,  and an unknown boy saved them. Satoshi notices that the boy who saved him is his childhood friend Shigeru. Shigeru reveals about the Legendary Fire-type, Fire that Goukazaru aims to defeat. Later they reunite with Gokazaru, who battle with Fire. After defeating Fire, they head back and meet with Okaido. Goh finds that Shigeru is his rival to reach up to Mew.