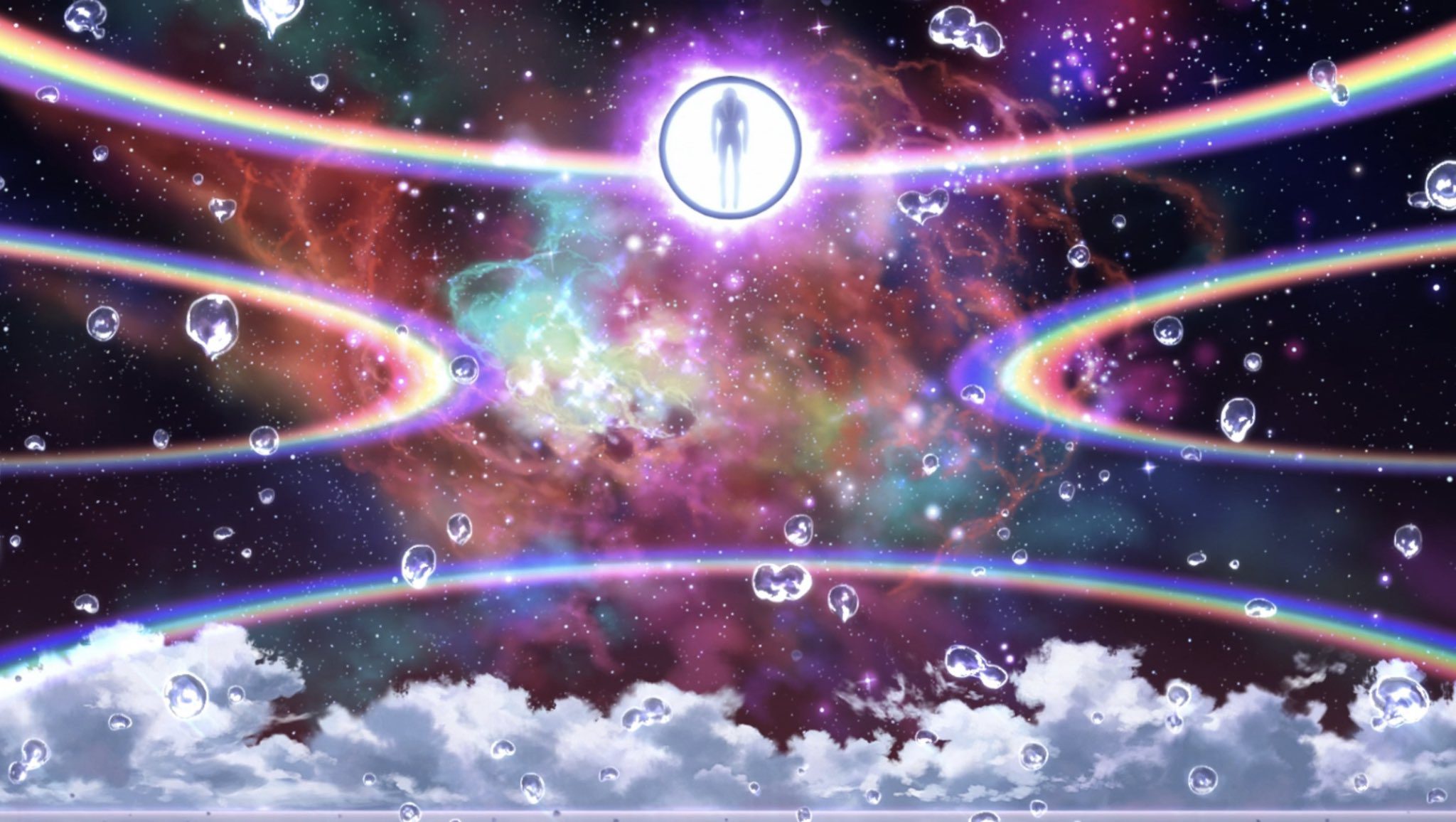 So we’ve all watched or at least heard of Death Note. The creators of Death Note, Tsugumi Ohba, and Takeshi Obata have come up with not just one but two masterpieces. After launching Death Note and Bakuman, the writer and illustrator collaborated once more to deliver yet another thought-provoking story; Platinum End. Platinum End was published by Shueisha and serialized in the Jump Square magazine from 2015 till 2021. The manga runs for 14 volumes and 58 chapters, each trying to find answers to several mysterious questions. Concluded in 2021, the Platinum End ending is surprisingly unpredictable and left mixed reactions among its readers. Towards the end, the manga questions the existence of God and the meaning behind it only to deliver several answers related to humanity and human existence. This in itself is ironic yet commendable.

Ohba and Obata’s stories are never fed on a silver spoon. One needs to read between the lines to understand the true meaning behind it. Platinum End is no different. The manga introduces its characters and bestows them with a name. But as the story progresses, each of these characters acts as a personification of the different perspectives within a human mind. The Platinum End ending received several negative reactions. Despite all the reactions, it remains an undeniable fact that the manga introduced us to several questions that are worth thinking about.

**Spoiler Alert: There are several spoilers from the Platinum End manga in the article. Read at your own risk!**

Also Read: When Does Sanji Get His Raid Suit? Things You Need To Know About Raid Suit In One-Piece

What Happens At The End Of Platinum End?

When Mirai Kakehashi tries to commit suicide, he is saved by an angel who calls herself Nasse. In return for not dying, she gives him two arrows and a pair of wings. It is soon revealed that the God of the world is dying, and thirteen angels have been assigned to select a God candidate each. One out of these thirteen candidates will be selected as the next God. Over time, Mirai meets the other God candidates and even battles some. A lot of things happened, and the final God selected is Shuji Nakaumi, a suicidal middle schooler. It is even indicated that Shuji resembled the previous God in several aspects.

God takes over Shuji Nakaumi’s body. At this point, the two have not fused completely. Once fused, Shuji’s mind would take over God’s. Upon entering the spirit realm, Shuji is observant and sees the angels deliver the dead. As he sees the dead being delivered to heaven, he questions why they are being saved. However, it is revealed that the angels do not know anything that God does not. This leads Shuji to conclude that it must be God’s duty to preserve the end as he had created humanity. The manga continues to revolve around one very important question: did humanity create God, or did God create humanity? Shuji tries to unravel the answers behind them as he sits in heaven.

Back on Earth, all the memories of the God Candidature had been removed from everyone’s mind. The only ones who remembered it all were the God Candidates. Professor Yoneda continues to look for answers as he examines the red arrow. Mirai and Saki grow up, get engaged, and open the flower shop they dreamt of. Nasse and Rubel look over them from the heavens and celebrate their happiness. Eventually, years pass by, and the two get married. Even after the time skip, Professor Yoneda has not come any closer to finding anything, but he’s satisfied with his life.

As we see our remaining God Candidates, they seem happy, satisfied with their life. However, Shuji sees that while they are happy, every day, several people are taking their life. He asks the angels what he can do to help. However, they only tell him to do nothing. To find answers, he even seeks out to talk to Nasse, but he cannot find much from her either. As he sees the world from the eyes of a God, he sees the world in the rawest form; the differences among different people. He realizes that God’s purpose was creating life, and after that, he had left it all to humanity. God does not need to do anything. Those who want death will die. With this, he concludes that the existence of God does not matter.

He asks the angel who was there to guard him to call the other angels. Once she turns around, God commits suicide. As God dies, the world withers. The angels disappear one by one, the arrow with Professor Yoneda disappears too. One by one, every human disappears too, and the only thing left behind are the clothes they were wearing. 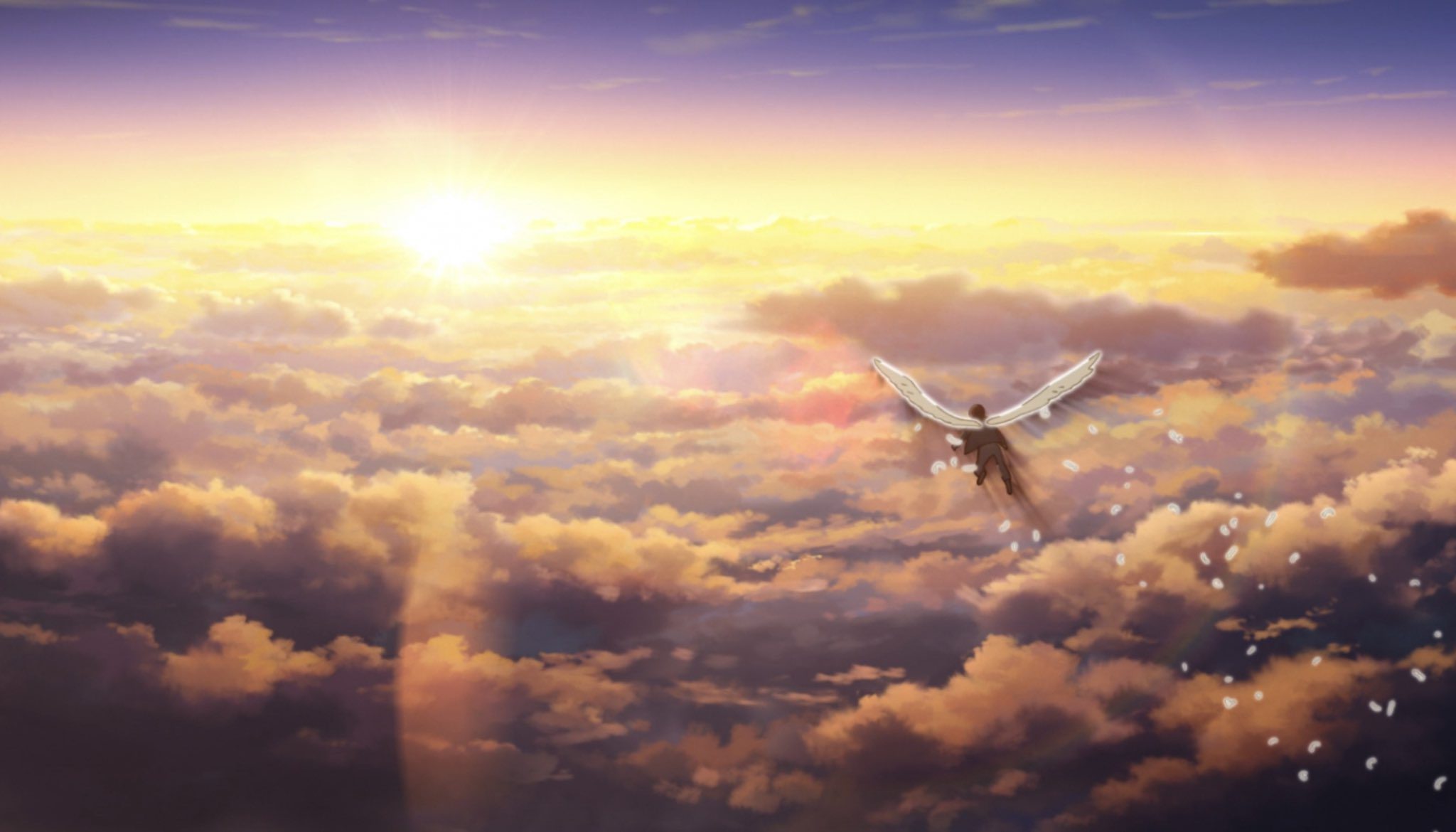 Also Read: What Is One-Piece Treasure? The Most Popular One-Piece Theory Discussed

“If I become God, I will do nothing.” – Shuji Nakaumi

Shuji Nakaumi resembled God in being lazy. As he sets out to seek answers in heaven, he stumbles upon a shocking discovery.

On one side, we have Saki and Mirai living their life happily. They have everything they had wished for. While they began as characters who wanted to give up on life, they show us how life has so much to offer ahead. From God’s seat, Shuji realizes that while some are happy, some are dying. While some are rich, some are poor; while some eat their fill, some go to bed hungry. The vast difference shocks him. As the angels tell him ‘do nothing’ he deduces that the presence or absence of God makes no difference. He kills those who want to die and even preserves the dead. But what about the living? God does not save them. This realization brings him to conclude that humanity would continue after God dies.

The Platinum End ending is nothing but a big mistake on Shuji’s part. It was never his intention to bring the world to an end, not commit mass genocide. He wanted nothing but to prove a point that was utterly wrong already.  Shuji believed God was an insignificant being, but it is only on Yoneda’s deduction do we realize the true function of God. He created life once and left it to humanity to do as they wished. He neither killed them nor saved them. Now, He only overlooks death. Killing God would mean bringing in chaos and losing control over death, which is exactly what happens. As Shuji kills himself, there is no one to preserve death, and without death, life ceases to exist. 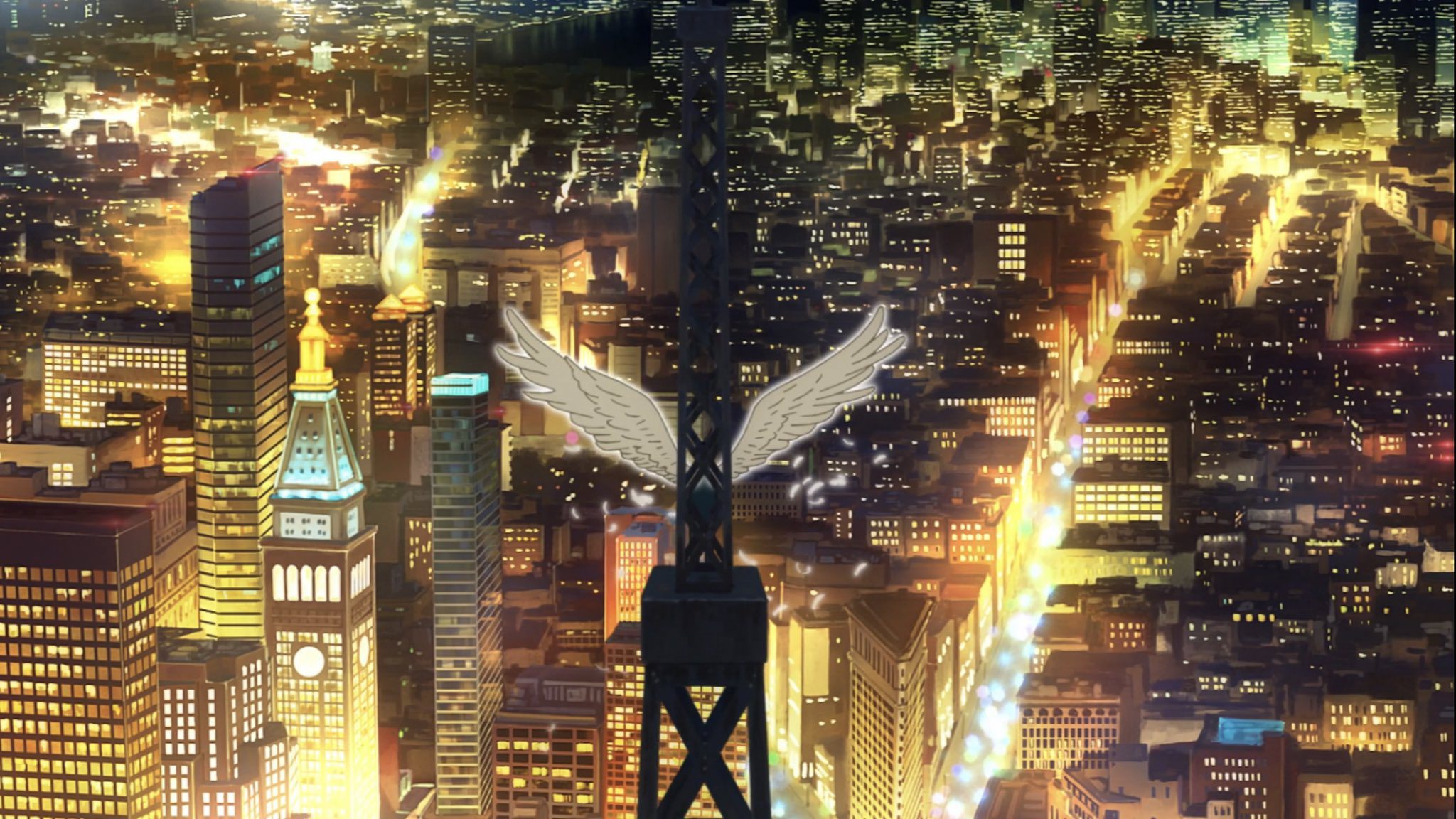 The ending of Platinum End was absurd and grand in its way. It is neither a happy ending nor a tragic ending. Rather, it is an ending that leaves behind several unattended feelings. To understand the ending of Platinum End, we need to trace back to the beginning. Platinum End revolves around the concept of suicides and lays down several thought-provoking questions about Gods, angels, and the meaning of existence in its journey.

Among all the concepts it touches, suicides have been given a major amount of focus in the entire story. If you look closely in the real world, a number of people suffer from suicidal tendencies that are born from mental instability and stress. A thought common among most suicidal beings is ‘what difference would it make if I die?’. Platinum End answers that very question. To answer it without fail, the manga takes a large platform. Shuji, who believed that the death of God would make no difference is proved tremendously wrong. With the death of God, everything succumbs to death. What’s even more tragic is that Shuji could not even see how wrong his deduction was or how badly it had turned out. The same goes for suicides in real life.

Death matters because life matters. While people believe that their death would be insignificant, they fail to see that the steps they take can wreak havoc among those around them. A constant remark by the angels asks God to do nothing. God does nothing for the world, but his death still affects the entire world.

Reality is not so different. Even if people do not bring about revolutionary changes, their deaths would still have consequences they could not have foreseen, and that’s just how the world works. 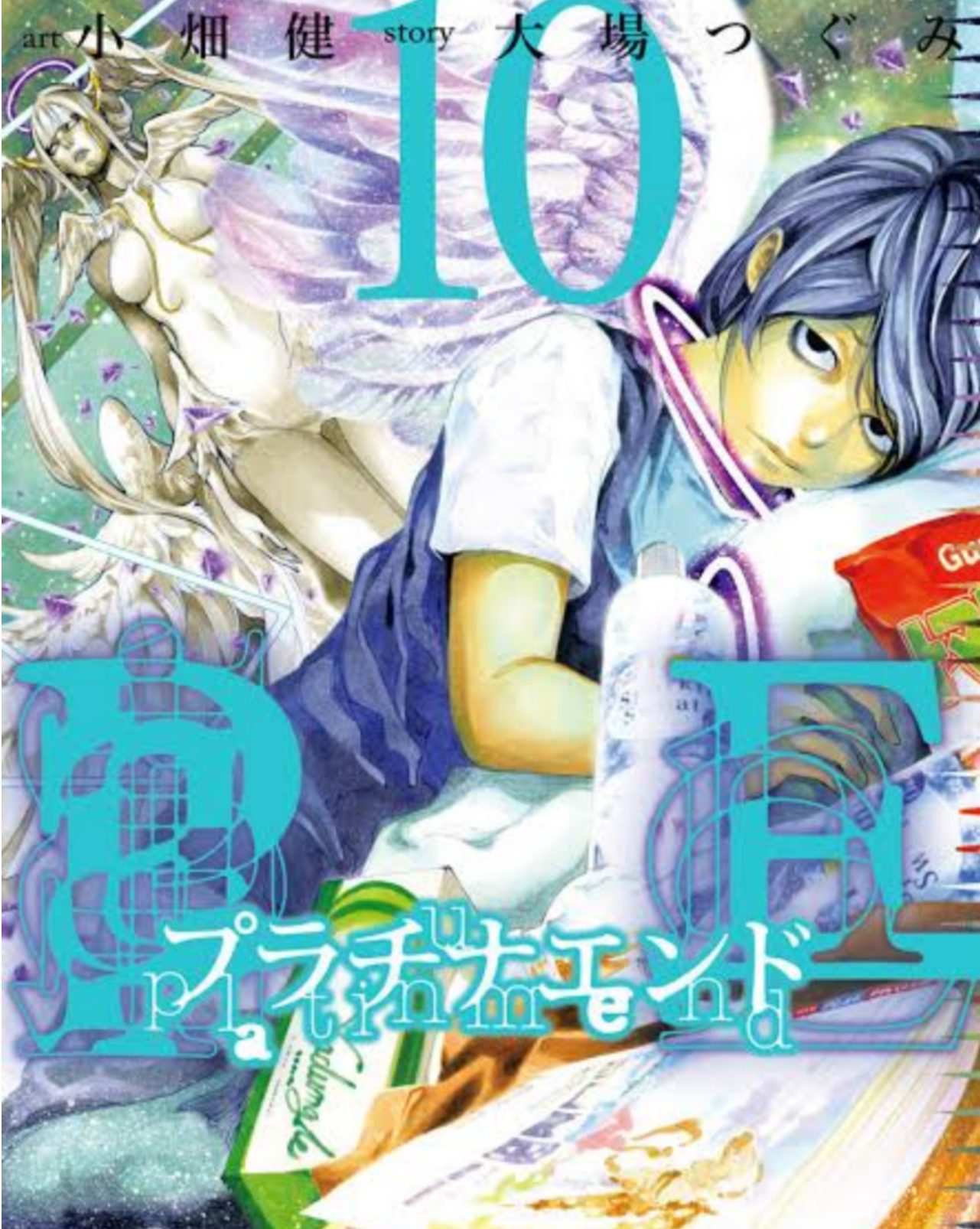 Platinum End is unique in its own way. It leaves behind a message worth thinking about despite the pessimistic end. The manga was a great read filled with jaw-dropping illustrations that constantly reminds me of my admiration for Obata. At the same time, Ohba’s writing style caught me off guard several times too. I loved the manga and its ending. I believe it made me want to see the world in its brightest colors and appreciate the life gifted to me.

However, the Platinum End ending leaves behind several unanswered questions too. Like what was the mystery behind Nasse, and who was she? Let’s hope Ohba and Obata come up with more such stories that lead us to think beyond our vicinity.

You can read Platinum End on Viz Media or Shueisha’s Manga Plus app.

Also Read: What Is Slice Of Life Anime?