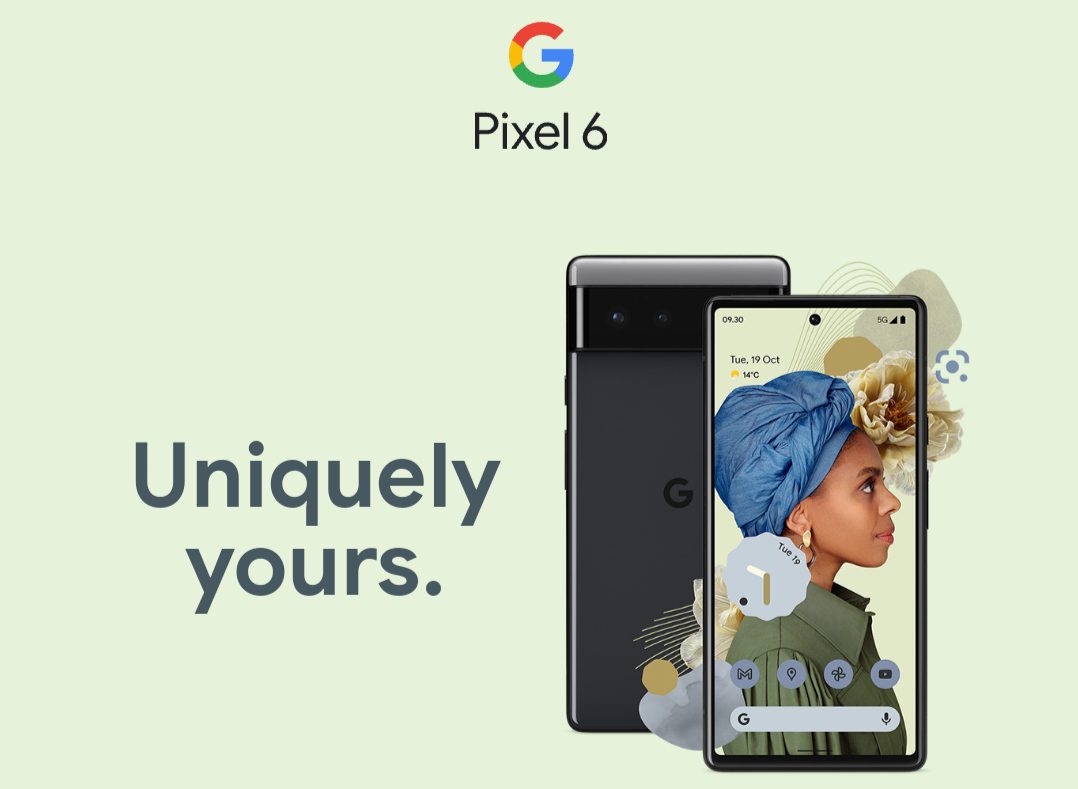 The Google Pixel 6 and 6 pro could be one of the most anticipated smartphones of the year. Even after the release of this year’s iPhone, the iPhone 13, the tech world has all set their eyes on the latest generation of the pixel, and everyone wants to know the Pixel 6 Release Date, instead of going with the hype of the new iPhones or even the upcoming generation of S series from Samsung. From the leaks and rumors, one thing is pretty sure, Google has decided to enter the Game of Smartphones fully, and they want to sit on the Iron Throne of the best Smartphone in the market. This is why everyone is hyped up about this smartphone and wants to know when the Pixel 6 be releasing?

In this article, we will be looking in detail at the Pixel 6 Release date, as well as everything we know so far about this most anticipated smartphone of the year. Like most of the recent Pixel devices, the Pixel 6 has also leaked with even a disassembly video on the internet prior to its launch date. Along with that, popular Tipster Evan Blass has also shared the landing pages of the Google Pixel 6 and the Pixel 6 Pro. We will be covering all of that information and what you have come here to know about the Pixel 6 Release Date. 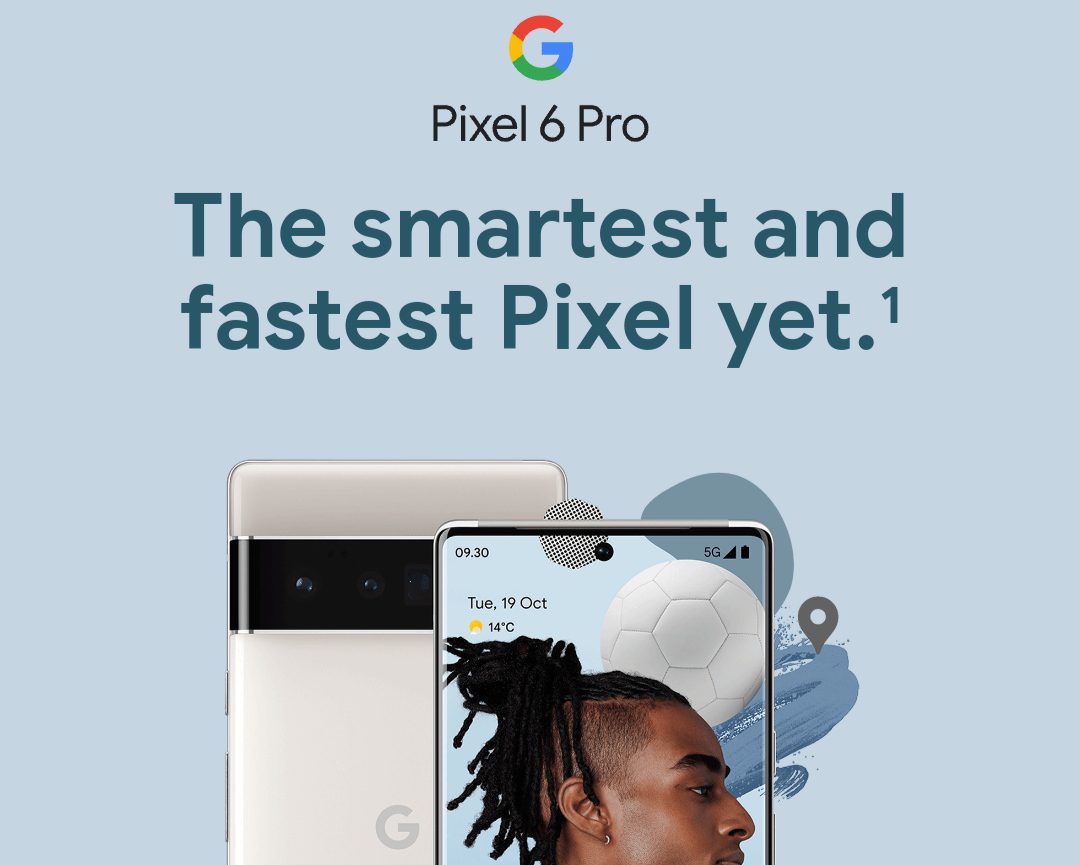 The Google Pixel 6 and 6 pro could be one of the most anticipated smartphones of the year.

Let us first look at When is Google Pixel 6 Releasing. Even though the company had teased their upcoming flagship device months prior to the launch, it was recently they had revealed that the Lastest generation of the Google Pixel’s, the Pixel 6, and the Pixel 6 pro would be arriving at the Made By Google event on October 19th, 10 a.m. PT.

Where to Watch Made by Google event and What to expect?

Google will hold the Made by Google event on October 19th at 10 a.m PT and can be watched through the official youtube channel of Made by Google. In the Pixel 6 event, you will see Google introducing the much-awaited devices, the Pixel 6 and the 6 Pro. Other highlights of the Google Pixel 6 launch event include:

Every year, Google introduces the latest generation of Android. This year Android 12 is one of the most anticipated launches since this will be the biggest change to Android since Android 5.0. While Google usually releases Android with the pixel event with the updates first coming to the previous-gen Pixel devices and the rest of the OEM’s. 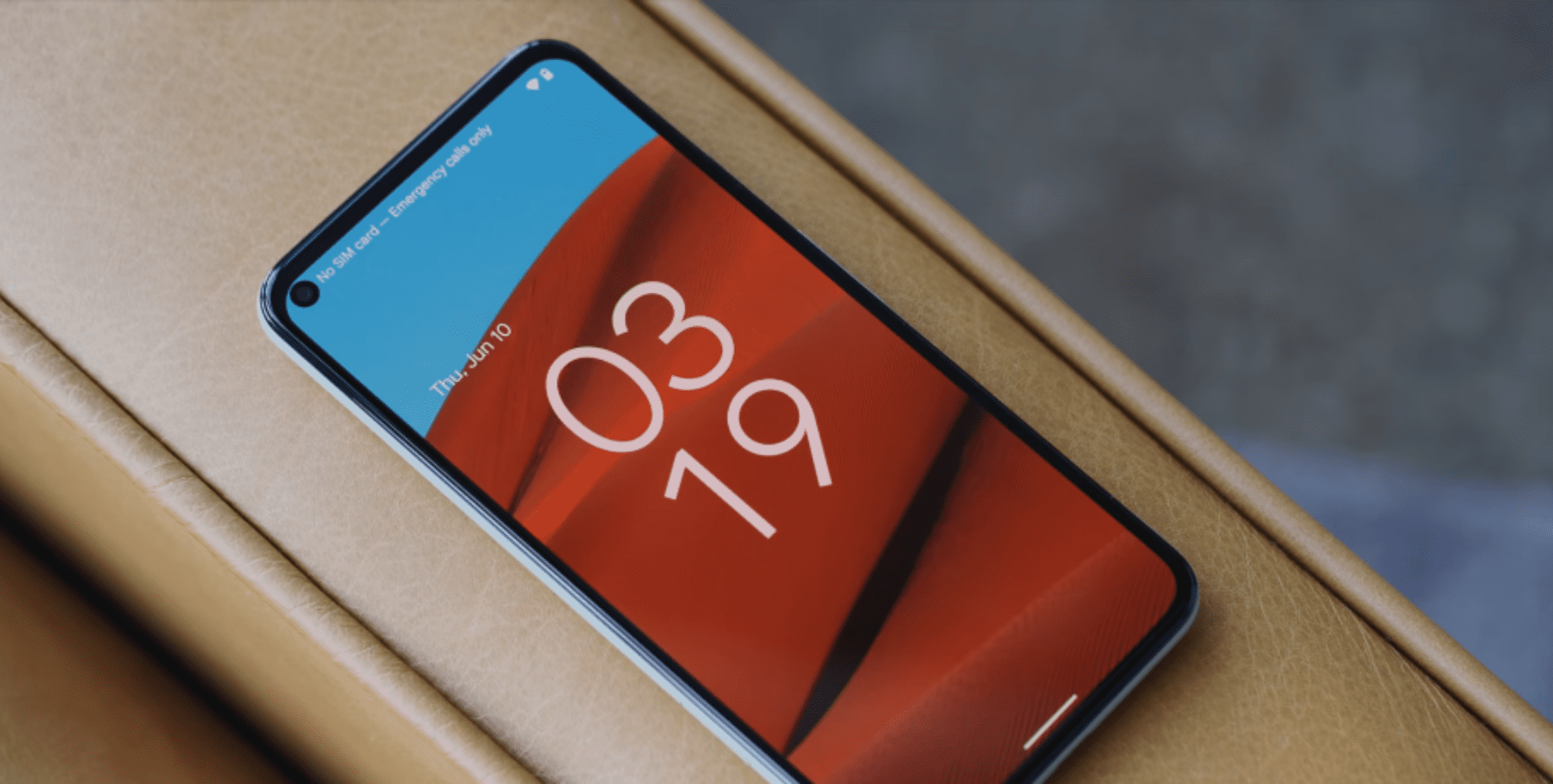 This year Android 12 is one of the most anticipated launches since this will be the biggest change to Android since Android 5.0. Image Credits: MKBHD

This year, it was different. Google first released the new software code but hasn’t revealed when it will be coming to their phones yet. Maybe in the Pixel 6 launch event, Google will reveal more about it. The biggest attraction of Android 12 is the introduction of the Material You theme, which lets you personalize all your phone’s menus and screens based on the wallpaper the users choose.

Since most of the Smartphone OEM’s and even Microsoft have begun to research foldable or even have introduced them, Google is not only making changes to the OS to be more flexible to the new form factor, but reports also suggest that Google is working on its own Foldable devices. While the other Pixel devices have leaked in every forms possible with even live hands-on video, there is no such concrete evidence to believe that a device named Pixel Fold Exists.

Also Read: Bill Gates Net Worth: How Much is The Tech Giant Worth Before The Big Split?

But there are still rumors that suggest that Google is working on their foldable device, called the Pixel Fold. Many rumors are even pointing to a late-2021 unveiling, but that doesn’t necessarily mean we may see it launching in the same Pixel 6 event. Maybe later this year or early next year, or maybe, all of these could be rumors and can go wrong, so take the Pixel Fold leaks and rumors with a pinch of salt. But we are still hoping that they nay reveal something regarding their plans for Foldable devices.

Recently, Google had unveiled the Pixel Buds A-series, a midrange TWS with midrange specifications. Since the last year so huge competition in the TWS market with many new brands coming up with lots of offerings at different price categories, it is expected that Google will also introduce a refresh to their last year’s Pixel Buds. And rumors are saying that Google may introduce it along with the Pixel 6 and 6 Pro. 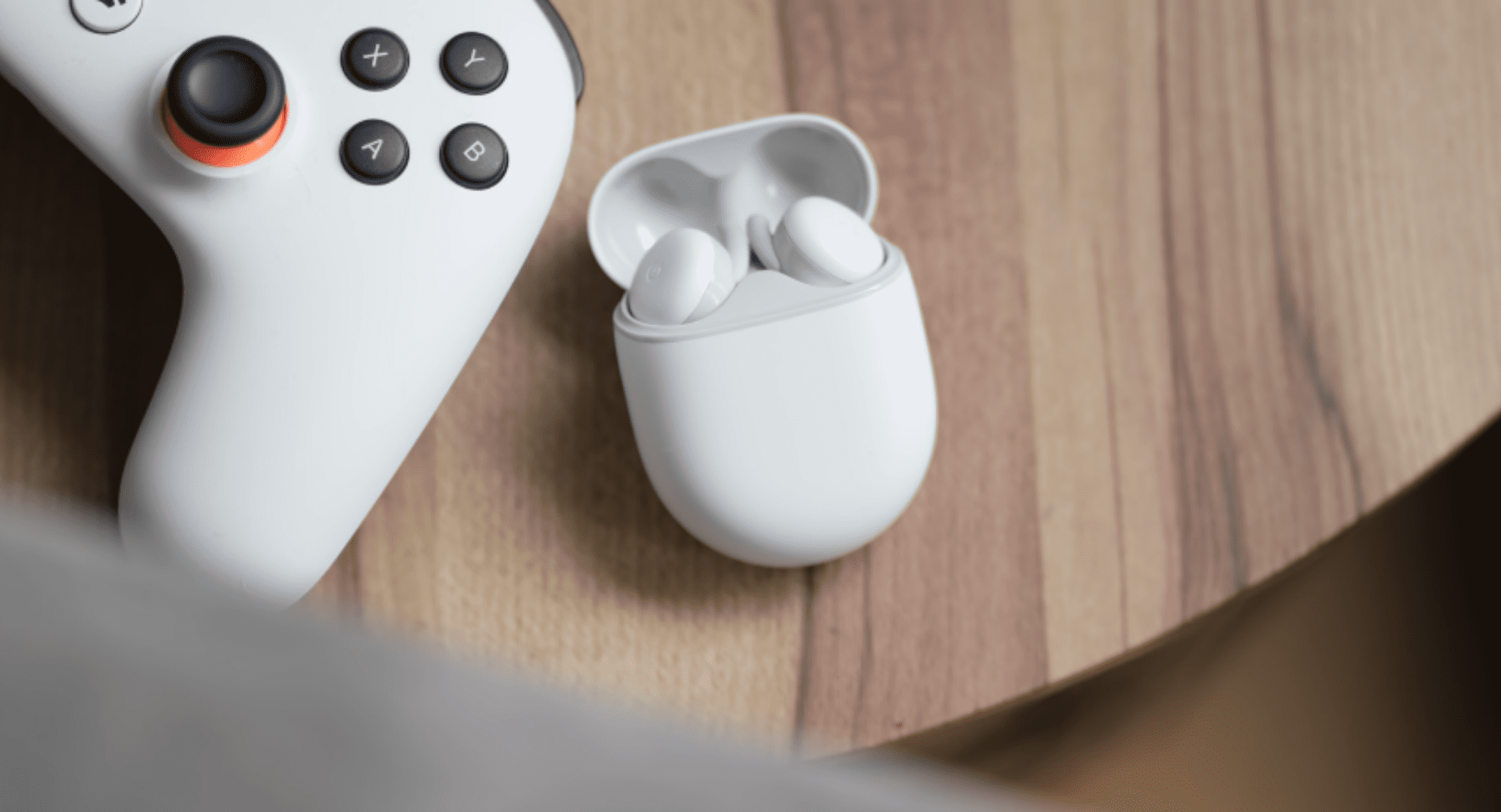 Ever since Google Acquired Fitbit, the tech world has kept its eyes on Google to see their take on Smartwatches. But even after years, we haven’t seen anything from google regarding that. Like every other Pixel event, fans are looking forward to Google to see if we will ever see the Pixel Watch. As expected, the Pixel watch is likely to come with WearOS. It will be interesting to see what will google do to Wear OS to make it stand out from the crowd, like what they did to Android in Pixel phones over the years.

At this point, both the Pixel 6 and the 6 pro specifications are clear as water.  The biggest USP of Pixel 6 is the inclusion of the company’s custom-built chip called the Google Tensor. To date, only manufacturers like Apple, Samsung, and Huawei have their processors. Now that Google is the creator of both of its software and the processors, fans are expecting it to be as good as the iPhones since Apple can optimize their devices since they own both software and its processor.

According to Google, the Tensor chip can enhance the smartphone’s performance up to 80 percent compared to the last generation Pixel. Google says they made the chip capable of translating messages and videos even without the internet. The new Chipset is also expected to load apps quicker and make the gaming more responsive. Google has also added an extra layer of security with the next-gen Titan M2 security chip and is more resilient to attacks. 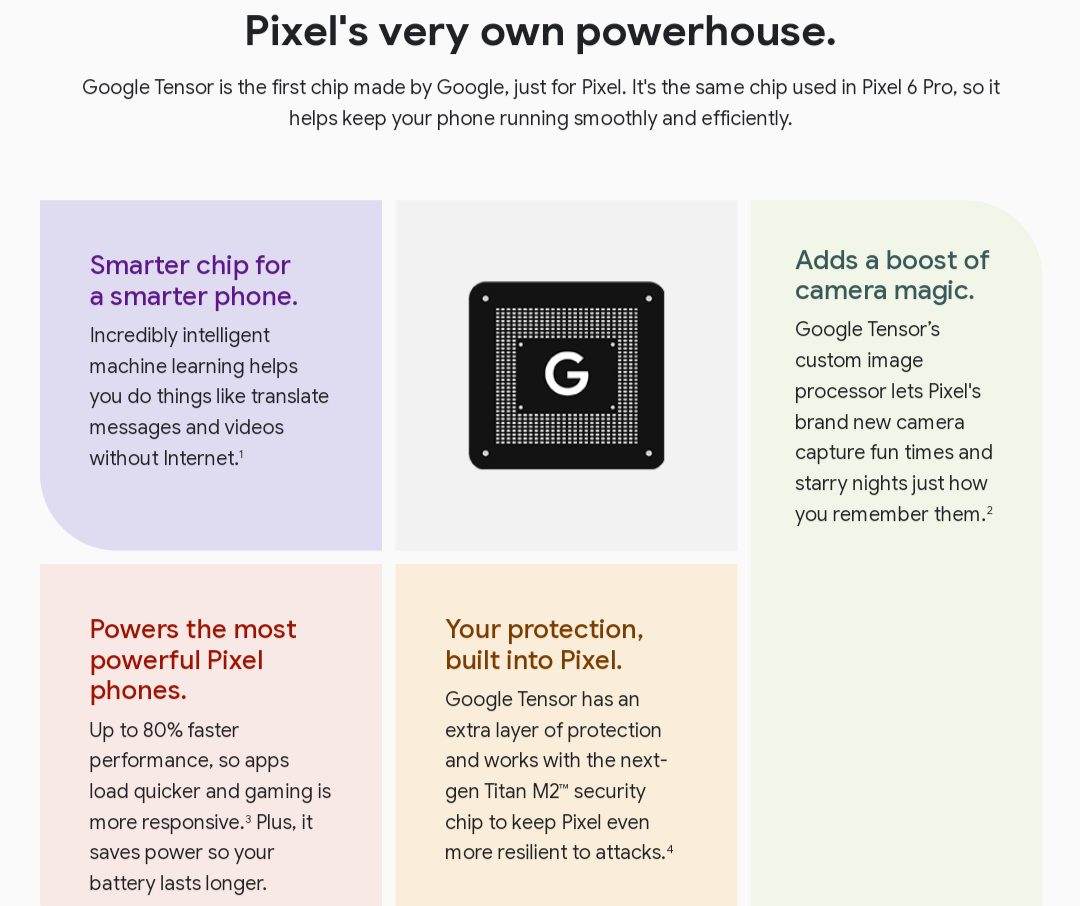 The biggest USP of Pixel 6 is the inclusion of the company’s custom-built chip called the Google Tensor.

Android 12 will be another exciting thing after the Tensor chip since Android is always the best in the Pixels to use. This time, it is expected to be much better with the new Tensor chip. The biggest feature of Android 12 is the Material You design language. With this, it enables the users to create custom themes from their images. Whichever wallpaper the users set, Android will create a color pallet from it and will use it to customize the notification bar, icons, texts, and whole over the UI.

As for the Cameras, Google’s Pixel phones have always been praised for their solid cameras with great low-light and HDR capabilities. Both Pixels will feature a 50-megapixel main camera, the biggest upgrade to a pixel ever since the Pixel 2. This new 50 mp sensor is much bigger and can capture more details, and allow 150% more light when compared to the Pixel 5.

The new Pixel 6 Pro comes with a 48 mp telephoto zoom lens that has 4x optical zoom. Both of the Pixels have the main 50-megapixel wide camera and a 12-megapixel ultrawide camera on both models. The Photos app in the Pixel 6 and 6 Pro will be equipped with a new Magic Eraser feature that can remove unwanted things from the picture with just a few taps. There will also be a new feature called Motion Mode that lets the users capture actions in photos. 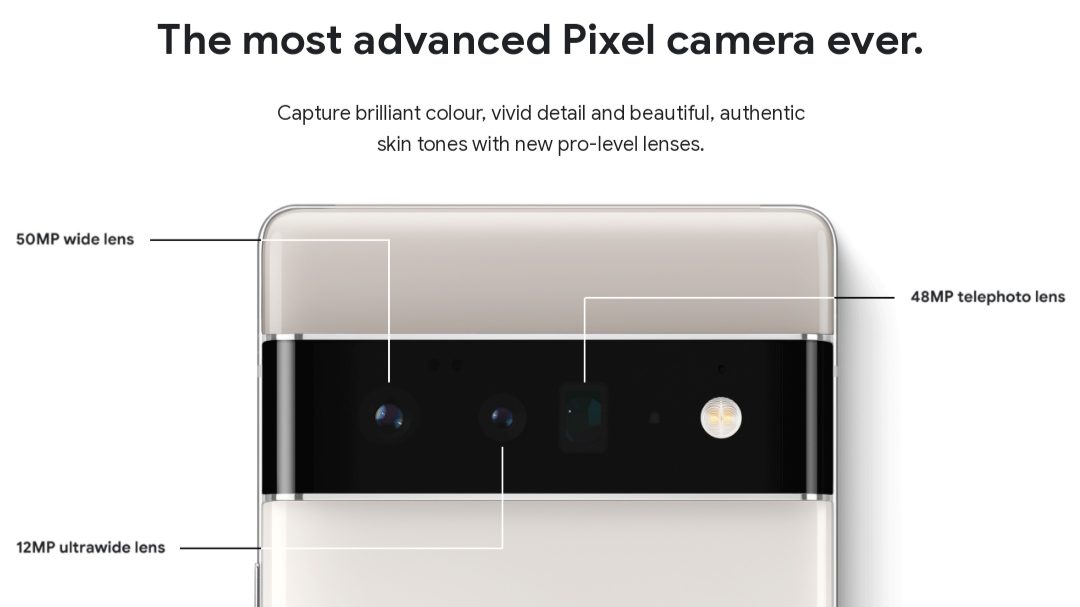 Apart from the new chip and latest version of Android, the Pixel 6 Pro also comes with a new 50 mp main camera accompanied by 12mp Ultra Wide and 48Mp telephoto Sensor.

The Battery life is another segment where Google promises huge improvements in the Pixel 6 and 6 Pro, thanks to the new chip. Interestingly, Google has taken the path of apple here and hasn’t revealed the exact battery specifications of the Pixel 6. But, thanks to the leaks, we know that vanilla Pixel 6 will be equipped with a 4614 mAH cell, while the 6 Pro will be equipped with a 5003 mAH cell.

They promote Adaptive Battery, which can learn the users’ usage pattern and doesn’t let them waste power on the apps they rarely use. Other than Adaptive Battery, there is also the Extreme Battery Saver, which extends the battery life up to 48 hours. Keep in mind that this is a company claim and will change according to the user’s usage pattern.