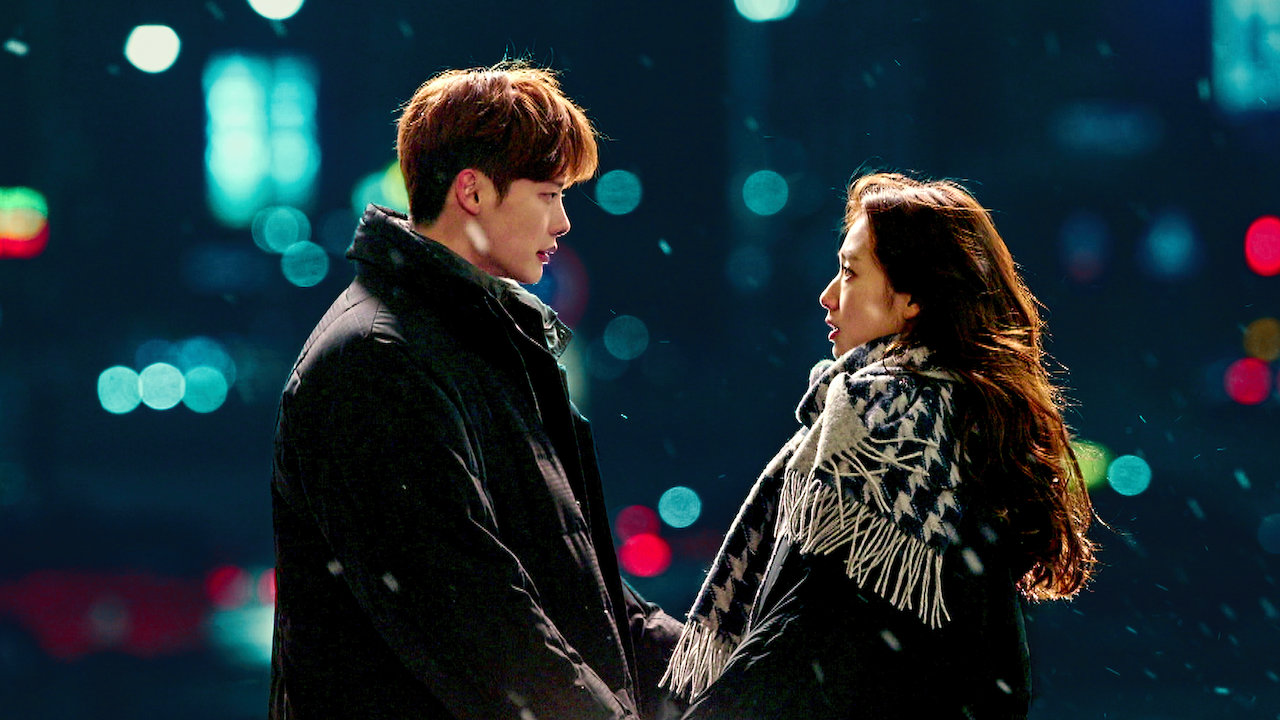 Pinocchio is a South Korean which was released on 12th November in the year 2014. The drama comes under the genre romance, comedy, and family. The drama is cast by Lee Jong Suk, Park Shin Hye, Lee Yoo Bi, Kim Young Kwang, Jin Kyung, and other cast members. The drama goes with the story of a man who loses his family and ruins his life by corrupted reporters. He tries to find the truth behind his father’s death. He came across the daughter of the corrupted reporter who has Pinocchio syndrome. Together they bring out the truth behind his father’s death. 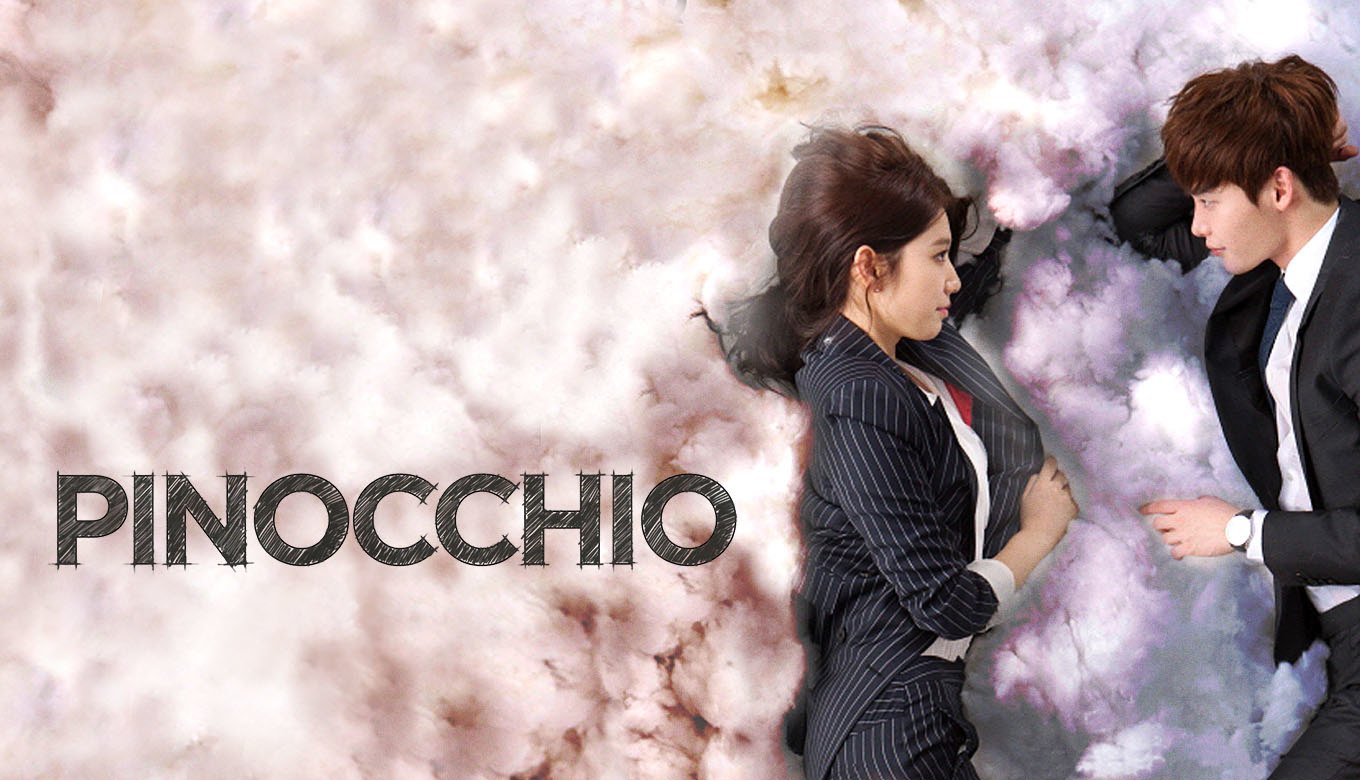 Pinocchio, the romantic drama, tells the story of Ki Ha Myung. Ki Ha Myung, in his childhood, was leading a peaceful, happy life with his family, which includes his father (Ki Ho-sang), mother, and elder brother Jae Myung until his father, who was the leader of firefighters, died in a factory explosion. His father and several of his team members died in the explosion. But his father’s body was missing, which made the media dramatizes the case, especially reporter Song Cha Ok by accusing him. Ki Ho-sang’s wife suicides with her younger son by jumping off a cliff. Jae Myung accuses their deaths on the media, particularly Cha-ok.

Ki Ha Myung was rescued by a kind elderly man who lives on Hyangri Island named Choi Gong-Pil; he was an Alzheimer patient and mistook Ki Ha Myung for his elder son who died thirty years ago. Ki Ha Myung also loved him as his father. Choi Gong adopted Ha Myung and gave him his elder son named Choi Dal Po. Time went, and later his younger son arrives with his daughter Choi In Ha, who has Pinocchio syndrome. His younger son was divorced, and his wife turns out to be reporter Song Cha Ok. Although Ha Myung and In Ha was friends knowing about her mother made Ha Myung hatred towards her as well. Choi In Ha was immensely proud of her mother and always wanted to have become a reporter like her.

Five years later, In Ha and Dal Po was in the same high school in their town. Dal Po, who is a genius, pretends to be dumb in front of Choi Gong Pil. Dal Po secretly likes In Ha. He is forced to join a televised quiz show in the beginning to avoid a situation where Ahn Chan Soo, who has a crush on In Ha, from confessing to her on national TV.

At the TV studio, Dal Po runs to Hwang Gyo Dong, who had been a YGN reporter and one of Cha Ok’s rivals. Despite having Pinnochio syndrome, In Ha decides to become a reporter after seeing Dal Po on TV. Dal Po, on the other hand, is forced to work as a taxi driver to make ends meet as they were not in a stable financial state.

Choi’s family later moved back to the city. Despite In Ha’s three years of hard work in college to become a journalist, she always fails in the interview. Cha Ok fails In-ha at her final interview, saying a reporter with Pinocchio syndrome would be useless. She was MSC’s nightly news anchor and section chief. Dal Po becomes decided to help her achieve her dream and declares that he wishes to become a reporter as well. Later they both apply at YGN’s “blind” audition for broadcast news reporters, and Dal Po gets hired.

In the meantime, Jae Myung has taken revenge on the factory workers who lied about their father. He kills the factory worker and hides his body. He also found his younger brother alive. He also tests Dal Po to know whether he is a true journalist not swayed by emotions or money. Later, Cha Ok hires In Ha, using her Pinocchio syndrome to get public attention to their news channel. Dal Po and In Ha become rivals. Seo Beom Jo, who comes from a rich becomes a reporter and colleague of In Ha. He also has a past connection with In Ha through a wrong phone number. Yoon Yoo Rae, another reporter, and colleague of Dal Po. Later the stories go with many incidences of news reports and obstacles and how they overcome all the obstacles.

Later, In Ha discovers Choi Dal Po’s real identity as Ki Ha Myung and his true intention and his hatred towards her mother. Together they bring down Cha-ok down through their honest news reporting. He reveals the truth about the fire explosion in the factory in which his father was accused, all the while uncovering a bigger conspiracy in the news industry.

Lee Yoo Bi is a South Korean actress. She plays one of the main roles. She cast as Yoon Yoo Rae, who is a reporter that works with Ki Ha Myung. Kim Young Kwang is a South Korean model and actor. He cast the role of Seo Beom Jo, who is a wealthy reporter that works with Choi In Ha. Jin Kyung, a South Korean actress. She cast the role of Song Cha Ok, who is a senior reporter and mother of Choi In Ha. Other supporting casts include Lee Pil Mo, Min Sung Wook, Choo Soo Hyun, Kang Shin Il, Yoon Kyun Sang, etc. All the cast members have shown an outstanding performance.

Pinocchio is a romantic released on 12th November in 2014 to 15th January in the year 2015. The drama is cast by Lee Jong Suk, Park Shin Hye, Lee Yoo Bi, Kim Young Kwang, Jin Kyung, along with other cast members. The drama is directed by Jo Soo-Won. The production of the drama was by Choi Moon Seok. The story of the drama is written by Park Hye Ryun. The drama contains 20 episodes in which each episode has an approximate duration of 58 minutes. The drama is streamed on Netflix and other online streaming sites.