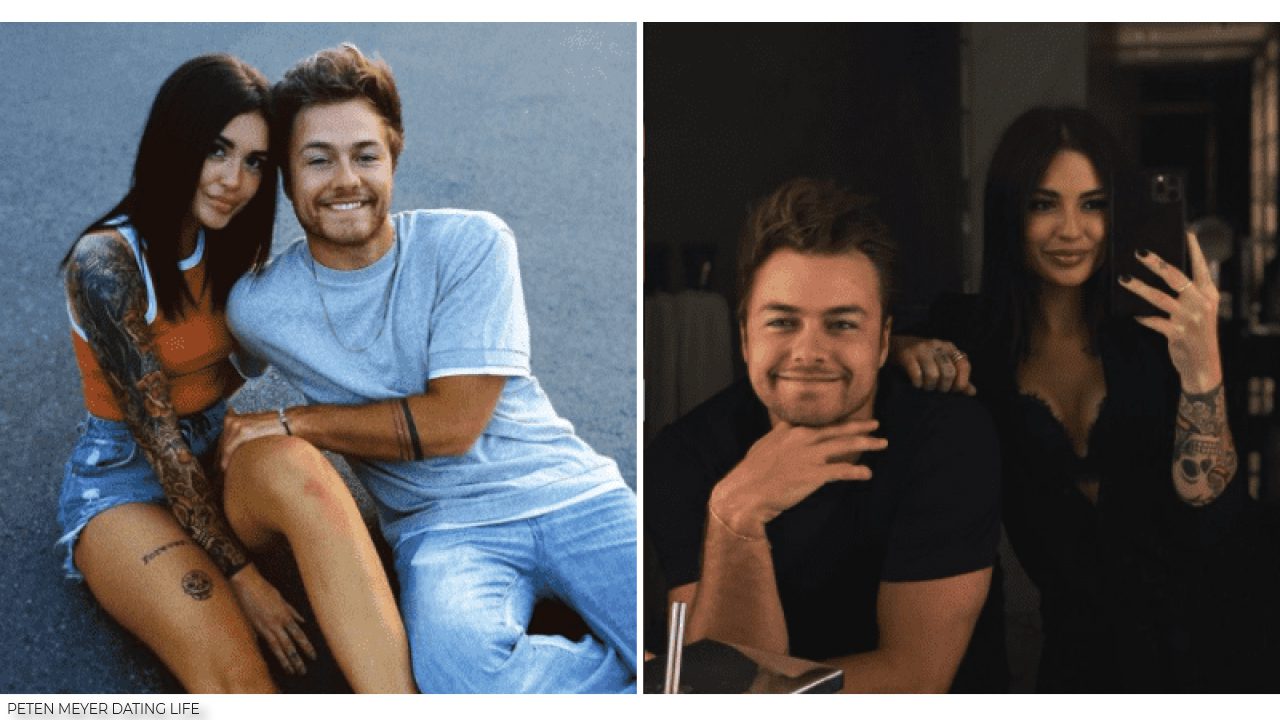 Peyton Meyer New Girlfriend, this topic is getting popular day by day. This may be possible because of Peyton’s popularity or his charm. Most of the females are very eager to know about Peyton Meyer’s new girlfriend. Gone are the days, when we need to wait for the official confirmation on the radio or on Televisions to know about certain things. Thanks to the Internet, the boundaries of uncertainties start getting fade. The lead actor of Disney’s series Girl Meets World is in sensational news these days. World Magazines and News Papers are searching for his past relationships and the current ones. This shows the popularity and love he receives from his fans and supporters.

Peyton has been seen with many girls in recent years. There is great confusion among fans to whom he is dating currently. Disney’s famous star Peyton Meyer is in a close relationship with someone special recently. They also posted a picture of themselves on Instagram confessing their relationship in Public. So if you want to know about Peyton Meyer’s new girlfriend, make sure you read this article till the end and we will also discuss his past relationships, breakups, and all the gossips that you can think of. So Let’s dive into Peyton’s life and discuss who is he dating now?

Peyton Meyer New Girlfriend is none other than Taela. Peyton prefers to keep his lifestyle private and he never committed about his relationship in public. A few of his TikTok videos with his female partner generate curiosity amongst fans and that’s where we got the information about his relationship. She is a professional music maker and Instagram star. She recently posted her pic with Peyton which confirms her relationship with Peyton with even stronger aspects. Just in Taela posted a picture with Peyton in which both are smiling and happily enjoying the relationship life. Well, it is still unclear how long they have been dating but according to fan research from the internet, Taela was a fan of Peyton since Childhood. So we can conclude that Peyton is in a relationship with Taela.

WHO IS PEYTON MEYER?

Peyton Meyer is an American actor. He was born on 24 November 1998 in Las Vegas, Nevada, USA. You may know him as a lead actor in one of the Disney Channel television series Girl Meets World. He is also famous for his role as Wes Manning on Disney Channel’s, “Dog with a Blog”. In 2016, Meyer starred as Tommy in the family comedy film Gibby, which tells the story of a monkey who brings happiness to a grief-stricken girl. In 2017, he played the role of Ethan in Go90’s web series Versus. From 2018 to 2021 approx 3 years, he played the recurring role of Trip, Taylor’s (Meg Donnelly) new boyfriend, in the ABC series AMERICAN HOUSEWIFE.

He was a casual basketball player in his early life. When he was 10, he decided to be an actor. His mother assisted him by driving between Las Vegas and Los Angeles for auditions. When he was 12 years old, he took the acting decision more seriously and decided to dedicate all of his life to acting. Apart from this, he has two brothers, Dhillon and Cole. Dhillon was born on 23 November 1991, 7 years earlier than Peyton.

Peyton Meyer’s Past Relationships, of course, exist. Now we will talk about them. In 2018, Peyton posted a black and white picture with Angeline Appel. He was smiling in the camera while Angeline Appel was looking at another side of the camera with a sharp smile. He also added a caption that read ” I keep my life very private for many reasons, but this I have to share with you guys, I met someone. We have been friends for years. Our individual life was very complicated back in the day, so a romantic life together seemed impossible. I am glad time had a funny way of changing that. I know you don’t like your birthday but today’s a special day. Happy Birthday, Beautiful.”

You may know Angeline Appel from her role in Step-Up Revolution, Babysitter’s Black Book, and Statute of Limitations. Peyton was also in a relationship with Venessa Rose Lowden in 2017 which lasted for a year. Although there is very limited info about his past relationships, we can only provide what we have got from the sources across the internet. As we read above, Peyton loves to keep his life private, this can be the ultimate reason for not socializing his relationships. He was recently seen with Sabrina Carpenter but the news of dating is not credible and needs to be verified.

So that’s all for today, we have talked about Peyton Meyer New Girlfriend and about his past relationships. If you want to read more such type of content, you can read it on our website.

You can connect to us via our social media channels.