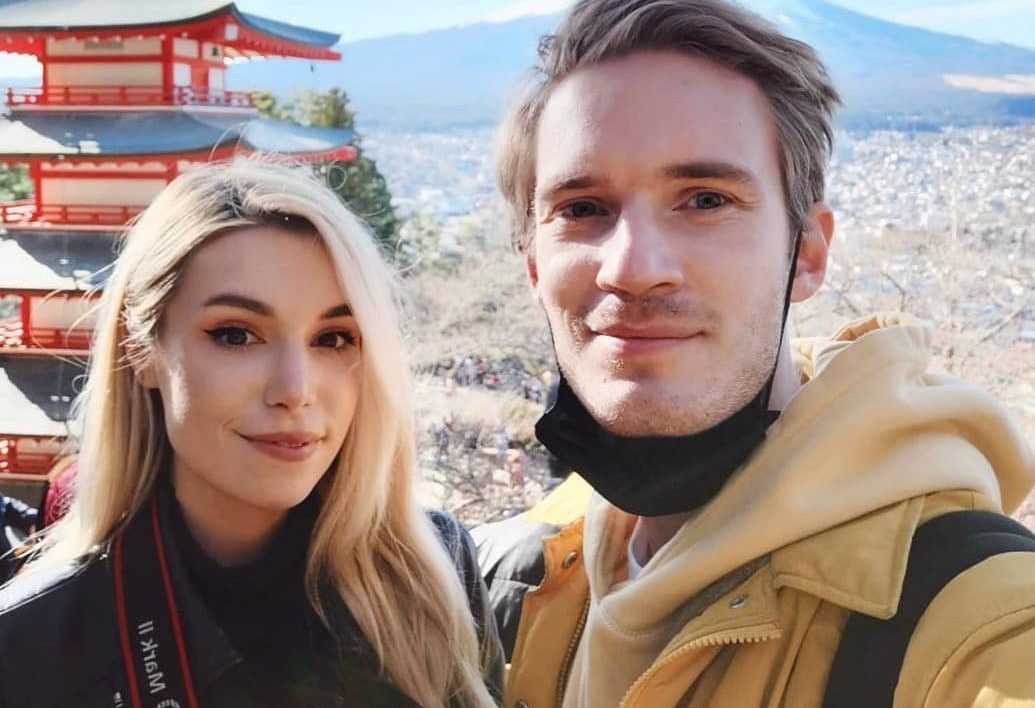 PewDiePie and Marzia’s Relationship is always a great discussion among their fans. Their interest is always peaked. Fans are curious to know how the two met? when did they start dating? whether they are married or not and many other questions are on their minds.

Felix Arvid Ulf Kjellberg is PewDiePie’s real name. He was born on 24 October 1989 at Gothenburg in Sweden. He was born and raised there. Lotta Kristine Johanna is his father and Ulf Christian Kjellberg is his mother, a former chief information officer. He also has an older sister named Fanny. PewDiePie is a popular Swedish Youtuber. His Let’s Play videos and comedic videos are popular on his YouTube channel. In April 2021, With 110 million subscribers, his channel is the most subscribed individual user on YouTube. His channel also became the third most subscribed YouTube channel overall. 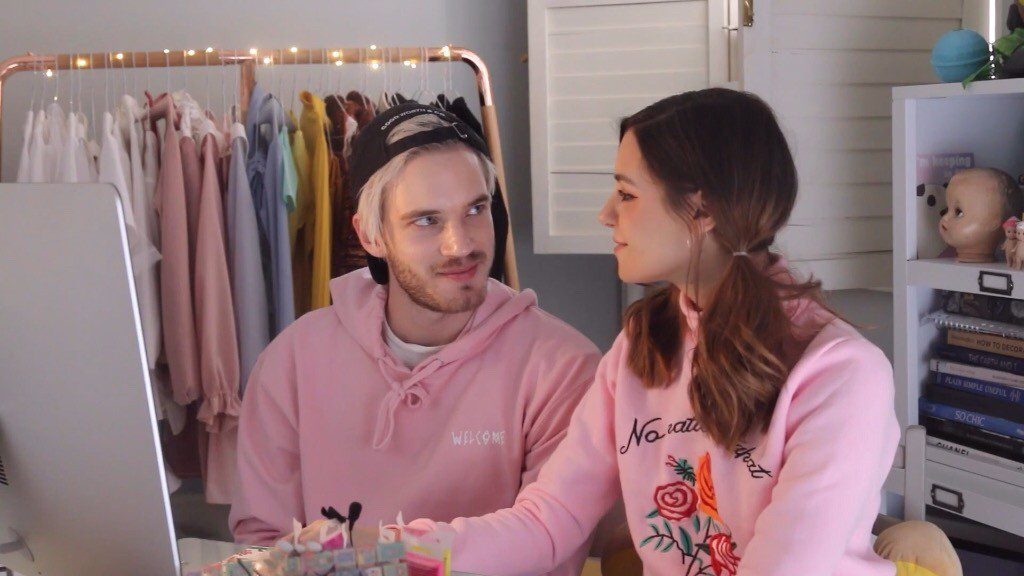 Marzia Kjellberg combines these diverse roles into her life as a former author and fashion designer, business woman, ceramicist, and internet celebrity. She was born on 21 October 1992. Her birthplace is Arzignano, Italy. Marzia was also known for her now-inactive Youtube channel CutiePieMarzia. Aside from YouTube, As a voice actress, Kjellberg portrayed a variety of animated web series. Kjellberg published her first young adult fantasy/horror novel in January 2015. Entitled Dream House: A Novel By CutiePieMarzia. Additionally, in July 2017 she launched a nail polish product line with Zoya. Also, a Jewellery, pottery, and home decor brand was launched by her in July 2018.

PewDiePie and Marzia were introduced to each other by Marzia’s friend Dazio. Her friend made her watch a video on his Youtube channel where he was playing a video game. Thus, we can say that her eyes were caught by him playing video games. To contact him, she decided to e-mail him. And 2011 marked the beginning of their relationship. They started dating. At first, Kjellberg flew to Italy to meet her. On Christmas Day 2011, Marzia made her first appearance on PewDiePie’s channel. When he was staying with her family for a holiday. The two promised to work together again in the future. The following October, she moved to live with him in Sweden. After moving from her native country of Italy, They became a resident of Brighton, England. 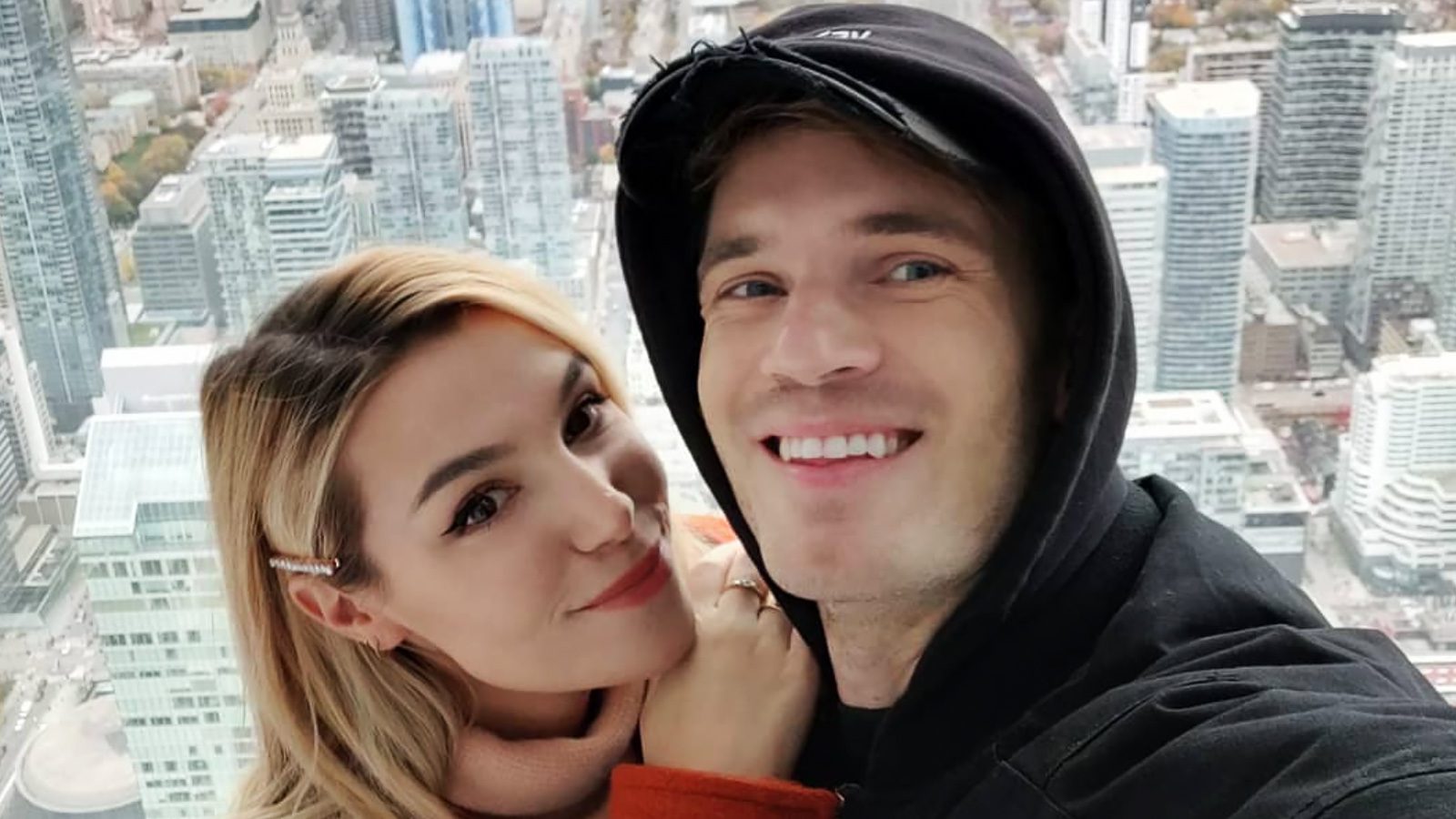 At that point, Marzia had let YouTube reign over her life. she almost isolating herself from social relationships. The star made new friends on YouTube, especially since she realized how much she’d been isolating herself.

After being together for 7 years, On April 27, 2018, Kjellberg announced that Felix had proposed to her via Instagram while on vacation in Japan. It’s no wonder fans were shocked when Marzia uploaded a video entitled “Goodbye, Youtube” in October 2018. She uploaded this video months after they got engaged. The star returned to YouTube a short time later, to appeared in PewDiePie’s QnA with Future Wifey video, which caused quite a stir among the fans.

After being in love for 7 long years and being engaged for almost more than 1 year. This YouTube power couple married on 20 August 2019. PewDiePie and Marzia tied the knot in a beautiful woodland ceremony at the Temperate House of Kew botanical gardens in London. Their fans couldn’t be happier.

The couple’s wedding was attended by an ace YouTuber like  JackSepticEye and a few other YouTubers. They took part in the ceremony and shared heartfelt congrats on Instagram. In addition to the beautiful wedding pictures, Felix also shared his joy on social media. He captioned the images that They are married. And he is the happiest he can be. He is lucky to share his life with an amazing woman. 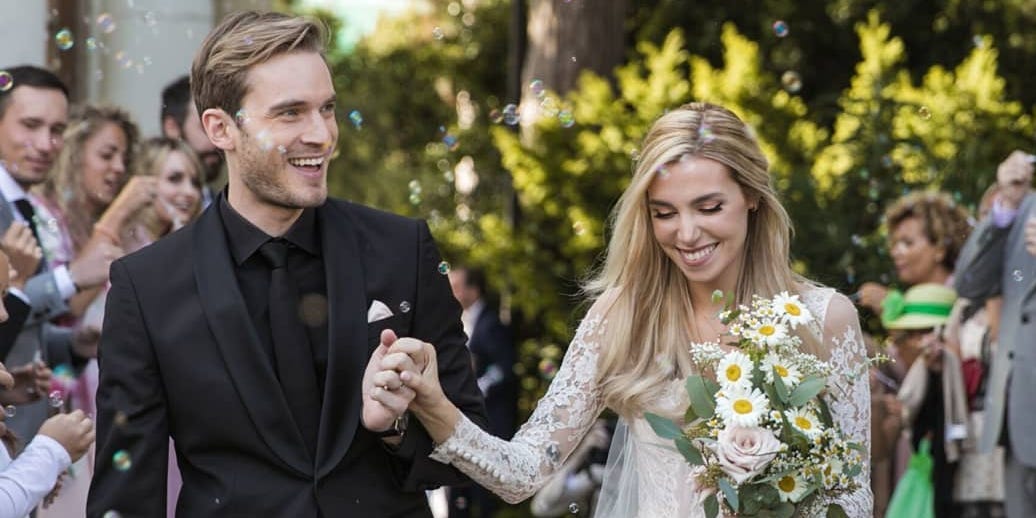 It has been almost 2 years since the couple married. They are enjoying their marriage and the beauty of their union. Felix is continuing to post wonderful gaming videos to YouTube, and Marzia is working on her business. In early June 2021, the couple went camping around the U.K. with their friends. You can check out their photos on the PiwDiePie Instagram handle.

Also Read: Who Is Joker’s Girlfriend, The Clown Prince Had Another Love Interest?
In this article: