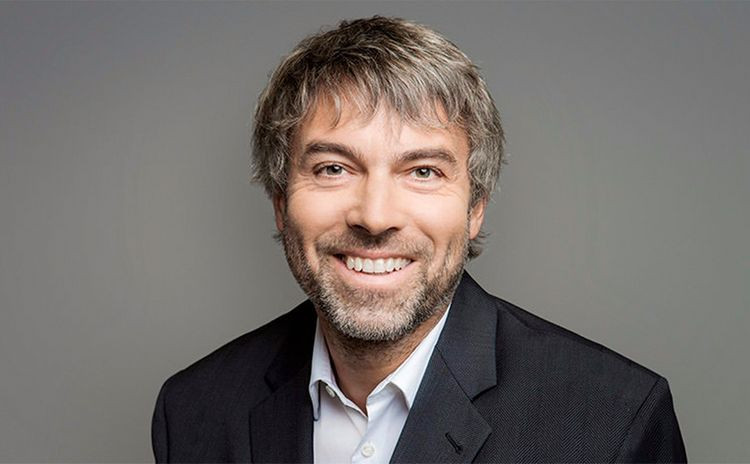 We all know the notable Billionaire entrepreneur of the country Czech Republic named Petr Kellner. Not only is he a billionaire entrepreneur, but he is also the founder of the famous investment group named PPF Group. Other than that, he holds the majority of the group’s stake, which is somewhere around 98.93%. But as fate may happen, he is no more with us. At the time of his death, he was regarded as the wealthiest person in the Czech Republic, having a net worth of billions.

Born on the 20th of May in the beautiful city of Ceska Lipa was the notable businessman of the Czech Republic was Petr Kellner. Though later he moved to Czechoslovakia, he spent most of his early days or childhood days in Liberec. Talking about his studies though, there is no information about his high school or middle school, we know about his college days. For his college, he went to one of the popular colleges of Prague named the University of Economics. He completed his graduation in the Faculty of Industrial EconomicsHe passed out of college in 1984.

Succeding the non-violent revolution named the Velvet Revolution, he started working in the popular company of Czech named Ricoh Photocopies. In that company, he worked in the post of an importer and seller. Gradually with time, he became more prominent in his work. But as it is destined, during his work period, he met two awesome people, namely Milan Madercy and Milan Vinkler.

After a few years in 1991, following the declaration of the privatization of the voucher in Czechoslovak, he established the popular investment fund named Prvni privatizing fond or also known as PPF. He did so with Milan Vinkler and a company of glassworks that is state-owned named Sklo Union. In the following year, the name of the company was changed. Earlier, the company PPF was built as a privatization company, but later, it was changed to an investment company. With having a successful fund, the company was able to buy stock of more than 200 corporations. They had a nominal value of 5billion CZK.

After a few years, in 1995 and in 1996, their company was able to buy the stake of the largest insurance company of Czech named Ceska Pojistovan. The stake they bought was 20%. Later they started to manage it. Following that, they again bought some more percentage of the stake of the Ceska Pojistovna. They bought around 31.5% for an amount of 2.85billion CZK(when converted into dollar bills, it is somewhere around $72.27million at that time) from IPB. But later, the IPB had to pay a fine to the PPF company of 1.6billion CZK, which is around $40.93 at that time.

With that, the price of the stake came down to 1.25billion CZK, which is $31.98 million at that time. With time PPF became stronger and bought more stakes as well. By 2001 it emerged as the dominant company having the ownership of 93%stake. At that time, he bought the largest share of the stake from the popular bank of Czech named Komercni Banka. He also bought the shares from the Czech state. Having so many profitable transactions in the past years, it was easy for Kellner to buy the last investor of the voucher privatization policy. With that, Petr Kellner emerged as the dominant owner of the PPF Group.

After a few years from buying the last investor of the voucher privatization, in 2007, the PPG group signed a contract with the popular Italian insurance company named Assicurazioni Generali. The contract stated building a joint venture between the Czech company that is PPF Group insurance arm and the Italian company that is the Assicurazioni Generali’s corporation. The ventures will not be limited to some particular places but will cover Czech Republic, Slovakia, Polan, Hungary, Romania, Bulgaria, Ukraine, Russia, Serbia, Slovenia, Croatia, Belarus, and Kazakhstan.

According to some reports and sources, the PPF group owned 49% share of that company that is of the joint venture from the very start. Other than that the Generali also paid somewhere around a 1.1billion euros (when converted in USD, it is $1.29 billion at that time) to the PPF Group for its stake in the company. He was one of the important members of the Board of Directors of the Generali company from 2007. It continued for a span of 7years or so, that is, till 2013.

After some time, Kellner, having so many successful transactions in the past, was able to buy around 2.02%s stake in the Italian Company that is Assicurazioni Generali. In 2013, Kellner decided to sell the remaining shares of the joint venture that is the Generali PPF Holding or GPH, to the other company is the Generali, for an amount of 2.5billion euros (when converted into USD, it is $3.32billion at that time). After a couple of years, having the hold of the whole stake share of the company, Generali became the sole owner of the company from 2015.

Before signing the venture with the Italian insurance company named Assicurazioni Generali in September 2007, it was declared by the popular businessman Ronald Lauder that Kellner has the ownership of 3% of the total stake of the Central European Media Enterprises. Other than that, he was also included in the board of Directors of the same.

According to the reports of 2013, Petr Kellner owns 98.93% of the stake of the company that is the PPF investment and financial group. Before that, in 2006, he earned his name on the list of billionaires published by Forbes. At that time, he had a new worth of somewhere estimated to be $3billion. He also ranked as the 224th Wealthiest Man in the world. In the following year, that is, in 2007, his rank increased to 119th with a net worth of $6 billion.

With this, his rank kept on increasing from time to time. In 2008 he held a net worth of $9.3 billion, becoming the 91st wealthiest man in the World. After that, he increased his net worth to $6billion, making him rank 76th. As of 2010, his rank became 89th with a net worth of $7.6billion. According to reports published by the weekly magazine of the Czech named Tyden, his net worth at that time was $4billion, though it was less than the previous year.

Other than having ranks on the list of the World’s Wealthiest Man, he also has some expensive items. In 2010 he became the owner of his business airplane that is the Boeing 737-700 BBJ. Talking about his dwelling place, he lives in an extensive residence in a village named Podkozi, which is in the beautiful city of Prague. Other than that, he owns a few real estate in some other countries as well. Being passionate about collecting photographs, he owns one of the largest collections of photographs taken by one of the best photographers named Josef Sudek.

After five years or so, he acquired the 137th rank in the Forbes list of billionaires, published in 2015. At that time, his net worth was somewhere estimated to be $9.2billion. After a few years, in 2016 August, his net worth increased to $11.4billion, making his rank on the list 102. At that time, he became the wealthiest person in the Czech Republic. In 2018, Kellner made his rank in the list of top 100 that is, his rank was 88th with a net worth of $15.5billion. In 2020 his net worth increased to $14.9billion with the 68th rank on the list. In that very year, that is in 2020, in October, in the list of the Czech Forbes, he was regarded as the richest person in the Czech Republic with a net worth of 293billion CZK(when converted into USD, it is $13billion at that time).

But as fate may happen, he expired in 2021. At that time, his net worth was somewhere estimated to be $17.5billion.He was regarded as the Wealthiest Person in the Czech Republic.

The unfateful day was the 27th of March 2021, when one of the richest men in the world and the wealthiest person of the Czech Republic, Petr Kellner, left the world. Being a person of a sporty and adventurous nature, he was heliskiing in Alaska’s backcountry, which around 80km or 50miles on the eastern side of the Anchorage. He was in an airplane named Airbus AS 350 B3. While doing the helicopter crashed with him and other people as well, resulting in his and everyone’s death.

How To Properly Hatch Eggs In Pokemon Go