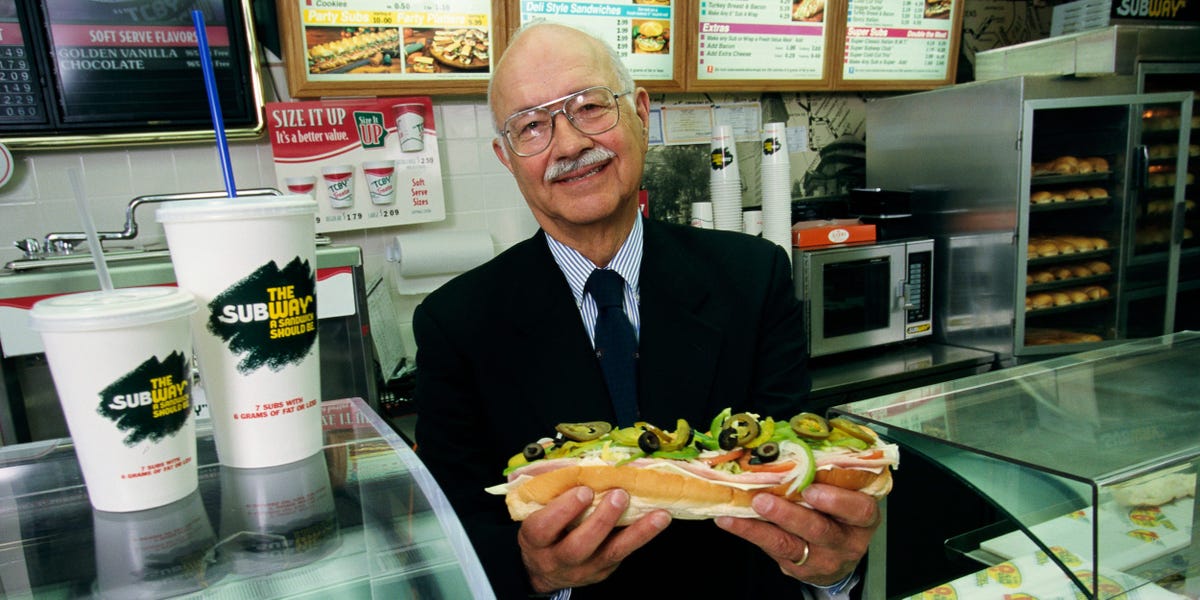 Subway is one of the most popular sandwich restaurants that is found worldwide. However, what you might not know is that Subway’s owner, Peter Buck, has passed away very recently. Just a day ago, the news had shattered everyone. Everyone paid homage on Twitter to the mastermind behind such a huge business enterprise. Before Subway, there were hardly any sandwich chain restaurants that made customized sandwiches according to the customer’s choice. In this article, we will be looking at Peter buck’s net worth and find out how much is Subway’s revenue.

However, Peter Buck is not the only owner of Subway. His family friend Fred DeLuca also had a hand in suggesting about the company. Another fun fact that you might not know about Buck is that he was a physicist before he got into the business. The reason why he opened the restaurant was that he wanted to pay his college fees. The concept was also quite different at the time of starting. As his business expanded, Buck left his degree and went forward to become a successful businessman and philanthropist.

Peter Buck’s net worth is estimated to be around $1.7 billion. In 1965, Peter Buck and his friend DeLuca had managed to set up a shop for selling sandwiches. They came up with the idea to pay off their college fees, and it was named “Pete’s Subway Sandwiches”. The reason for naming the sandwich shop was that Buck was a nuclear physicist, and he was working U.S Navy submarines. Buck had also worked with power plants during that time. After a few years, he also managed to open the business. In an interview, Buck had even said that it was not an easy thing. The business took at least 15 years to grow. Before that, it was just a sandwich shop in Connecticut.

Then in 1968, they had decided to change the name to “Subway” and made it a franchise. As the years passed by, the shops began to open in various locations. Apart from that, Buck was working as a physicist well into 2010. After that, he left his job and went to focus on his business. In 2010, it was one of the largest food chains in the world. Till now, it is one of the largest fast-food joints which opens in almost every country and is above McDonald’s and Starbucks too.

Peter Buck was born on December 19, 1930, and he died recently, on November 18, 2021, at the age of 90. He had been married twice in his life. At first, he was married to Haydee Piñero in 1955. From his first marriage, he had three children named: Cynthia, Kenneth, and Christopher. Unfortunately, Cynthia and Kenneth had deceased when they were quite young. The marriage ended in divorce, and he remarried Carmen Lúcia Passagem. He has a son named William from his second marriage. Unfortunately, his second wife passed away in 2003.

Buck was just not a businessman, he had a doctorate in Engineering. He had worked in a lot of famous companies including with the U.S Navy. He also had worked on Nuclear Energy in Connecticut. After he became a businessman, he did not go around showing off his wealth. He also turned into a philanthropist, trying to give back to society as much as possible. Now that he id deceased, and his partner DeLuca had also decreased, there is high anticipation regarding who would now lead the company. However, the CEO of the company was just changed right before the pandemic started. Hopefully, John Chidsey will be a good match to lead the company.