If you’re one of the many people who saw Personal Shopper and were left with a lot of questions, you’re not alone. The film ended on a very ambiguous note and left a lot of viewers scratching their heads. What was the point of the movie? What was the message? This article will attempt to explain the ending of Personal Shopper and what it all means.

Personal Shopper was written and directed by Olivier Assayas. You may remember Assayas’ work from the movie “Carlos” starring Edgar Ramírez. And the movie was produced by French producer Charles Gillibert, who worked with Gus Van Sant in Paranoid Park. Now, without further ado, let’s unravel the mystery surrounding this movie.

Maureen Cartwright works in Paris as a personal shopper for Kyra, a wealthy supermodel. Later, Maureen is waiting for her twin brother, Lewis, who died later from a genetic heart ailment, to fulfill their common oath and send a signal from the afterlife. After that, Maureen spends the night at Lewis’ house in the hopes of obtaining a sign and is briefly visited by a spiritual presence.

Lara, Lewis’s girlfriend, joins Maureen to meet a previously acquainted couple with Lewis, interested in acquiring the house. The wife mentions the artist Hilma Klint, whose paintings were influenced by communications from the spirit world. Later, Maureen video chats with her buddy Gary, an Oman contractor, who encourages her to stay with him, which she declines.

Maureen meets Ingo, a magazine editor, and Kyra’s lover, at Kyra’s apartment the next day. Ingo says Kyra intends to split up with him because she fears her husband will find out about their connection. Maureen later comes to Lewis’ house and is startled when the bathroom faucets turn on. Maureen discovers her paintings have been forcefully scratched out after investigating the house, and she is frightened by an evil female spirit.

Later, Maureen begins receiving text messages from an anonymous source, whom she initially misidentifies as Lewis. The sender urges her to engage in forbidden fantasies, such as dressing up like Kyra. Maureen goes to Kyra’s house to change her clothing and then enjoys herself in Kyra’s bed. She falls asleep and is awoken by the same female specter at Lewis’ home.

The enigmatic courier leaves Maureen with a hotel room key. Maureen arrives at the hotel to find an empty room dressed in one of Kyra’s most recent gowns. She inquires at the front desk about the texter’s identity, only to discover that the room was pre-paid in cash under her name.

Maureen returns Kyra’s jewelry to the apartment and gingerly unlocks Kyra’s bedroom door to discover Kyra naked, dead on the bathroom floor. Maureen flees to the police station on her motorcycle, where she is questioned about her relationship with Kyra. She is ultimately released and ignores the texter, asking whether Maureen told the cops about their discussions.

After returning to her flat, Maureen calls Gary to accept his invitation to stay in Muscat. Maureen realizes she has the jewelry in her apartment after telling the cops she left it at Kyra’s. The texter orders Maureen to return to her hotel room, which she does with the jewelry. In the motel, Maureen recognizes the unknown person entering the room.  Following that, Ingo is seen leaving the hotel and is captured by two police officers, where he admits to murdering Kyra.

Also Read: The Takedown Ending Explained: Who Was The Gunman?

After meeting her at a restaurant, Maureen asks to stay with Lara before joining Gary in Oman. The following day, Maureen meets Erwin, Lara’s new lover, and Lewis’ acquaintance. He goes to work, and as Maureen sits alone in the garden, a person in the kitchen holds a drink. The apparition vanishes, and the glass briefly levitates before smashing on the floor.

Maureen travels to Oman to visit Gary in the highlands. Maureen hears a disturbance at his retreat and discovers a glass hovering in the air; it falls and shatters. She questions the thing, who, frustratingly, responds with a single thump. Maureen, overcome with emotion, repeatedly asks, “Lewis, is it you?” amid the quiet until finally asking, “Or is it just me?” and receiving a thud in response.

There are two widely accepted theories for the finale. The first is that Maureen was murdered at the hotel and turned into a ghost. After the tragedy, we observe a spirit leave the hotel. The main issue is that she interacts with Lara, Maureen’s brother’s girlfriend, and Lara’s new boyfriend.

Another frequent theory is that Maureen’s brother was with her the entire time, including shielding her from the murderer at the hotel. But the difficulty is that the Spirit never explicitly stated that it is her brother. The Spirit seemed to be playing with her. The closing scene was an excellent example.

the ending of Personal Shopper is quite perplexing. Maureen’s brother appears to be speaking with her for the first time. However, it continues to play with her and does not reveal that it was her brother. The Spirit communicates with her by a knock. One knock means “yes,” and two knocks mean “no,” as Maureen learned from a video she viewed earlier in the film. However, the Spirit appears to be telling her in the end that everything is in her head. So the only explanation that makes sense is that she imagines everything, and it is all in her head. 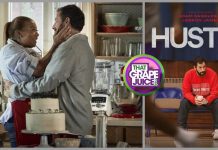