Perrie Edwards is one of the most successful pop singers in the country. 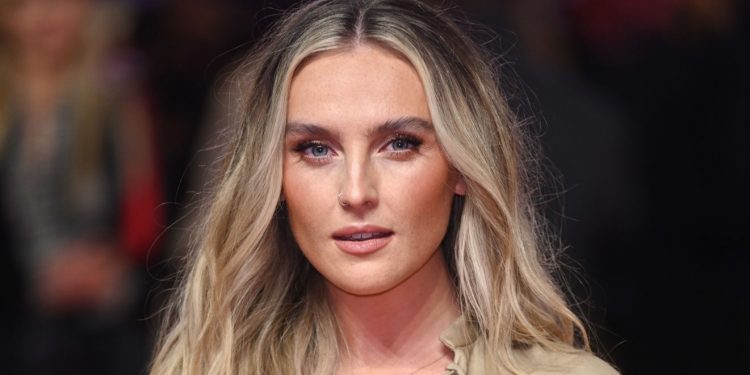 Perrie Edwards celebrates her birthday on July 10 every year. Perrie was born in 1993. Nowadays, there are many speculations being made about her pregnancy. Is Perrie Edwards Pregnant? She was born in South Shields, located in England. She was born to parents Alexander Edwards and Deborah Duffy. Perrie has a brother named Jonnie Alexander Edwards and a younger half-sister named Caitlin Edwards from her father’s side.

Perrie Louise Edwards is a renowned pop singer who is a member of the British hit girl band group “Little Mix,” and the other band group members include Leigh-Anne Pinnock, Jesy Nelson, and Jade Thirlwall. The group was formed during season 8 of the reality television music competition “The X Factor” and had become the first group to get victory in the competition.

After winning the title, the young singer shot stardom and released her first album, “DNA,” with her comrades from the band group. Today, Perrie Edwards is one of the most successful pop singers in the country. The blonde bombshell not only gained significant name and fame but has also captured the hearts of millions of people. As of May 2017, this beautiful singer has gained 13.7 million fans on Instagram and approx 25,000 on Twitter. Perrie Edwards is a simple but lazy girl who loves dressing in the outfits of the 1990s. The talented woman is one such star who will indeed rule the music world of the future.

Is Perrie Edwards Pregnant? The 28-year-old singer announced in May 2021 that she and her soccer player partner named Alex Oxlade-Chamberlain are expecting their first child together. The couple shared a similar post on their respective Instagram accounts. Perrie Edwards recently left fans speechless by sharing the most beautiful photos of her blooming baby bump on her Instagram page. The Little Mix star is happy to show her bump in a stunning series of photos as she expresses the joys of motherhood.

Perrie, understandably, had not told her fans about her due date as it is likely to stay between her and her handsome husband. The three-month period may have ended since she announced her pregnancy in May so that she can expect an appointment around October/November 2021 for her first pregnancy. The exciting news about Perrie and Alex’s baby came days after her bandmate Leigh-Anne Pinnock announced her first pregnancy. Perrie also shared the happy news on Instagram, posting a photo showing her baby bump.

Alex Oxlade-Chamberlain is a famous English professional footballer who plays as a midfielder for the England national team and Premier League club Liverpool. On August 15, 1993, Alexander Mark David Oxlade-Chamberlain was born in Portsmouth, England, to former England players Mark Chamberlain and Wendy Oxlade. His uncle named Neville Chamberlain, is also a professional footballer, and his younger brother Christian plays for Portsmouth. He spent his youth career at Southampton Academy before joining the club’s senior team, where he scored nine goals in 36 games in one season.

He was later signed by Arsenal, where he spent six seasons of his club career, scoring 20 goals and providing assists in 198 games. Alex was also a major contributor to Arsenal’s FA Cup triumph on two wins. He has scored three goals in 28 games following his recent move to Liverpool. He was part of the England national team at UEFA Euro 2012 and the 2014 FIFA World Cup. Alex is the second-youngest player ever to represent England at the European Championship.

In 2011, Perrie Edwards auditioned as a solo singer for The X Factor 2011. Unfortunately, she was rejected and reunited with another rejected member, Jesy Nelson, in a group named Faux Pas. Meanwhile, Jade Thirlwall and Leigh-Anne Pinnock were in another band, “Orion.” Later, the four rejected candidates were united in a group called “Rhythmix.” The band’s name, Rhythmix, was later changed to Little Mix and went on to win the competition, becoming the first girl group to win “The X Factor” title.

After winning the title, Perrie Edwards and other girls became famous. Perrie and her band released their first album, “DNA,” on November 19, 2012. The album immediately peaked at number 3 on the UK album charts and also ranked among the top 5 albums in the US. In 2013, Little Mix released their second album titled “Salute.” Two years later, the famous band released their third album, “Get Weird,” followed in 2016 by the fourth album titled “Glory Days.” In addition, Perrie Edwards also participated in several tours and events. She even promoted and endorsed a number of products and brands.