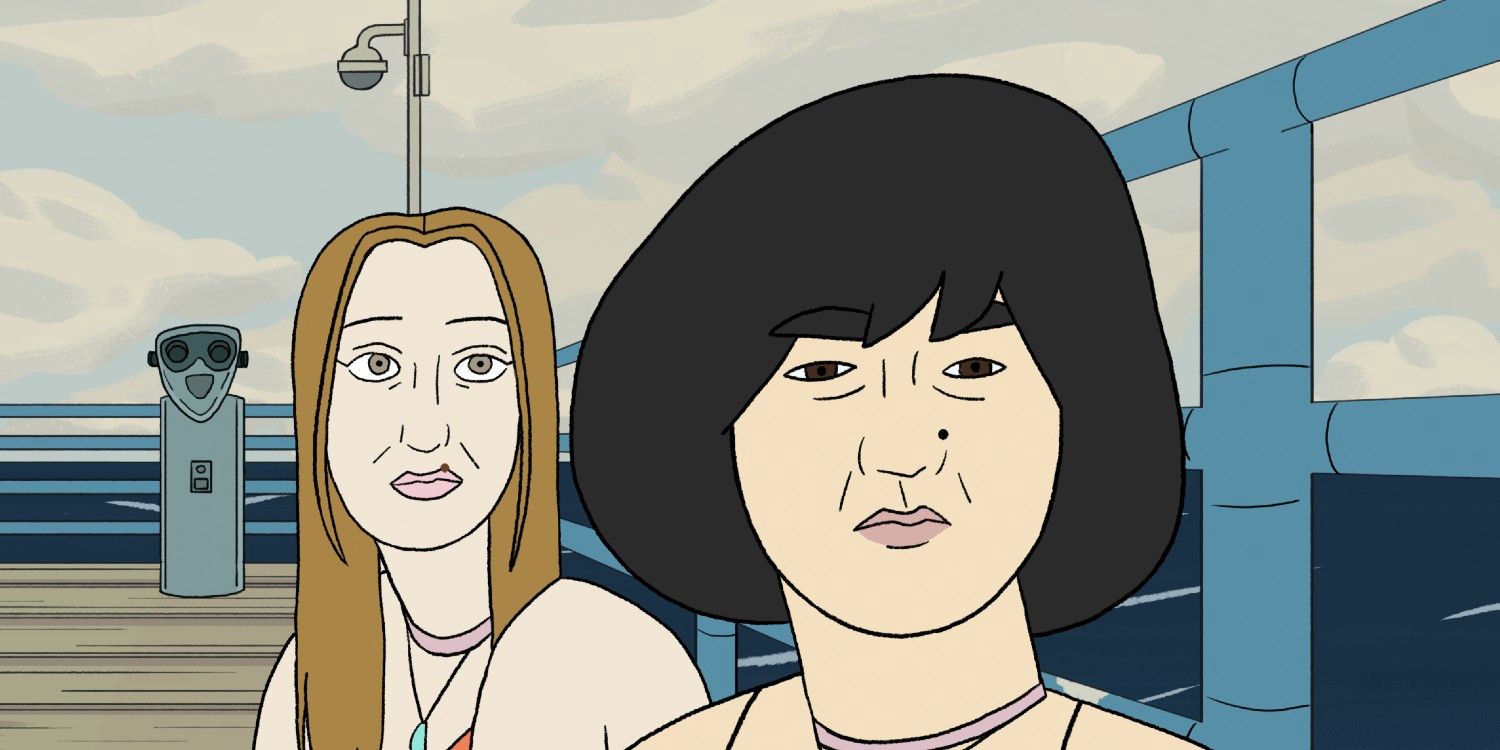 PEN15 Season 2 is back but for one special animated episode. The second half is quite affected after the covid-19. So till now, we had only the first half of PEN15 Season 2. The release dates for the next set of episodes still remain a mystery. But not for this animated special that has made its way around. The animated special doesn’t distance itself from the show’s original storyline. In fact, it picks up right where the first part of second to left off with Curtis taking the girls on a trip.

The last time we were on PEN15, the first half of the finale of part 1 really went well for Season 2. The play did good and made Gabe and Maya overnight stars despite a few bumps here and there. Everyone was making up with each other including Anna with her mother. She realized how she is not good to her and neither is her father. At the same time, Maya got her first heartbreak. Although, Anna was there for her the girl needed something to move on with and this trip might be it. So let’s break down everything that happened previously on the show before we move to animated special.

Previously on PEN15, we opened up with Anna getting ready for the stage production today as her mother tries to help her. Only for her to deny and leave. Still, she asks Anna to carry glitter as a backup which she takes.  Gabe with his new hair is getting all the support he needs while at the same time Maya looks for a much-needed prep talk from Anna.

So the play begins and that too with a lot of bumps, to begin with. There is a certain animosity between Maya and her boyfriend Gabe who is playing her husband in the same rule. That becomes obvious when he denies a kiss from her. Maya also forgets her lines until Anna makes the rescue in time and the glitter that her mother gave came as a great add-on. The rest of the play went well and became a standout. Gabe and Maya were no less than the stars.

The after-party saw the families of kids joining in to celebrate. As embarrassing, it gets for Maya, at the same time Anna is left waiting with her mother for her father to come. Maya is looking forward to her one kiss with Gabe and she feels something is wrong but Maya encourages her to go for it. Anna’s father later drops by but it doesn’t fill in for all the times he has been absent from his family. Until his convertible comes into question.

Maya also meets Sam who apologizes to her for past and also questions about Gabe not wanting to kiss her. So Anna picks up Maya, Gabe, and Steve for the ride. When Maya tries to make moves with Gabe, they leave them alone. Gabe only later confesses that he doesn’t feel the same towards Maya leaving her heartbroken. Anna later comforts her and also makes up with her mother with whom she hasn’t always been great. The episode closes with Anna’s dad Curtis taking the girls on a ride in his new convertible.

PEN15 Season 2 Animated Special or Episode 8 is releasing on August 27, 2021, and will be available to stream on Hulu. The first half of PEN15’s second season came way back in September 2020. The room is created for the coming Episode 8 which is animated for PEN15 but we won’t expect new episodes anytime soon for the regular live-action. So we gotta hang on for that. Until then, Check out the official promo and synopsis breakdown for Pen15 Season 2 Animated Special below.

PEN15 Season 2 Animated Special is titled, “Jacuzzi”. The official synopsis of the episode says we will see Anna and Maya on a vacation with Curtis. During this trip, they come across insecurities they never thought of. Despite ignoring the way out of them, these insecurities don’t seem to leave the girls alone on this fine trip. From the promo, it seems these insecurities come from a picture they got painted that sees them not the way they look at each other every day.

Anime like Dota: Dragon’s Blood That Are A Must-Watch