The creator of the show Steven Knight also told that the show will be continued in a different form. The biggest news that came up was that Charlie Murphy won’t be returning in season 6 as Jessie Eden. The big news came yet was Bafta Rising Star Conrad Khan has already joined the cast. Steven Knight has already told us that we will see a totally different season 6 from the other 5 Seasons. What should we expect from season 6? Steven Knight, the show’s creator mentioned that audience can see Shelbys preparing himself for the path of the war.

Also, Finn Cole said in the interview that they can premier the show by the end of 2021.

What we saw in the last season finale was that Alfie Solomons was still alive. Tommy angrily declined the offer of Michael to hand over the opium business to the new generation. Shelby’s idea to assassinate Mosley was foiled, this pushed Tommy over the edge.

So, who was the person who wrecked their plans? Is it Solomons who is still angry at Tommy for trying to kill him? Or is it Michael as his wife said that they should opt for Plan B? When Finn told Billy Grade about his plans, he did make a mysterious call after that. You can really see revenge in season 6 and Tommy’s mind continue to untangle. If we consider the real story, Oswald Mosely married Diana Guinness, his second wife in the year 1933 at Joseph Goebbels home. Adolf Hitler was the guest in their marriage. There’s still lots of political drama left to watch in the next season.

If we talk about season 5 of Peaky Blinders, it is all about the arising of Fascism, racism, and nationalism. During the 30s there are very different things happening around the world. The creator of the show Steven Knight said in an interview that he just wanted to show simple ideas of nationalism that were represented by Mosley. And that was the reason why they got Sam Claflin, as they really wanted someone really attractive and appealing. 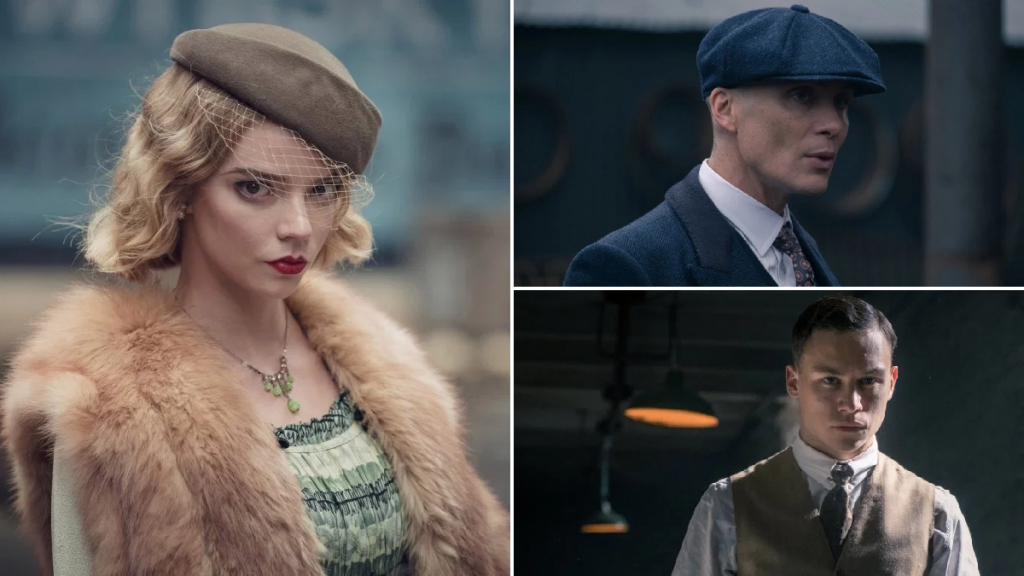 Steven confirmed that the audience will get to see plenty of political drama and Tommy will continue to remain the MP. He also told that they will cover the year 1934 in season 6 and everything will get worse. Tensions will keep getting huge and Tommy will be stuck in the middle of all these. He mentioned that they will explore everything that happened in the 30s and how certain things came to light.

Another very important thing is that Gina Gray’s American family will have a major role in Season 6. Their links to Oswald Mosely will be the major plot of the story too. Steven is really open that there could be seven seasons of the show.

If you are familiar with the history the Battle of Cable Street is on the corner too. In 1936, the British Union of Fascists marched towards the East End of London. This area was specifically chosen by the British Union of Fascists as a Large Jewish community used to live there. But anti-fascists and communists blocked their way from there, And when they were having a war, fascists lost.

No official trailer has been released of Peaky Blinders Season 6 yet. Only trailers till Season 5 are available. But there are chances that the trailer of the show could release in mid-2021 or late 2021. Till then we have to wait for more updates.

MUST-READ: Skulls & Bones: What We Know So Far

There have been made big changes in the cast as many actors won’t return for season 6. There has been no official announcement made yet regarding the cast of the show but many are still worried that in the finale episode when Tommy was holding a gun to his head, what will he do? will he return or not? But everyone knows at this point he really has to survive for Knight’s plot to 1939.

There are also expectations that Polly, Arthur, Finn, Michael, Gina, Oswald Mosely could return for the finale season. There are chances that The Billy Boys could also play a strong role in Season 6 too.

If we talk about the new cast, Bafta Rising Star Conrad Khan is all set to make his appearance in Season 6. But there is no information yet on which character he could be. Conrad is very famous for playing Tyler in Henry Blake’s film ‘County Lines’. England star Stephen Graham will also join the cast but there’s no confirmation on what role he will play.

Photographs From The Set

When there was lockdown going on in the World, amid covid pandemic, in March 2020, the director of the show shared some photographs from the Garrison pub which was newly renovated. The photo was captioned saying that this is a newly renovated Garrison pub.

When the production of the show was confirmed starting in January 2021, the official Instagram page of Peaky Blinders shared a picture of Cillian Murphy with a mask onset.

And then in March of 2021, Peaky Blinders shared a photo of Murphy behind the scenes.

MUST-READ: NCIS Season 19: Is The Crime Drama Wrapping Up?

Has The Shooting Started?

The creator of the show Steven Knight confirmed previously that the shooting of the show started in January 2021. He also shared a picture on Instagram saying that ‘the story will continue in another form’ hinting that the shooting and production of the show have already started. He also mentioned that due to delays in production due to the pandemic, the family of Peaky Blinders was separated for a long time and they couldn’t wait to get back together again.

Knight said that this season could be the best season and best series of all time and fans Will love it.

The executive producer for BBC, Tommy Blufin said that the team is very excited as the Shooting of Peaky Blinders has already started. They are happy that everyone is putting so much hard work into bringing a nice piece to the audience. Steve’s script for the show is great and the sixth season will also be a blockbuster hit.

Also Formerly dead and back from the grave Arthur Shelby Posted on Instagram and reassured the fans that everything is on track and they will soon be back for the audience.

Is Anyone Coming Back From The Grave?

If we talk about the Peaky universe, very few main players can remain properly dead for very long. And that’s especially when Tom Hardy is playing that role.

During the production, some photos from BTS were leaked, Linda Shelby who was shot by Aunt Polly at the finale episode of season 5. She is now back in the shooting which means she’ll return and she’s not dead. She has bounced back remarkably when she was gunned down at the party.

Steve Knight mentioned in an interview that he killed many characters he wished he shouldn’t. And there are many possibilities that some of them might make a great comeback. Major Campbell aka Sam Neill will definitely not jump out of the grave.

Some Guest Stars could also be expected to make an appearance in Season 6 of Peaky Blinders. Steven said that they get lots of requests from people who want to make a guest appearance. There could be Snoop Dogg, Brad Pitt, A$AP Rocky, and many more. As they have been getting many requests they can open some slots for a guest appearance. Imelda Staunton who will play the role of Queen in The Crown final season also showed interest in doing an appearance as she is a great fan of the show.

MUST-READ: What To Expect From A Million Little Things Season 3 Episode 6?

Anne Robinson Net Worth: How Much Does The Journalist Earn in 2021?

Robinson is a famous television presenter and journalist. So, today we'll tell you more about Anne Robinson and her net...

DK Metcalf’s Girlfriend: Who Is NFL Player Dating In 2021?

Billy Blanks Jr Net Worth: How Much The Professional Dance Trainer Earns?

Slasher Season 5: Is New Season Going To Happen On Shudder?