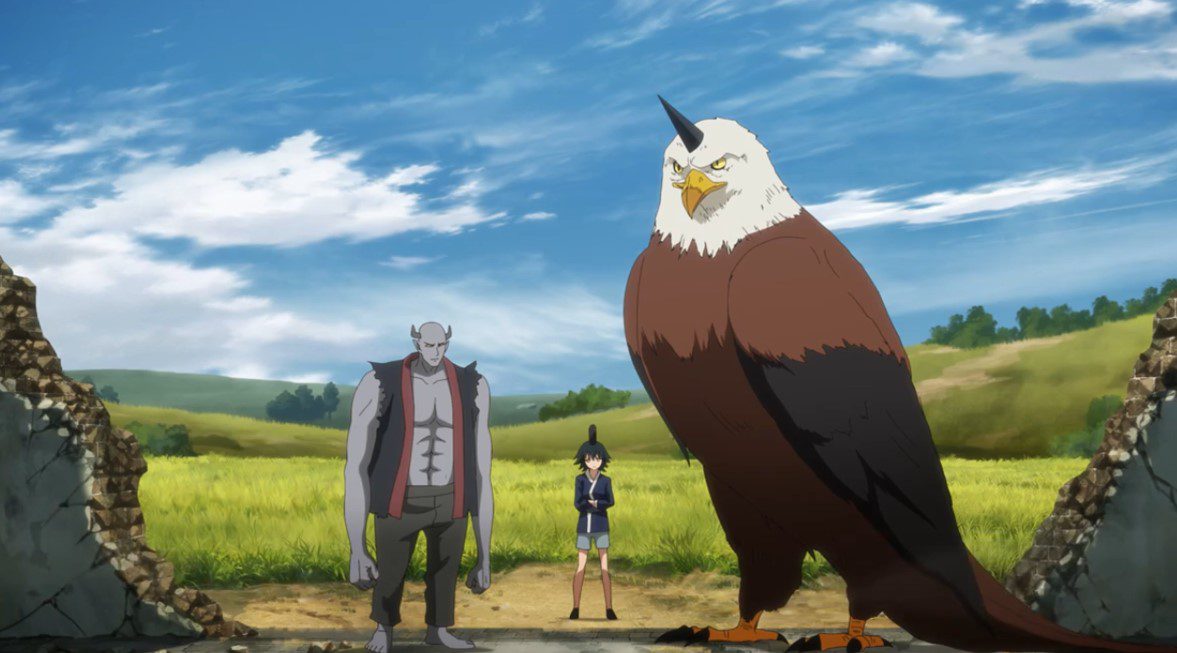 Peach Boy Riverside Episode 9 will release soon; the anime will conclude the war between Humanity and the Orcs Race. This anime has returned to the time where Sally has to choose between Sumeragi and Mikoto. The two offer their hand for Sally to choose, and Sally wonders what she has to do. Sally realizes that it is her goal is to stop the war between Humans and Orcs. She stepped forward and chose Mikoto. Mikoto realizes that it was his first time in his when someone picked him. He ran away, and Sumaragi told Sally to follow the path that she chooses. Sally chases Mikoto. The episode title: ”Companion and Companion.”

Sally manages to catch up with Mikoto and explains why she choose him. Mikoto reveals why he despised the monsters who killed his parents at a young age, and he feels better when he avenges his parents’ death. Suddenly, the wall of the country explodes, and the humans wonder what is happening. Two monsters appear with a monstrous flying eagle. The Ogre asks the boss if he should kill the humans, and the boss replies that there is no need in killing small fries; he can let them run.

The Ogre agrees, and Mikoto heads somewhere. They realize that the enemy is more potent than Sumeragi and the Ogre decided to scout from the above. The boss is Todorki, the Ogre is Shinki, the eagle is Bassoo. Shinki asks Todoroki what they should do with Daminki. Todoroki orders Shinki to leave Daminki lying on the grass, and Shinki wonders if it is okay to leave him there. Todoroki reveals that no one can harm Daminki when he is sleeping. The two head inside the town.

Todoroki comments that if they make enough chaos, the Peach Boy will show up. Inside the arena, the knights reveal that the tournament got canceled since they are under attack. Grator heads out and realizes that the enemies that caused the explosion are on the same level as Sett. He met with Barsus, the guy that he defeated don the first round of the tournament. Barsus is impressed that skinny Grator defeated a mighty guy with a single hit. Grator comments that he never forgets the men he fought and the two walk together. 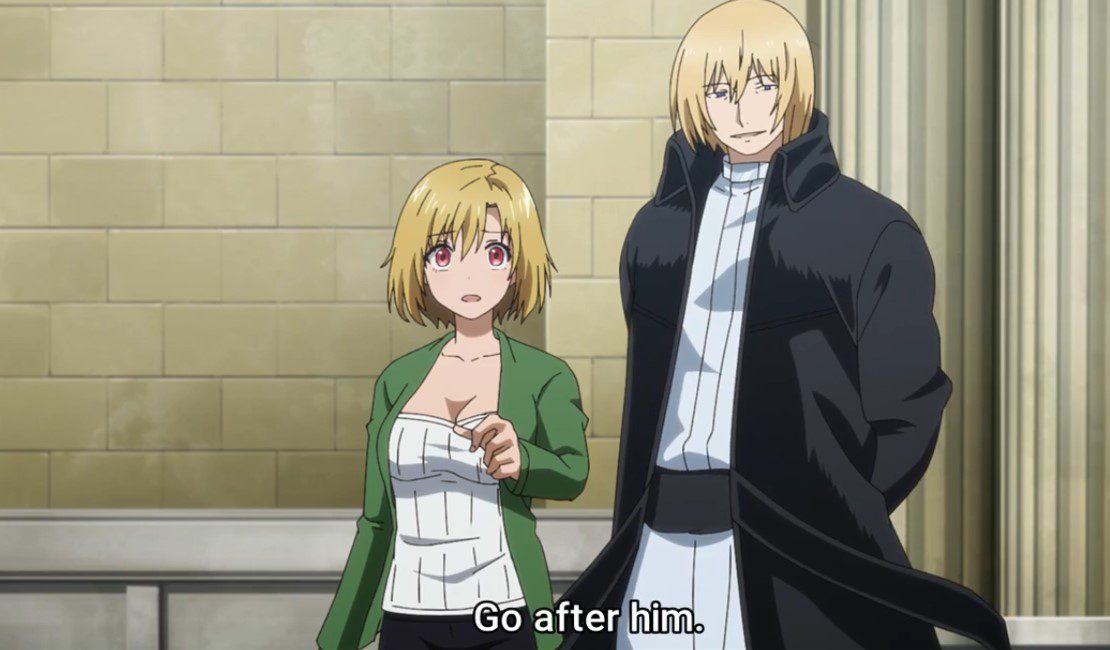 Barsus reveals that he is after the Ogre bounty since he is taking care of his family. Grator advises him not to mess with the Ogres since not all Ogres are weak to defeat humans. Barsus thanks Grator for the advice and said Grator is a good man.  He decides to head back to his family; unfortunately, he was struck by lightning and turned into a stone statue. Grator wonders who hit Barsus, and Todoroki arrives while saying that the attack was meant for two people, but Grator go lucky. Todoroki asks; he is standing in front of Peach Boy. Grator wonders who this kid is.

Todoroki reveals that he is the High Ogre and the enemy of Peach Boy. Carrot finds that the ”Baddest Trio” has arrived in town, hunting the Peach Boy. Grator decided to fight Todoroki and Peach Boy: Mikoto met with Daminki sleeping, and he falls asleep. Topdoroki thinks Grator is Peach Boy. Frau battles with Bassoo, and Carrot clashed with Shinki. Sally tried to fight with Sumeragi. Carrot told Basso that he would beat him and see Todoroki. Winni arrives and blocks the killing block and wonders if Grator is ready to die.