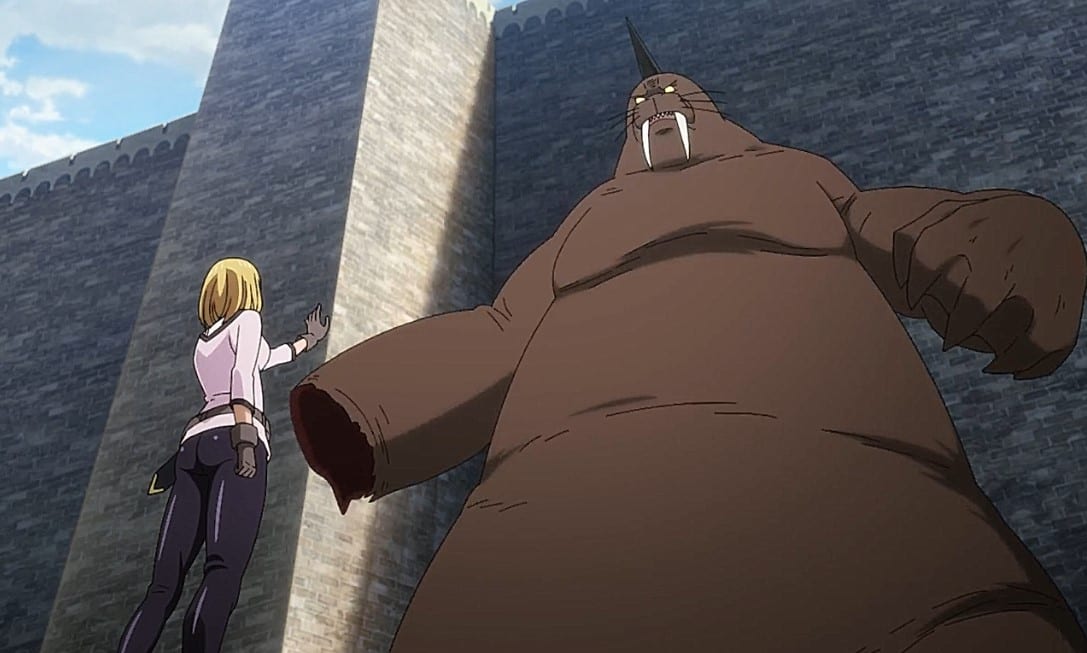 A mysterious blue-haired girl relaxes under the shade of a tree, wondering if Sett’s having the time of his life. The girl heard another voice and realizes that she is not alone, but her powers failed her to sense the guy behind her. She notices that it is a human and she can kill some time playing with him. The girl opens her red-eye, saying that her companion has abandoned her and life became boring. Peach Boy Riverside is a story about a guy abandoned by his parents since he is half-human. The father of the boy ate her mom and left the boy growing up alone.

The guy cuts the tree into half with a single slash and said he is also looking for a playmate. The girl wonders who is this powerful guy that surpasses her powers. That guy told the girl that they can wait for five minutes to challenge him until she fully regenerates. But they will be talking until they exchange blows after five minutes. The episode title is ”Ogres and Humans.” Sally battles with the monstrous sea lion that she cut his arm after unleashing her magical powers.

The sea lion praises Sally that she fights well and it will be fun to fight two powerful creatures simultaneously. Frau is unconscious near the wall, and Sally is trying to protect her. The sea lion tries to smash Sally with a hammer fist, but she blocks it with the tip of her finger. He notices that this human is different and pulls his fist back, wondering why a non-demihuman possesses so much power. Cut to the forest that strange guy and girl keep on talking, waiting for five minutes.

The girl asks him if he is the monster-slayer that is popular around this town. The traveler is going around killing ogres and monsters. The boy replies that he is impressed that she has heard about him. Her powers get restored, and she stood up, talking about the cattle and her love for nature. The boy realizes that the girl is looking for revenge against those who stole her land. They are both facing in the opposite direction, and the boy is not aware that the girl has grown into a teenager since she was small on their first encounter. The boy clips her long hair and said he would stop anyone coming after humans.

The boy realizes that they hate each other, which is why humans and monsters fight. They both look at each other and get ready to fight, and the girl said five minutes have passed. The girl said the boy is dangerous and she must kill him now. The boy replies that she can try to kill him. Meanwhile, the sea lion told Sally that she has to die now. The sea lion transforms while saying he feels ashamed to use this form on a human. Sealion unleashes Cannon Destroyer, and it passes near the boy and the girl fighting in the forest. 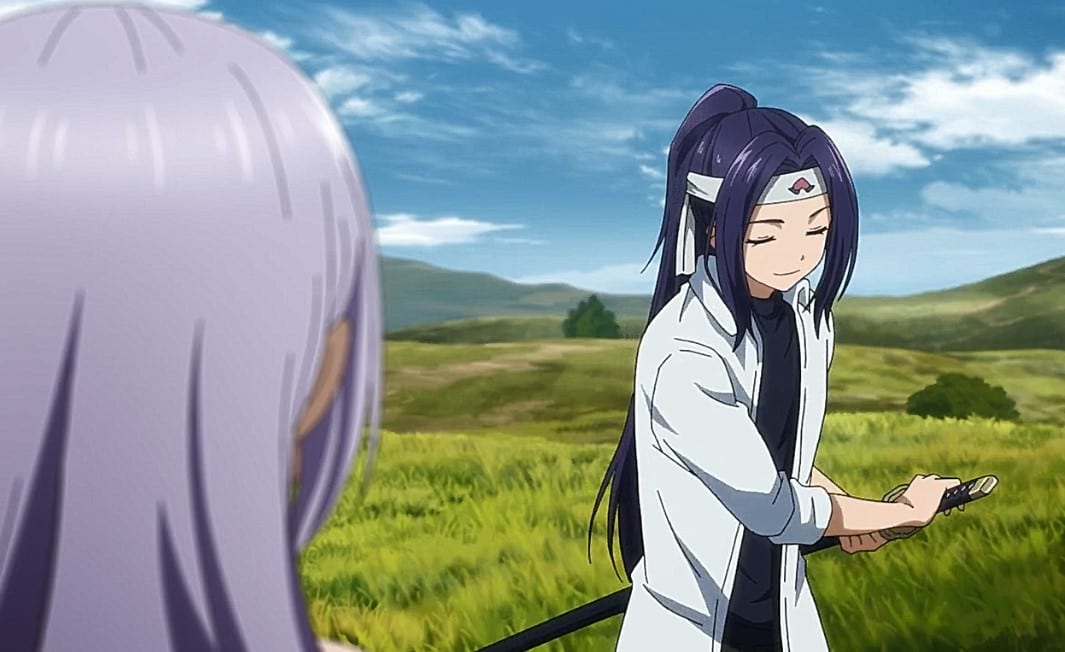 The girl saw that buy the boy cuts her in half, and she vanishes and regenerates behind him. The girl unleashes a technique executed by refining one’s internal alchemy to merge one’s qi with the natural world, Xian Dao. The boy is impressed that a high ogre uses Xian Dao, and the girl said that is what she expects from the monster slayer. They realize that they know what is happening inside the castle.

But the boy said his goal is to slay the ogres, and he will be happy after he killed the one in front of him. The girl felt the intense aura of hostility and sent one eyeball off to call for reinforcements. The boy asks her if she thinks that she will still be alive when the support arrives. The girl replies that her Xian Dao will buy her as much time as she needs. The boy gets bored and extinguished all of the eyeballs with a direct strike of qi. The sea lion gets furious that he is struggling to beat a human, and it is not a man but a lady.

The sealion comments that Sally forced Settt to fir his cannon. Sett gets surprised when Sally appears yawning and wonders how she survived that powerful blow. Sally comments that she just heard a boom. Frau wakes up, and Sett wonders why Sally is not even scratched. The boy defeated the girl and decided not to kill her but heard of looking for Sally, who beats Sett with a single slash. Later Sall and Frau helped that girl that four with the boy. They find that the girl is Carrot, and they are not aware that she fought with the boy they are looking for, and they escape.