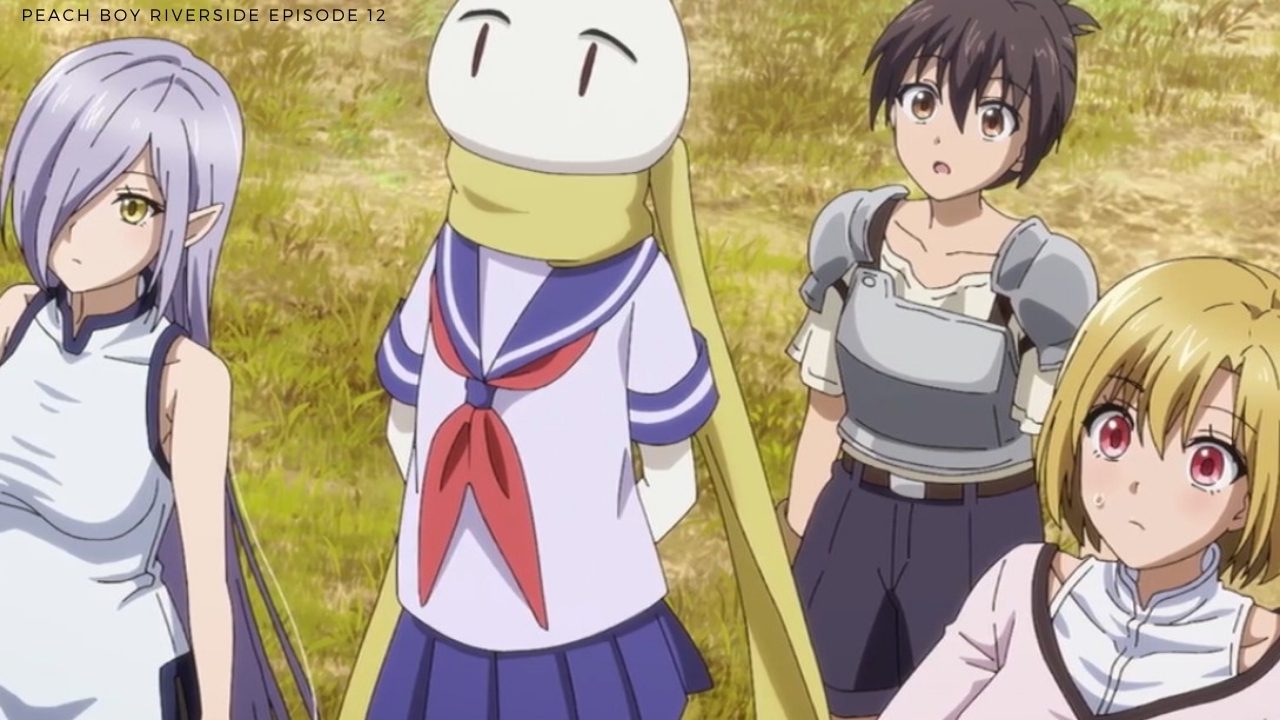 The final war between Humans and the Ogres begins with Peach Boy Riverside Episode 12, with Todoroki getting betrayed by Sumeragi and kill him for allying with humans. The High Ogres have accepted to live with humans. This is the final episode of Peach Boy Riverside. From the latest Peach Boy Riverside, Grator, Sally, Carrot, and Frau traveled to another city after settling the scores with the High Ogre. They arrive at the treehouse, and Sally comments that it looks like a witch’s house. Grator told them they were heading in, and Sally was surprised that the door was written bar.

They entered inside, and Sally noticed that this was a fantastic bar than she was expecting. The Witch from Western Forest Winnie arrives and welcomes them. Winnie comments that it is the first time she has had a guest in a while. She notices that there is a human, Ogre, and a harefolk. Sally wonders how they know, and Winnie replies that she was observing them on her magical globe for a while. Sally made a request and asked Winnie to teach her magic. Winnie decided to tell them how they all got here.

Winnie was reading something in the library and felt a great power that teleported her out in the past. Near the building, there was a boy who got saved when she teleported. Winnie realizes that if she had time, she would have saved more people. Grator told Winnie that her magic saved his soldier and thanks to her. Sally asks her about the magic that switched use. Winnie replies that there is a lot of selections: Attack spell, transportation, and many others. She ignites a fire inside her hand, and Sally is excited to see that.

Sally asks her again to teach her magic, and Grator wonders why Sally is insisting. She replies that she has been thinking about it ever since she heard about a witch. Sally reveals that she can’t wield a sword, and she is not even stronger like Frau. Frau reminds her that she beat that Ogres. Sally realizes that Frau is talking about walrus one, Sett. But she can’t remember about beating Sett. Carrot is still affected that Sally killed one of her kind and her best friend. But they had to leave with it since it was a matter of life and death. 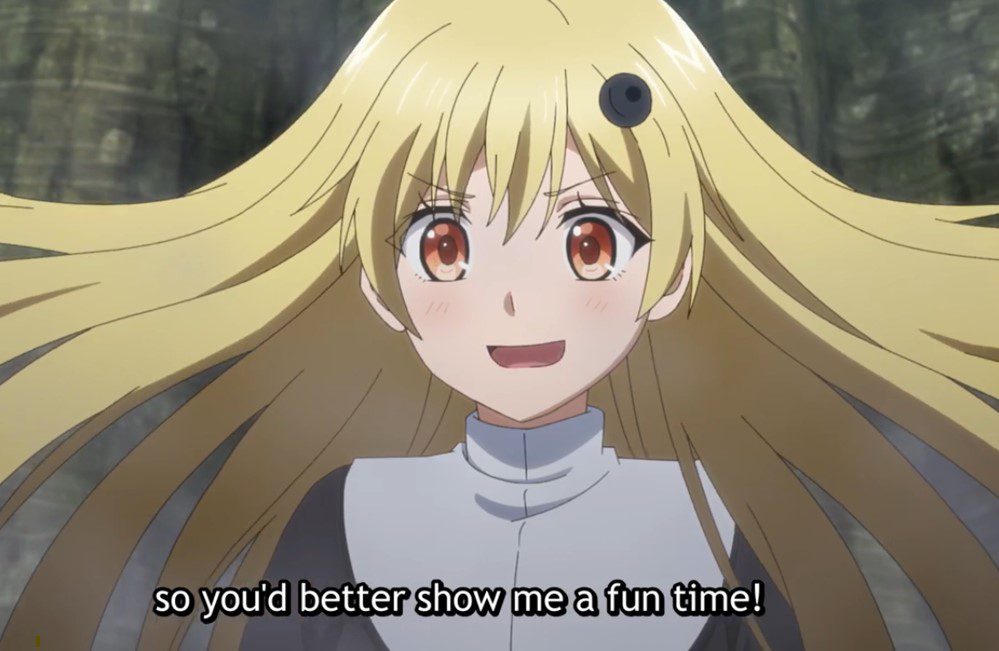 One has to die during that clash, and Sally protects herself to avoid death. Sally adds that she wants to learn magic, and she can continue with her journey. Winnie comments that she has witnessed Sally’s humanity in her crystal ball, and she won’t mind teaching her. But she has three conditions: Never tell this to anyone, follow the rules, and three million. Sally wonders what three million is for, and Winnie replies that it is for payment. Winnie reminds her that anyone can learn magic with the right mentor.

Grator interferes, and Winnie tells him that she will accept all the money he has. Sally reminds Grator she is more important than money. Grator shows her the money and reminds her that they won’t be able to travel without it. Sally asks Grator to teach her swordsmanship since they can pay that amount. Later they head to the field, and Sally begins to train. They encounter Hatsuki, an Ogre that fighting using her hair. Sumenki and Sumeragi met with the Monster Hunter Mikoto.

Peach Boy-Riverside Episode 12 will be released on Thursday, 16 September 2021, at 10:00 PM. That was the latest update of the upcoming episode finale of this anime. This season of Peach Boy Riverside has concluded. Let’s look at the Peach Boy Riverside recent details below. 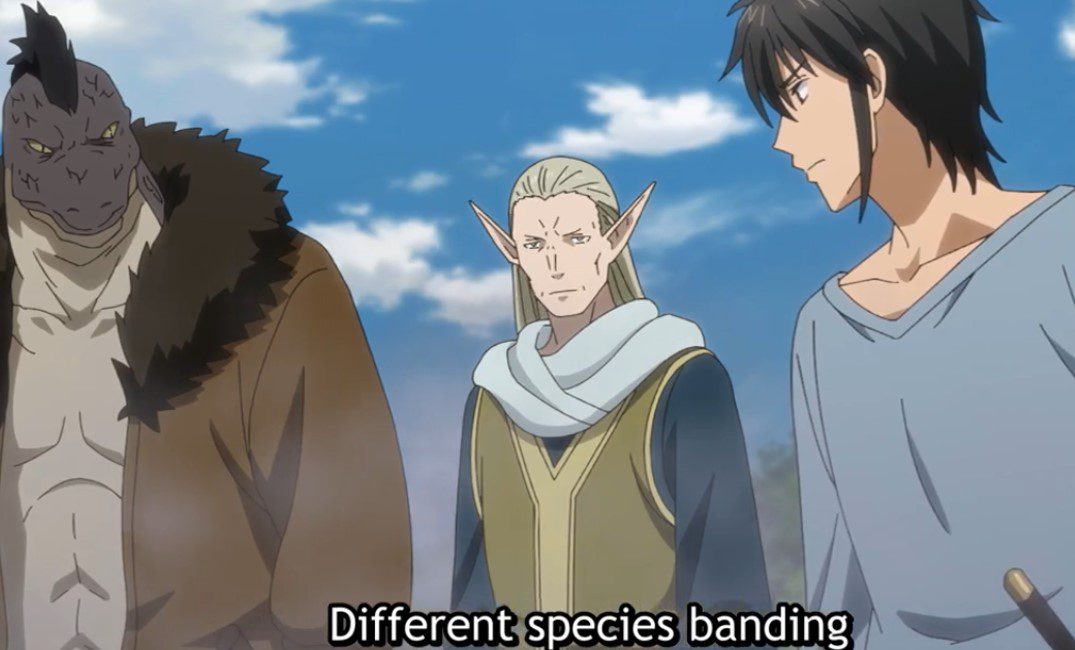 In this article:Peach Boy Riverside