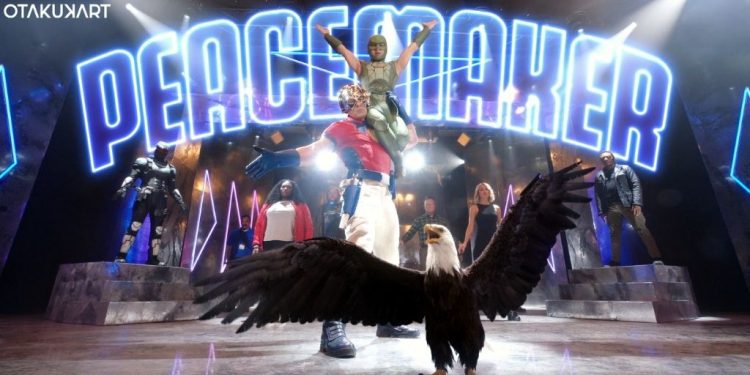 Things are going to take a wild turn on Peacemaker Season 1 Episode 4 as the team is getting deeper into the mission. Meanwhile, the first three episodes of the season gave us a look at what’s next in store for our peace-loving hero after the events of The Suicide Squad from 2021. In addition to that, we got another team-up organized by A.R.G.U.S head Amanda Waller to neutralize another huge threat that poses a danger for the entire world.

Whereas this mission became another opportunity for Peacemaker to stay out of prison or get his head blown. Furthermore, the episodes introduced another hero named Vigilante. He has mostly been a sidekick of Peacemaker, but that might change in the show as he seemed to impress everyone a lot. The American superhero television series is a part of the DC movie continuity commonly known as DCEU.

Moreover, the show serves as the direct spin-off to ‘The Suicide Squad,’ directed by James Gunn. Additionally, James has written and directed the series as well. Whereas it stars John Cena as the lead hero Peacemaker. The other cast members include Freddie Stroma, Jennifer Holland, Chukwudi Iwuji, Steve Agee, Danielle Brooks, and more. After experiencing the fabulous first three episodes, the fans are now excited to watch Peacemaker Season 1 Episode 4. However, let us first take a look at what happened in episodes 1, 2, and 3.

Episode 1 of Peacemaker was titled “A Whole New Whirled“. It began with Christopher Smith, aka Peacemaker, getting discharged from the hospital after he survived the fight in The Suicide Squad. Although, he was not yet free since Waller sent her team to recruit him on another mission. Moreover, he didn’t have any other choice if he wanted to stay out of prison or even alive.

Later on, he received the case file of the mission from his new team members that included Clemson Murn, Emilia Harcourt, John Economos, and Leota Adebayo. However, his carelessness got him into trouble with a powerful meta-human who almost killed him. But he eventually blew her into pieces using the sonic boom from his helmet.

Episode 2 was titled “Best Friends, For Never” and began with Chris calling Harcourt about the attack on him. She instantly left with Leota to help him get out of there before the police got to him. However, things got a bit difficult with the police covering both the escape routes from the hotel. But Harcourt stepped in and got Peacemaker out of there while the officers tried to stop them by shooting at them. Whereas, Economos stupidly led the police offers to Peacemaker’s dad Auggie by changing the car registration in his name. Eventually, he went to jail. On the other hand, we saw Vigilante meeting Peacemaker after a long time.

Episode 3 was titled “Better Goff Dead,” kicked off with the team finally moving ahead with their first mission that was to assassinate the senator. According to the secret intel, the senator was a meta-human termed Butterfly. Moreover, there was a possibility that his wife and kids might be Butterflies as well, which turned out to be true.

Meanwhile, Vigilante arrived there as well, following them. But this was an advantage as he shot the kids and the wife because Peacemaker seemed to have become soft when it came to shooting kids. Although, Vigilante and Peacemaker ended up getting captured by the senator who tried to kill them. However, Peacemaker got free and killed him.

“Peacemaker Season 1 Episode 4 will release on 20th January 2022 at 3 am ET on HBO Max.” Meanwhile, the episode will be titled “The Choad Less Traveled”. We will see Peacemaker probably finding a lot more about the Butterfly Project. Whereas, Vigilante will join the team as a regular due to his killing skills. So stay tuned for another exciting episode next week.

“Peacemaker Season 1 will air every Thursday on HBO Max at 3 am ET in the United States.” Furthermore, the show will be available to stream on Crave in Canada. Whereas, Peacemaker will be available on Binge and Foxtel in Australia. Meanwhile, the viewers in New Zealand can stream the show on Neon. However, a release platform for the U.K. and India hasn’t been announced yet.