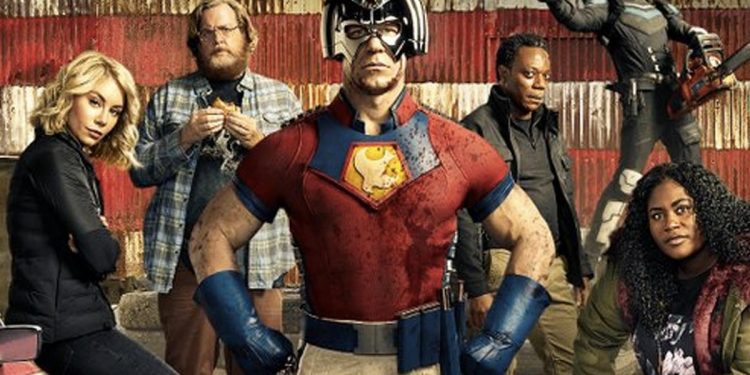 It looks like we are up for some good superhero treats this year. Marvel has already started to release all their amazing shows and movies since last year, and now it seems that DC is prepared to do the same. For all the DC fans out there, we have some good news. Peacemaker is soon to be released, and if you are well acquainted with the comic books, then you know what is going to come up now. For those who want some context, if you have watched “The Suicide Squad,” then you might be able to follow up this new series. In this article, we will talk about Peacemaker Episode Schedule, Cast, and the Plot too.

In September 2020, DC fans were surprised by HBO Max that there could be a possible series following The Suicide Squad. Though it was said that it would be the following Peacemaker, fans were still in anticipation to know who would play the character. It is one of the very first series from the DCEU (DC Extended Universe). It will be quite interesting to find out how the series pans out and whether it will be up to the fans’ expectations.

Fans are more than excited to know when will the favorite series release. Peacemaker is all set to be released on January 13 on HBO Max. It was quite interesting to find out that they have managed to bring out the series so soon. When it was announced in September last year, everyone thought that it would take at least more than six months for the series to be released after The Suicide Squad. This made some of the fans think that perhaps the series was shot way before even when the 2021’s The Suicide Squad came out. However, we have to agree that they were this fast with the whole shooting and production.

The creator of the series, James Gunn, had revealed that he was working on Peacemaker alongside the movie during the Covid-19 Pandemic. When the movie was being shot, he was working on the series side by side. Though it was quite a hectic one, he said that it was all because inspiration had hit him. We have to say that we are quite glad that we are getting DC movies and series in such a small interval.

Also Read, DC Peacemaker – Everything We Know About Him

For those who have not checked out the trailer or do not exactly know who is going to be starring in the DC series Peacemaker, do not worry. First off, you might be excited to know this, but our main protagonist, the Peacemaker, is going to be played by none other than John Cena himself. We will also find Leota Adebayo, the co-lead who holds different views from Peacemaker and will be played by Danielle Brooks. Then there will be John Economos, played by Steve Agee. As we have found out, this series will not only focus on the origin story of the Peacemaker. In fact, there will be more to it.

Like most superhero movies, we will find tons of other superheroes in their timelines fighting against crime. We will also find Emilia Harcourt from The Suicide Squad, who was played by Jennifer Holland. If you are a huge DC fan, then we have some good news for you. We might also come across Vigilante, played by Freddie Stroma.

As mentioned before, the series will be released on January 13, 2022. This is the Peacemaker episode schedule:

There are three episodes in between, which are directed by Brad Anderson, Jody Hill, and Rosemary Rodriguez. It will be quite interesting to watch a DCEU series for the first time. Now that you have got the Peacemaker Episode Schedule make sure to mark your calendars!