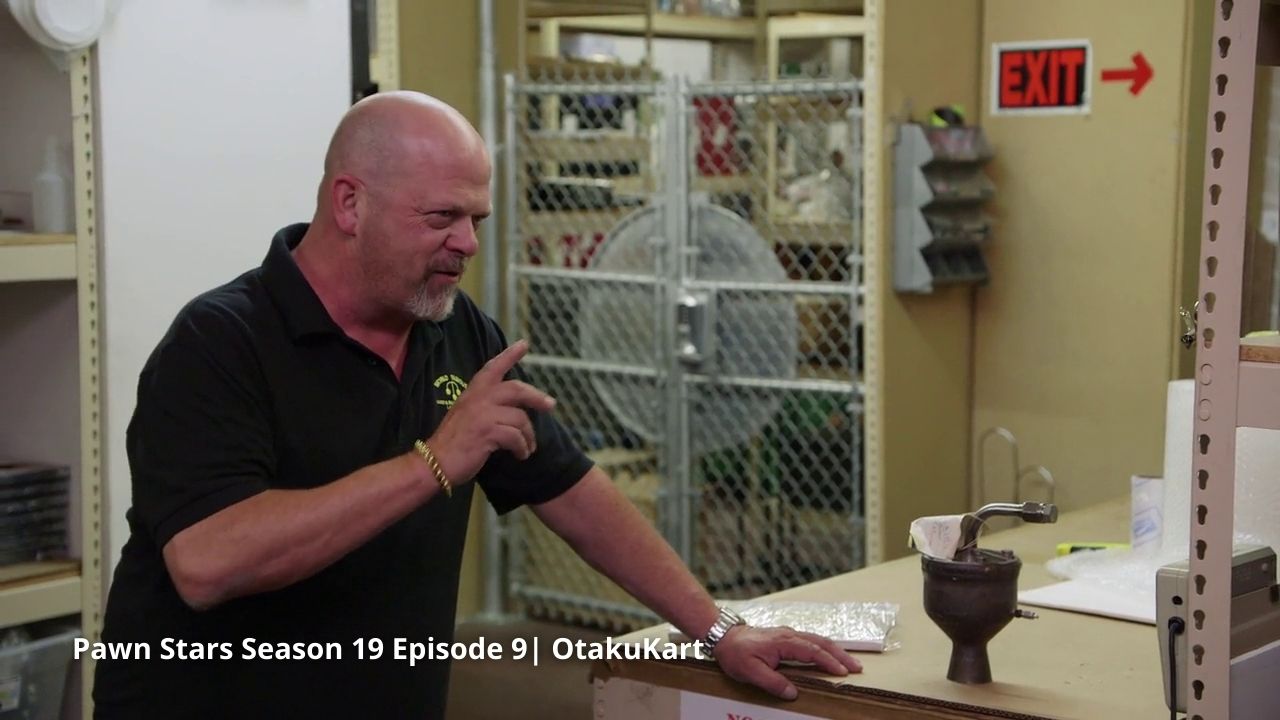 Pawn Stars Season 19 Episode 9 sees Corey facing another buyer around. Well, things are probably bound to be cut-throat when it comes to Star Wars stuff. That’s what we are about to see at the shop. Well, before the show went on its one-week break, we had quite an episode of antique items. It began with quite a terrifying item. Something that Corey thinks is very weird. Without an expert’s opinion, he still believes people buy this sort of thing. So Corey took the gamble. Talking about gamble, Rick has been taking shots recently and maybe in the next episode as well.

One of the main attractions of the recent episode was a classic car which is a beauty in itself. The only thing is the seller modified a lot of it. Resto-mod cars are in trend, but leaving it half-original and half-restored doesn’t quite make the mark. So Rick might have a lot to think about despite the car being cool. Lastly, another Andy Warhol item joined the shop, and this time only because Chumlee loves Superman, Rick decided to go ahead and buy it. Here is a look at everything that went down recently on Pawn Stars Season 18 before we move to Episode 9.

Previously on Pawn Stars Season 19, we opened up with a Vintage Ritter Dentist Drill coming into the shop. Corey saw it as terrifying, but there are people who collect these weird things. So he bought it for $100. Next up were World War I US Cavalry Spurs. The seller wanted $100, but Rick believes he never saw a military spur with rowels. Expert Mark-Hall Patton looked at it and pointed out some modifications. So it wasn’t completely original. Corey still believes someone will buy them and gives the seller what he wants for them. 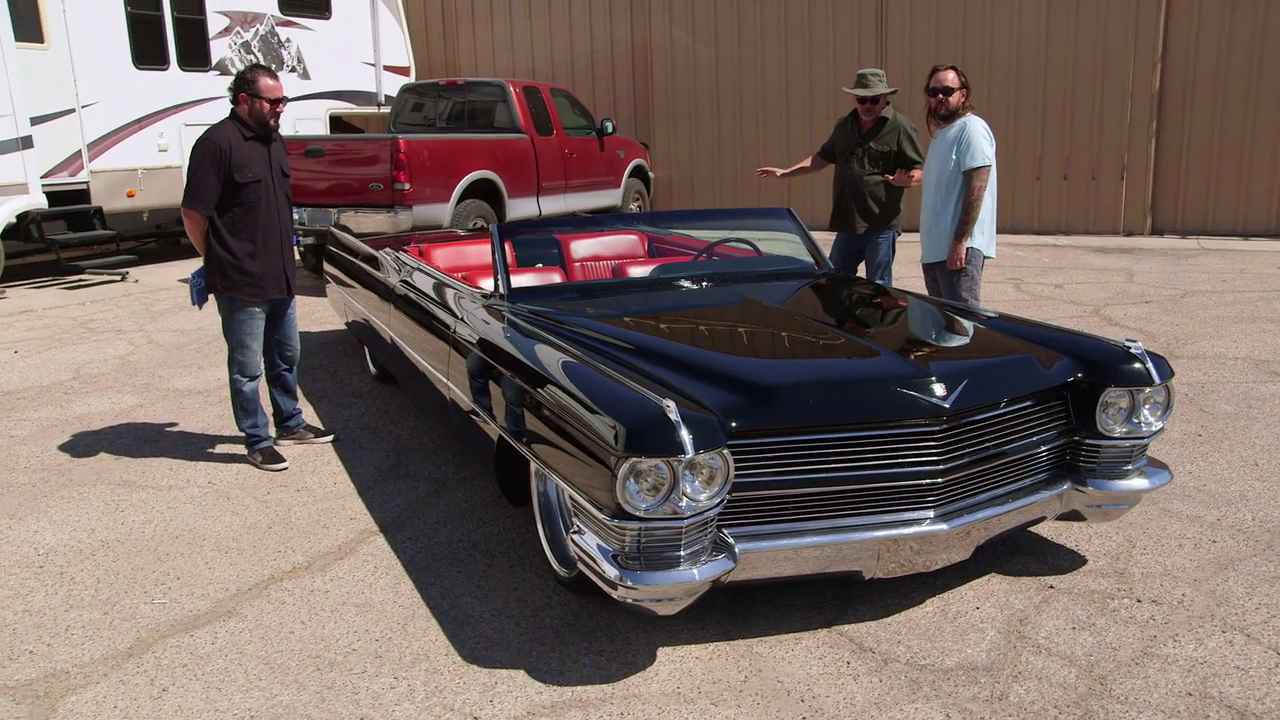 Chum, on the other hand, told Rick about a 1964 Cadillac Coupe de Ville. Something Rick is excited to see. So they did, and Rick loved the way it looked. The seller massively modified it and wanted to sell it for $85,000. Expert Davey looked at it, and Chum and Rick even took a drive in it. Expert Davey believes it would be more valuable if it was a true resto-mod. But it’s half-resto and half-original. So in the auction, Rick could get around $40,000, which was far less than what the seller expected. So, Rick and the seller couldn’t come to a deal.

Louis Marx & Company’s Miniature Pistols were next in the shop. Expert Steve Johnston looked at it and valued them at $1500. A price close to what the seller wanted and Corey bought it for $1000. Next up, Andy Warhol exhibition poster of Superman. Expert Chad looked at it and quickly pointed out that it’s incredibly collectible and valued it at around $4000. Rick bought it for $2500. 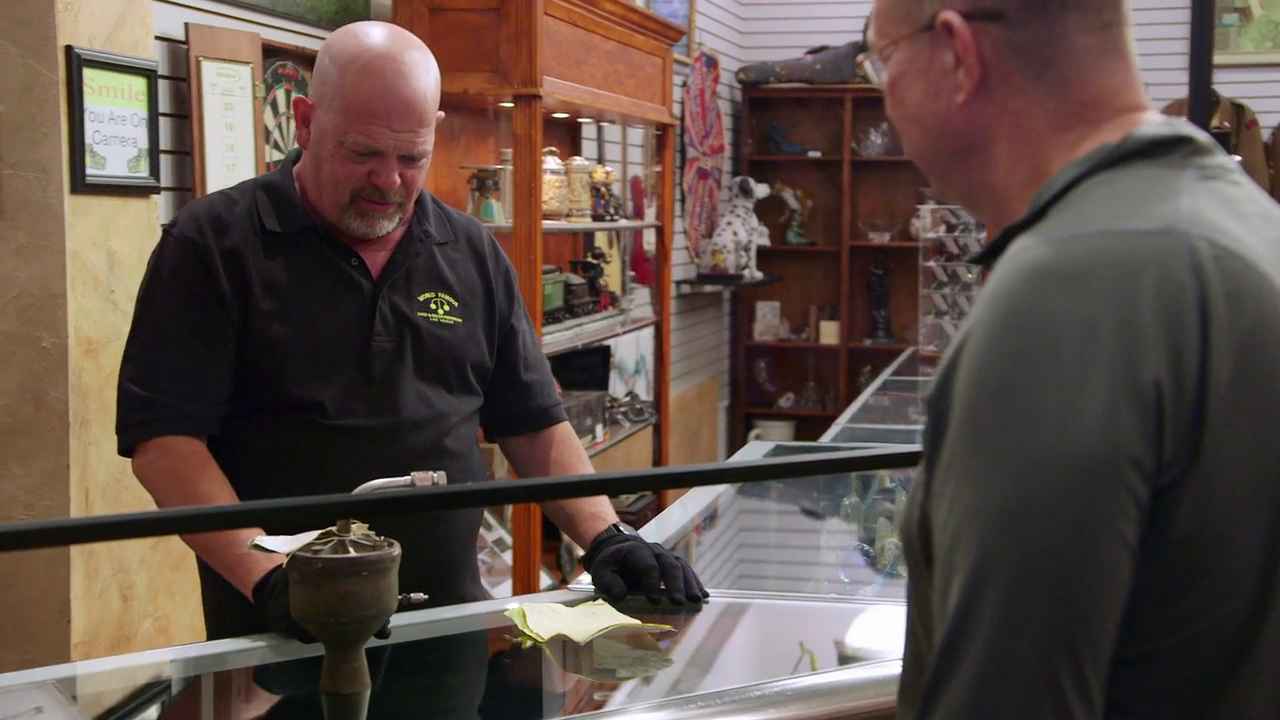 Then we had a Lunar Landing Training Vehicle Rocket Engine used by Astronauts before going to the moon. Rick gambled and bought it for $11,000. Next, we had 3400 years old Roman coin holder. Rick believes it is super plain and common, so Rick can’t sell it. So he had to pass. The episode closed with Rick, Corey, and Chum testing the Rocket engine.

Pawn Stars Season 19 Episode 9 is releasing on 4 December 2021. It is titled “The Pawn Strikes Back”. The official synopsis of the episode tells us that Eastman Kodak is coming into the shop. It pretty much interests Rick, and he is willing to take a shot at it. Corey is looking to buy an unopened box of 1980s Star Wars candy. The only thing is there is another buyer around, and that comes in the form of expert Steve Grad himself. He must have come to take a look at it and give Corey some guidance, but it seems like everyone loves Star Wars. All in Pawn Stars Season 19 Episode 9.