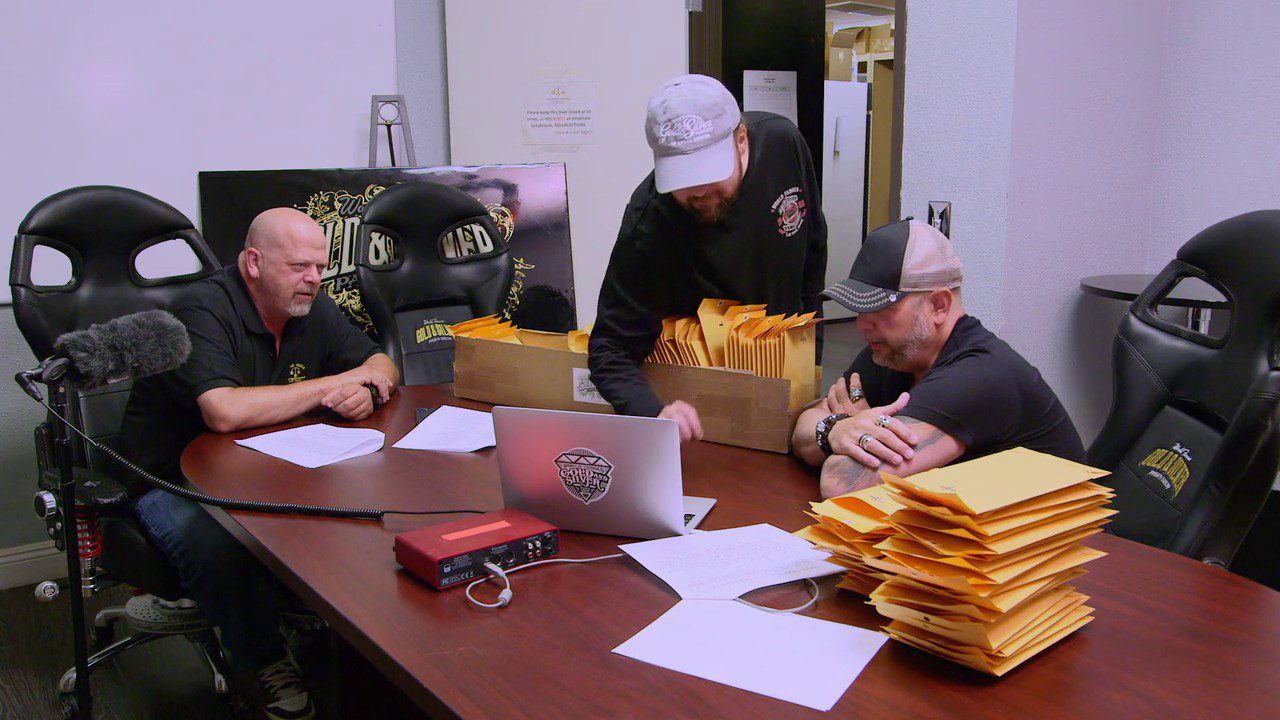 Pawn Stars Season 18 Episode 26 is certainly taking Rick and Corey right into the past in the glory days of baseball. This all comes from a famous personality’s signature on a baseball bat. Also, a president’s cowboy hat will be making its way into the show as well. Talking about signatures, recently the shop made a huge profit over it. Plus, this all came from the idea of Chumlee, which left everyone surprised. But, yes, that’s it. Chumlee thought of making use of basketball signature cards as mystery cards to sell to everyone.

Apart from Rick and Chumlee’s big breakthrough in these cards, we had a Picasso Vase coming in. Then a Tape recorder which Chum was looking forward to buying, but only if it plays. Corey, on his side, had to pass on Russian swords, which weren’t Russian in the first place. Talking about the passes, there was a 14.3-gram gold as well, which Rick couldn’t come to buy as the customer wanted a lot for it. Lastly, Rick helped a customer with a Charles Lindbergh campaign medal for which he asked way too much.

Previously on Pawn Stars Season 18, we opened up with a customer bringing in a ceramic oil vase painted by Picasso himself. The man wanted $35,000 for it. Rick wanted to ensure the authenticity of it. So Rick called Chad, who was impressed by the condition of it, and told Rick he could make $20-25,000 for it on retails price. Rick bought it for $17,000.

Chum has a customer who wants to sell a Vintage Reel-To-Reel Tape Recorder. Chum was willing to come close to the price customer wanted, but only if he could come back with tapes and show him it works. Next, two Russian Cossack Shashka Swords came in. Mark Hall-Patton took a look at it. He not only dubbed that they are not Russian but the Soviet Union but also stated that they are reproductions. So Corey had to pass on it. 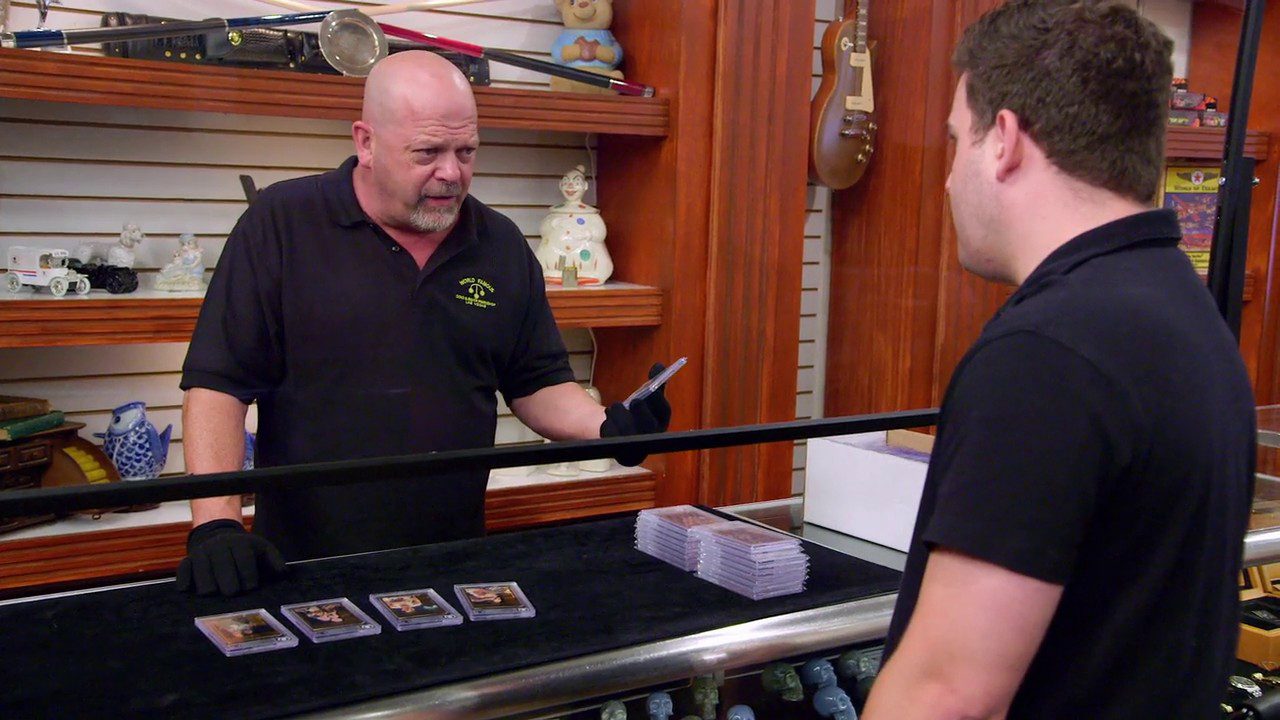 Next, a customer brought a 14.3-gram gold specimen in the shape of sort of an eagle. Rick couldn’t make a deal as the customer expected way too much. A bunch of cool sports autographs walked in next. Every cardholder holds photographs from different sports. The customer wanted a whopping $120,000 for them. So Dan joined Rick and stated that these are valuable, but they will take a long time to sell. So Rick managed to buy it for $25,000.

When Rick introduced the cards to the boys, Chum had a plan to make them mystery cards. In a way to sell them quickly and for a good price. For the very time, Rick agreed with Chum, and they are planning to bring Steve Grad to promote the idea. The guy wanting to sell Vintage Reel-To-Reel Tape Recorder called Chum and brought him to a record shop. He played it, and it was working. Chum worked the deal out for $2600. 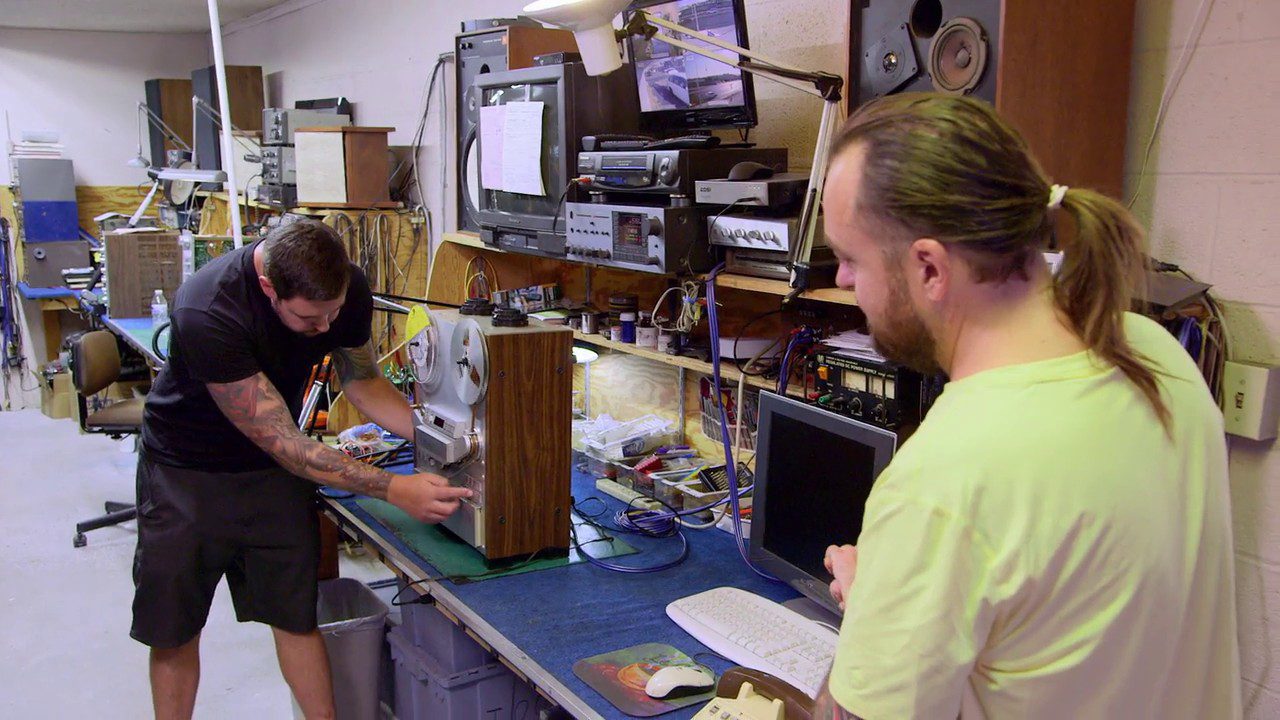 Next, a Jason Aldean Neon Light came walking in from the time the Country Music star used it in his Night Train tour. Corey bought it for $600. Coming back to basketball cards, Rick and Chum called Steve Grad, and he agreed to the mystery pack idea. Following that, a customer brought a The Beatles Yellow Submarine 1968 Original Movie Poster which Chum bought for $800.

The episode came to a close with a customer bringing in a Charles Lindbergh campaign medal. The customer had no information, so he came up to ask $20,000. Rick helped him with it and offered $50, and the man agreed to deal. The mystery pack idea for basketball cards worked with 85 packs selling for $99 each.

Pawn Stars Season 18 Episode 26 is releasing on Oct 2, 2021. It is titled” Pawn Jam”. The official synopsis of the episode says we are in for a cowboy hat by none other than President Ronald Reagan. Chum sees his day as bright as it can when a Pearl Jam painting comes rocking its way out. Lastly, Rick and Corey face a blast from the past with a customer bringing in a Sammy Sosa-signed baseball. At this point, there is no official promo for Pawn Stars Season 18 Episode 26 yet.

Pawn Stars Season 18 Episode 26 will be airing on History Channel at 10 pm ET. Expect new episodes every Saturday following the twenty-sixth until the eighteenth season of Pawn Stars wraps up. You can also watch Pawn Stars Season 18 Episode 26 on the official website of History Channel and video-on-demand services of Amazon Prime, VUDU, iTunes, Google Play Movies and TV, Microsoft, and YouTube TV.