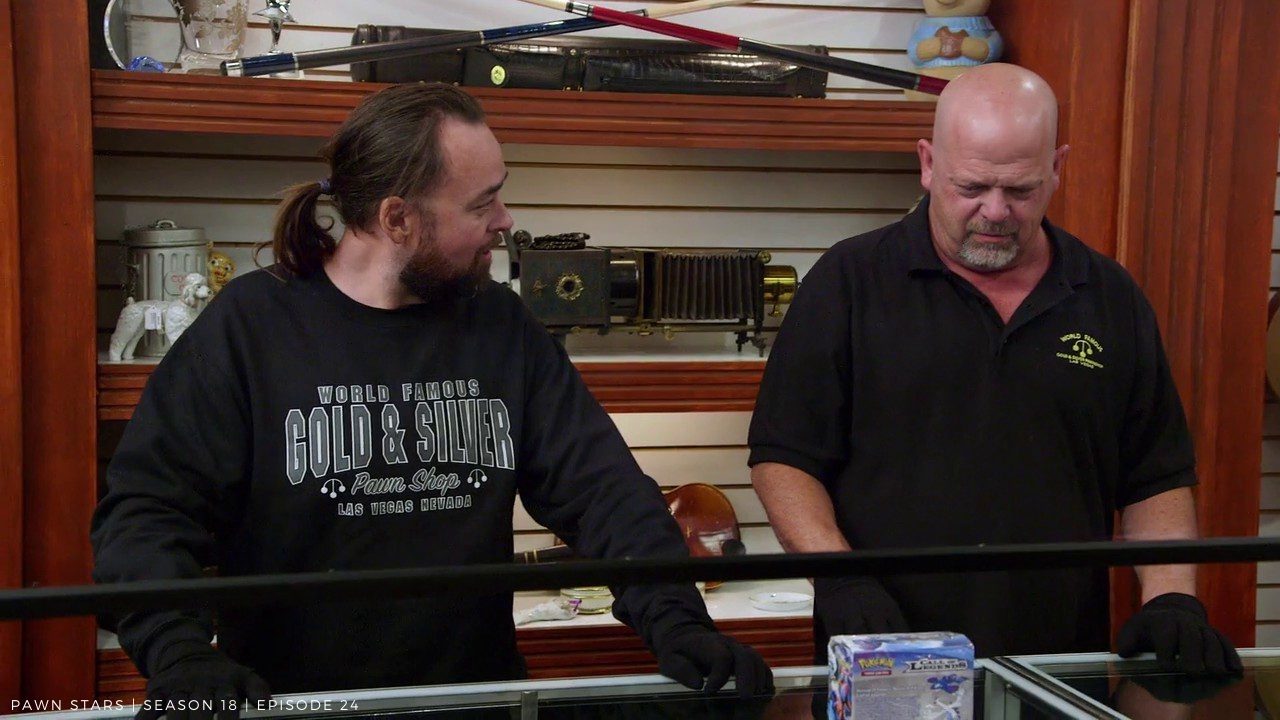 Pawn Stars Season 18 Episode 24 might not be around the corner and could bring a new season altogether. Recently on the show though, there were a number of interesting items around Albert Einstein to Marvel’s Thor walking in. Lastly, the episode ended with quite an adventure for Rick to look upon on. First of all, a letter signed by Albert Einstein saw Rick worried when the signature wasn’t exactly in good condition. Then all sorts of things like a Shuffle Alley and McDonald’s Jacket came in. The guys had to play along to lock the deal.

Chumlee, who recently has been quite confident, locked a deal on Thor’s replica helmet and Hammer. Something that didn’t fit great with Rick as he believes Chum should have reference rather than go with the deals. Talking to an expert and getting the right amount though, surprised Rick in certain aspects. Lastly, Rick with his friend Spencer dived into the garage of quite a traveling man who just wanted to unload most of his stuff. The deals ended with a motorcycle show for Rick.

Previously on Pawn Stars, two letters of Einstein in conversation with another physicist walked in. The client wanted $15,000 for the pair. The only thing that bugged Rick was the signature on one of the letters. There was a huge mess. So Steve Gadd came in, and he pointed that there were many like these and valued it down to $6,500. Rick locked the deal on $5,000.

Next, a customer had to play a game in order to have Corey buy his Shuffle Alley for $550. A replica of Thor’s Hammer and Helmet walked in. The customer wanted very high, and Chumlee started with very low. Chum ended up buying it for $2000. Apart from that, Chum also had a chance to grab a McDonald’s Big Mac Jacket. He just couldn’t end up locking a deal as the customer backed out. 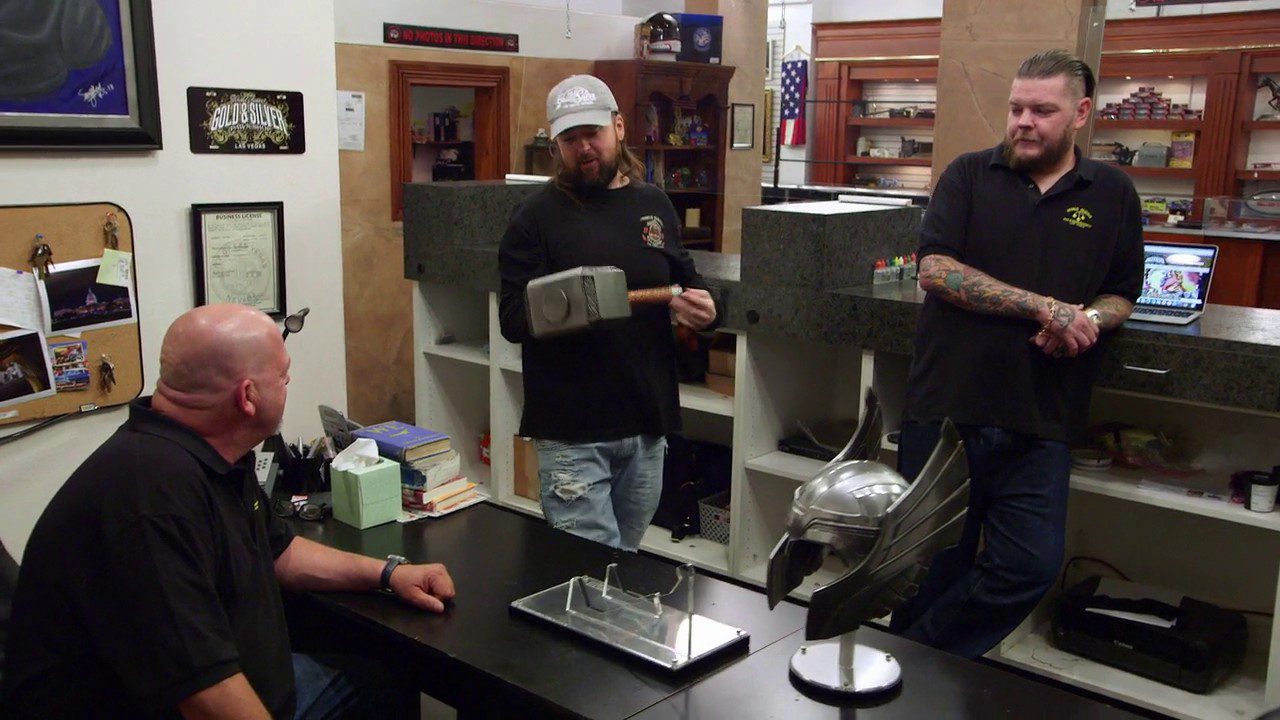 Rick heavily doubted Chum buying the Thor Hammer and Helmet Replica. So he went to Steve. Due to the fact this replica is rare and popular, they come to cost around $6000. So Rick felt relieved. Next, a Baseball Stitch Machine, the customer expected too high and backed out when Rick offered too low.

Next, a Call Of Legends Pokemon Box came in. Last time, Rick blew a huge deal with them when he had no knowledge about them. Plus, he didn’t allow Chum to make a deal. It was certainly his day today. Rick took the deal this time, ending up buying the box for $4000.

A man came in with two really old coins coming in with no knowledge about it. He wants $2000 for it. Expert David Vagi valued them at $300 owing to their rarity and condition. Corey locked the deal on $350.A guy came in with a  portrait of Sylvester Stallone. But Chum passed on it as he pointed a few things, and it would be hard for Pawn Shop to sell it. 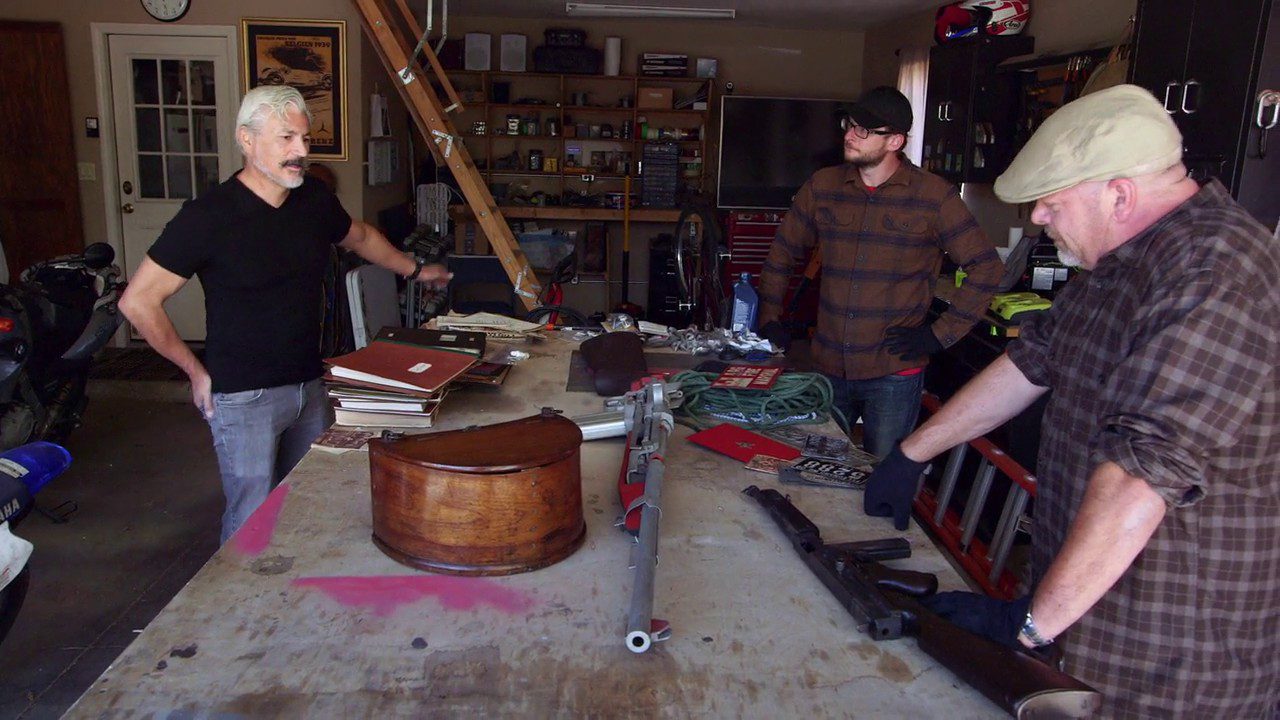 Next, Rick went with Spencer Victory to meet a guy looking to unload his garage. He was interested in Tommy Gun, for which he locked the deal on $1500, and an M1 Carbine for which he gave $2000. The episode ended with the customer introducing Rick to his Globe Of Death.

Pawn Stars Season 18 Episode 24 at the moment doesn’t have a release date, and there are chances the season has wrapped up. History Channel has not officially listed the twenty-fourth episode for Pawn Stars Season 18 yet. So we have to wait for an official announcement for the episode. Instead, we can also expect an announcement for the next twenty-fifth season of Pawn Stars altogether.

Until then, stream all the seasons of Pawn Stars on the official website of History Channel. The OTT platforms such as Prime Video, Hulu, and Discovery+ also offer a number of seasons of the show. Then there are video-on-demand services of Amazon Prime, VUDU, iTunes, Google Play Movies and TV, Microsoft, and YouTube TV who allow you to buy and rent each and every episode of Pawn Stars, including the entire latest eighteenth season.