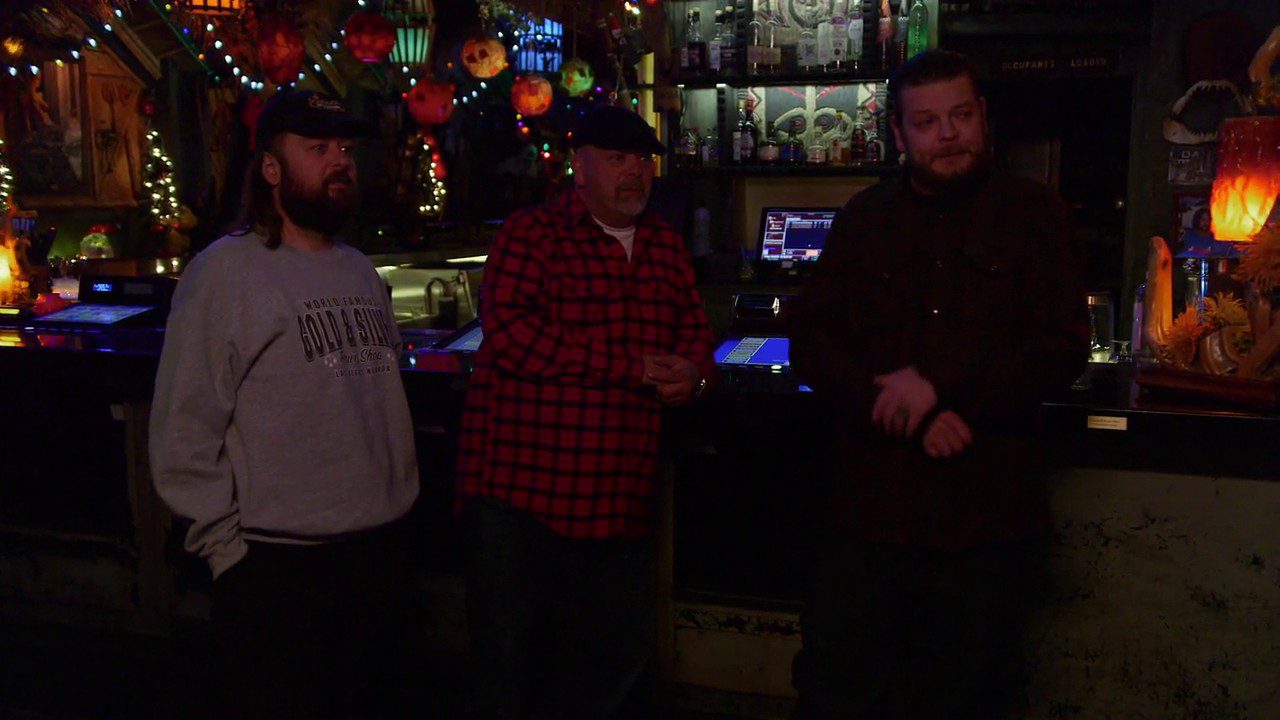 Pawn Stars Season 18 Episode 23 is bringing quite a historical item into the shop. Much similar to the recent Royal Instructions To NY Governor that came into the shop. Then the ride of comic books has continued for the past few episodes. This time though, Thor might fly out of it and let you feel the Thunder. So anyway, more recently in the show we had almost all sorts of things walking in. Some everyone may know while for some people the items are pretty ancient despite being quite recent.

So we had a Kentucky Fried Chicken Chandelier which is quite a thing to look at today. A classic Spider-Man Comic Book coming from Stan Lee Signature Series. An item called champion Spark Plug Display Case. Classic toys such as Teddy Ruxpin Doll and Optimus Prime from the Transformers. Lastly, even scary materials like the Shrunken Head gave Corey nightmares just believing that the head looks pretty much like his buddy Chumlee. Here is what happened.

Previously on Pawn Stars, Adam a regular customer comes in with the original 1755 Royal Instructions To NY Governor document. This comes from King Of England to Governor Sir Charles Hardy. Adam is looking towards $60,000 from it. So Rick called in Mark Hall-Patton and he approves the authenticity of it. Since Rick doesn’t know how much he may receive back from it, he is gambling with $25000. But Adam backs out from the deal. Next comes a Kentucky Fried Chicken Chandelier. The customer wanted $2000 for it but Corey ended up sealing the deal on $1500. 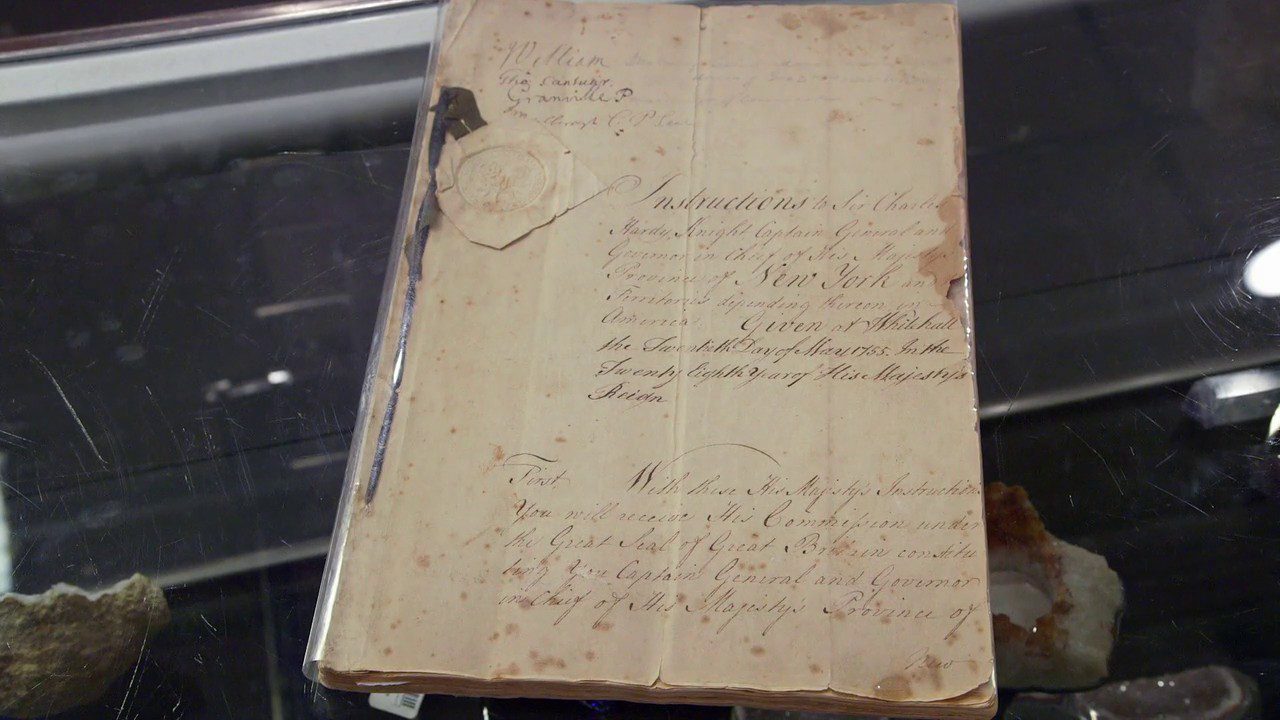 Next is The Amazing Spider-Man, signed by Stan Lee titled Spider-Man Goes Mad. The original 12 cents price means it’s old and says that the comic could be quite valuable today. Steve Houston takes a look at it and pointed out a few things including the grading, the signatures, and what’s going on in the comic, and valued it down to $500. Although the customer a lot, but he locked the deal with Chumlee on $350.

Now, we have a customer with a 1930s Champion Spark Plug Display Case. The customer wanted $700 for it but Rick believes it needs a lot of work. Restoration expert Bob Yuhas pointed out the missing Champion Spark Plugs, the missing base, and the rust. He valued it down to $300 and henceforth the deal didn’t work out. Following that, a Teddy Ruxpin Doll came in along with a tape and a book. The doll is still working and speaks with only animatronics not working. The deal locks at $40 dollars despite the seller expecting $150.

Next, a customer brings in a Shrunken Head Man. Apart from it being scary, it looks like Chum scares Corey more. Anyway, Corey video called Bob Dodge and he believes they got a fake over here. Although Corey wanted it bad even for $300, the customer backed off. So next Rick went out to meet a customer from whom he bought a bike couple of years ago and is now selling a Triumph Tr6 from the 1970s. 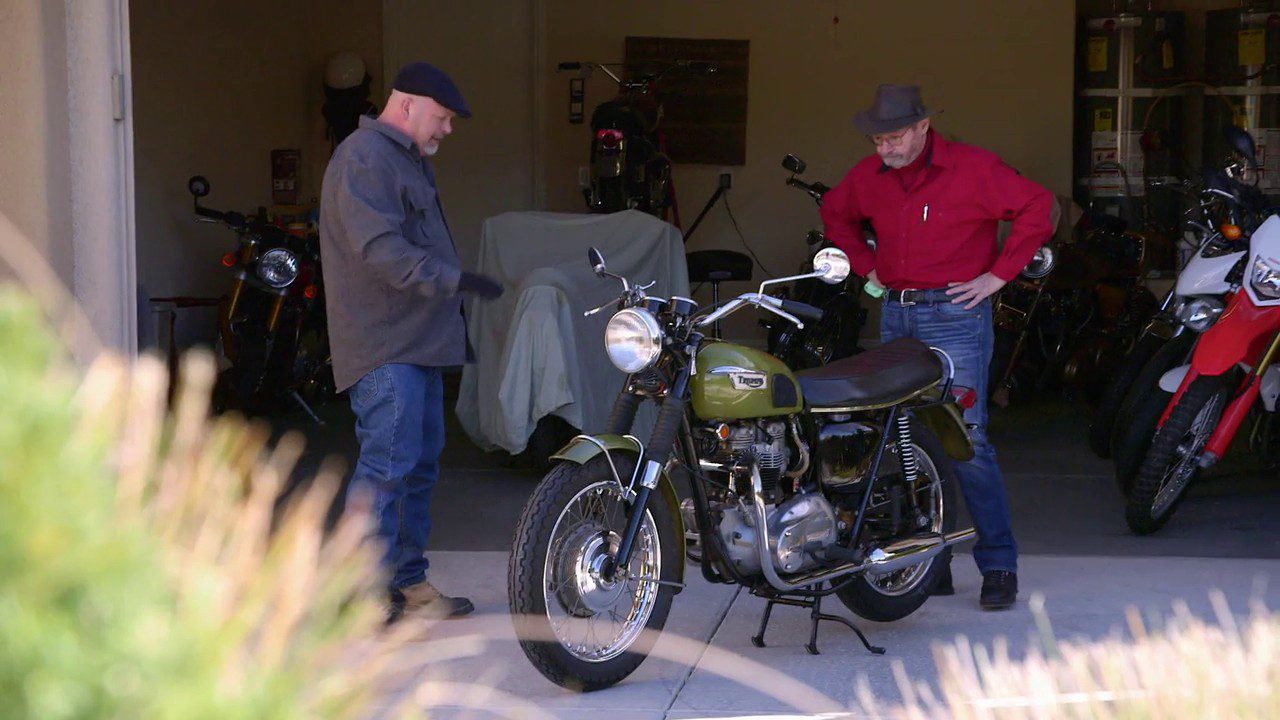 Mark, the guru of Triumph Motorcycles marked everything authentic about the Triumph Tr6 and valued it at around $11,000. Despite the seller asking more, Rick locked the deal on $9000. Lastly, a Transformers Pepsi Optimus Prime toy came in from the 1980s. The seller wanted $1700 for it but Steve Johnston pointed the missing missiles and valued them to $450. So the customer backed out. The episode ended with Corey introducing Rick and Chumlee to Pawn Stars Shrunken Heads.

Pawn Stars Season 18 Episode 23 is releasing on September 4, 2021, and will air on History Channel at 10 pm ET. Expect new episodes every Saturday following the twenty-third until the eighteenth season of Pawn Stars wraps up. You can also watch Pawn Stars Season 18 Episode 23 on the official website of History Channel and video-on-demand services of Amazon Prime, VUDU, iTunes, Google Play Movies and TV, Microsoft, and YouTube TV.

Pawn Stars Season 18 Episode 23 is titled,”Rick vs. the Globe of Death”. The official, synopsis of the episode says we are in for a genius package containing letters signed by Albert Einstein. Then Chumlee and Corey will have a look at replicas of Thor’s helmet and hammer. An Antique game is making its way towards the shop and Rick is with Spencer for a death-defying picking adventure of global proportions.