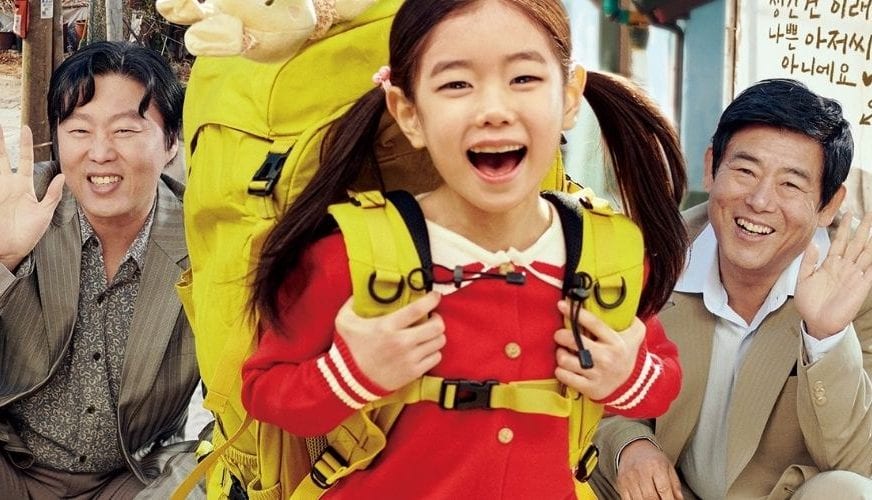 Korean Movie Pawn is released in the year 2020. The movie pawn is based on the topic of how the non-related blood develops a connection that is much better than the blood relationship. The story is about two loan sharks “Doo-Seok” and “Jong-Bae”. They go after a woman who borrowed money from them.

Due to financial problems, she doesn’t have the money to repay right away. So they flew away with the woman’s 9-year-old daughter, “Seung-Yi,” as a pawn. The movie is directed by Kang Dae-Gyu and produces by Yoon Je-known. The screenplay is handled by Park Ji-wan. This movie is as chosen as the opening gala feature at the 15th London Korean Film Festival. “Pawn” is a family comedy-drama you can watch it out with no problem that is quite a major relief. The movie is also named Guarantee, Collateral, and Dambo.

The film assures you with some great ratings. The film is rated as 8.1 by MyDramaList and 7.4 by IMDb. Overall the rating is good not very over the top neither down the way. The movie is released on September 29, 2020. The total runtime of the movie is 113 minutes which is around 1 hour 53 minutes. The movie has a genre like Action, Comedy, Drama, and Family. You can watch this movie online on any platform. The movie is quite a happy one so if you want something soothing and relaxing then this is one.

Star cast of the movie Pawn

The movie pawn is base on the story of how non-related blood can play a major role in someone’s life and become a family. It is starring Sung Dong Il as Doo Suk, Kim Hee Won as Jong Bae, Park So Yi as Seung Yi [Young], and Ha Ji Won as Seung Yi [Adult]. They are the lead actors of the movie. The movie revolves around the life of these 3 people.

There are many are cast who help the plot in building us by being in the supportive role is Kim Jae Hwa as Madam Jung, Yoo Teo as Yoo Deok Hwa, Jung In Ki as Translator Noh, Hong Seung Hee as Seung Yi [Student], Jin Yoo Young as [Minister of State of the Republic of Korea], Yoo Sung Joo as Choi Man Shik, Lee Jae Yong as [The head of the Brothers Home], Park Hyun Sook as Director Nun, Yoo Soon Woong as Byung Dal, Cha Chung Hwa as [Byung Dal’s wife], Jang Myung Gap as Byung Sub and Park Shi Wan as Doo Suk [Young]. They have their major contribution in building the plot strong and connected.

There are some special guest roles in the drama. Some of the stars who appear in the guest role are Kim Yoon Jin as Myung Ja [Seung Yi’s mother], Na Moon Hee as [Seung Yi’s grandmother], and Kim Min Joo as Crystal

Also, there are some bit parts of actors like Lee Sang Hwa as [Middle-aged man], Lee Do Yup as [Elementary school counselor], Park Eun Young as [Restaurant female owner], Lee Tae Hyung as [Chief of Staff office], tPark Jae Hong as [Nightclub waiter], Noh Eun Ha as [Nurse] and Kim Byung Chul. They all have played an important role in supporting the other cast and play the role to support the plot.

The Pawn is a Korean movie which s release in 2020. The movie is one of the highest gross movies which nearly earn around US$13.60 million and 1.72 million admissions. Pawn the movie stands at 8th rank among all the Korean films released in the year 2020. The movie is quite a new add-on to the list of happy and joyful movies. It revolves around two loan sharks “Doo-Seok” and “Jong-Bae”.

Back in 1993, they took loans, and now when unable to pay they have becomes the loan shark. There was a woman who borrows their money for urgent use. They go after the woman and find out she doesn’t have the money to pay. To make sure she clear the dues he takes away her 9-year-old daughter. “Seung-Yi,” becomes a pawn for them. Soon after that, the mother is in exile from the country as she is living under an illegal id.

On the other hand, the lenders are taking care of the baby. The unexpected meeting makes them three close to each other. They share a family-like bond. The duo has a child to complete their family. The kid completely changes their life. 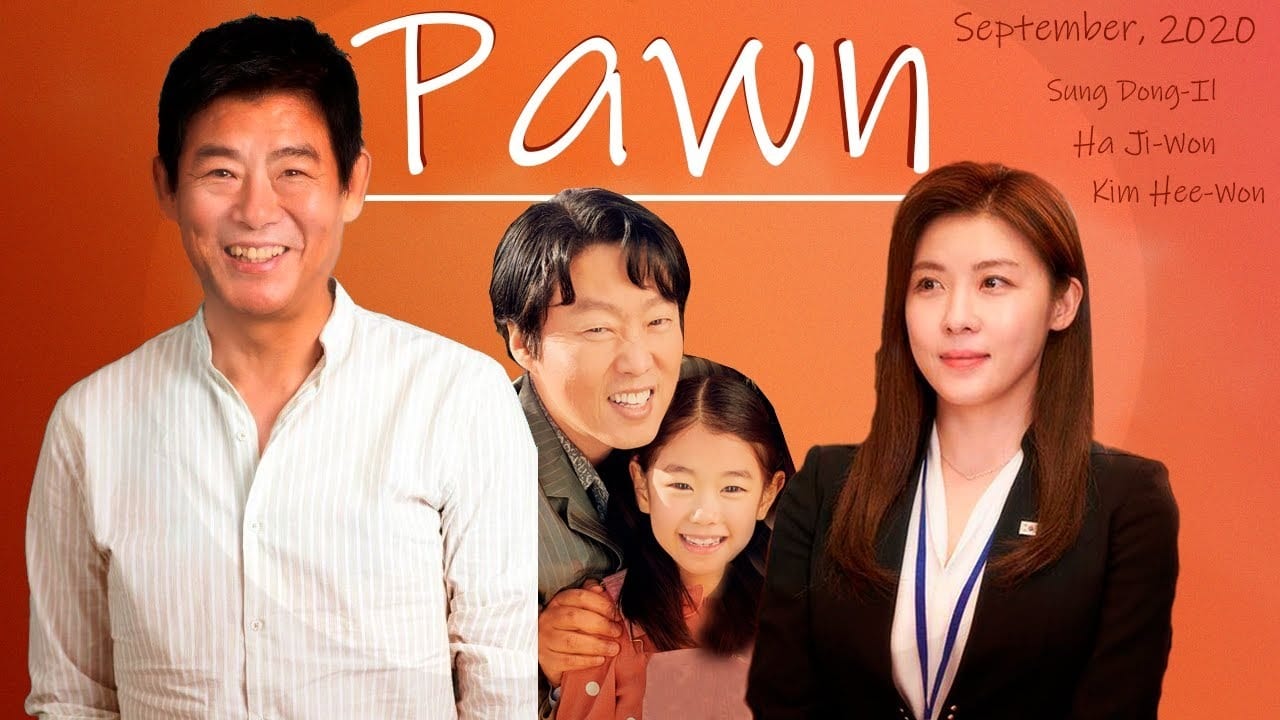 Plot of the Movie Pawn

The movie Pawn is chosen as the opening gala feature at the 15th London Korean Film Festival. It is a family comedy-drama which is a relief as there is something you can enjoy with family. The movie is set in 90s-era Korea where there is two main lead Sung Dong-il.

He is quite gruff and grumpy. There is Doo-Seok who along with his bumbling partner Jong-bae. They all work as debt collectors for a moderately successful businessman in Incheon. They are sent to collect the debt from a woman Myung Ha. She is a widow plus an illegal immigrant. She is struggling financially as she has a daughter to see along with. Realizing the situation of the woman Doo Seok decided to take her daughter as a pawn for the loan clearance. The woman is stone-cold brew. Her daughter is 9 years old her name is Seung Mi.

They have kept her as collateral until the debt is repaid. Being an illegal resident Myeung Hu has to leave the country. She thinks of keeping her daughter with Doo Seok. This is the way her daughter can be in safer hands. Initially, the men face the problem of raising a child. But with time the girl makes them both more responsible and well-mannered. They fall for the charm of the cute little child. In the present day, it is seen that Seung Mi is a grown-up girl who is a translator now. She is boarding a plane to meet someone whom she hasn’t seen in around 10 years and more.

The movie Pawn is an enjoyable movie by Dae Gyu-Kang it often feels like a little too ambitious plot the narration takes a back seat. The film does lose some sight of the characters that are meant to represent its theme intentions. 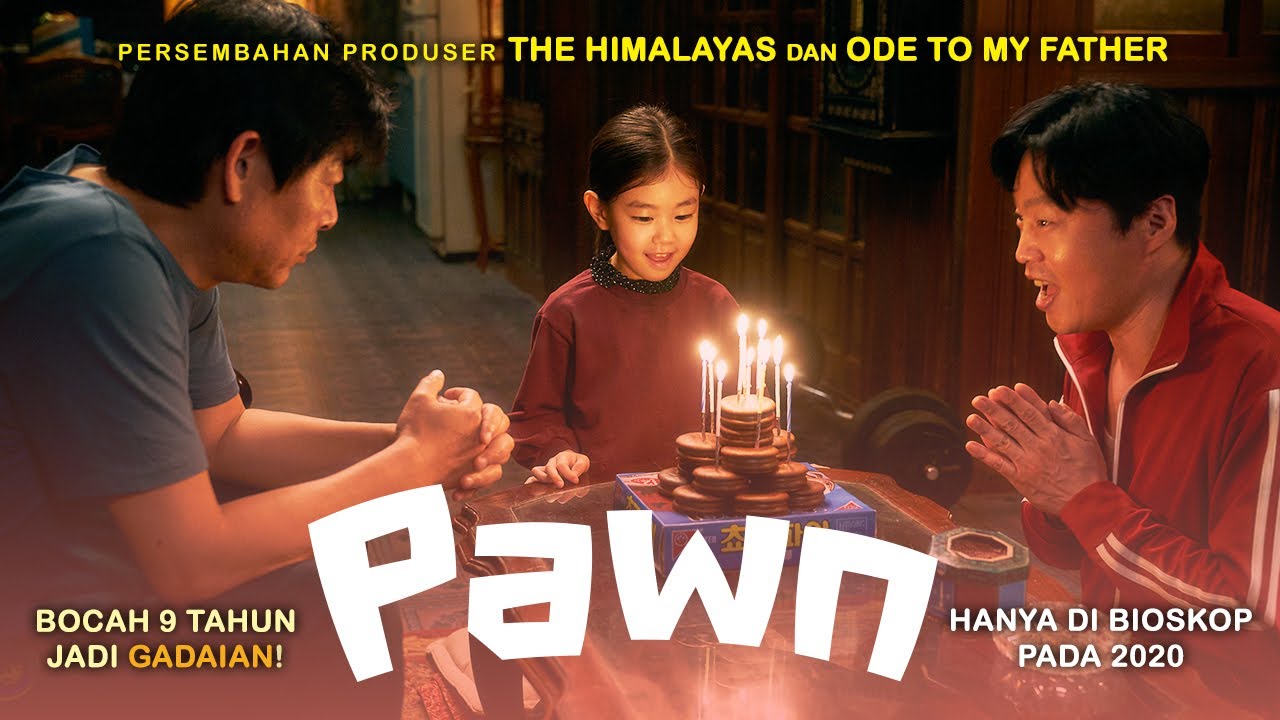 The movie is one of the great examples of the bonding of non-related blood relationships. Starting with the actors the actors did a great work with acting as the skills can be seen. The chemistry of Sung Dong-Il and Kim Hee-Won was especially notable. The relationship portrayal was quite natural and appropriate. Also, choosing the child actress Park So Yi adds some extra depth to the drama. This makes the movie quite enjoyable to watch.

Their relationship felt very natural. There’s no wonder why they are veteran actors, and putting the child actress Park So-Yi as well as another veteran star Ha Ji-Won into the mix made the film that much more enjoyable to watch. Park So Yi looks adorable throughout the drama.

Actor Kim Hee-Won played a different type of character than what he usually does in other productions. He usually prefers some bad character but this one was not bad. He is seen being soft-hearted and cute. The movie will get emotional but this won’t turn out to be sad. There is some strong humor point that is spread in the movie. This is quite a roller coaster of emotions if you watch the movie. You can witness laugh, cries, and laughs again.

There aren’t many bad things to say about the movie. some minor things are lacking in it. The story is quite a predictable one can easily guess what is going to go next. easy prediction sometimes makes it boring to watch. The movie becomes quite emotional at some time which is more on overside. The development of the story does lack at some or other point. The scene changes in such a hassle you won’t understand what happened before. The plot becomes quite unrealistic knowing the child gets attached to them very fast. As she is a grown-up 9-year-old child the connection setup will point some finger. The plot could have been more vast.

Overall the movie Pawn is a quite heartwarming drama that gives out a beautiful message. It tells how sometimes non-blood related people become better family than the blood relation one. You can cry several times or emotions will choke you at some or other times. This is one of those family movies so you can enjoy this with family too. This is surely a single-time watch movie or you can watch it more if you find emotional movies great. The movie is average and for the family drama, it is perfect.