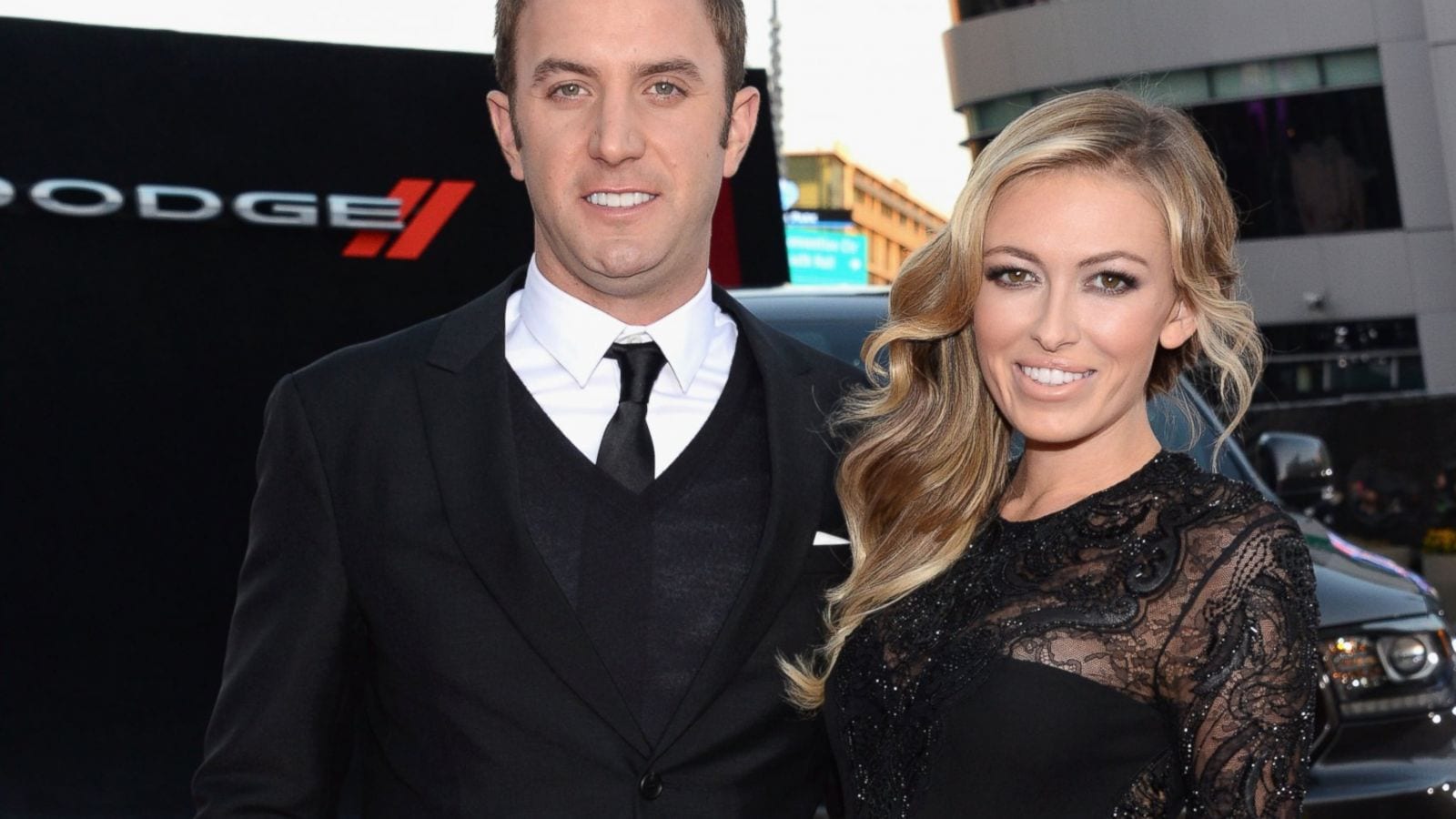 Here we will know more about Paulina Gretzky Kisses Dustin Johnson. Paulina Gretzky and golfing star Dustin Johnson have been together for almost five years. The two have been engaged and will be walking the wedding aisle soon, Paulina came up with a romantic idea. It was her man’s birthday, and social media got a glimpse of a PDA-filled post from her side. The post was a heartfelt one.

The pair have two children together. They are together through the high and lows. This included some drama-filled breakup allegations. With controversies of infidelity, and more. However, the couple has bounced back and has been going strong ever since. It was Dustin Johnson’s birthday recently. Paulina knew exactly how to celebrate the special occasion.

It was pro-golfer Dustin Johnson’s birthday. So his lady love posted a picture that she uploaded of the two on social media. The engaged pair seen in their bathing suits while sharing a passionate kiss. She wished her man a happy birthday and uploaded this picture along with it. When asked about the relationship, Paulina explained how she wants nothing from Dustin apart from the fact that she loves him a lot.  The picture is just another addition to all the mushy pictures that Paulina had uploaded earlier on social media. 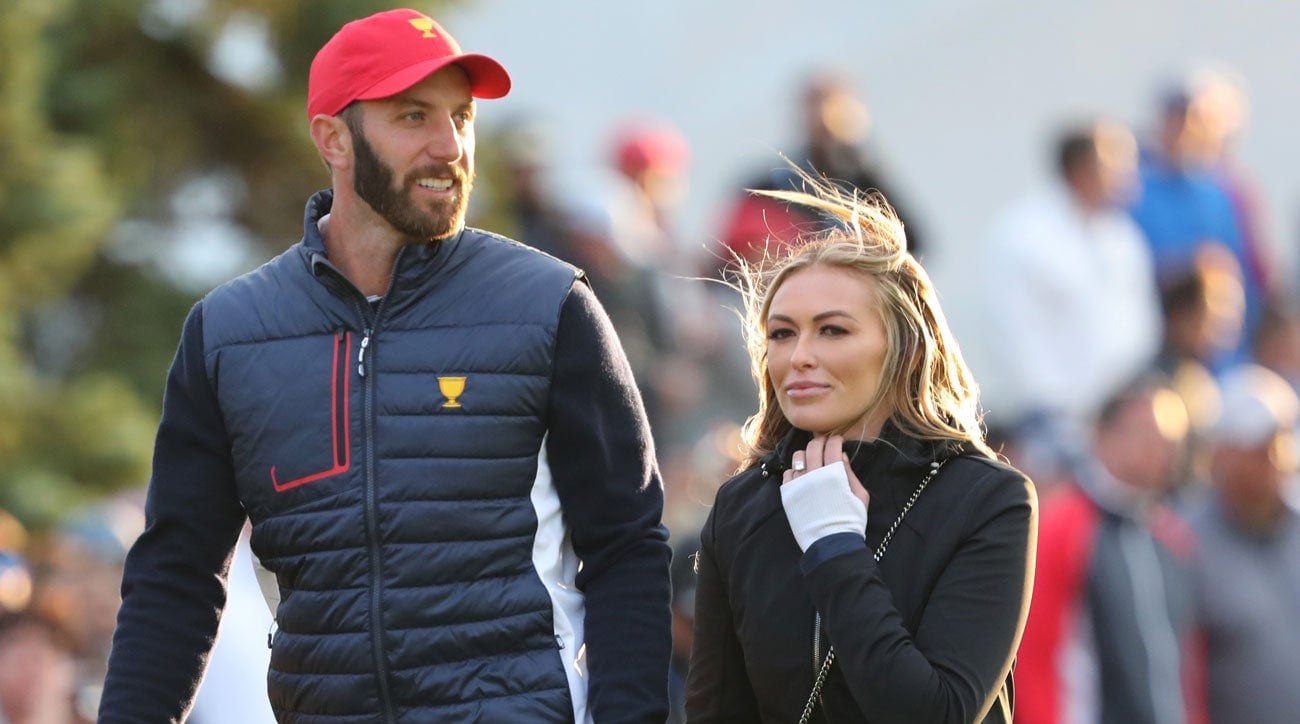 Paulina has been Dustin’s biggest supporter and has often taken to social media to pen down motivating notes on his achievement. Paulina once revealed that Dustin Johnson was not quite thrilled when his partner Paulina Gretzky received a modeling offer for Playboy in 2013. He convinced her to decline the offer. She further added that even though money was not the thing, she could tell it bothered him, and she eventually declined the offer.

When Are The Two Getting Married?

While the two have been engaged for a long while, fans are curious to know when will the couple walk the aisle anytime soon? These speculations recently came up after Paulina was seen shopping for wedding dresses in New York. The 32-year-old model and daughter of NHL legend Wayne Gretzky recently sparked wedding rumors. She posed for a photo with iconic designer Vera Wang. The golfing star does not shy away when it is coming to show his love for his ladylove on social media. Here’s a little sneak peek into it. The post was made two years ago.

Every relationship goes through its ups and downs, but most importantly, we love each other very much and are committed to being a family. Thank you for your love and support.

However, when asked about whether the couple has set a wedding date yet, Dustin Johnson revealed that they have not yet set a date. The two have often locked on some virtual display and affection, and the couple does know how to party. The two have time and again taken over the Internet with their adorable matching costume parties or long trips with friends.

Paulina Gretzky and Dustin Johnson On The PDA

Earlier this year, the couple took a trip up in Aspen, where they spent time with Southern Charm stars Craig Conover, Austen Kroll, and Shep Rose. They later led the couple to their hospitality and generous behavior. The two expressed their love on the field after Johnson sealed his first-ever Masters’ win at Augusta National back in 2020. The two have been each other’s biggest support system, and that is pretty apparent on the field as the former model cheers for his man. 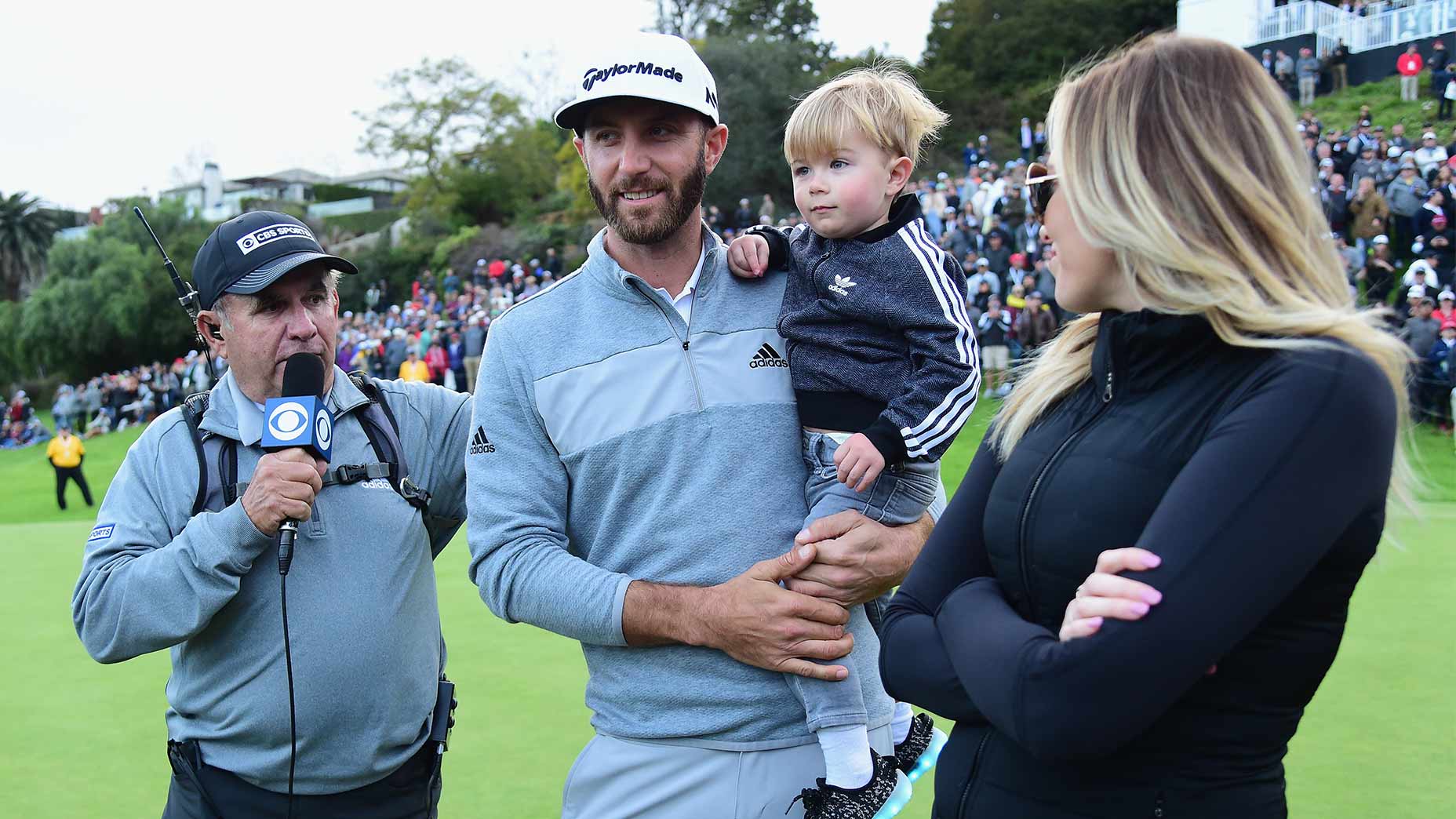 The two had allegedly parted to says for a brief period earlier, and Dustin even got involved in a few controversial scandals as well. It was accused that the golfer had been involved with two women. Rumors had it that he might have an illicit relationship with them. These rumors soon fizzled off as a mere ruse. The golfing star’s name was also linked with another mystery woman names Yassie. However, the two have denied any such allegations. Earlier, while being candid about their relationship, Johnson said that every relationship goes through its ups and downs. Although they do love each other very much and are committed to being a family, that is what matters for them.