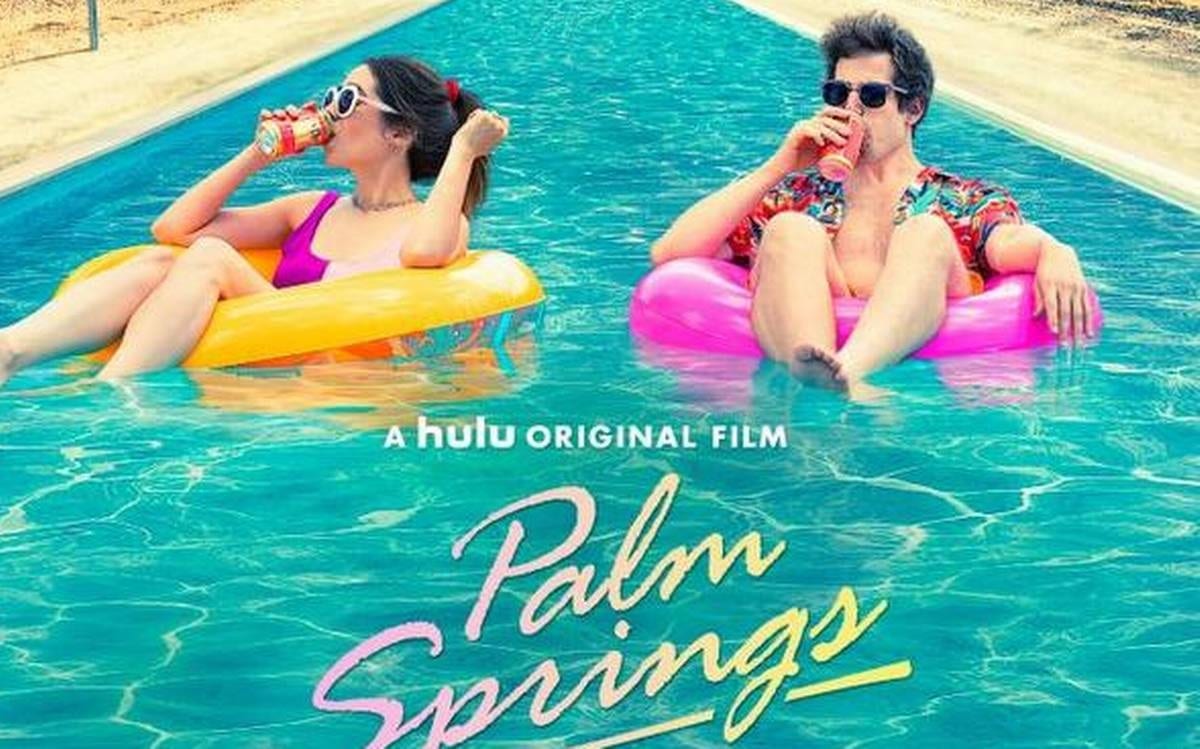 Timeloop movies have been a staple for a while now. Just like the very popular Groundhog Day. Let’s take a look at it; we got Happy Death Day 1 and 2, then The Map Of Tiny Perfect Things, Edge of Tomorrow, and Palm Springs with its own twist. Yes, Palm Springs is basically the same thing but stuck on a wedding night. We are bound to see the same over-the-top parties, the same “I dos,” the foods, and the same attempts to hook up. All over again. The only thing is here; the protagonist is not that interested in breaking the loop initially.

The Palm Springs follows the story of a Nyles (Andy Samberg) who gets stuck inside the day of his girlfriend’s best friend’s wedding. Instead of getting out, he embraces the same day all over again, having the time of his life. Until someone else gets stuck with him, so does everyone gets out of the loop? What’s the theory implied here? Let’s take a look at it.

So, let’s start with the fact that the movie doesn’t begin with Nyles discovering the loop. In fact, he has been living in the time loop for a long time. Plus, he is actually enjoying it and sees it as his fate to live as an immortal forever. Every day nobody knows what he is doing. In turn, he is predicting what others will be doing and mending things accordingly for him. He often states life is meaningless and is happy to be stuck here.

Nyles is basically stuck waking up next to his girlfriend Misty (Meredith Hagner). On the very occasion of his girlfriend’s best friend Tala (Camila Mendes) and her fiancee Abels’s (Tyler Hoechlin) wedding. Everything is smooth as long as he knows what’s next about to happen. Only until he gets someone else stuck with him. On the wedding night, Nyles approaches Sarah (Cristin Milloti), the bride’s sister, and both bond over. Nyles tells her about his girlfriend cheating on him, and both decide to get hooked. But the moment they are about to do it, someone attacks Nyles with an arrow. He runs away to a cave, asking Sarah not to follow him, but she does.

Nyles reaches the mysterious cave with Sarah following him. The cave emits a so-called time vortex. Now Sarah is stuck in the time loop too.  But another fact is, they both are not alone. The one who attacked Niles is a man named Roy (J.K. Simmons). We learn that once Nyles took Roy to the cave too, resulting in him being stuck there. Throughout their time, Roy has tortured him for doing what he has done.

Nyles and Sarah get along and have fun together. Stuck in the same day all over again, they explore a number of things until it breakdown to the time where Sarah confesses that she wakes up every day to guilt. She slept with her Brides fiancee, which leaves her broken down. In turn, Nyles confesses he had slept with her a million times before she got stuck in the loop.

Plan To Break The Time Loop

They part ways; Sarah goes far away and dives deep into Quantum Physics, trying to learn everything out of it for months. With only one motive in mind, to break the loop. Investigating the cave helps Sarah to figure out a 3.2-second window. If they use the exact time, they can break the loop by using explosives. She uses an everyday goat she sees for the theory. Ties him with explosives and sends him away. The next day, boom, she doesn’t see him anymore proving her theory.

Sarah approaches Nyles to get out together. He confesses his love for her and states he doesn’t want to get out. He wants to live the rest of his life with her and is stuck here. Sarah, in turn, decides to go on her own. At night, Sarah gives a speech before a goodbye. On the other hand, Nyles breaks up with Misty. At a bar, Nyles realizes there is no point in living if it’s not without Sarah and decides to run away to her.

Nyles meets Sarah at the cave just the moment they are about the jump. He confesses he can’t live without her. In turn, Sarah says she loves him back. Both kissing and meeting the window to explode.

After the explosion, Nyles and Sarah are found in the pool. She asks him what to do next, and Nyles wants to get his dog. That’s until the owners of the house arrive, and it seems like the loop is broken as it is November 10th. But that’s just not it. It seems like we said the movie didn’t give a confirmation of the time loops break. There were two ways to this phenomenon.

Sarah’s plan to get out of the loop through explosion could mean they are out of the loop or stuck again, or ultimately die. It can also be theorized they are in an alternate reality or probably afterlife living life together. Do we also see a motion of dinosaurs seen earlier in the movie trapped in their own loop but is it that?

On the other hand, for Roy’s side, he is still stuck in the loop. The post-credit scene gives us a glimpse of that. Sarah also had left a message for Roy about the plan after she asked Nyles. It seems like he received it, but when he tells it to Nyles in the loop, he doesn’t recognize Roy at all. Suggesting the loop for Roy and Sarah at least is broken.