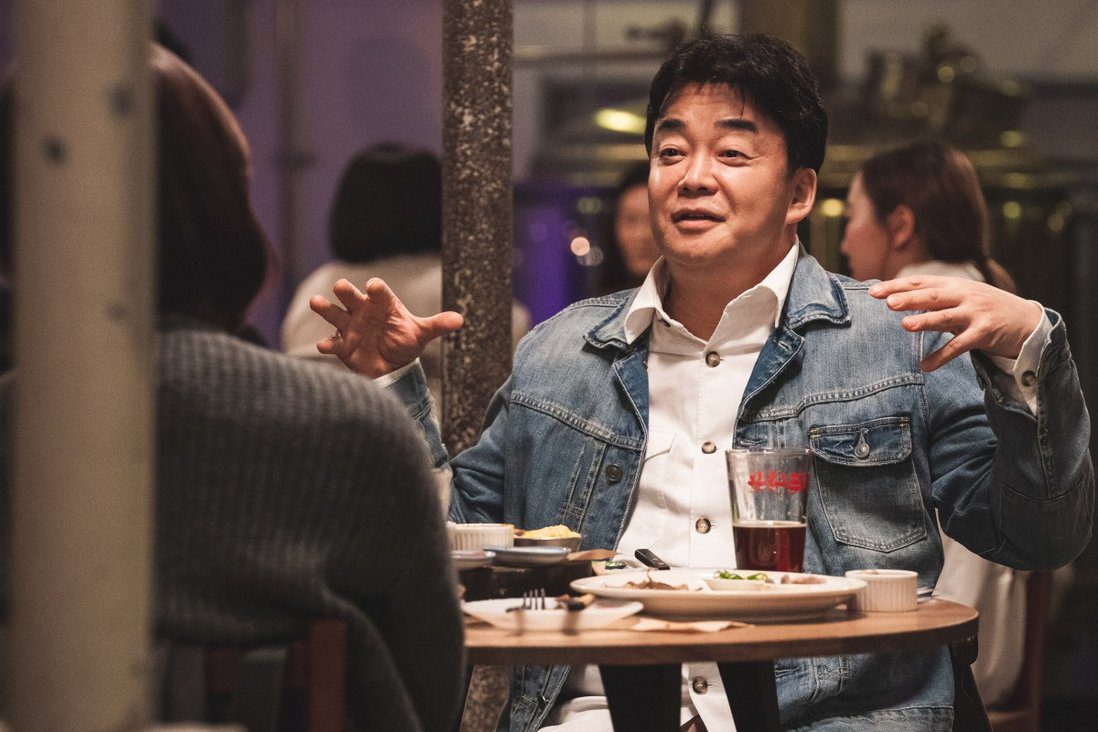 Fans just can’t get enough of the “Paik’s Spirit”, as they wait for episode 7. Watching the South Korean reality show, “Paik’s Spirit” is like meeting old friends over food. Talking to them about life and random stuff that has been going on. But the twist is that the old friends are the celebrities. As the entertainment personalities meet “Paik” better known as Baek Jong Won, the surroundings become calm. As they go deep into the stories and past moments. Making everyone feel so included in the group, that the TV screen in between doesn’t really make a difference. And makes the viewer’s mouth water with the delicious cuisine.

Baek Jong Won is South Korea’s one of the top celebrity chefs. Booze always makes him smile. Known for his soft and calm composure, he is a huge name in the industry. From having his own cooking shows on the global TV like Paik’s Mysterious Kitchen, Baek Jong-won’s Top 3 Chef King, and Delicious Rendezvous. To owning various franchises of his own hotels and food trucks. And publishing over 10 different books about cooking. Baek Jong Won is a household name now, among all the age groups. With his reality talk show “Paik’s Spirit”, the conversations happen over soju shots and huge beer mugs. 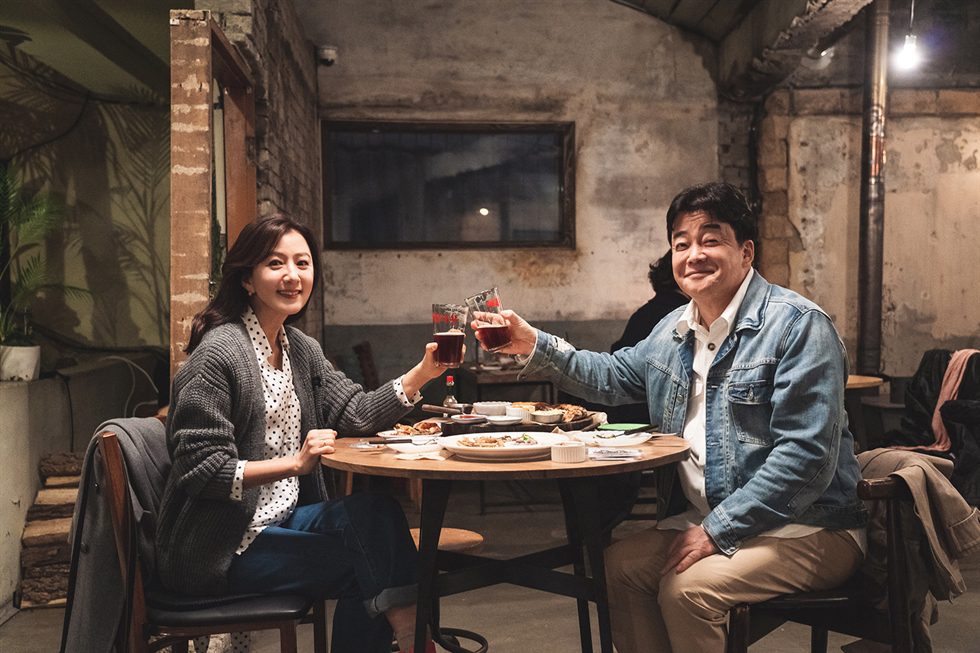 A still from Paik’s Spirit Episode 6

“Paik’s Spirit” episode 6 had the title “Show Your Colors”. As he sits at the bar drinking his beer at a bar in Gangneung, the guest star of the show, Kim Hee Ae, whom we know from “The World of Married” arrives. The plan was to meet up for a brewery tour until dinner and then have an American-style barbecue at night. As Hee Ae takes her seat, Paik tells her about Gangneung being popular for having a lot of breweries across the city. Hee Ae also tells him about her trip to Ireland and the beers she has tried. In their planned tour, he is going to show her how beer is made. And how to make it taste better.

Minutes later, they meet their guide, Park Byeong Ryun, who is also the CEO of “Budnamu Brewery”. He’s been a brewer for six years. Byeong Ryun starts the tour by showing Paik and Hee Ae around the space that used to be a factory years ago. Showing them the machine and how and where it lets the steam out. Taking them to the basement, where the barrels and processing machines are kept, he shows them other important things like the grains they use and how to smell the aroma.  After the tour ends, they go on to try different drinks and talk about the different flavors they can taste. 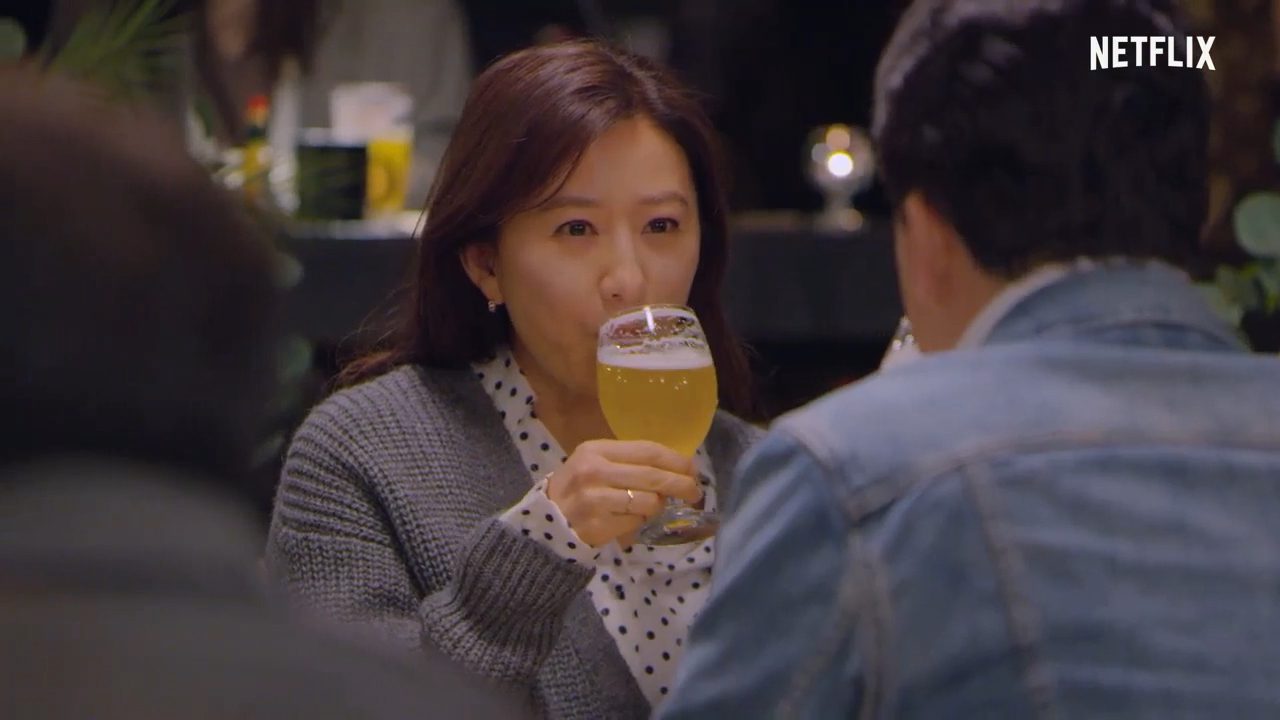 A still from Paik’s Spirit Episode 6

Going for their American Barbecue dinner, Hee Ae seemed very excited to see the food. As they start eating, they start with small talk about the years they were born and about their families. After they are done talking about their kids. Jong Won tells Hee Ae about the food he has cooked till now and the tricks he can use. Hee Ae also revealed how she became popular during her high school days and how it affected her that she began avoiding people.

Paik’s Spirit Episode 7 Release Date and Where To Watch?

Unfortunately, Paik’s Spirit Episode 7 won’t be releasing as the reality show has ended with its episode 6. In the span of six episodes, chef Paik or Baek Jong Won has met many amazing artists at amazing places like rappers Jay Park and Loco for samgyeopsal and shots of soju. Actor Han Ji Min for some somaek and alcohol in Busan. Meeting actor Lee Joon Gi at a hanu restaurant for a traditional time. Producer Nah Yung Suk for a makgeolli trip and some homemade dishes. Volleyball player Kim Yeon Koung for some chicken and beer. Along with some deep and chill conversations. All of the six episodes of “Paik’s Spirit” are available of Netflix to watch. With each episode being almost an hour longs.