A coming-of-age manga that is sure to make everyone feel warm. 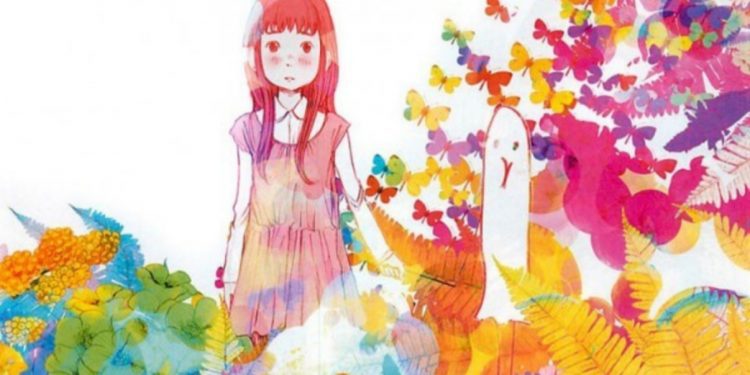 Life has been described using many varied metaphors: a race, a battleground, and many more. However, the most fitting metaphor to life, in my opinion, is a road. Life is far less dynamic than how the other metaphors make it sound. An average person lives a life that keeps going on without anything majorly big happening. Sure, there are potholes, but it’s the general worries and common issues that make life beautiful and something to remember. Perhaps this is why Oyasumi Punpun is such a big hit. It represents life in the rawest and truest form, without any filters of unrealistic expectations. The manga has been extensively popular among Japanese and international manga lovers alike. Despite its popularity, an Oyasumi Punpun anime adaptation has not been released. It’s been decades now since its release. Will the manga ever get adapted into an anime?

The manga has one of the highest ratings on MAL (9.05), rated by about 123k users. Oyasumi Punpun was launched in 2007 and serialized in the Weekly Young Sunday first and then in the Weekly Big Comic Spirits. The manga has been written and illustrated by Inio Asano, who also wrote the 2009 Harvey Award nominee, Solanin. Oyasumi Punpun was published by Shogakukan and has been noted as one of the best works from the publishing house. It has 13 volumes, each of which has been translated into multiple languages. The manga has been often termed as a masterpiece of sorts. Even more, than a decade later, it is appreciated and praised for its relatable storyline.

An Oyasumi Punpun anime adaptation is a long-awaited dream. Will it happen?

What Is Oyasumi Punpun about?

Although Oyasumi Punpun revolves mostly around the protagonist Punpun Onodera, the manga stands to explore multiple themes. At the age of 11, Punpun meets Aiko Tanaka, the new girl in his class. Later he meets with the first realization that his parents are not exactly the people he thought when he sees his father abuse his mother. Oyasumi Punpun is the story of a young and naive boy paving his way to adulthood. During his journey, he loses his innocence and once naive ways as he experiences the darker sides of life. The manga depicts his life through elementary school, middle school, high school, and then as a man in his 20s.

Punpun is written from Punpun’s perspective. The main character is never seen talking, except to the audience. That has been regarded as the Punpun effect, where the story is told from a bystander’s point of view. He and his entire family are drawn as birds, mostly in the manga. Although there are times when this depiction changes. Seeing cute Illustrations of the protagonist often led people to believe it was a simple manga until one goes through the story and realizes how deep it is. The first lesson Punpun learns from his experience with Aiko Tanaka is that love is not easy. As he grows, the manga extends to express themes like depression, regret, love, death, sex, and other mature issues.

Asano has made sure to address that Punpun is no hero to look up to. He’s just someone who has made decisions he regrets. This makes the story further realistic.

2022 is the 15th anniversary of Inio Asano’s Oyasumi Punpun. The manga was also nominated for the prestigious Eisner Award in 2017. People have often wondered why an Oyasumi Punpun anime adaptation was never made to date. The manga has not been picked up by any studio nor has there ever been any indication of it happening.

There are several reasons why the manga not getting an anime adaptation has been justified. Adapting a manga like Oyasumi Punpun is not easy because it needs to deliver the right amount of emotions. If done properly, there’s no doubt that it would be a masterpiece, but if not, things could go in a terrible direction.

Another reason why adapting the manga has often been ignored is the protagonist himself. The character never speaks, which has often raised the question of whether the main character will not have a voice actor at all if an anime adaptation were to happen. Since an anime is about visuals and sound, not having any speaking lines might be troublesome to understand. However, Punpun having any speaking lines would totally remove the Punpun effect, which is one of the beautiful points of the entire story.

With several old mangas surfacing with an anime adaptation, it won’t be a surprise if an Oyasumi Punpun anime was announced this late. However, if it is, we hope that its anime adaptation is made with the utmost care and enthusiasm to reflect the panels of the manga well enough to deliver every message hiding within the lines.

Where to Read Oyasumi Punpun?

Oyasumi Punpun has been translated to English by Viz Media. You can check into their official website to read the manga digitally. Alternatively, you can also purchase manga from any authentic platform.

Where Is The Last Picture Show Filmed? Filming Locations Revealed!