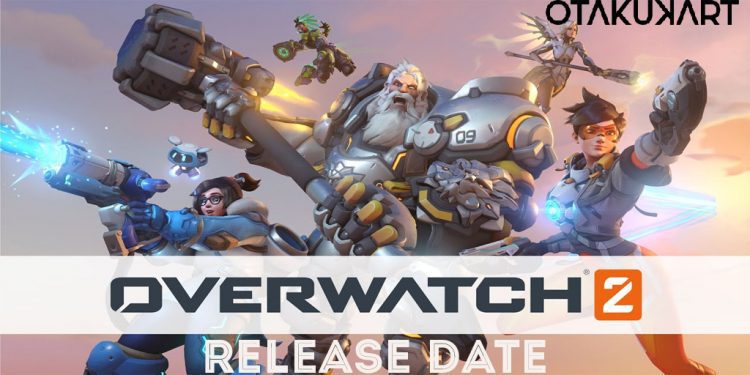 What is the release date for Overwatch 2? What will it contain? Fans of the franchise keep searching for answers to these questions since its reveal in Blizzcon in 2019. Due to the dev team focusing on the second game, there has been less and less content and updates for the first Overwatch. Don’t worry, this article will give you all the information about Overwatch 2, from the release date to all of its features.

Overwatch is a team-based multiplayer shooter game. Blizzard Entertainment developed and published the game. Overwatch is known as a hero shooter, where a player chooses and plays with the characters called a hero. The game has a large selection of heroes who have different abilities that players can use in PvP games. The characters are unlockable in the game for free. The game came about when Blizzard’s massively multiplayer online role-playing game Titan got canceled. The Dev team took many ideas and characters from Titan and put them in Overwatch. Overwatch 2 is a standalone game with many recurring features from the first game, including the characters. Blizzard has confirmed that lore will continue in the sequel.

Overwatch 2: What Will It Bring?

The sequel will have a new feature called PvE, where players will fight the forces of the Null Sector. There will be story modes in the sequel. There will be more than 100 story missions in the game. Completing these story missions will allow the players to gain experience and unlock new abilities for the heroes. Two PvE modes will be available, at least. Story-based mission and Hero missions. The story-based mission will have the player locked to a hero to complete missions based on Overwatch lore. The hero-based mission will have players use different heroes to fight the horde of Null Sector’s robots in different parts of the cities. The PvE will be a persistent feature in the sequel, whereas it was a limited-time event in Overwatch.

Push, a new mode, will be coming to the game. This new mode will be like a tug-of-war where players have to control a robot that will overload the opponent’s side of the map with the controlled team’s payload. Push will have quick and competitive plays. It will be available for standard map rotation in Overwatch League. It is not clear if all the gameplay modes from the first game will come to Overwatch 2 or not. The game will run on the updated engine of the original game. This update will have better support for the story mode in the larger maps. The dev team has confirmed that all the existing heroes will be getting a visual redesign.

There will be a new update for PvP games. Instead of six-on-six fights, Overwatch 2 will feature five-on-five fights with only a single tank player in the team. The team wanted a faster-paced game, and “the removal of a tank place made the game much faster than the last one”, they said. The heroes will have reworkings in the sequel. Damage heroes will have more increased speed in movement, the support heroes will have self-healing passive skills. The tank heroes are getting most of the rework. They are set to take on more offensive roles.

Also Read: Overwatch 1 And 2 Will Be Getting 4 New Maps – OtakuKart

Overwatch 2: When will the sequel be released?

Overwatch 2 had a release date sometime in 2022. But the Investor document of Activision-Blizzard for November 2021 announced that some of the major titles of the company will be pushed back to 2023. Overwatch 2 is one of them. There is no set date for the release of the sequel currently. The closest can be around spring of 2023.

The Document said that due to changes in leadership for the franchise, the content planned for the 2022 release, including Overwatch needs more development time to reach its full capacity. The dev team later said that more development time for Overwatch 2 will help them make the sequel a worthy successor for the first game. Activision-Blizzard controversy is also one of the main factors for the delay. Due to controversy, several internal problems arose within the company. Many creative heads and employees left the company. Jeff Kaplan, the creative director of Overwatch, left Blizzard in April 2021. Aaron Keller replaced him for overseeing the franchise.

Also Read: Overwatch Crossplay: Everything About The New Update

Sims 5: When Can We Expect the Simulator?