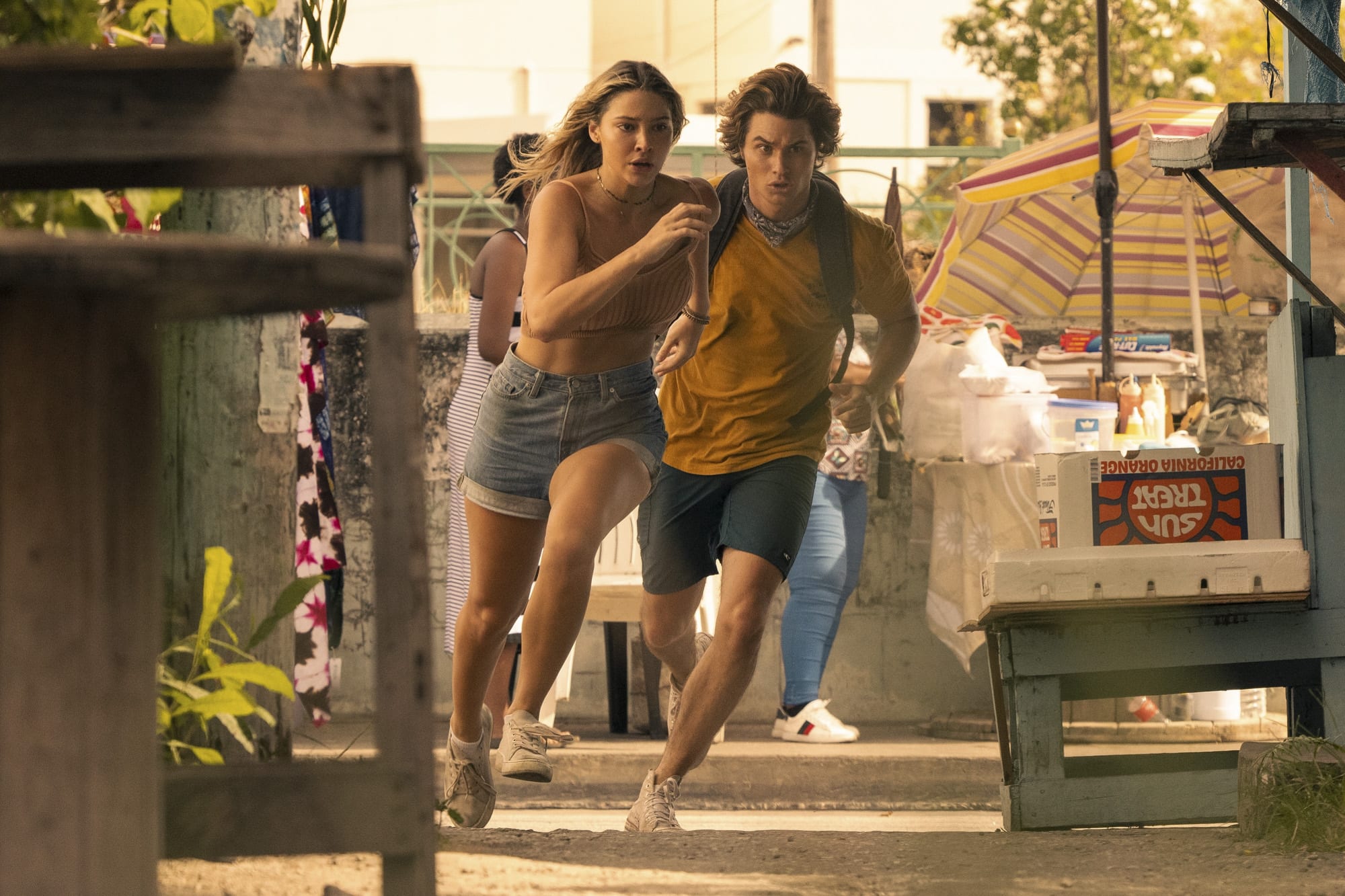 MADELYN CLINE as SARAH CAMERON and CHASE STOKES as JOHN B in OUTER BANKS (credit: Netflix)

Outer Banks s2 finally has a release date. Also, Netflix dropped an adventurous trailer for the same. Fans have been waiting for the second installment of the teen drama for over a year. So, gear up for more missions and chill moments at the Outer Banks. The series chronicles the adventures of a group of teenagers living in North Carolina. The coming of age drama is coming soon this July. So, without further ado, get all the updates on Outer Banks Season 2. Also, don’t forget to watch the trailer.

The American action-adventure mystery-teen drama television is created by  Josh Pate, Jonas Pate, and Shannon Burke for Netflix. Meanwhile, Aaron Miller and Sunny Hodge serve as the producers. Outer Banks season 1 dropped on Netflix in April 2021. The show received a great response, especially from the audience. And after two months of its premiere, it got renewed for season 2. 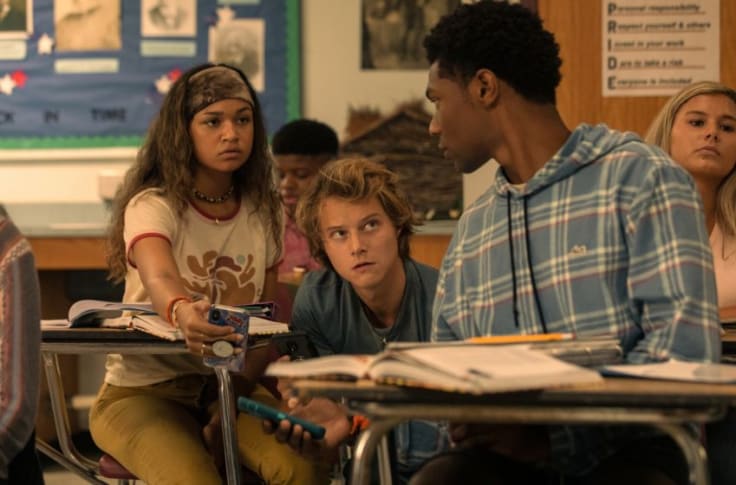 The new season will definitely be exciting as the Pogues will get to see John B. and Sarah alive. In the trailer, the Pogues are mourning their death, but the two look more than fine in the next shot. A lot more is revealed in the trailer regarding Sarah and John B. But, first, let’s know when Outer Bank’s S2 releasing.

Outer Banks S2 is releasing on July 30, 2021. The Teen drama will release on Netflix and will drop all episodes at once. Earlier, Netflix announced that the show will release in Summer and also dropped some stills from the new season. The second season will have ten episodes. Catch up on season 1 here before the new episodes arrive.

All the primary cast is set to reprise their roles. The list includes Chase Stokes as John B, Madelyn Cline as Sarah Cameron, Madison Bailey as Kiara “Kie,” Jonathan Daviss as Pope, Rudy Pankow as JJ, Austin North as Topper, Charles Esten as Ward Cameron, and Drew Starkey as Rafe Cameron. 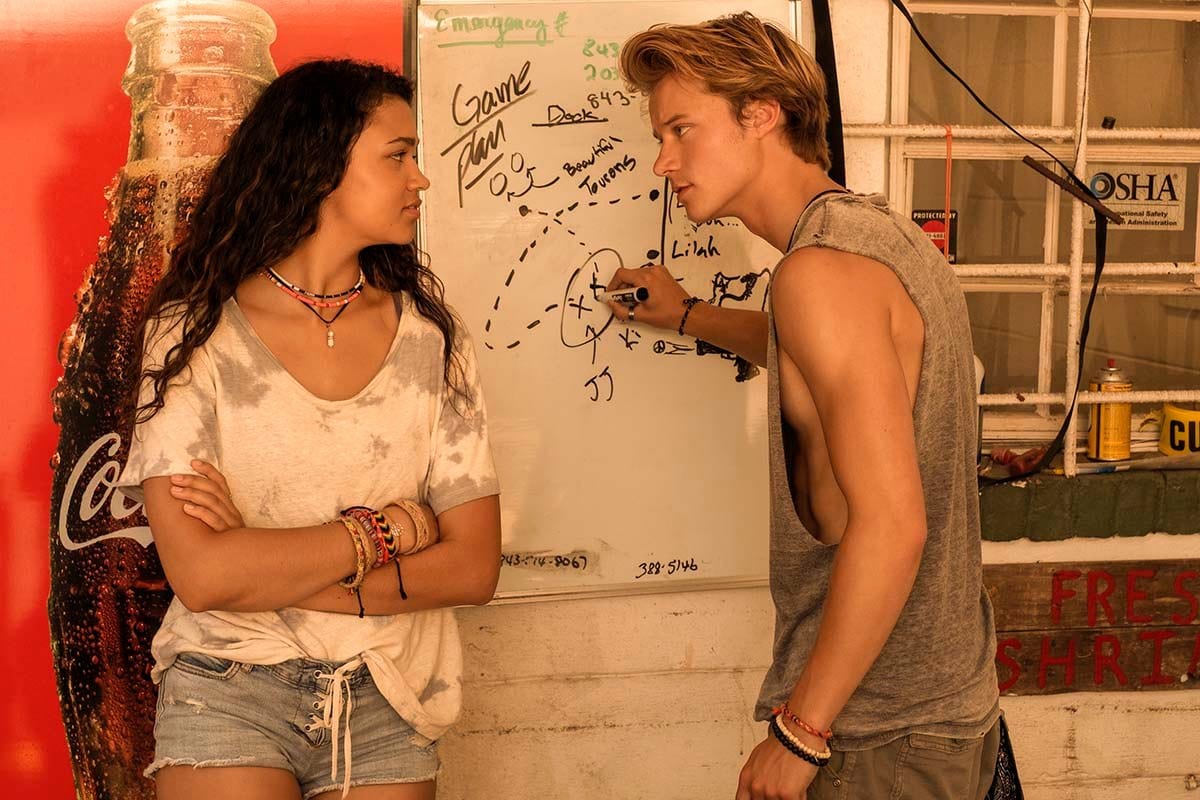 the new season will pick up right from where the season 1 finale left us. We will see Sarah and John B. continuing their adventure in the Bahamas. On the other hand, the new images showed how the remaining Pogues crew is having a little adventure of their own back in the town. Also, new enemies will be joining the team, and the stakes will rise for Kiara, Pope, and J.J.

The race to $400 million is going to be thrilling and exciting. Now that a new secret has unveiled, will the group be able to reunite and work together again on a mission? Gaer up for the new season, and mark down the dates on your calendars.

Netflix dropped a brand new trailer for Outer Banks season 2. Although the video was only a few seconds long, it explained to us how the new season will be intense and thrilling. The trailer began with Kiara, Pope, and J.J craving John B.’s name in a branch of a tree to mourn Sarah and Josh B. On the other hand, the frame soon takes us to John B and Sarah, who are busy watching a sunset and are getting ready for a new ride. The couple is actually scooped up on the tanker in the Bahamas, where the stack of gold is hidden.

We see the trailer speed up and showcasing all of the scenes from season 2 in a span of 5 seconds, and the trailer ends. Also, the new romance between the lead cast will elevate this season. Watch the trailer down below:

co-creators and executive producers Jonas Pate, Josh Pate, and Shannon Burke shared what season 2 will be about. They said that Season 2 is going to test the crew like never before. Reportedly, they have turned up the dial on everything fans loved about Season 1 — more mystery, romance, and higher stakes. It’s a fleet, action-packed adventure, and the given photos give a glimpse into the next chapter for the fan-favorite crew,  Pogues. “All we can say for now is buckle up, it’s going to be a wild ride,” the trio said in the statement.

Until the new season appears, keep reading and stay tuned!