Outer Banks season 2 is arriving. The Netflix show has earned a summer premiere date. The fans of the teenage drama show were eagerly waiting for season 2 to arrive. And it looks like they are going to enjoy their summer at the outer banks. The second installment of Outer Banks was announced last year in July. However, due to the pandemic, it faced a delay to premiere the new season. It is one of the most highly anticipated shows on Netflix. Hence, the fans are over the moon after hearing the announcement. Many rookie shows ended merely after a season this year, but Outer Banks maintained its charm. And it is coming back with a batch of fresh episodes. So, without waiting any further, let’s find out all about Outer Banks Season 2.

Outer Banks is an American action-adventure mystery-teen drama television series.  Josh Pate, Jonas Pate, and Shannon Burke are the creators of the show, while Aaron Miller and Sunny Hodge serve as the producers. The show made its debut in April 2021 on Netflix with ten episodes. Right after two months of its premiere, it got renewed for season 2.

Set in the coastal town along the outer banks of North Carolina, the show follows the lives of young teenagers who are on a quest to find about the mystery of the group’s leader’s dead father. Along their way, they find a treasure that might be connected to the mystery; they are trying to solve.

Outer Banks season 2 does not have a specific release date at the moment. However, we are sure that the show is premiering its second season in the summer. This means super soon.  Outer Banks season 2 had reserved a spot on the list of upcoming shows this summer, the streamer announced this Friday. Also, it has released a bunch of stills from the upcoming seasons. The pictures give us a glimpse of what is inside for the audience. But, it is still a mystery to know what happened to John B. and Sarah after the season 1 finale. The second season will be released on Netflix. And we believe that just like the prior season, it will have ten episodes too.

All the main cast of the show are reprising their roles in season 2.  It includes Chase Stokes as John B, Madelyn Cline as Sarah Cameron, Madison Bailey as Kiara “Kie,” Jonathan Daviss as Pope, Rudy Pankow as JJ, Austin North as Topper, Charles Esten as Ward Cameron, and Drew Starkey as Rafe Cameron. Until then, check out these new pictures from the Outer Banks season 2. 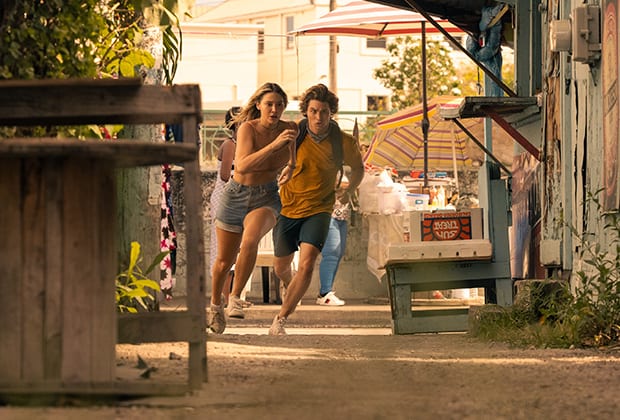 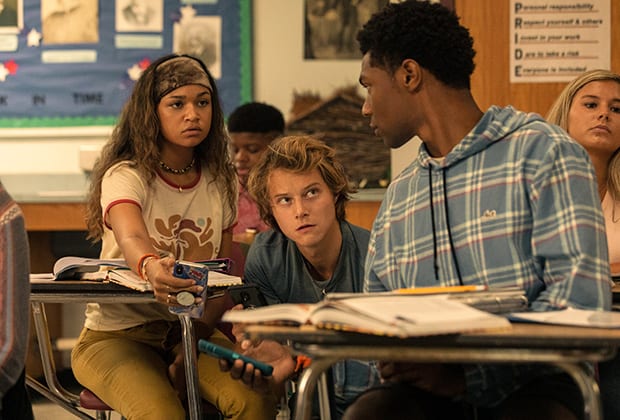 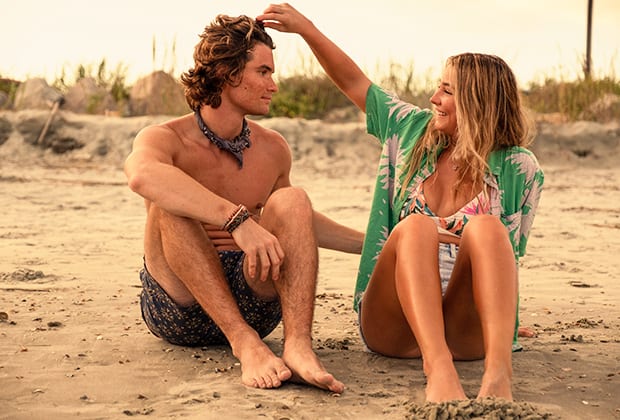 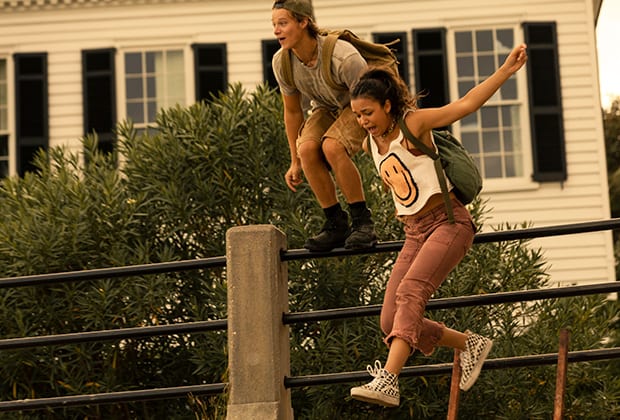 What To Expect In the new Season?

Outer Banks season 1 finale was hard to digest, both for the audience and for the rest of the group in the show, which believes that Sarah and John B. are dead. Fortunately, they are not.

The new season will pick up right where it left us. We will find Sarah and John B. chasing around the Bahamas to save their lives. The executives of the show-  Jonas Pate, Josh Pate, and Shannon Burke confessed in an interview that season 2 will be a “wild ride,” and it will test the crew like never before. They said that they have leveled up their game. They have added everything in more quantity which the fans loved in season 1;- more thriller, more mystery, and more romance.

Whereas, the new synopsis states, “New friends also bring new foes as they’re back on the trail of the gold, while the stakes for Kiara, Pope, and JJ rapidly escalate at home.” It further says that the $400 million is still on the line. But, after unveiling the newfound secret, will the group reunite for a fresh mission? It also reads that the adventure of a lifetime awaits. Season 2 will definitely be a thriller. Also, it will be scary to see how Pogues will win the new adventure.

The new pictures indicate a lot of drama, some that we can’t decipher at the moment. But, don’t worry, the show is arriving soon. So, stay tuned and keep reading to know about your favorite shows!

Also Read: What To Expect From Star Wars: The Bad Batch Episode 4?

How Many Episodes Are There In Jurassic World Camp Cretaceous Season 3?