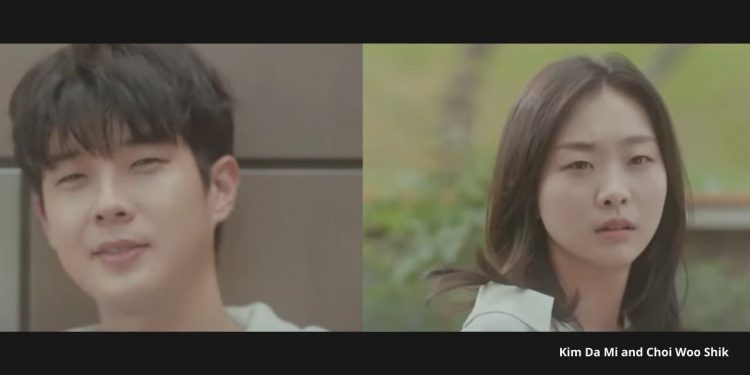 The upcoming Kdrama ‘Our Beloved Summer’ is the new buzz in town. Everyone is waiting for the ‘Our Beloved Summer’ episode 1 to release soon. The star cast is the specific attraction of the drama as we will see Kim Da Mi and Choi Woo Shik share a screen after three years. The actors were last seen together in the South Korean film ‘The Witch’ which was released in 2018. However, the duo did not play the role of a couple but of nemesis. After this, Kim Da Min’s acting skills were recognized widely. Finally, the actress landed a lead role in the 2020 Netflix drama’ Itaewon class’.

Similarly, Choi Woo Shik got recognition after his antagonistic role in ‘The Witch.’ This led to new opportunities, and he got a big break in the 2019 film ‘Parasite’. The ‘Our Beloved Summer’ drama’s story is about a couple who parted ways on bad terms. They never thought they would cross paths again, but destiny had something else planned. The couple filmed a documentary in high school which was never a big deal. Suddenly their work gained popularity after 10 years, and they were forced to come together again. In this article, we will cover the details on ‘Our Beloved Summer’ episode 1 preview that was released just two days ago. So keep reading to get the latest update.

The preview starts with Choi Woong optimistically saying that they all will be successful in the future. After many years when both Choi Woong and Kook Yeon-soo are leading separate lives, their paths cross again. Yeon-soo’s company wants to see the writer of the project that she is working on. Surprisingly, the writer is Choi Woong. This is how the couple meets again after their break up.

Choi Woong has always seen Yeon-soo for who she is. She has a different side that is only known to him. In high school, they were not very fond of each other but fell in love eventually. After their break up, neither of them thought that they would meet again, but they kept bumping into each other a lot. Finally, Choi Woong agrees to help Yeon-soo on the condition that she will shoot a documentary with him for a month.

The ‘Our Beloved Summer’ episode 1 preview was released on 29th November 2021. The preview was only 40 seconds long but gave us a pretty good insight into what we can expect from this romantic-comedy-drama.

The cast of the upcoming drama

The actress Roh Jeong-eui is playing the character of En Je-i, a 25-year-old top idol who is not fond of second-best things. Before this, the actress has worked in ‘Phantom Detective’ and ’18 Again’.

Where to watch ‘Our Beloved Summer’?