As the story of everyone’s past life unveils in ‘Our Beloved Summer’ Episode 6 we will find out what happened between Woong and Nu-a? As for Yeon So and Woong, working in a documentary together is taking a toll on their emotions as they get into a fight and Woong makes harsh statements towards Yeon Soo. Neither of them thinks that this documentary is a good idea anymore. Moreover, the artist Nu-a in an interview insinuates that Ko-o copies his drawing.

Plagiarism is a serious allegation in any field but Yeon Soo still believes in him. She reassures her colleagues that Ko-o has not plagiarized anyone’s work. Later, in a meeting, Mr. Jang interrogates Woong over the allegations but everything is settled down and he invited Woong to an opening party. Not knowing what to wear Woong call NJ to come to his aid. Will the party be a smooth event? Also, why does Woong does not want to counter Nu-a’s allegations? Read the article to find out.

Finally after dwelling for days on the topic of working in a documentary Yeon Soo and Woong have agreed to work together. Also, Woong has agreed to be part of the ‘Soen Shop’ project. As the filming of the documentary starts both of them have a lot of stories to tell. The first story is about the first moment they felt something for each other. Back in school when they are shooting the documentary a sudden rain shower interrupts their final scene. The director leaves Yeon Soo and Woong behind in a shed to get more batteries.

The situation is very awkward but as Yeon Soo is shivering Woong starts to worry about her. He takes off his shirt and gives it to her. Both of them have different versions of this story but both versions are adorable. Before finalizing the shoot Yeon Soo and Woong present their terms for working together to Ji Woong. Yeon Soo asks not to mention anything about their personal or dating life.  Whereas, Woong is clear and just writes down not to annoy or bother him.

After days of shooting Ji Woong is still not able to get any salvageable footage. All Yeon Soo and Woong do in front of the camera is work, exercise, or sleep. So to get some interesting content he calls both of them again at Woong’s house. When Yoon Soo arrives at Woong’s she finds him sleeping on the couch. So seeing Yoon Soo he thinks he is dreaming but he wakes up abruptly when he finds out she is there. As they have nothing to do till Ji Woong arrives Woong invites Yeon Soo to look at his drawings.

As they are looking through the drawings Yeon Soo finds the drawing of their school that she ruined in the past. She is shocked to find it at Woong’s place. Their fight starts from the painting but ends with Woong making a harsh statement. He says that Yeon Soo not only ruined his drawing but also his life. While Woong keeps giving harsh replies he thinks why is he getting so upset over something that happened long in the past. Will this feeling of frustration go away with time?

Woong is having second thoughts about filming the documentary. Also, we find out Ji Woong used to have a crush on Yeon Soo in school. Going forward with the documentary a new staff member who is an intern will be involved. Furthermore, the artist Nu-a who is known to have similar drawings to KO-O accuses him of plagiarism. Watch ‘Our Beloved Summer’ episode 6 to know what happens.

The ‘Our Beloved Summer’ Episode 6 release date is 21st December 2021. Other than Yeon Soo Woong shares a hurtful past with the artist Nu-a as well. Till now no one is sure of what happened between them but we know that Nu-a copies Ko-o’s drawings. Keeping the controversy in mind ‘Seon shop’ decides to invite both the artists to the opening night and organize a competition between them. Will Woong think that he has been betrayed by Yeon Soo again?

Where To Watch ‘Our Beloved Summer’ Episode 6? 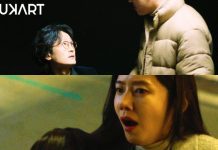 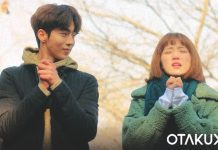 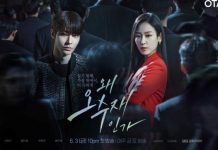