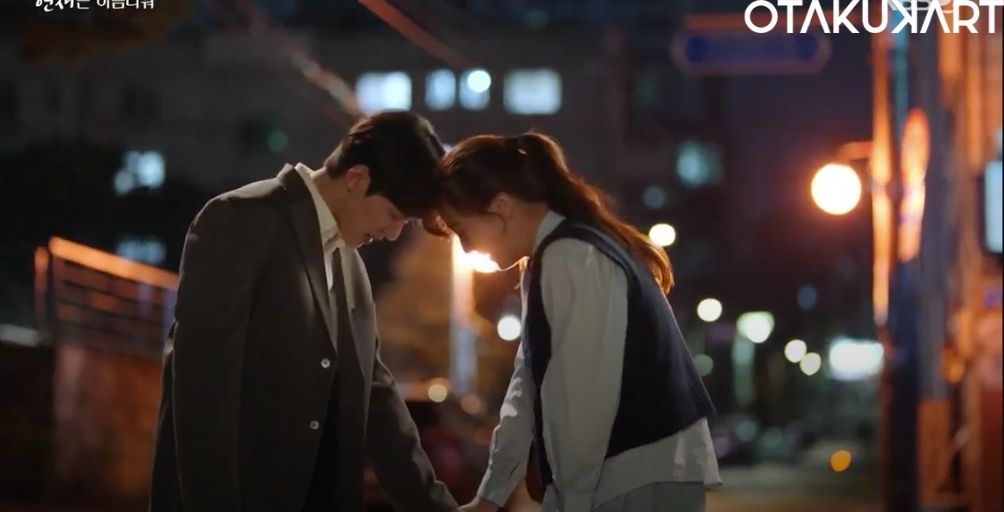 Trudging along with the narrative, for Our Beautiful Now Episode 13 is all about playful banter between our leading couples that ultimately serve to bring them closer to each other. It goes without saying, but the Lee and the Jung families also have engrossing plot points that keep the viewers hooked. In line with the initial assessment of the drama, Our Beautiful Now serves as a reminder for many young Korean folks regarding the importance of family. Elucidating with the examples of Sim Hae Jun and Na Yu Na, we see how these two characters seem adrift without any anchoring point for themselves.

Apart from the romantic development that seems to occur as every episode airs, there are also a lot of family dynamics one can look forward to in Our Beautiful Now Episode 13. While Mi Rae and Hyun Jae are trying to come to terms with the nature of their feelings, many netizens feel that there will be a huge hurdle that will come between them. Netizens think that Jung Soo might be Kyung Chul’s long-lost daughter. How will Mi Rae and Hyun Jae overcome this probable hurdle?

What To Expect In Our Beautiful Now Episode 13?

Our Beautiful Now Episode 12 was a turning point in the relationships for the Lee boys. Hae Jun and Yoon Jae were on their way to Wolmi Island, Yu Na and Soo Jae just had their first kiss, and Mi Rae and Hyun Jae were awkwardly tip-toeing around each other.

Hae Jun wanted to have a fun outing, so she dragged Yoon Jae to Wolmi Island with her. There, she shared the positives of being successful – to be able to buy anything without looking at the price tag. But in a moment of vulnerability, Hae Jun also mentioned that when you are successful, you don’t have anyone to share it with. Since her mother died, her family has disintegrated and everyone walks on eggshells around her since she is in her early forties and unmarried. On their way back home, Yoon Jae misses a turn at Incheon Airport. Hae Jun is asleep by the time they reach her apartment, and viewers might think that Yoon Jae is about to kiss her, but instead, he screams in her ear to wake her up. The next day, when both meet, Yoon Jae brazenly asks Hae Jun if she likes him!

During the same night, Mi Rae had called Yoon Jae in a panic, asking for his help when she found that her client who was going through a divorce might commit suicide. Hyun Jae might be in denial about his feelings for Mi Rae, but actions speak louder than words when he drops everything and runs to help her. Fortunately, everything goes well, and Mi Rae is able to find her client safe and sound. In the car drive back to her home, Mi Rae jokes and tells Hyun Jae that she has found a flaw in his personality. When inquired about it, Mi Rae says that she would be willing to tell him if they meet another time.

Finally, after their first kiss, Yu Na and Soo Jae are like giddy teenagers. The next day after their first kiss, Soo Jae flirts with Yu Na over text. He says that he feels more energetic after “yesterday,” and he does not know why. Yu Na seems to agree with him, and she blushes in the corridor of Bong Foods. However, when Soo Jae proposes that they get married for real, Yu Na is hesitant because she is the eldest daughter of a poor family, and it falls on her shoulders to earn money. Soo Jae agrees and adds that he is also not in a position where he can support a family.

Since Our Beautiful Now airs on KBS2, those who have access to this channel can easily watch the drama every weekend as soon as it airs. Our Beautiful Now Episode 13 will be released on 14 May 2022, which is a Saturday. Viewers are waiting to know how Yoon Jae’s and Hae Jun’s relationship will pan out when both the parties know where they stand emotionally with each other!

Where To Watch Our Beautiful Now Episode 13?

Koreans and people who have the KBS2 channel can view this drama there. The new Episode of the drama will air every weekend at 8 pm KST. Americans and Canadians can watch the drama on Kocowa TV at 7 am EST. Sadly, Indians, Britishers, and Australians cannot watch this drama anywhere.