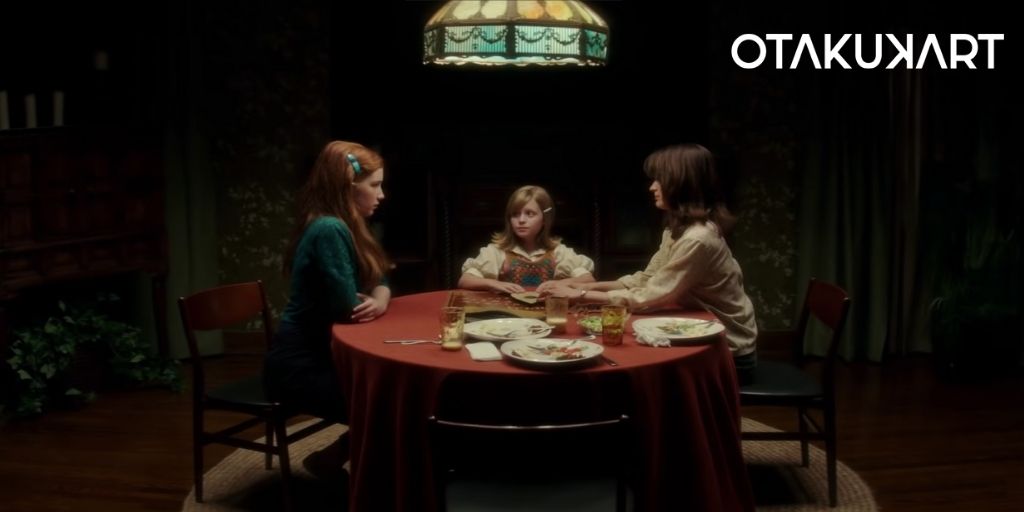 The plot is based on the Hasbro game, which transports us to the world of Alice Zander. She is a single mother and spirit communicator. Alice is a con artist who uses theatric mannerisms and sleds of hand to give people a sense of closure. Alice and her daughters begin to see real spirits after discovering an Ouija board.

The film steadily delves into the terrifying history of Alice’s family home. You would also be surprised to know that the producer of the movie is Michael Bay. However, we see people talking about its ending on social media a lot. If you are one of the fans who are here in the search of having the ending of Ouija Origin of Evil explained, we might be able to help you out with this article. So, let us jump into the plot and have its ending explained.

What Is Ouija Origin of Evil About?

We see that the storyline follows a young widow called Alice Zander. She works as a spiritual medium out of her suburban house in 1967 Los Angeles. Alice lives with her daughters, 15-year-old Pauline and 9-year-old Doris. Roger, who is Alice’s husband and the father of her children died recently, and we see that the family is still grieving.

After that, Alice uses an Ouija board in her readings when her daughter suggests it. While experimenting with her board, she unintentionally contacts a spirit named Marcus. The spirit takes possession of Doris. Alice receives notice from the bank that their house is about to be foreclosed on. Doris seeks assistance from the board, claiming she is speaking with her deceased father. We see that the spirit guides her to a hidden room below the basement wall, where she discovers a cash pouch. 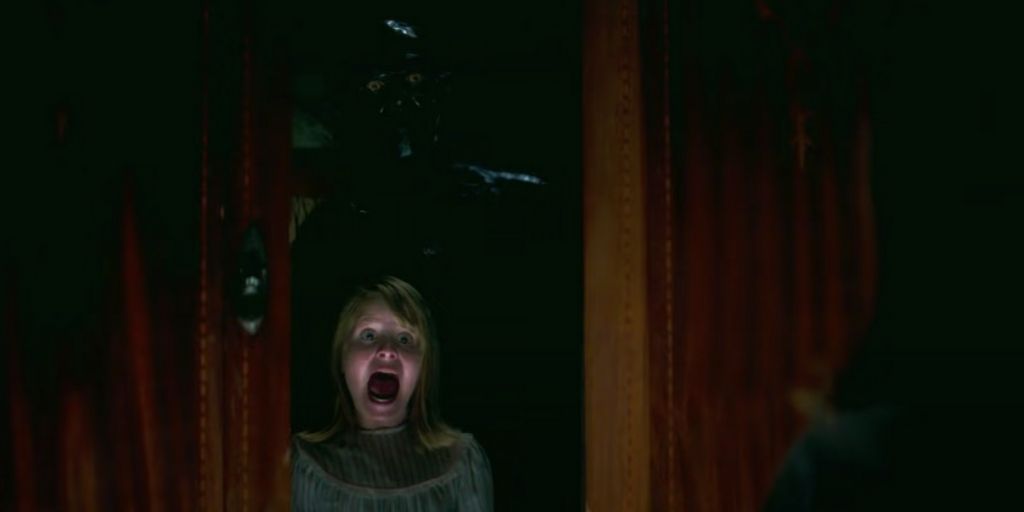 A scene from the movie

After that, the family holds an Ouija session after she hands the money to her mother. They believe they may contact Roger. When the board responds to a question only Roger would know the answer to, Alice becomes very certain that they have met with her long-dead husband. From here, we see the story proceeding.

We know the movie follows Alice. In the movie, she is a fraudulent psychic, and she teaches the same to her daughters. Doris is possessed by a spiteful ghost of an immigrant who was abducted and experimented on by a German scientist in the house’s basement years ago. The family realizes this with the help of a local priest named Tom. All of them try to save Doris by setting fire to the board, however, ‘possessed Doris’ murders, Tom. This forces Lina to sew her sister’s mouth shut to prevent the spirit from speaking! Horrifying. 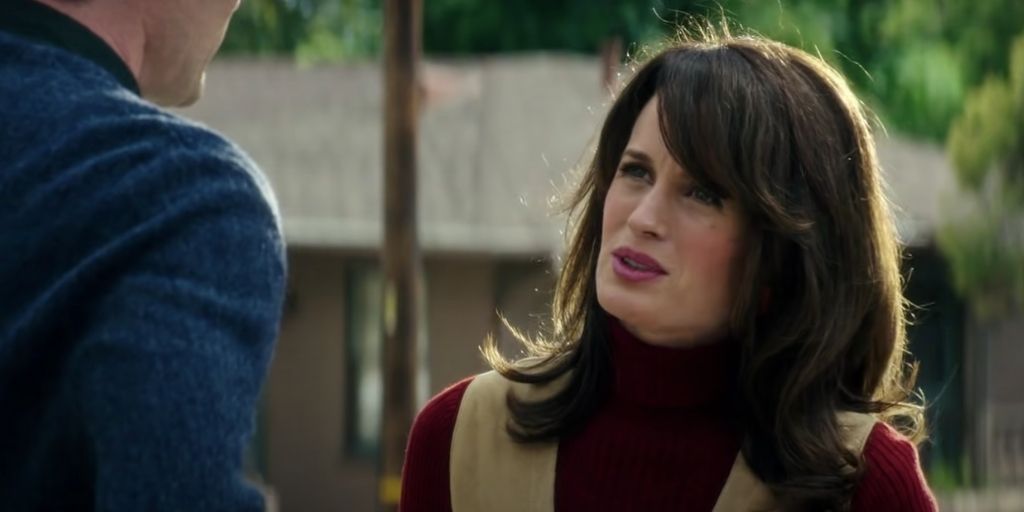 A scene from the movie where we can see Alice

We get to know that the ghost that possessed Doris was a Polish soldier. His name was Marcus and he was imprisoned in a detention camp run by the Germans. Marcus was released from prison and relocated to the United States. He ended up in a mental institution after living on the streets for a while. Marcus’ past is entangled with a German doctor. He is known as the Devil’s Doctor due to his involvement with the occult. The doctor returned to the United States after the war, establishing a base in the same house where the family currently resides. Marcus and a lot of others were captured again. Moreover, he continued his experimentation on them from the safety of the basement. We see that it is where Doris had found the money in the movie earlier.

Does Doris Survive The Possession? Is There A Post-Credit Scene?

We see that Lina manages to sew Doris’ mouth shut, however, she dies as a result. After that Lina is subsequently possessed and stabs her mother Alice to death. So, Lina ends up killing Doris and her mother Alice both. In the ending, we see Lina in a mental institution. She makes her own Ouija by drawing letters and symbols with her blood. Later, a doctor sees and notices her through a window. The doctor is unaware that Doris’ malicious ghost is staggering across the ceiling towards him. This is when the movie ends. 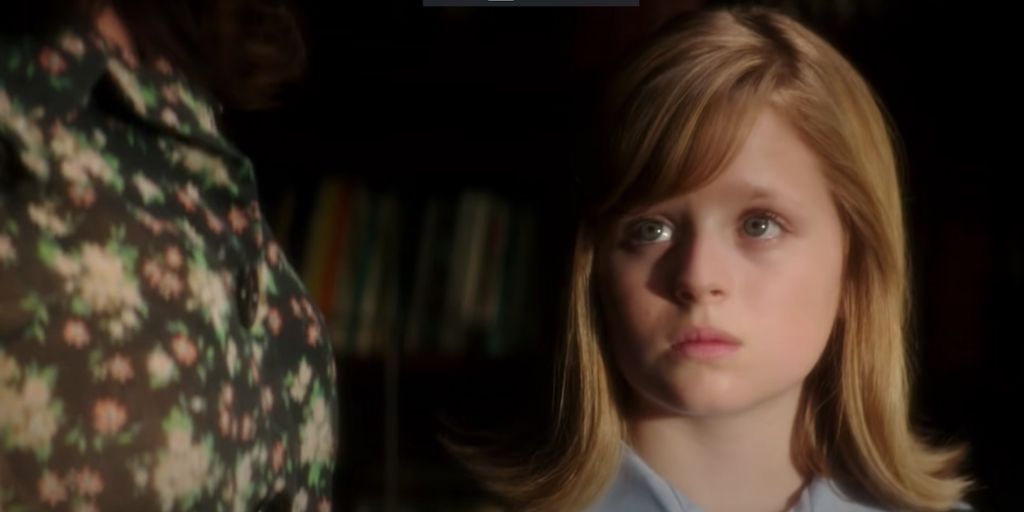 You would be surprised to know that the film’s concluding scenes hide a post-credits sequence for the fans. Lina is much older and It begins in 2014. She receives news that someone claiming to be her niece is visiting her at a mental facility. While the film ends here without resolution, the post-credits scene connects it to the 2014 film Oujia, to which this film is a predecessor. If you’ve watched the first film, you’ll notice Laine Morris as the visitor. Furthermore, we get to know that she is not Lina’s niece, but rather a member of the family that purchases the house after the Zanders leave.