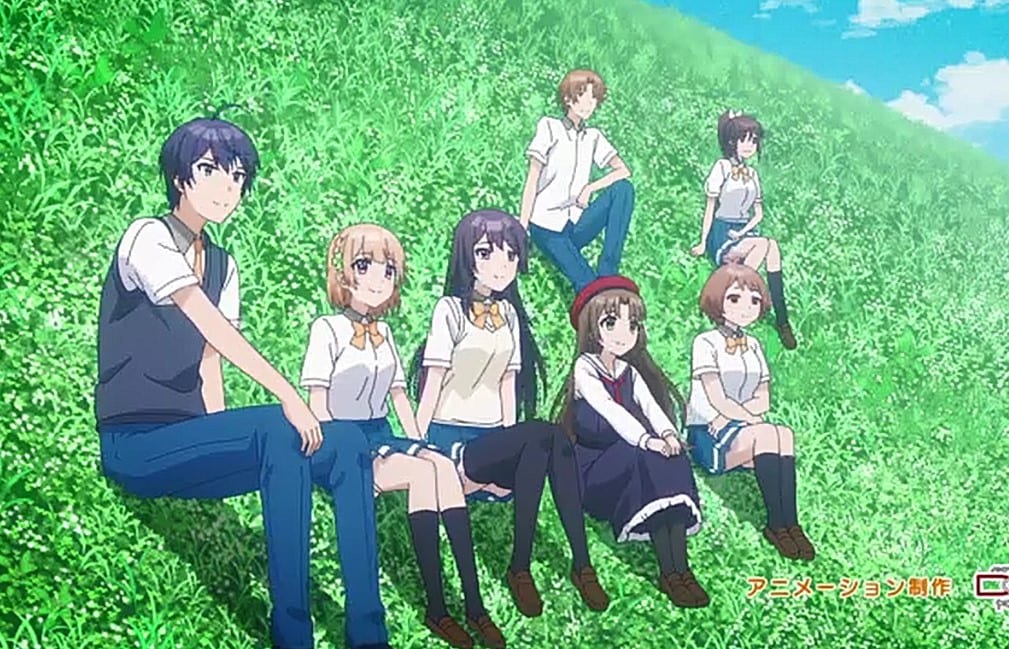 The truth behind Abe and Kachi’s relationship is about to be revealed. Let’s find what Haru is playing to do to save Kachi from Abe’s trap. The next day, after Haru challenged Abe, the school festival begins. Haru met with Kai at the entrance of the school, and they fist pump. Kai told Haru that it is their time and they have to do this, and the duo heads to confront Abe.  Later they met with Abe at the passage hall, and they both face each other with confidence.

Abe comments that what he will do today will be a huge blow, and everyone will be left stunned. Haru replies that he has also come prepared, and he will be the one who will work away with a smile and victory. Abe said the challenge is on, and they part ways. Kai and Haru talk about how things will unfold today. Kai comments that he thought the revenge thing was a stupid idea at first, but he now understands it. He also said since his first lover betrayed him, it makes sense that he wants revenge.

Haru promise Kai that he will win this battle. But someone was spying on them nearby. The students get ready for the festival and wear the outfit they have selected for everyone. Haru met with Kureha, who dressed beautifully, and she asks him how she looks. Haru comments that she is looking super cute, and she replies that she will burst with blushes. Kureha left Haru, and the Guilty Boys arrives. They rub Haru’s head since they realize that Kureha is getting hurt the more she gets closer to Haru.

The Guilty Boys know that Haru has not gotten over Kachi and Kureha loves him. The Guilty Boys wonders if Haru will level the past and try to move on with Kureha. Haru left the room and heads to the hall where the festival is about to begin. The students are enjoying their day. Haru looks around, and he is looking for someone; he wants to see how she will look with her new outfit. Kai arrives and comments that Kachi’s group has not arrived yet. He told him that there is no need to hide it that he is looking for Kachi.

Haru asks Kai where he is getting those ideas since he was not looking for Kachi or something. Kai realizes that if he argues with Haru, he will be wasting time since he will tell him excuses. He told him that there is someone who came to see him. Haru headed out and met with that someone. He asks who you are, and she calls him Su-Chan, and Haru realizes that it is Shirou. He asks her if it is really her and Shirou replies that she is glad that he has figured it out. Shirou thought that he would mad at her since she came, and that’s why she has been hiding from him. Haru comments that he is happy to see her, and she wonders why he quit being an actor. Shirou reminds Haru that he never visit her ever since the last time they met. Haru told her that a lot has happened, and he apologizes that he didn’t perform the story she wrote. She steps forward and comments that she did everything for him to recognize her. She took out her hat, and he finds that it is Kachi.

Haru asks her why she was calling herself Shirou, and she reveals that he just misunderstood Shiro for Shirou. Kachi expresses her love and talks about her winning different awards and prizes. Haru wonders what is happening since this is his first lover who broke his heart. He knew that she is in love with Abe and wonders why she is doing this with him. But since love has no boundaries, Haru got carried away the love awakes in his heart.

Kachi reveals why she dated Abe since Haru was popular and thought he was dating Kureha. Kureha and Haru were so close, and Kachi reveals how jealous she was, but she has found out that they are not dating. Later the festival begins, and Haru confesses in front of everyone. He chose Kureha instead of Kachi since he realizes that she is the one who has been honest with him. Abe lost the battle since he was planning on parking him.

Also Read: One Piece 1011 Spoilers: Big Mom To The Rescue