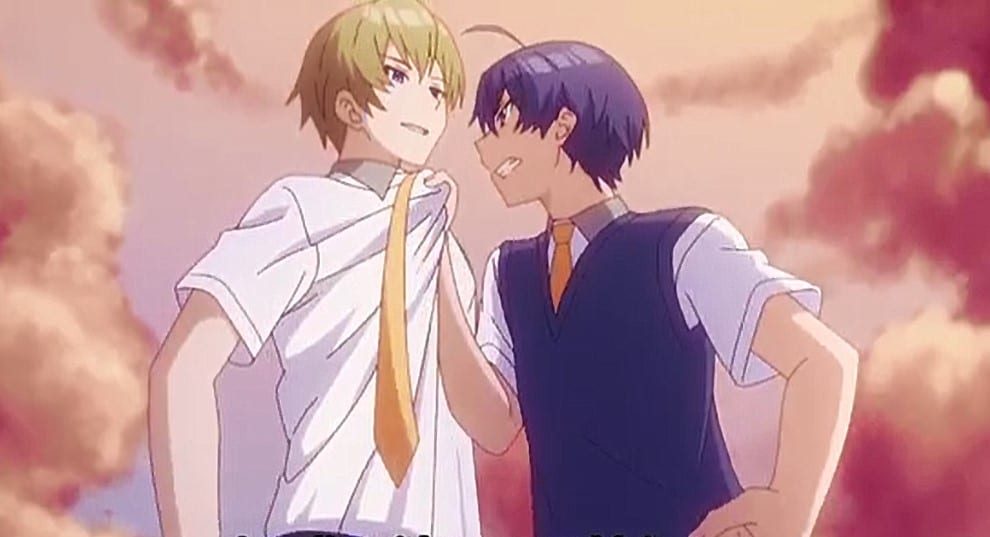 Haru was born to a father who was a stunt man and a mother who was an unsuccessful actress. Haru had a flashback about his childhood life when he was with his mother. That day his parents took him for a photo shoot. His mom told him that he did great, and it was a wonderful moment for him to see his mom smiling. In the present, Abe told Haru that he never thought they meet at this school. He asks Haru if he could tell him why he suddenly left show business six years ago.

Haru asks him why he should tell him, and Abe said because he decided to be an actor because of him. Abe reveals that his father acted alongside him in a historical drama, and he has the highest praise for Haru. Abe said he has no talent, and he had already given up once, but he still wanted to be an actor. He also said Kachi told him that Haru is attending this school. But he has also discovered that Haru liked Kachi, and he decided to use that to his advantage.

Abe reveals that he has started dating Kachi because of Haru, and he wants to humiliate Haru. He also told Haru that it is working since everyone tease Haru in the class for his high expectation. Haru asks Abe why he is doing that to get to him, and Abe replies that because he hates him. Abe said that he wanted victory over Haru in a form that it could make him feel happy. Haru gets angry and picks Abe with collars; Abe told Haru he wish he wouldn’t do anything violent.

Abe also told him he wouldn’t stop him from smashing him if he wants to be expelled. Haru wonders what Abe’s deal is and why he always acts like he is a superman. He realizes that Abe is an idiot who is mad with envy. Haru questions himself why Kachi is dating a guy like Abe. Haru let go of Abe, who reveals that he is planning to confess to Kachi at the confession festival. He also reveals that his agency doesn’t want him to go public with it yet. 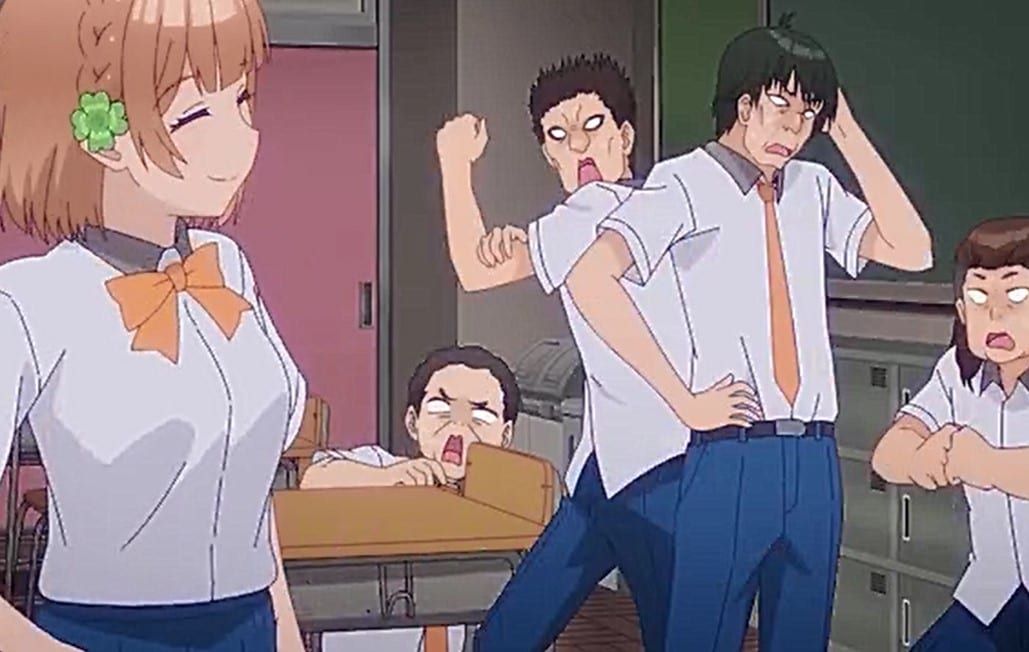 But if he confesses at the confession festival, they have to agree. Abe comments that will be the time limit on Haru’s first love. Haru got furious after realizing that Abe is toying with the feeling of the girl that he loves. He raises his fist, and Abe told him to punch him and find his weakness. They both part ways, and Haru confronts Kia, who is chatting with hotties. He asks Kai if he said he wants to play for the cultural festival and said he is also joining.

Kai reads the room and realizes why Haru is joining the cultural festival. He has noticed that Haru is not glad about Abe and Kai’s relationship. Kai comments that Abe is a pro and Haru will need a good script to beat him. Haru replies that he is aware of how Abe is, but his scrip needs to hook people, make them laugh, and leave them speechless. But he wonders who would write that speech. Kai pointed at Shida and said she would be perfect for this job.

Shida approaches them, showing how big her chest is, and she asks Haru why he hasn’t check Nine. She shakes her chest near Haru’s face and tells him that it is her first post since they started dating and wants to go with him. Haru notices that they are big, and everyone inside the class is surprised to see Shida moving them too close to Haru’s face. After Shida lets the single boys gather near Haru, realizing that he is blowing a chance away. They can’t believe that he is not interested in a hottie with a chest like that. Shida looks at them, and they stay away from Haru. Later Shida and Haru plan how they are going to trap Abe.