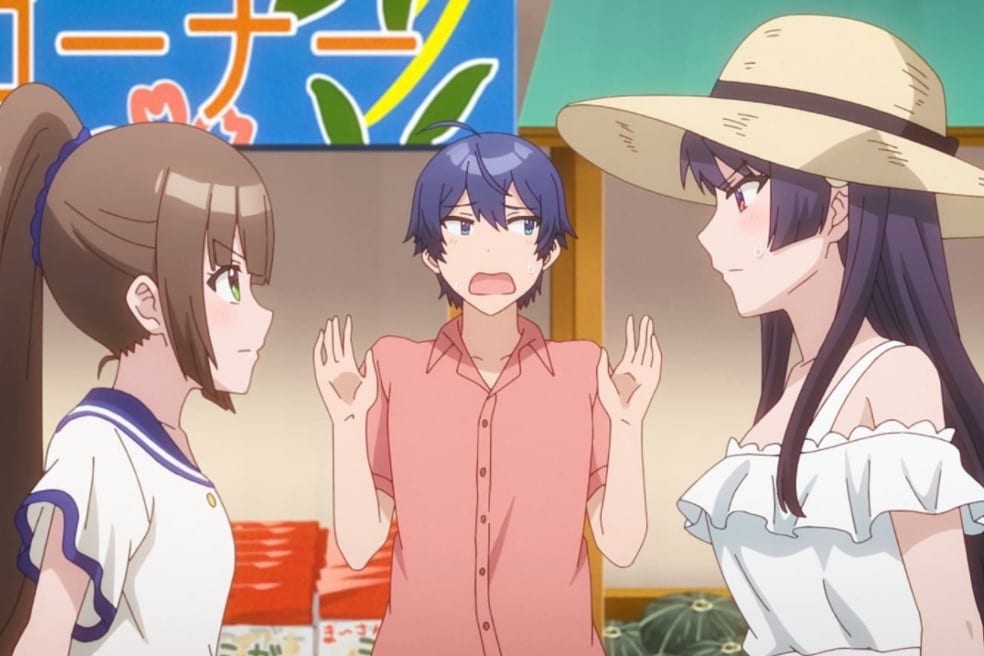 The rival love story continues after Haru breaks his arm during trying to save Kachi. The students are enjoying summer vacation and persuade the idols’ dream. In the morning, Kachi feeds Haru since his arm got broken. Only a single episode to conclude Osamake: Romcom Where The Childhood Friend Won’t Lose. Haru heads to the bathroom after realizing that Kachi wants to trap him into sharing the same bed. Haru communicates with Kai asking for advice. Kai told him not to hesitate and do what a real man does.

Haru replies that he was expecting that answer from Kai. Kachi knocks on the bathroom door, asking Haru if he is okay. Haru replies that he is coming back now and whisper to Kai to give him advice since he has been through this before. Kai told Haru to go back and have a blast. Unfortunately, Maria and Kuroha arrive when Haru opens the door. Haru realizes that his chance to spend golden time with Kachi got ruined. The girls ask Haru if he has a stomach ache since they have been standing for a long time.

Maria thinks someone fed Haru with something terrible. Kuroha and Kachi look at Maria since they are the ones who cooked the food that Haru ate. The girls wonder if she wants to take the spotlight alone. They both head to the living room and enjoy drinking soda. Kuroha tries to call someone, but she couldn’t connect, and Haru wonders if it is a lousy service. Kuroha replies that she guess that her mom is at work, and Maria told her that she couldn’t stay overnight without her mom’s permission. Haru tries to chase Maria by asking why she is here.

Haru wants the two to leave and give him some time with Kachi. Maria comments that she heard that Haru got injured and rushed here. Haru notices that the trio is not getting along and tells them to cooperate. Maria listened to the doorbell and rushed to open the door. Haru stopped her and told her to stop saying his surname. Maria replies that since she is Haru’s future wife, she must get used to speaking his surname. The girls wonder what is happing in the kitchen.

Haru asks her if she knows what she is saying. The voice from outside said, ”I can hear you hurry up and open the door.” Haru realizes that it is that twisted woman, Midori, and rushes to open for her. He told Maria not to upset the neighbors. Haru gets upset to see that Midori is a young lady and can be her rival when it comes to love. Kuroha arrives after realizing that her sisters have arrived. Aoi also enters the house and gives a gift to Kuroha. Haru asks Aoi if she enjoyed the last trip since it ended when he got hurt. 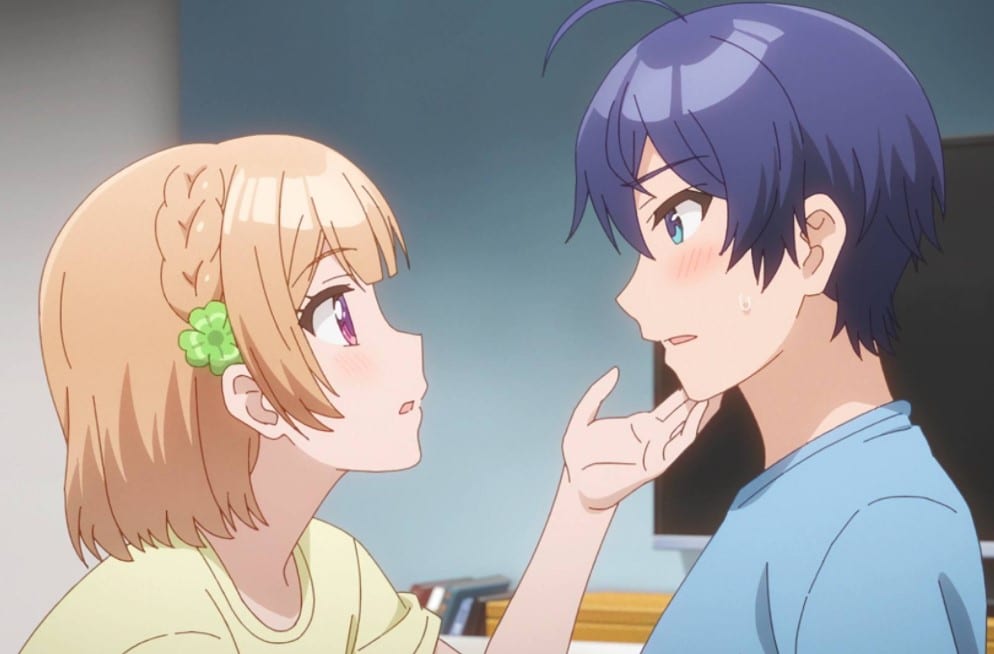 Aoi told Haru to talk with Kuroha, not her, and Haru wonders why. The girls understand why Aoi said that to Haru. Akane is also behind Aoi, and Haru notices that she is also here. Haru wanted to touch Akane, but she said she was heading home, and Aoi followed her. Haru wonders what is wrong with Kuroha’s sisters. Kuroha and the others girls know that her sister has a crush on Haru. But they sacrifice their desire for Kuroha since she loves Haru wholeheartedly.

Haru asks Midori if he has done something wrong. Midori shakes her head and realizes that she can’t break the girls’ code. She ends up telling Haru that they are bored of him because the girls are always around him. Midori thinks that Haru is pervy, and Haru touched her. Midori took her hand away and realizes that she is on the list of Haru’s crush. She was trying to act tough and laughs at Haru, but when he touches her, things changed. Haru wonders why Midori is acting like the other two sisters.

Midori told Haru that she is a teenager, and when boys grab her hand like that, she freaks out. Haru laughs at Midori that she is a teen, and Midori smacks his head with a back heel kick. Kuroha comments that it is Haru’s fault and whisper that makes her love him a lot. Haru falls on his back, and Kuroha crawls toward him, telling him that she never said ”I love you” game was over. Fortunately, the phone call saved him, and Kuroha talks with her mom. Later Kachi told the girls that she hurt Haru. Kachi also said I owe him that degree of service.