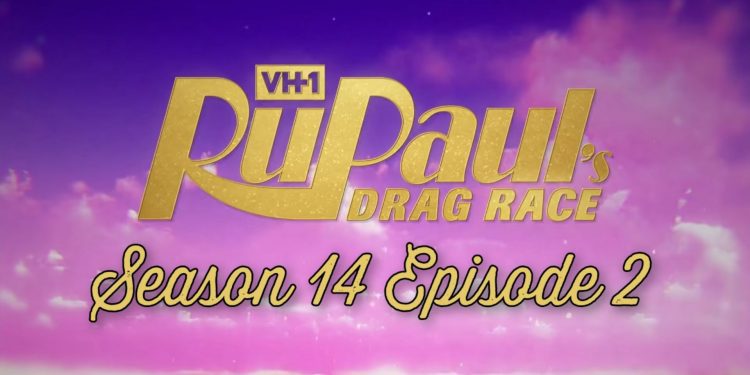 RuPaul’s Drag Race was a breath of fresh air for reality tv shows. This American reality show is the first in the Drag Race franchise, produced by World of Wonder. The show is about RuPaul, a famous American drag queen, actor, singer, model, television personality, and author. RuPaul has been considered one of the most commercially successful drag queens in the US and was also included in the annual Time 100 list of the most influential people in the world. In 2019, Fortune noted RuPaul as easily the world’s most famous drag queen, searching for America’s next drag superstar. Let us look more about his show, Drag Race Season 14 Episode 2.

For those who don’t know who is a drag queen, a drag queen is a male who uses drag clothing and makeup to imitate and exaggerate female gender signifiers and gender roles for entertainment purposes. In modern times, drag queens are considered gay men and gay culture. There are many reasons people do drag, including self-expression to mainstream performance. Drag shows are mainly lip-syncing, live singing, and dancing. Usually, drag queens perform in events such as gay pride parades, carnivals, and drag pageants. There are different varieties of drag queens based on the type, culture, and dedication, and they work in films to occasional drags.

As we have mentioned before, this show is about RuPaul searching for America’s next drag superstar and preparing them for that. RuPaul is the host, mentor, and head judge for this series. The contestants have to go through different challenges each week. Other than RuPaul, the show has judges including Michelle Visage, with an alternating third judge of either Carson Kressley or Ross Matthews.

Alyssa Hunter did Lip-syncing, Bosco did Burlesque and June Jambalaya did African dance, Kerri Colby did Jump rope/lip-syncing, Cornbread, “The Snack” Jeté did Lip-syncing, Orion Story did Comedy skit, and Willow Pill did Self-care in quarantine. In this episode, Lizzo appeared as the Guest Judge, with the alternate judge being Ross Mathews. The main challenge was to perform a talent show in front of the judges, in which Kornbread “The Snack” Jeté won the challenge with the prize of $5,000 cash tip. Meanwhile, out of June Jambalaya and Orion Story, Orion was eliminated.

After the elimination, the rest of the queens move towards the next episode of Drag Race. RuPaul’s Drag Race Season 14 Episode 2 will be released on 14th January 2022. Pretty sure we will be seeing a lot of drama just like the previous seasons.

Top 10 Anime Betrayals That Shocked Everyone