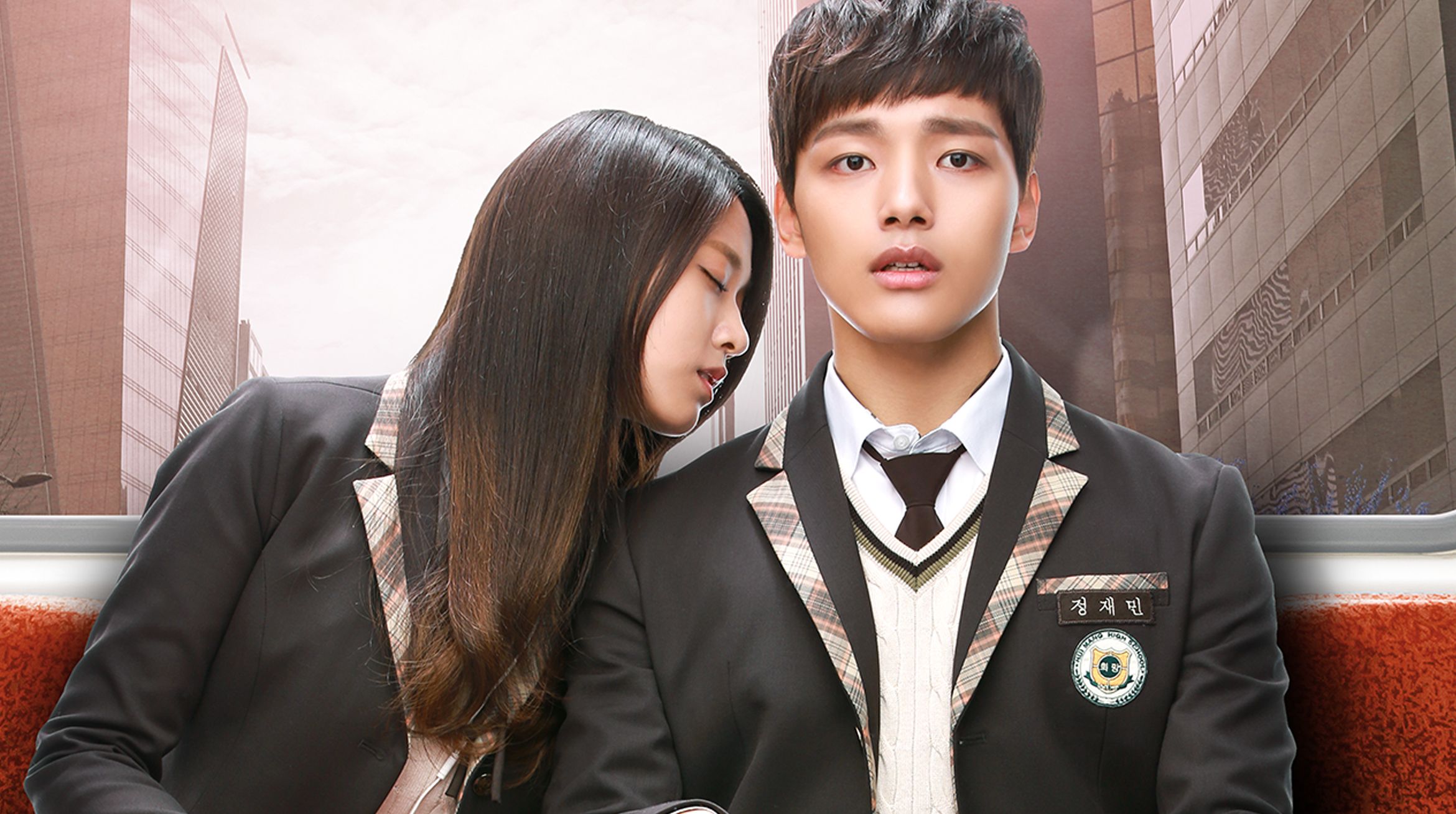 Orange Marmalade, as the name suggests, is a sweet South Korean drama with a bit of a quirky side. Orange Marmalade, 오렌지 마말레이드 in Korean is an adaptation of a webtoon that goes by the same name ”Orange Marmalade”. The webtoon aired on NAVER Webtoon from 2011 to 2013. This television drama series was aired on KBS2 and had a total of twelve episodes.

This drama mainly consisted of a fresh caste which just topped up the ” Teenage Romance” appeal of the drama. To side caste, this drama is a typical vampire romance drama where at the end, one of the two main leads feel betrayed and endangered by the fact that the other is a vampire would be wrong and would be an insult to the fresh cast of the drama. This drama is set up in a fantasy world where humans and vampires co-exist, the vampires have advanced and human blood is not their only hope of survival. Although, a peace treaty has been signed the vampires are still feared and are treated as an outcast. In this article, we will talk to you about what makes the drama special, who among the cast did well, what the drama got right and where it faltered. 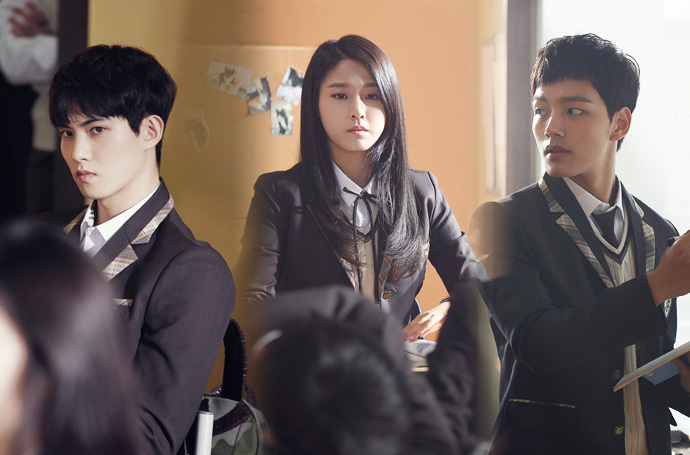 Orange Marmalade brought a fresh cast to our screen beside the regular Yeo Jin-goo, who is charming enough to freshen up the entire mood. Yeo Jin-goo plays the character of Jung Jae Min, the popular boy who loves music and hates vampires. Kim Seoulhyun plays the character Baek Ma-ri, a beautiful young girl who was discriminated against when she was younger because she is a vampire, but her determination to graduate high school is stronger than anything, which leads her to transfer to a new school where she keeps her vampire identity a secret.

Lee Jong-Hyun plays the character of Han Si-hoo, who is a vampire, and Baek Ma-ri’s childhood friend, we all know where this is going, right? If you are a regular in the Kdrama world, then you must be familiar with a soft childhood friend who more often than not serves as a second lead who has feelings for the main character but does not confess because he is afraid that it will ruin their friendship. Gil Eun Hye plays the character of Jo Ah Ra, who is the most popular girl in school, and she obviously wants the most popular boy in the school i.e., Jung Jae Min, in this case, to be her boyfriend. Jo Ah Ra is enraged when she notices Baek Ma-ri and Jung Jae Min getting close and feeding into the stereotypes set up by the society that requires every single popular girl who does not get what she wants to become a bully, that is exactly what she does and starts bullying Baek Ma-ri in secret.

The drama mostly gained popularity because of the loyal fanbase that Yeo Jin-goo has gained for himself through his soulful acting. The other cast members, although new, have done a brilliant job and totally make the drama adorable and youthful due to their fresh acting.

The supporting cast includes talented actors as well such as Ahn Gil-Kang, Yoon Ye-hee, Song Jong-ho, Lee II-Hwa, and Jo Yi-Hyun. Kim Seol Hyun, who plays Baek Ma-ri, gained a lot of popularity, and Orange Marmalade was one of her first main roles and can we just give this girl a clap because she was amazing.

The drama comes under a totally sweet and adorable high school drama, but that is not what it totally is. This was Yeo Jin Goo’s first drama where he starred in the main role. The starting episodes revolve around Jung Jae Min falling for Baek Ma-ri without knowing the fact that she is a vampire. Baek Ma-ri tries very hard to keep her vampire identity a secret and also is having a hard time because she is facing bullying.

What They Did Right?

The cast was well known and famous. The main lead role of Jung Jae Min was played by the beloved child actor Yeo Jin Goo. People loved seeing him star in a Korean drama as the main lead. One more fact is that many of them had watched him grow up acting on the TV screen. Next up is the name of the actress who played the role of the teenage vampire Kim Seol Hyun. Many people would know her as a member of the girl group AOA. Viewers were curious about how the girl group members would act. And they were satisfied by her acting skills, saying that she did pretty good acting. There was another band member in the kdrama. Lee Jong Hyun had played the role of Han Shi Hoo. People were not totally satisfied with his acting, his acting was very stiff but could improve with a little practice.

The next thing was the light and youthful vibe of the kdrama. Despite some of the cast members being rookies, the first two episodes had a strong start. The two episodes were youthful and had the right amount of mix of the fantasy world of vampires and the struggle of teenagers in high schools. The idea of a vampire girl having a secret and also the cute relationship going on gave the kdrama a cute vibe to it, there was also a mix of fear that her identity could get revealed. All in all, the kdrama was light and fun to watch at the beginning.

The fans and I personally like the visuals and music. It was like having beauty alongside a sweet story. It was a good touch to the sweet drama and also like we all know we can feel things with music, for example when you play sad music you feel sad, that’s the case with this and every kdrama too.

What They Did Wrong And How Could Have They Improved?

The series had gone from light and youthful vibe to a vibe of tears and violence. Not to mention, there was an actual suicide in the fourth episode of the series. That fast drop from cute and fun to a Melo vibe didn’t bemuse a majority of the audience and make them stop watching the show. We could have got at least a tiny bit of insight into the Melo vibe coming on, but they didn’t.

The main bummer for many of the audience watching the kdrama was the unnecessary and confusing shift from modern time to the Joseon era. There were many people who are loving the show prior to the shift but suddenly dropped the show and simply didn’t want to watch it. The reason for their dropping out could be that they were watching the show as they thought they were going to watch a high school love triangle and more, but what they got is a shift in time. While some liked the shift, they need to agree that there should have been a smoother transition from the Joseon Era and the modern time.

And what got fans more confused, as already mentioned, the jump in the timeline. Many people did to at all understand what was happening at all. Something would happen, and viewers will have no clue of why and how it happened. This had been a total drawback for the TV series. But the bright side for this was that the fans got more insight into their favorite characters. It also showed how both Han Shi Hoo and Jung Jae Min had fallen for Baek Ma Ri. Something else to be happy about was the brotherly bond of Han Shi Hoo and Jung Jae Min that was showcased during the Joseon Era.

The series did start to make sense in its third part, where they come back from the Joseon Era to the modern time. It had a sweet and satisfying ending with everyone accepting the differences and diversities in each other. The last episode had a very light and sweet ending, just like the beginning of the series. Orange Marmalade as a group was also very heartwarming. They not only joined in for schoolwork but also for their band practices which makes many people like me feel happy.