Thrillers are such a popular genre for the nerve wreck it provides. One such thriller, Open Water came out back in 2003. Following the movie’s success, a second and a third films were added to the franchise but neither had a connection with each other. Classic endings of thrillers mostly end with a peaceful ending. But, Open Water likes ending things with a style. Open Water 2, which came out in 2006, had a painfully confusing ending. As someone who has had a habit of binging thrillers till 3, Open Water 2 left me scratching my skull and looking for answers. It’s almost like the movie is speaking back, suggesting that we can imagine whatever end we desire. But the confusion got me thinking deeper into understanding the situation and the ending better. Looking for an Open Water 2 ending explained? You are just at the right place!

Open Water 2, which was first titled ‘Adrift’ was a good thriller. Probably not the best and nothing close to perfection. But, the horrific situation it creates is enough to creep you out enough of cruises and voyages. For a horror movie, that, of course, is a compliment. The ending might come off as abrupt and as aforementioned, confusing, but I think that is one of the best things about it. It expands the viewer’s imagination into the many possibilities. The questions it raises are the most fun to discover.

Are Amy and Dan dead? If yes, then how after they were clearly rescued? Here is the Open Water 2 ending explained and my personal take on it. If you haven’t watched it yet, you can watch it on Netflix.

Also Read: Michael Avenatti Net Worth: How Rich is The Controversial Lawyer Now?

Six friends (Amy, James, Zach, Lauren, Michelle, Dan) and a baby decide to go on a cruise on Dan’s Yacht. But they mess up when all (except the baby) go swimming with no one on the yacht to help them get back up. This leaves them panicking for hours until four of them die one by one, leaving only two to survive (or do they?). The movie’s horror begins with stupidity but the characters continue being stupid to death. The three of the six friends; James, Zach, and Michelle encounter some of the most unique yet believable ends which makes it even more frightening. James dies from a concussion, Zach from blood loss, and Michelle just drowns while panicking. We don’t really know what happens to Lauren because she swims away. The baby is still on the yacht, by the way, and it is also pouring rain.

Amy and Dan work together and Amy manages to get into the yacht. Dan tries to drown himself thinking it was all his fault but Amy saves him. A fishermen’s boat rescues them after they hear Sarah’s crying. The last scene shows baby Sarah and Amy on the boat with an unconscious Dan lying on his stomach and a towel covering his lower half. 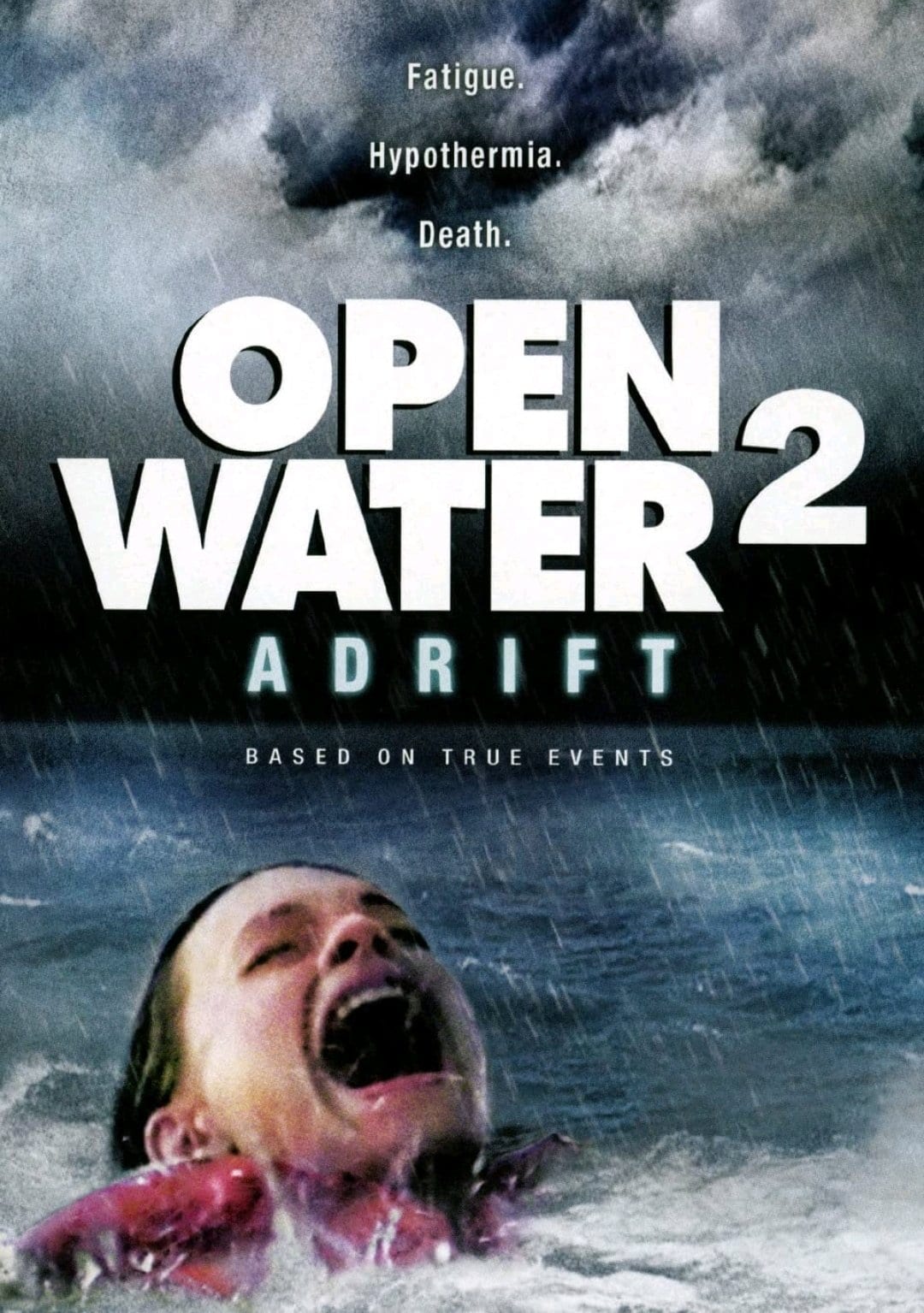 Also Read: Alvaro Morata Net Worth: How Much Does the Professional Footballer Earn?

After the traumatizing event, Amy is definitely shocked and Sarah does not know what’s up because she does not have the IQ to grasp how deadly the night before was. But what about Dan? Dan does try to drown himself but a hydrophobic Amy goes to save him. The next part flashes between the cut scenes of Amy’s past trauma of seeing her father drown and her present desperation of saving Dan. When she is trying to pull him up, we can see bubbles coming out of his nose, clearly proving that Dan was alive at that point. The scene changes to the Fishermen saving them the next morning. Here’s the Open Water 2 ending explained based on my speculations.

Amy and Sarah indefinitely make it out alive. But there is uncertainty regarding Dan’s fate. The movie ends without properly specifying if Dan died or if he was just unconscious in the last scene. However, there are a few points that lean towards the possibility that Dan had, in fact, died. The first thing that is suspicious is that we see Amy saving Dan but never did we see him getting saved. Sure, he might have been alive while she was pulling him out of the water but they were at a considerable distance from the yacht. Seeing how the other friends died, makes it a big possibility that Dan could have died either when he was getting saved or over the night before getting rescued because of the water in his lungs.

Another big indication that Dan was dead is his posture as he was lying down. It just looks too uncanny for people to lay an alive man on his stomach and on the floor. Also, my curiosity led me to watch the last scene at 0.5x speed and it is difficult to tell if the actor is even breathing. So, I believe that Dan had already died. Also, Amy’s facial expression depict shock. Of course, she has been through a traumatizing experience but she is staring right at Dan’s body which makes me further want to believe that he had died at this point.

Of course, these are all speculations on my part because the Open Water 2 Ending Explained would just be incomplete without it!

The movie has a lot of parts where it may annoy you but once you complete it, you cannot help but understand that most of them were actions out of fear. I don’t know if this was really the idea, but the movie makes sure to emphasize how badly fear can affect our system. A lot of things go wrong and you are bound to think that half the things won’t have happened if it was not for their panic and, of course, carelessness. the movie begins with a small mistake that turns into a disaster. But, the characters continue to make stupid mistakes like Michelle trying to swim away and dying and Zach getting aggressive and bleeding himself to death. 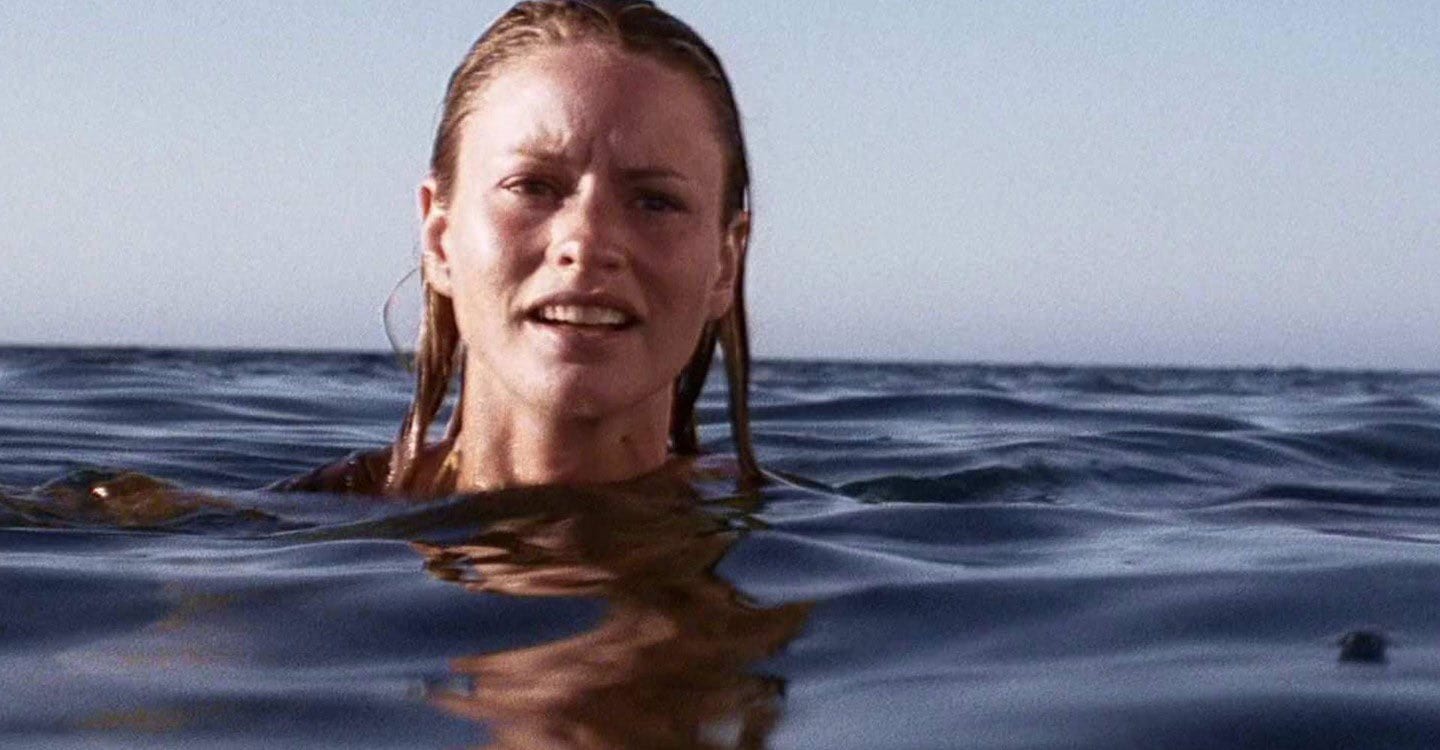 At first look, it might look like a movie about friends just enjoying the sea in their bikini tops and beach bottoms. But, as the movie progresses, you keep expecting a shark to make a special appearance at least once. Although I made quite a speculation about the ending, I still have a major question lingering in my mind: what happened to Lauren? Like seriously, where is she? Did she die or did she actually swim offshore? Or did a shark make an appearance at her end of the story (if you know what I mean)? It’s almost funny because the film lets Lauren swim away and just forgets about her.

No matter how stupid the characters were, the movie succeeds in painting the dreadful picture in our hearts. I would be lying if I said I wasn’t scared because the situation kept failing, keeping you constantly worried about the end and hence making me acknowledge it as a good thriller movie.

Also Read: Marton Fucsovics’ Girlfriend: All About The Ongoing Controversy!

Open Water 2 is a German movie which premiered on 10 July 2006. It was directed by Hans Horn. It is based on the Japanese short story by Koji Suzuki, titled ‘Adrift’. Open Water 2 claims to be based in true events. The movie was created as a part of the Open Water franchise. Dan Maag and Philip Schulz Deyle produced the movie. It was licensed by Netflix and is currently streaming on the platform. The movie had a 1.2 million USD budget and earned 6.8 million USD at the box office, which can be considered a pretty good success. On its release, Lions Gate Entertainment distributed the movie to the theatres in three different countries; Cambridge, Germany, and the USA.