Ooyuki Umi No Kaina is an original anime series that has been announced to be released by Fuji Ultra+ TV. The visual teaser was dropped just a day ago, and the response has been amazing from fans. The news comes from the studio named Polygon Pictures, and this anime project will mark its 40th anniversary. This anime is an original work by the mangaka Tsutomu Nihei who was the mangaka of “BLAME!”. BLAME! was published from the year 1997 to 2003, and it was a post-apocalyptic, cyberpunk action manga series. It also had a 2017 Netflix movie adaptation. So it is pretty safe to say fans have loved Tsutomu Nihei-s work for a long time and are very much eager to find out what he has in store for us with this new anime.

Ooyuki Umi No Kaina has been a passion project for Tsutomu Nihei. He has conceptualized this for a long time, and it is finally coming to life with the help of Polygon Pictures. This series will also have an original manga series released. The manga will come out on 26 February 2022, and it will be serialized in “Monthly Shonen Sirius”. The manga will be distributed throughout the world on Crunchyroll except in Asia. Don’t forget to check out all the newest updates about this anime from their official Twitter.

Ooyuki Umi No Kaina is an original anime series that has been announced to be released by Fuji Ultra+ TV block on 1 January 2023. The series talks about a world that has been covered with snow, like the coming of a new ice age. But it’s an evergrowing ocean of snow. Ooyuki Umi No Kaina, too, can be roughly translated to “Kaina of the great snow sea”. Humans are somehow making a living in this new destructive world.

“Kaina of the Great Snow Sea” will also have an original manga series, which will be released on 26 February 2022.  Since some of the staff listings for the anime have been released by now, we know that the anime series will be directed by Hiroaki Ando. And the manga will be illustrated by Itoe Takemoto. The screenplay will be handled by Sadayuki Murai and Tetsuya Yamada. The concept art and original character designs by Tsutomu Nihei are also available on their official website.

The creator Tsutomu Nihei has said that this has been a project he was involved in for a long time. He says he finds it strange that his ideas are finally coming to life through this anime and manga made at the hands of other people. The final product will be a little different than the way he had visualized the manga at first, but he is very happy with the final product Polygon Pictures has produced. So he just hopes that audiences throughout the world will enjoy the final product.

Kaina of the Great Snow Sea takes place in a world blanketed by an endless and evergrowing ocean of snow. Humans are now surviving by either huddling around the roots of some enormous trees spread across the surface of the Earth or living high in the canopy of the trees which spread over the planet’s atmosphere. Humanity has carved out life above the Tenmaku (A wordplay on the Japanese word for tent) that stretches from the roots to the tops of the giant ‘Orbital trees’.

Here in this deadly world, a chance meeting between Kaina and Liliha (Japanese pronunciation Ririha) will change this world’s destiny. Liliha is a young woman from the surface, a princess from the small country of Atland in the Great Snow Sea. Whereas Kaina is a youth who has lived high up in the canopy of these high ‘orbital trees’. The official site describes the anime as a “boy-meets-girl high fantasy”. When the celestial boy Kaina from the heavenly membrane meets the earthly princess Liliha, a story that will save this perishing Earth begins to unfold.

Where to watch Kaina of the Great Snow Sea?

Kaina of the Great Snow Sea will be released on Fuji Ultra+ TV and some other channels in Japan. The visual trailer and original character designs by Tsutomu Nihei are available on their official site. Please keep track of the official website, which will keep giving you regular updates about all their socials. 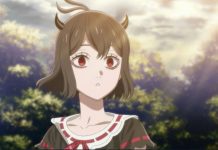 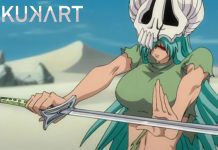