From The Sets Of Only Murders In The Building

Selena Gomez is returning to her roots with the upcoming Hulu original Only Murders In The Building. It’s been so long since we last saw Selena Gomez on our small screens. The destination that made her the high-profile star she is today. As we mentioned, we are already missing the Hannah Montanna appearances and her own show Wizards Of Waverly Place. Anyway, it’s high time because Gomez teaming up with Steve Martin, Martin Short, and Aaron Dominguez for her TV return. A comedy series coming from the minds of Steve Martin and John Hoffman. Plus, the show is coming this year soon.

Only Murders In The Building Plot

Even though there are not many details on Only Murders In The Building. But the cast members and creators have spoken from time to time about the series. Martin Short is the one who revealed quite a breakdown for the plot of the film talking to Daily Beast. So here is how the plot goes. It features three characters living in an apartment in New York. They have only seen , nodded, and acknowledged one another. But if you see their apartments, the story for all three is quite the same.

Selena Gomez From The Sets Of Only Murders In The Building

The three characters come to each other’s apartments which look like a place for a detective, actually. A crime geek, to be clear, the one who loves hunting down crime stories and criminals. There comes a time in the elevator when the three main characters are with the fourth person. The same fourth person is later found dead. So all three are bent on solving the case. But by only staying inside the building and won’t bother to leave the place.

Selena Gomez, on the other hand, has teased the show about being a dramedy. We can expect the show to bump from being serious to completely hilarious time and time again. She compared the series to the other works of Steve Martin and Martin Short. So it’s more of a crime story with comical elements here and there. Plus, we are in for Selena Gomez and Aaron Dominguez romancing on-screen, as revealed by photos from the paparazzi.

The Cast For Only Murders In The Building

The Cast for Only Murders In The Building, like mentioned above full of big names. The roles they will be playing go like this. Selena Gomez as Mabel Mora along with Steve Martin in the role of Charles and Martin Short in the role of Oliver. They all will be playing a similar character of being a crime freak bent on investigating a case. 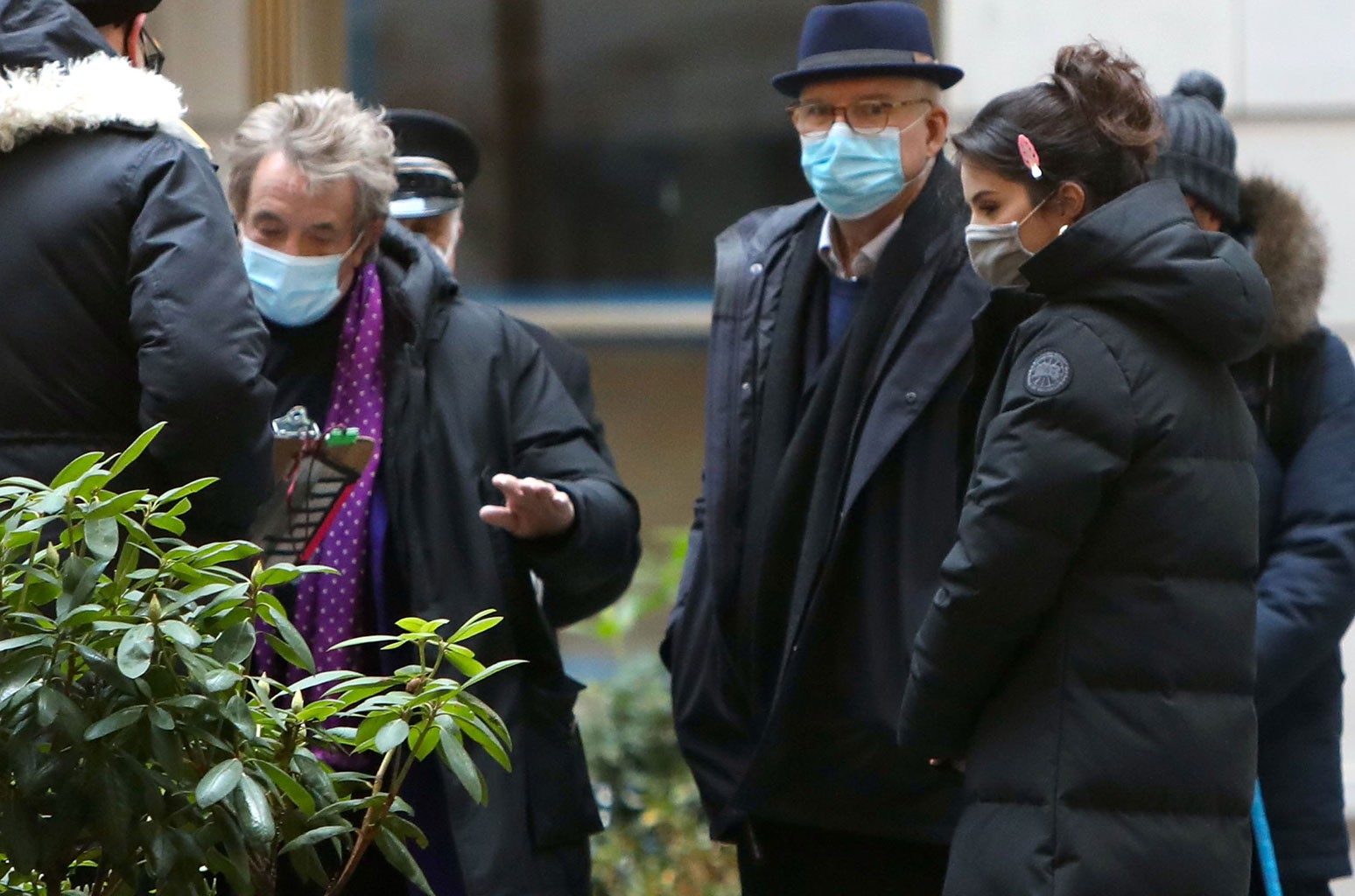 Martin Shorts, Steven Martin, And Selena Gomez On The Sets Of Only Murders In The Building

On the other hand, joining the trio are Aaron Dominguez as Oscar and Amy Ryan in an unannounced role. Plus, Nathan Lane joins in for a recurring role. Sting and Jane Lynch will also be appearing in undisclosed roles for Hulu’s Only Murders In The Building.

Only Murders In The Building Release Date

There is no official release date for Only Murders In The Building yet. So far, Hulu has only teased, saying the series is coming in 2021. So we have fingers crossed. The show might have gone through difficulties due to the Covid-19 Pandemic. The shooting, as we know, began in early December 2021 in New York City. It has continued for the following months and continues to do so now. We are crossing our fingers for Hulu’s Only Murders In The Building to arrive in late 2021.

Only Murders In The Building being a Hulu Original will definitely be available to stream exclusively on Hulu for viewers in the United States. The series will be available to watch on the forthcoming Star hub on Disney+ for international viewers. The Hulu crime-comedy is a creation of Steve Martin and John Hoffman. The series will consist of a total of ten episodes.

Also Read: 10 Best Drama Series On Hulu That You Can Watch Right Now