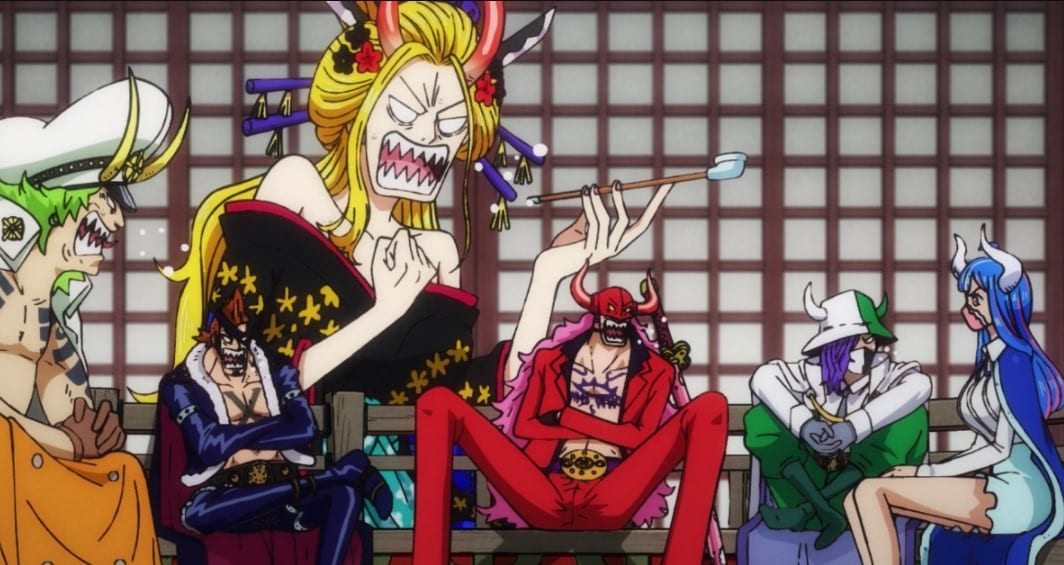 While the Onigashima raid arc has just started in the anime, One Piece manga is at the peak of the war, and we might approach the end very soon. The latest One Piece manga chapters have seen Kaidou’s Tobiroppo fall one after another ever since the raid started. It looks like this is happening so fast, and if we account for few chapters that have been mostly affected by the manga breaks.

The last chapter of the manga was released last weekend which meant that it would be a while before we get another one. So it is yet again that time of the month that we get to look back at the recent chapters of the manga and connect all the dots that we might have missed throughout.

July saw only two of the chapters released, which added a little bit to the action that had developed from June. So what we have got so far from the manga, we can say the chapters are a building to the end of something. Let’s hope this would be the end of Wano’s act 2 because it has been going on for a while. So what more would be suitable for the end of act 2 than the defeat of all Tobiroppo then, from there, we will be left with the battles of the higher-ups.

This is because Queen is still toying with Sanji; Jack is on the hunt for the Akazaya nine while we are yet to receive more action from King’s side. Meanwhile, Yamato holds off Kaidou for another upcoming showdown with Luffy, so taking all of that into account, then it would be reasonable to say that Wano act 2 is very close to its end. We will also take a look at how all of Tobiroppo were defeated so far, with only one of them left standing.

Five of The Six Tobiroppo Defeated in Onigashima Raid 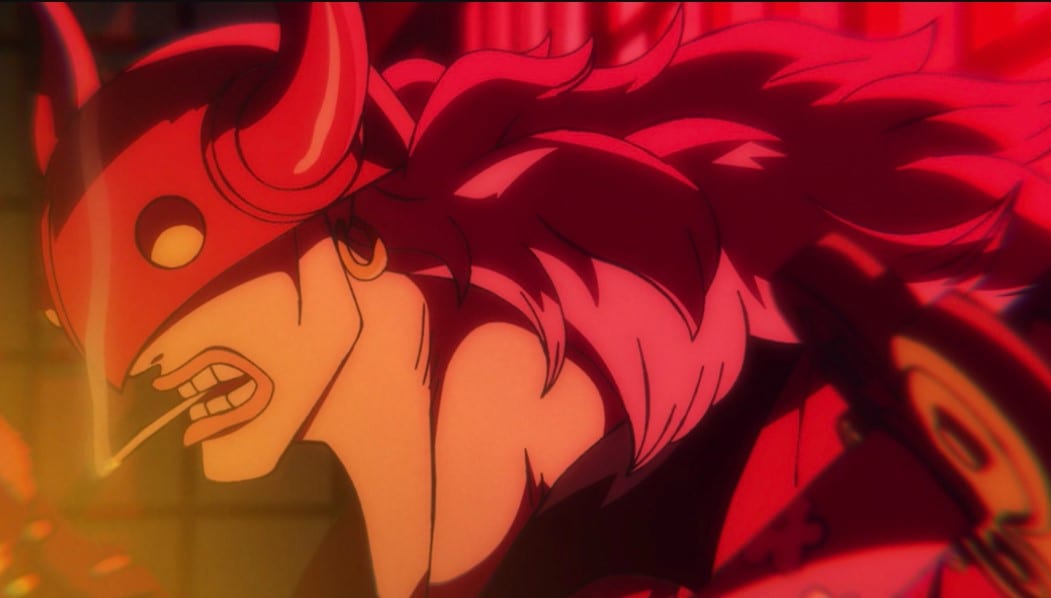 Whos Who One Piece Anime

Taking a look at how all these started, the first Tobiroppo to bout out of the Beast Pirate’s way is X Drake. After he was almost killed by Queen and Who’s Who, he changed sides and betrayed them. So from that moment, only five of the Tobiroppo remained. The Onigashima raid then continued intensively with Luffy and all of the worst generations heading to relieve the Akazaya nine from their losing battle against Kaidou.

Then we saw what has been an interesting moment so far when Big Mom partnered with Kaidou and made easy opponents out of them, which led to Law devising a plan to separate them. When it comes to one on one the Samurai and their alliance have no chance of winning this raid. But the recent events are in their favor, with Big Mom running rampant in Onigashima.

Big Mom’s rampage ended up with the defeat of two more of the Tobiroppo, Page One and Ulti, thanks to the interference of Nami and Usopp. Even though Big Mom partnered with Kaidou in this raid, it looks like she plans to do things her way and wouldn’t hesitate to take out Kaidou’s crew members while she does whatever she wants.

Fast forward to how things are going now; the manga has focused mostly on the Tobiroppo fights where we saw the straw hats and Co easily defeating them. We can say the ones that have had a hard time against the Tobiroppo so far have been nami and Ussop. Those are not the most combatant types in the manga and mostly play a supporting role, so we would understand why they had difficulties against Ulti and Page One. 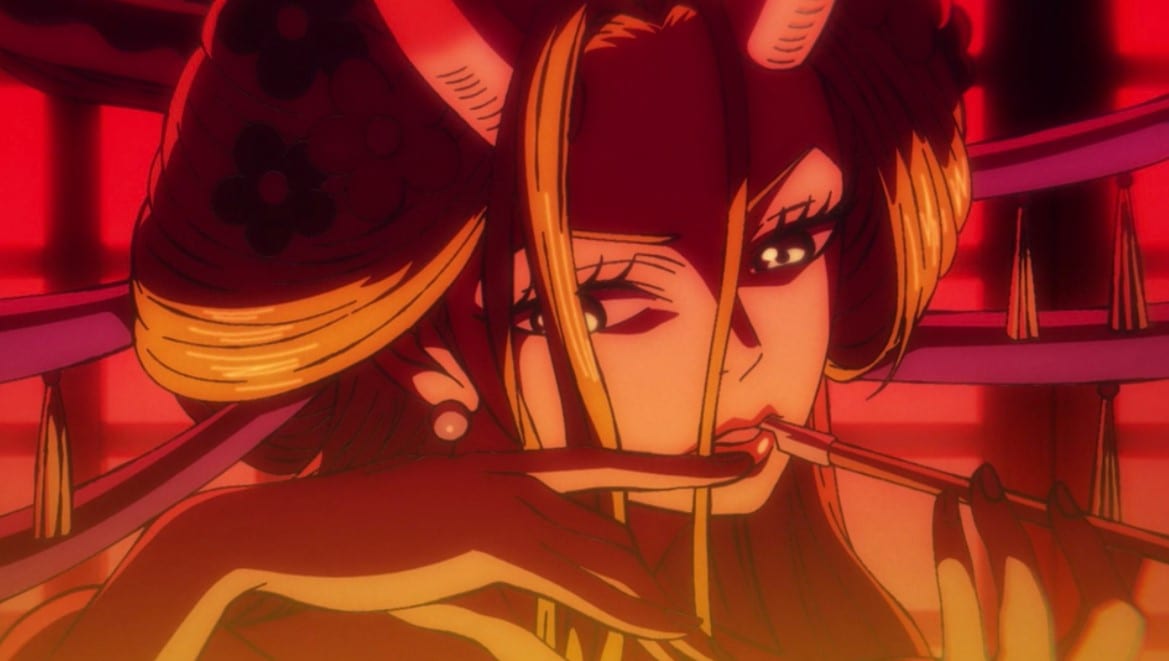 This was another one of the earliest fights we got to see in the manga chapters. We thought maybe it would receive more attention at first, but the manga shifted to other battles. First, it was Chopper trying to stop the events of Queen’s virus. Although we knew that Robin went to rescue Sanji, their fights have been on hold as Sanji rushed off to somewhere afterward.

Black Maria is the only Tobiroppo that we have not heard so much about in the raid. So her fight is the only one that remains. The rest of the Tobiroppo have fallen, so they will not have much impact towards the end. The battle against the Tobiroppo has been swift, going about two chapters at most. And this was in addition to other events in the Onigashima raid, of which not much is left, so the next encounter between Luffy and Kaidou will be until the end; we probably won’t get more distractions.

After Page One and Ulti, the next Tobiroppo fight that followed was between Who’s Who and Jinbei. Their encounter started earlier when Who’s Who was relaxing in his animal form, and he mocked Jinbei while his followers laughed. It looked like Tama played a key role and switched most of the gifters to her side, which managed to give Jinbe a fair fight.

If it weren’t for Tama’s ability, Jinbe would have struggled a lot, just like he did at first, with the gifters attacking him from all fronts. It’s a little bit difficult to believe that Who’s Who was defeated this easily; well, I guess this just shows how strong these guys have become as they were easily taking out the Tobiroppo. 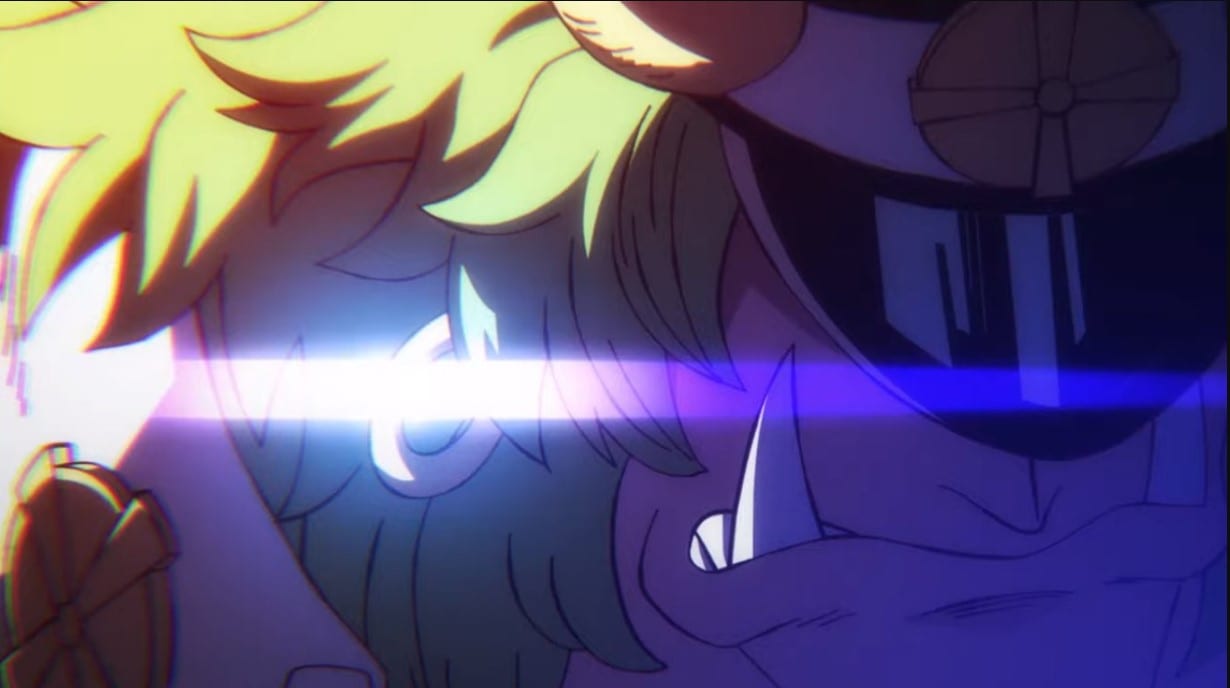 The latest chapter of the manga just brought in the end of Sasaki and Franky’s fight, and it looks like they are both out of stamina. Their fight started earlier as well, so we can see that this is how it ends. Sasaki carries a sword with him, so we thought maybe he might be some kind of skilled samurai.

This was the same with Who’s Who, the only other Tobiroppo who carried a sword. But in the end, we only found out that it was a short knife in a long sheath all along. So this means that none of the Tobiroppo are so skilled in combat but only rely on their devil fruit abilities. Otherwise, we would have seen them putting up a good fight against the straw hats and their allies.

The only person who seemed to be skilled in combat so far is Who’s Who, but he was up against a master of Fishman Karate, so, in the end, he was defeated easily without Jinbe even breaking up a sweat. So in the case that he should somehow recover again, Jinbe will still be able to stop him. But right now, we should see what Jinbe will do next as he remains unoccupied in the war.

It’s the same for Nami and Ussop; on the other hand, Franky seems to have received a great deal of damage. Chopper is on the doctor’s team, and with Zoro going to rejoin the fight soon, then we probably will see them trying to wrap up everyone else who is injured so that the doctors will take care of them. All fronts of the battlefield seem to be covered at this point. Only the great battlefronts remain, and regardless of the one that comes next, things will be hectic.

The next battle to come will be about Robin and Black Maria’s fight if the manga continues with the hierarchy of the fights that it has adopted so far. So this will happen in conjunction with updates from one of the top fights. So far, we have four battlefronts that will be even more interesting. Queen still faces Sanji, Jack is pursuing the Akazaya nine, Yamato is with Kaidou on the rooftop, and we are yet to get more updates from King’s fight.

So the next chapter of the manga will build more on those fronts. As soon as Black Maria and Robin’s fight reaches its end, then we will be witnessing a fight at a different level compared to those we have seen so far. I mean, Robin wouldn’t be the only straw hat to be defeated that would leave her with a bad reputation.

So now we should look forward to developments towards each of those fights. We can not predict what comes next, so let’s just wait for the next chapter’s updates. As usual, the manga will release One Piece Chapter 1020 on 1 August, so until then, we wouldn’t be really sure what comes next. The chapter will be available on VIZ Media and Manga Plus official platforms as usual. We can only hope that the manga continues where it left off. So we will see Yamato and Kaidou’s fight continue.