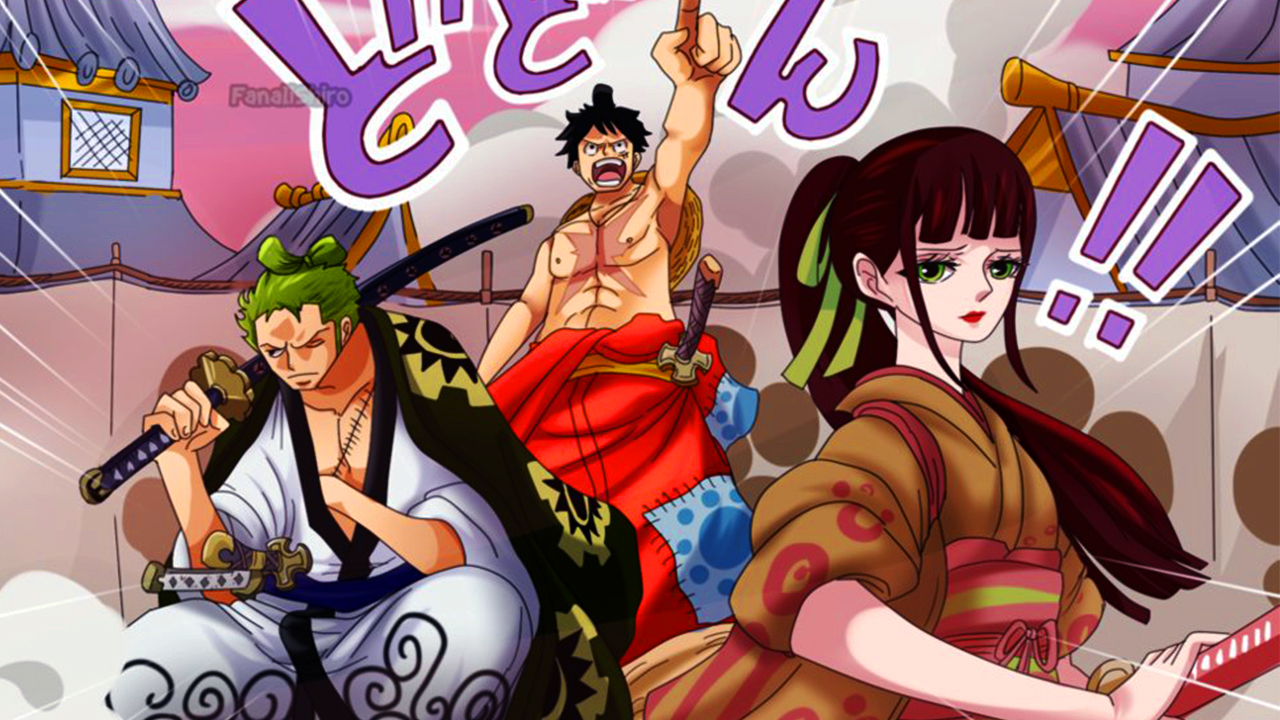 One Piece Chapter 917 was revealed to have a week’s break after the previous chapter. This is said to be the break taken by the writer of One Piece, Eiichiro Oda. No reason was given by the writer. I have included the new release date with the spoilers for the next chapter from raw scans.

In Chapter 916, we move further into the Wano Arc. Luffy and Zoro are moving into enemy territory. The kid, Tama, was abducted by some members of Beast Pirates. This group is headed by the Heldom who has Beast type devil fruit where his belly is a lion. Luffy first took on the Sumo fighter in a funny showdown that ended with him winning. This caused havoc in the square. Trafalgar Law who heard that Straw Hat has appeared is also heading to this scene. The Headliner “Hawkins” has also learned of the presence of Straw Hat Pirates.  So, a huge battle is sure to come soon.

Luffy has seen the state of Wano Kingdom. The people in the better areas are feeding on the supplies of small villages. There is great hunger. Luffy promised Tama that he will bring down Kaido and make food available for the people. Luffy has encountered a Samarai as well who is accompanying them to the rescue of Tama. In the anger against Heldom who is keeping Tama hostage, Luffy will target him next. As people warned, if anyone takes down Heldom, one of the three All-Stars, Jack will descend on the attacker. Luffy will defeat Holdem next.

Tama will be rescued. Moreover, the strong members of Beast Pirates will make a move due to this stir in the town. Zoro is accompanying Luffy right now. Both of them are a great team together. A huge showdown is coming soon.